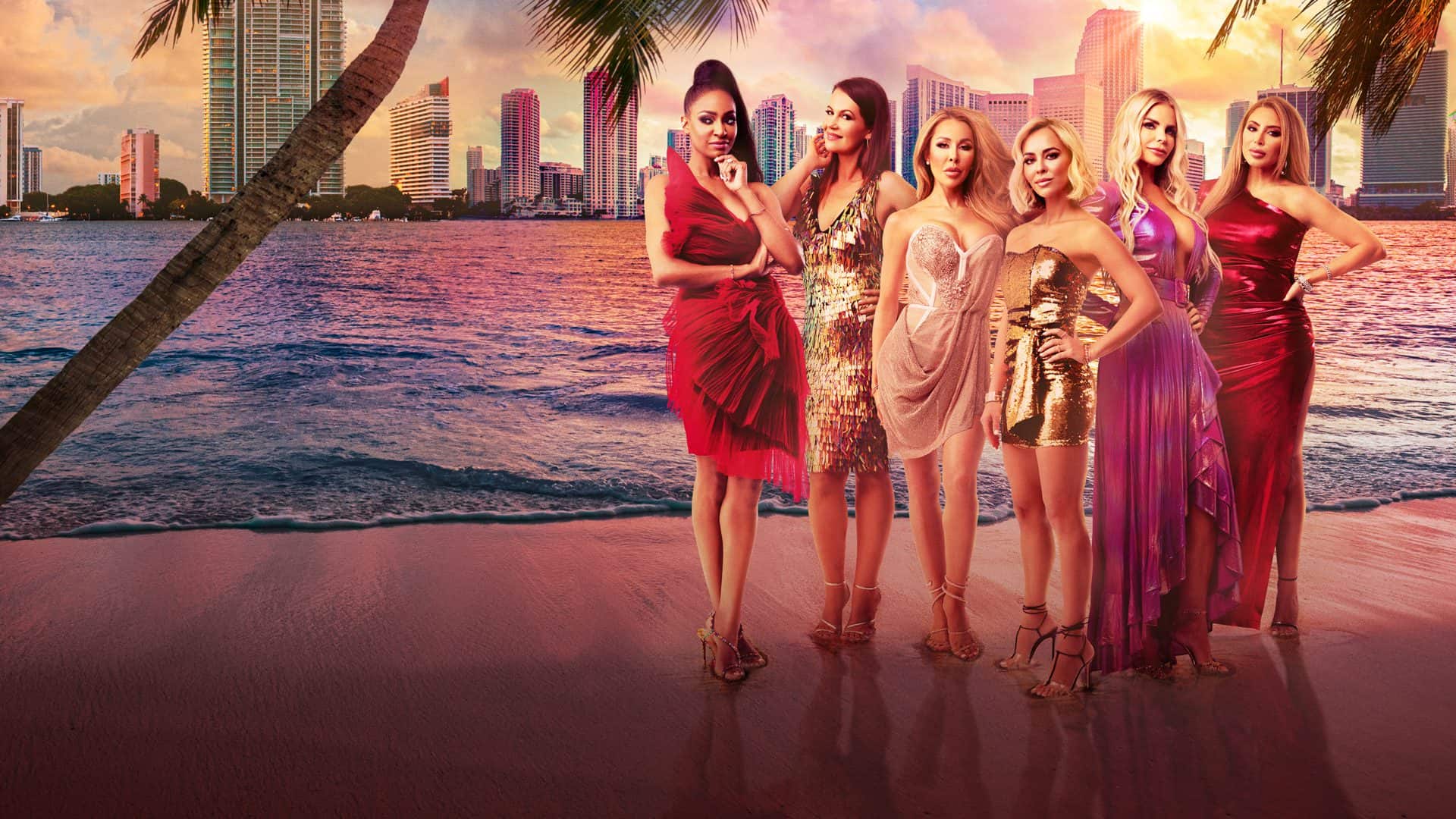 The Real Housewives of Miami Season 5 Episode 11 release date is right here, and fans are curious to know more. The series throws light on a bunch of elite housewives and women who are living in Miami and enjoying life from the core. They are also handling various business and personal life issues within themselves.

Back in the most recent 9th episode of the show, we saw that Larsa is not here taking off her boots anytime soon, and there is nothing less than what we expect from her. She gets into a new beef, this time with Nicole Martin. We have never seen Nicole get involved in anything, let alone beef with any other lady in the series. She likes to keep her business to herself and does not get involved a lot.

Anyway, Nicole has a lot of issues with Larsa right now. She hates her gut as Latsa always brings up Nicole’s ex-husband, who was a teacher. She feels defensive, as if Larsa is trying to look down upon Nicole’s ex-husband and his honest job. Later in the episode, she even brought up the issue that people have been judging Nicole for.

Larsa claims that Nicole sleeps with every doctor at the hospital. Nicole fights back with a simple statement about who Larsa thinks she is as she is judging her. Although, some fans claim that Nicole should actually be a bit gracious towards Larsa as she actually gave her something for the season and some drama that also involved her in being seen till the reunion episode. 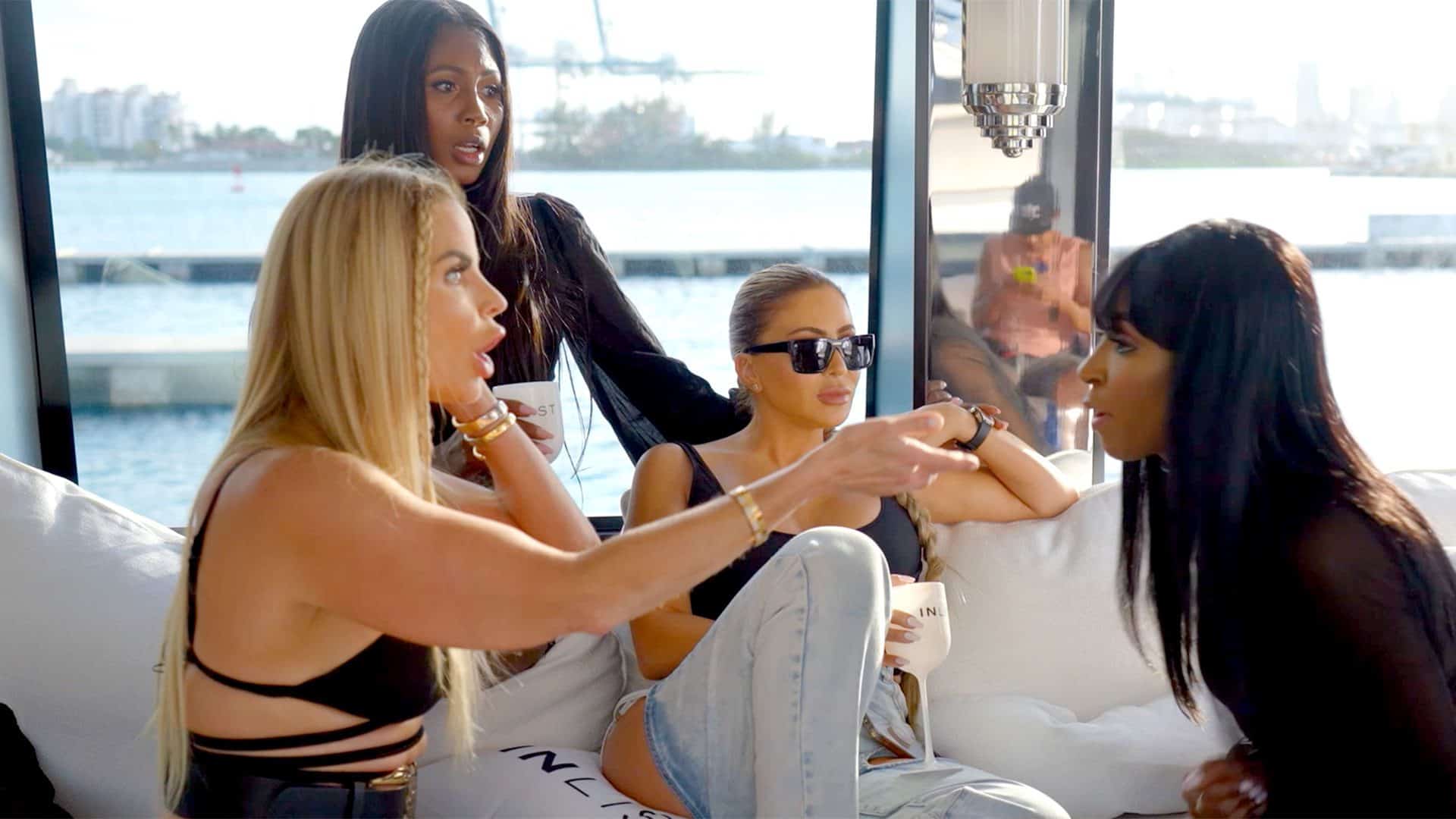 A still from The Real Housewives of Miami Season 5

Also, Lenny is causing a lot of conversations among the ladies. We saw that he went on to Page Six to talk about the whole divorce situation and how he already has a new girlfriend now. This was totally crappy on his behalf. This news came just a few days after he claimed that he and Lisa were actually on good terms now. He wants to move Lisa out of the house so badly and, thus, is trying to find a new place as soon as possible.

Well, the press was also interested in digging up more dirt, and Lenny’s new girlfriend thus provided her 15 seconds of fame. She gave her statement to the press, and it was written in the tabloids, which pissed Lisa off even more. This breaks out into a fight between Lisa and Lenny as the two talks on a call about what has just happened between them.

Soon after this very harsh fight where the f-word was involved, Lenny texted Lisa to get something from the grocery store. Latso is open-minded, and she literally said that Lenny had lost his mind, which was very true. In the most recent episode, 10 of the series, we saw that Larsa had been given an unexpected package.

As for Guerdy, we saw that he finally decided to make some time for his family and take part in the game night with them instead of just doing work. Nicole is now buried in this doctor rumor and, thus, is seen trying to defend her reputation at all costs at her engagement party. She also is avoiding her father this time. Julie is ready to make some new adoption plans and shares them with the whole group.

The Real Housewives of Miami Season 5 Episode 11 release date is on the 26th of January 2023. The episode is titled Black Card Energy. It will drop out on Peacock at 9 PM Eastern Time. New episodes of this reality TV series are only available through the streaming service every week at the same time on Thursdays.

The Real Housewives of Miami Season 5 Episode 11 will drop out on Peacock. We have mentioned the streaming details for all the fans who are curious to watch the latest episodes regularly and on time.

Also read: 51 Best-Selling Novels Of All Times That Have Been Made Into Movies & TV Shows