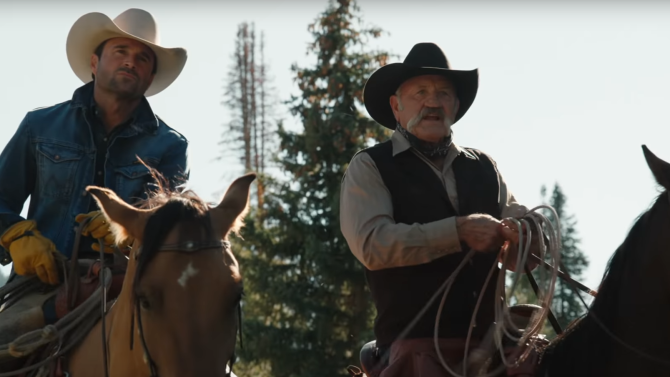 Arriving in June of 2018, Yellowstone, created by Taylor Sheridan and John Linson, premiered on Paramount Network, gaining 2.8 million viewers on the first 2-hour premiere episode. The show became the most-watched scripted series to be ever telecast on Paramount Network on the very premiere. Despite receiving mixed and average responses on the first season, the show started picking up in the next two seasons, with the second season gaining 88% approval rating while the third season of Yellowstone attained an 83% approval rating. So, since the first seasons, the fans had been fed-up with backstories that needed an explanation. It officially announced that Yellowstone would be indeed getting a prequel as co-creator and executive producer of the show Taylor Sheridan has signed a massive deal regarding the show.

As mentioned, Taylor Sheridan has struck a deal for multiple series with ViacomCBS and MTV Entertainment Group, with Yellowstone’s prequel being the first show to arrive from it. Various reports suggest a five-year deal with a nine-range figure grossing up to $150 million in success. So here we are, breaking down everything revealed about the upcoming Yellowstone’s prequel titled Y:1883 and what will the whole show be about. So let’s begin.

Read More: Top 10 TV Shows Like Bridgerton You Should Not Miss!

Yellowstone Prequel – What Is The Show About? 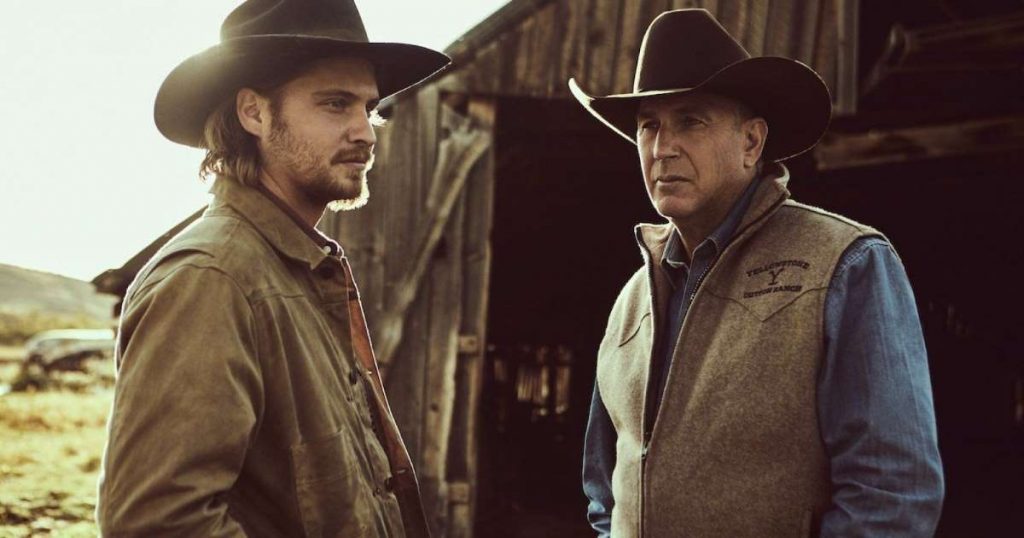 According to the official logline revealed by the Network, Yellowstone’s Prequel titled “Y:1883” will follow the story of the Dutton family as they embark on adventures through the Great Plains finding the road to the last bastion of untamed America. The show will be about the stark retelling of the West’s expansion and an intense study on how a family trying to run away from poverty is looking for a better future in Montana, also called America’s Promised Land.

If this wasn’t enough to get your hopes high for Y:1883, it’s been announced that Yellowstone’s prequel is set to get a teaser trailer during the Super Bowl on Sunday, February 7, that will give you a better glimpse into the show and even we will breakdown it for you once it airs this Sunday.

The Creators Of Yellowstone On The New Deal & Prequel

As evident, the prequel for Yellowstone is, the feelings for it resonated with the creators of the show, especially Taylor Sheridan, who co-created Yellowstone and serves as an executive producer for it. After the prequel announcement, Sheridan quoted that he is excited to continue the story of Yellowstone. At the same time, he thanked the executives at ViacomCBS and MTV Entertainment Group, who allowed him to do so to expand the Yellowstone family for the fans. 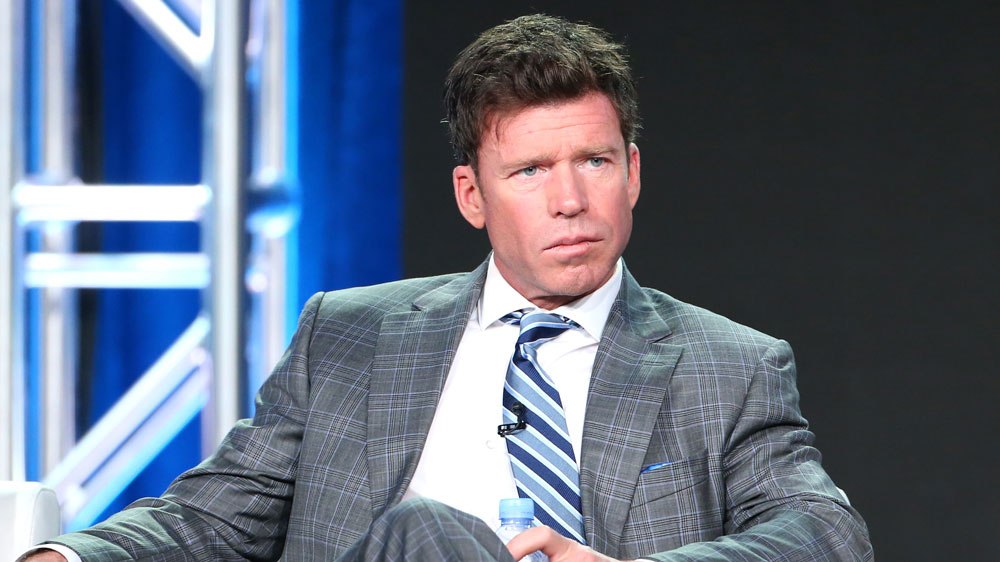 Taylor Sheridan, The Co-Creator And Executive Producer Of Yellowstone

The President of MTV Entertainment, Chris McCarthy, applauded Taylor Sheridan, referring to him as a visionary creative who has reinvented genres and created huge fanbases worldwide.  Chris McCarthy stated that he is thrilled for the prequel and calls ViacomCBS and MTV Entertainment as his home, so he is way more excited to build this new partnership and expand Yellowstone’s universe let Taylor Sheridan showcase his boundless talent across all the platforms they own.

The CEO of 101 Studios, David Glasser, also took his time applauding Taylor Sheridan, calling him the master at world-building with a singular voice calling Sheridan one of the stand-out creators who are making must-watch content. David Glasser further stated their studios’ main goal, which is to produce content that provokes cultural conversations with renowned creators to take over their projects, and that is exactly what they are trying to create with this new deal. David Glasser further stated that the new deal is an extension of their long-standing relationship with ViacomCBS, MTV Entertainment Group, and Taylor. They are very much looking forward to it.

As of now, we see Yellowstone Prequel Y:1883 as worth banking on the universe the creators are attempting to create in an entertainment world where franchise and movie and TV universes thrive. Looking at Taylor Sheridan’s recent work on Yellowstone’s last two seasons, the prequel is bound to follow the same treatment. Throughout the show, the Dutton family’s history has been teased multiple times, creating hype for the fans who are left wanting more from it. 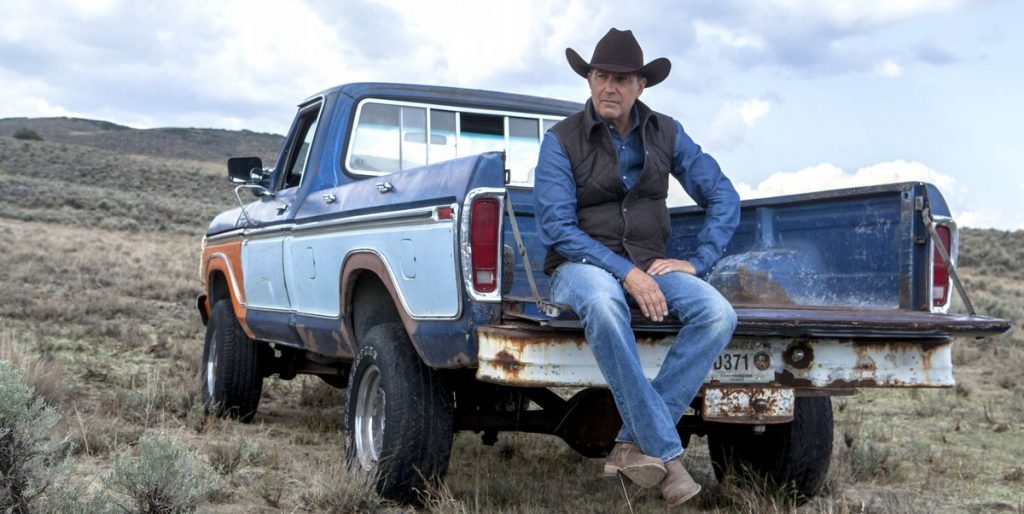 Yellowstone Prequel Y:1883 getting a yes was a no-brainer because Yellowstone Season 3 was the most-watched cable season opener in the last two years. Even its finale grabbed a good amount of viewership, making the installment a hit with a record of 5.2 Million Viewers. Yellowstone’s base will serve as a perfect time for the prequel to arrive, which, as mentioned in the deal, is just one of the first projects from multiple ones that Taylor is bound to take over according to the deal.

So, there is a lot to look out for from this new deal and the upcoming Yellowstone Prequel Y:1883, and apart from that, Yellowstone will be coming off with the fourth season, which is expected to premiere in the Summer of 2021. Until then, we will be waiting for the first teaser of Y:1883 to drop this Sunday during the Super Bowl LV. We will keep you updating on the upcoming teaser on the Yellowstone Prequel Y:1883, so stay tuned to Otakukart.com.

Read More: Top 25 Martin Scorsese Movies That You Should Watch