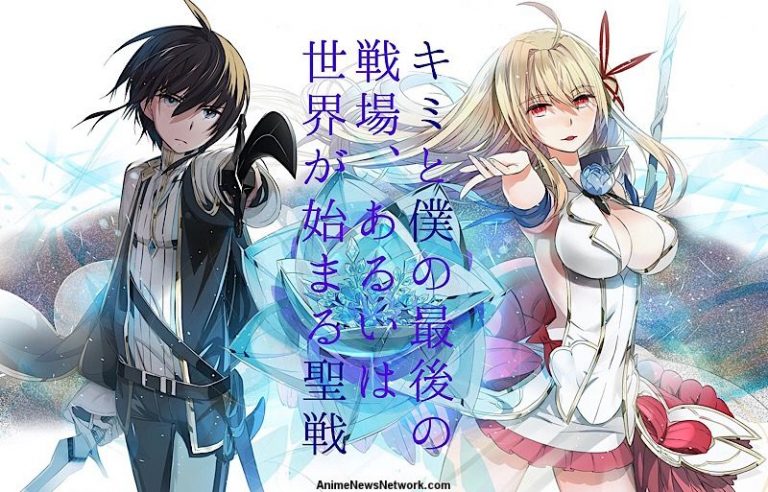 Our Last Crusade Or The Rise Of A New World Anime: Release Date, Characters and Voice Cast

For those who don’t know Our Last Crusade Or The Rise Of A New World is an upcoming anime that is an adaption of a very famous Japanese light novel with the same name written by Kei Sazane. The Japanese name of this upcoming anime is Kimi to Boku no Saigo no Senjo, Arui wa Sekai ga Hajimaru Seisen. Like me, if you are also a big anime fan, then I think you are also eagerly waiting for the release of this anime.

Our Last Crusade Or The Rise Of A New World is the adaptation of the Japanese light novel. This novel was released in 2017 and its sequels are releasing till now. It was written by Kei Sazane and was published by Fujimi Shobo. Ao Nekonabe illustrated this novel and a total of 7 successful volumes have released till now. Now, I would like to share the details which I have collected. Here’s everything I know;

When Will This Anime Release?

Till now, no confirmation has been made by the creators of this upcoming Japanese anime regarding its official release date. Therefore, it is very difficult to say exactly when will this anime release. But there are some expectations that if everything remains fine and the ongoing coronavirus pandemic doesn’t last for long then, we can expect this anime by October 2020. Also, a little hint was given by the creators of this anime regarding the release date. They are expecting to release it in October 2020.

Everything is dependent on the pandemic going on as this anime can be delayed for long if the pandemic doesn’t over soon. But nothing can’t be done as safety is the first priority of the creators which is the absolutely right thing. So, overall I can say that you can expect a new season of this series by October 2020. But you don’t have to worry, if any announcement is made regarding the release date of this anime then we will update that in this post as soon as possible.

Till now, only a few characters of this anime have been introduced and these anime characters look devastating and thrilling. Some more characters are expected to be introduced by the creators by the end of September 2020. There are some expectations only nothing has been confirmed till now. If any announcement is made then we will update that in this post. Few characters that are introduced till now are;