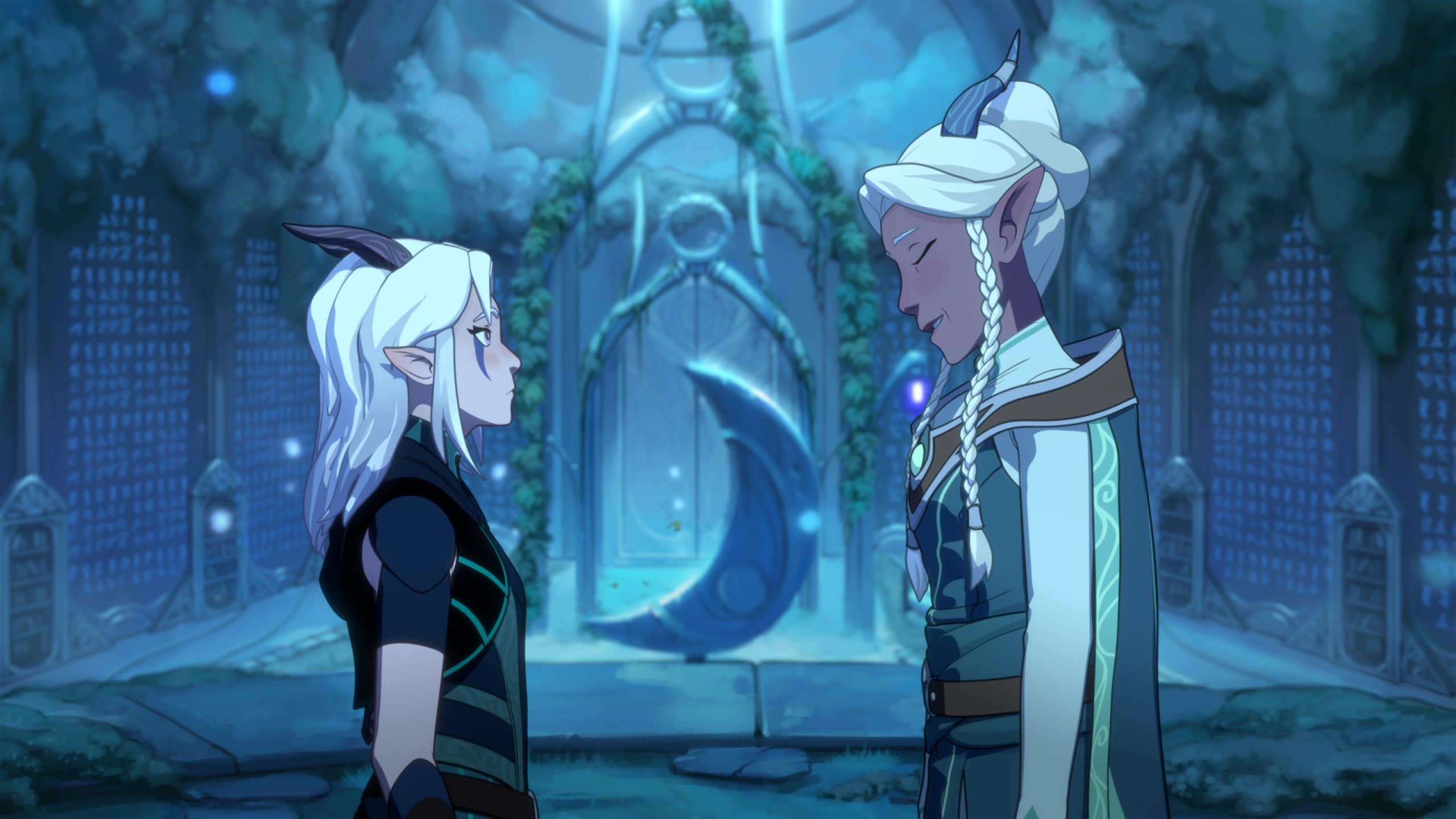 The Dragon Prince Season 4 New Trailer has just been released and we are here to discuss the same. The show serves as an animated television series for Netflix. Aaron Ehasz as well as Justin Richmond have created the series. The main focus of this series is laid on Callum as well as Ezran. They are Princes and half brothers. Along with them, we also see Elf Rayla. The group is seen taking care of an infant Dragon Prince named Azymondias. The setting of the story is in a fictional land called Xadia.

Given the fact that humans are now taking care of a creature, this shall destroy the animosity between the two species which has been going on for more than 1000 years. Till this point in time, the human kingdom and the magical creatures have had conflicts. Right now, Netflix has given us 3 seasons of the series. It has been appreciated well among the people for the way they present their dialogue and stories along with the fact that animation is top-notch. As of right now, you guys should also know that the video game is in the production phase. It is based on the series and is soon to release. Coming back to the future of the series, here is what we know about the fourth season. 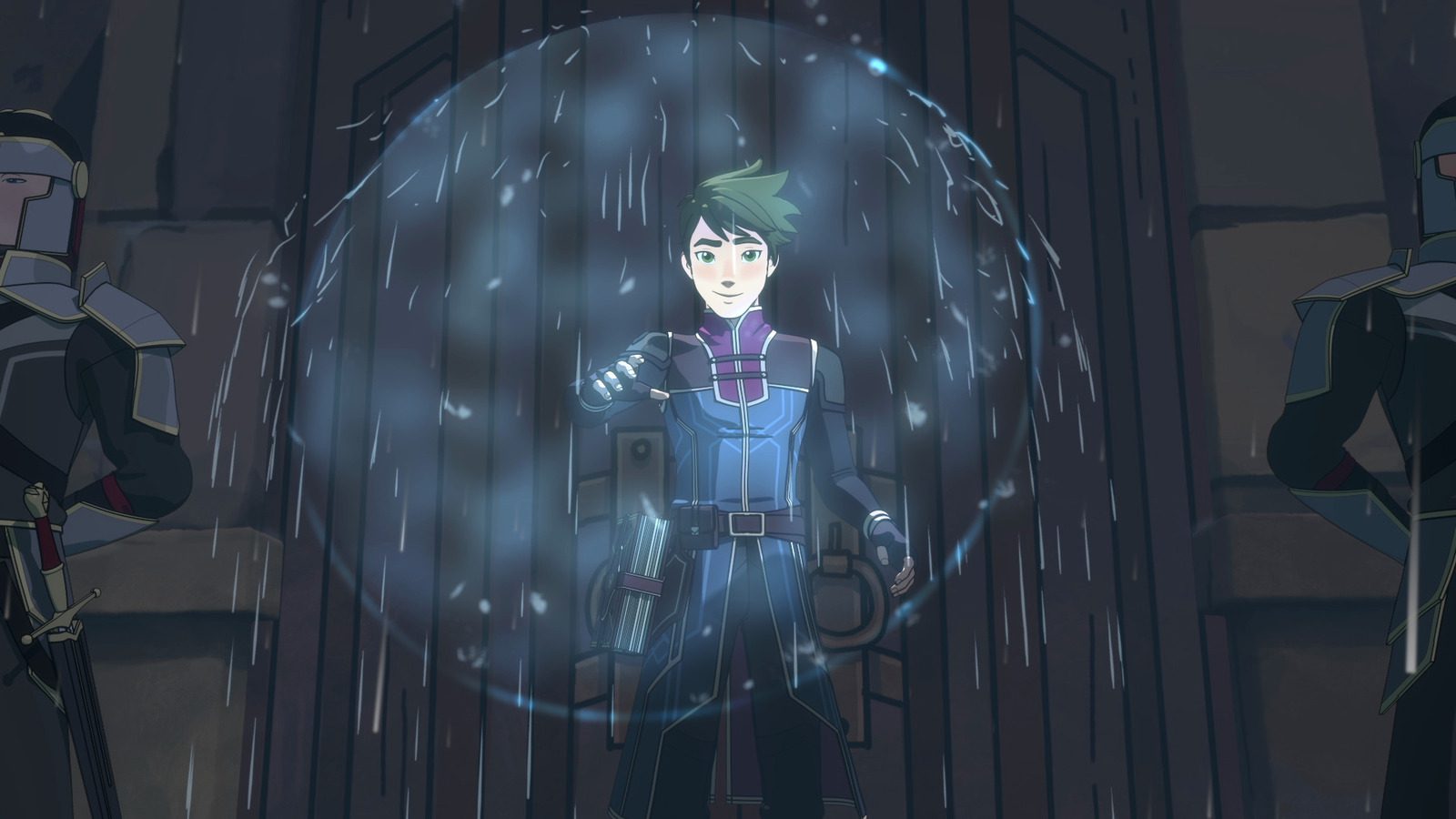 A still from The Dragon Prince Season 4

The Dragon Prince Season 4 release date is set for November 2022. As of right now, an exact date is not revealed by Netflix but we shall disclose it as soon as it does. Fans had to wait for far too long for a new season of The Dragon Prince. We know that Season 3 was released in 2019 but went on a hiatus. The issue was resolved recently and thus, work on the show began. Also, even The Dragon Prince Season 6 has been confirmed by Netflix given the fact that they must have enough source material and creativity left in store for the same. Each of these installments is supposed to have nine episodes in them. Well, let us now discuss the teaser which Netflix has most recently released for the show.

With The Dragon Prince Season 4 Teaser, we can see a bunch of new Sunfire Elves. They are willing to some brand new weapons and take over Amaya. This trio of the Sunfire Elves has been given an insanely cool animated character. There are a lot of creative details added this time as well and we are pretty excited to see them all in The Dragon Prince Season 4. In the teaser titled Whiplash, we can see Amaya standing in the middle of a huge forest. She can feel that at least three elves are coming in her direction. These three creatures start attacking Amaya with a fire whip.

As soon as we hit play on this new clip, fans can see Amaya walking with the Katolian armor. Even though she is walking away with three horses, the riders of the other two are not with her currently. There is a lot of assumption that we can do right now. Such as the fact that these new Sunfire Elves might have already taken down the companions with whom Amaya was traveling. On the other hand, fans are also confused because the scene looks pretty normal. What I mean to say is that Amaya does not look hurt or does not have any injuries. Neither do the other horses who are walking along with her.

Who are the Sunfire Elves?

Soon after this scene, we see the entry of the Sunfire Elves. If you would just pause for a second on their still, it is clear that these creatures are provided with an elaborate character design and totally amazing villain outfits that have great attention to detail. Through the teaser, it is clear that the trio of these Sunfire Elves has laid out their purpose. They were likely quite happy to take down Amaya before they attacked her. As of right now, we can not deduce if these elves are friendly or vicious. But what we can see from the trailer, it looks like the latter option.