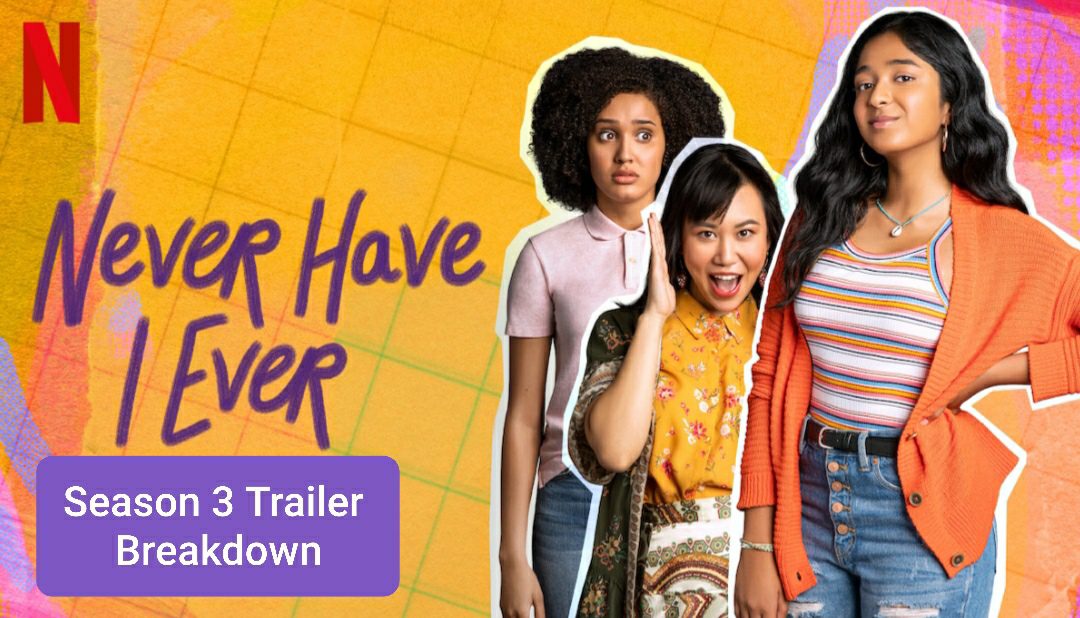 Never Have I Ever Season 3 is set to release, in the mid of next month. However, the trailer has already gotten released, and the viewers are getting crazy. In case you haven’t watched a previous couple of seasons, it’s a story of an Indian-American girl, Maitreyi Ramakrishnan, who tries to improve her status in school. But, her family and friends make it difficult for her. Talking about its genre, it’s a teen rom-com drama, exclusively available on Netflix.

Today, on 27 July 2022, the Never Have I Ever Season 3 Trailer has released. It’s been a few hours, and that is already doing wonders. What can we expect in this forthcoming season? Let’s have a look at this piece to learn what the trailer speaks about.

Never Have I Ever Season 3 Trailer Breakdown

In case you haven’t watched the Never Have I Ever Season 3 Trailer, check out the video attached below. Don’t miss out! In just an hour or so, the official trailer video has garnered more than 119K views.

Never Have I Ever Season 3 is set to release its Episode 1 on 12 August 2022. But, here is what we have seen in the trailer. This has brought back Devi, all the high school students, and more significantly, a new ‘hot Indian dude.’ That has made her quite spoilt for the choices.

The trailer started with Devi and Paxton walking through the school corridor, making their relationship official. Her social status in high school gets so skyrocketed, and not everyone likes her now. Even, some people think of her as a slut. Devi tries to spend every time possible with him, making out. But, at the same time, she gets insecure and ends up asking everyone why she chose him. With the entry of the new Indian boy, Devi starts to catch feelings for him, despite being strongly related to Paxton. Well, this is nothing new. She is always up for getting herself involved in complicated situations.

The Never Have I Ever Season 3 Trailer ends up with Devi saying, “Let’s see what the human body can do, baby.” What do you think? Are we going to witness the growth of another love story? Stay tuned!

Also Read: Never Have I Ever Season 2 Ending Explained: What Happened To Devi And Paxton?