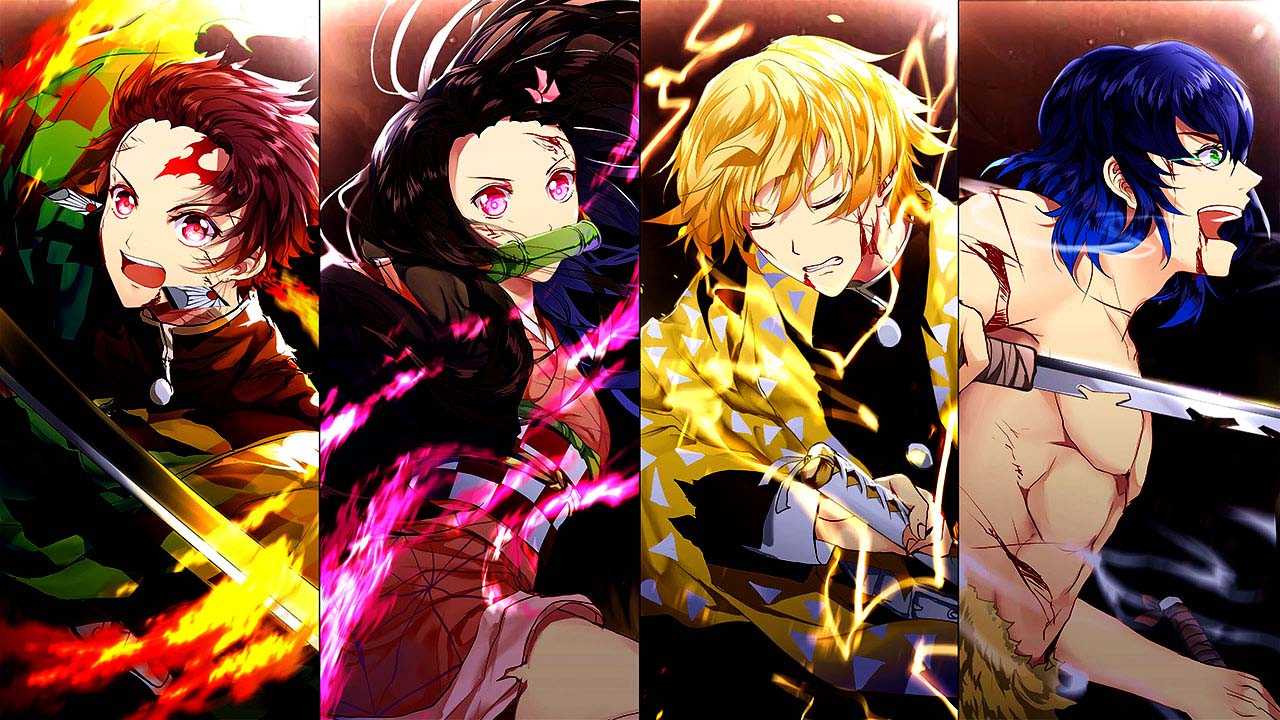 Demon Slayer: The Movie is one of the biggest hit anime films of 2020. When it came out, the movie broke all the records to become the highest-grossing ever. It was trendy because of the storyline and the success of the manga series. The movie was released in a limited environment due to the coronavirus, but it still managed to surpass previous huge hits like Spirited Away. While the movie is out in the cinema, many fans have still not watched it. We are going to tell you the details of the Demon Slayer Movie and all the places where you can watch it.

The movie continues the story of the Demon Slayer Anime Season 1 in a cinematic fashion as Tanjiro, and his friends prepare themselves to faces another challenge at their new assignment from the Demon Slayer Corps. When Season 1 ended, we got hinted at the story, which got more clear as more material came out about the movie later. The release was delayed multiple times due to COVID-19 restrictions, but the movie was released in the Japanese cinema on October 16, 2020.

Demon Slayer: Kimetsu No Yaiba The Movie: Mugen Train has been a sensation since its release. In the releases around Japan and Hong Kong, the film has earned more than ¥37 billion (the highest domestic number for any anime film ever.) The movies, Spirited Away and Your Name are in the second and third spots, respectively. After such a big hit in the Japanese Cinema, the movie should be looking for more in the US and European Cinema. There is a release planned for streaming sites and cinema around the world.

How To Watch the Movie?

As of today, the movie has only been released in cinemas of limited countries. Notably, the movie was released in Japan, Taiwan, and Hong Kong over the last few months. At release, the announcement was that the film would come to other countries in 2021. Funimation already has a deal with Aniplex to release it in both subbed and dubbed formats, but the release date has not been specified. So it is not yet clear when the Demon Slayer movie releases in the US.

At the same time, the release dates for other territories are as follow; February 25, 2021, in Australia and New Zealand, UK and Ireland, India, Philipines, Laos, etc., will get cinema releases in 2021.

To speculate on the release date, you can expect the movie to release as early as April of 2021 in the US and will follow in the other countries as well. Along with the Cinema, the movie will be streamed on Funimation‘s online platform.

Demon Slayer is Koyoharu Gotouge’s thrilling yet tragic story of a young boy named Tanjiro Kamado. The kid lives in a mountain village and has to travel to distant villages to earn money by selling coal. He has a whole family at home to look after. Nezuko Kamado is his younger sister, and he holds her very dear. On returning from one of his journeys, he finds his entire family murdered. Only his sister is breathing, so he runs out to find help and save her.

On the way, Nezuko attacks him frantically. She has turned into a demon and wants to kill her brother. This is when Tanjiro is saved by a Demon Slayer Hashira. He vows to save Tanjiro with his killing intent for Nezuko. However, Tanjiro feels that Nezuko is not entirely lost, and she can be saved. The Hashira, Giyu Tomioko, decides to spare the children and guides them to a man that can train Tanjiro to join the Demon Slayer Corps.

The world that Tanjiro lives in is a 1930-40s Japan set-up, and it is infested with Demons. These Demons are blood-hungry and cause thousands of deaths every year. In order to fight this menace, the Demon Slayer Corps. is set up, and its sole purpose is to fight these demons. The highest-ranking officers for the corps are the twelve hashira, and these are the individuals leading the charge against the demons. Tanjiro is trained by Sakonji Urokodaki so that he can become a demon slayer, find his family’s murderer and find a cure for his sister.

Tanjiro finds out that there is a demon called Muzan Kibutsuji, who is the source of all demons in the world. He has strong subordinates called the Twelve Kizuki, who are the biggest threat to the Demon Slayers after Muzan himself. Tanjiro and his friends face one of the lower kizuki at the end of the first season. The rest of the lowers are killed by Muzan in the rage at this failure, except one of them is sparred, the lower rank 1, Enmu. This kizuki is the main villain of the Mugen (Infinite) Train story. 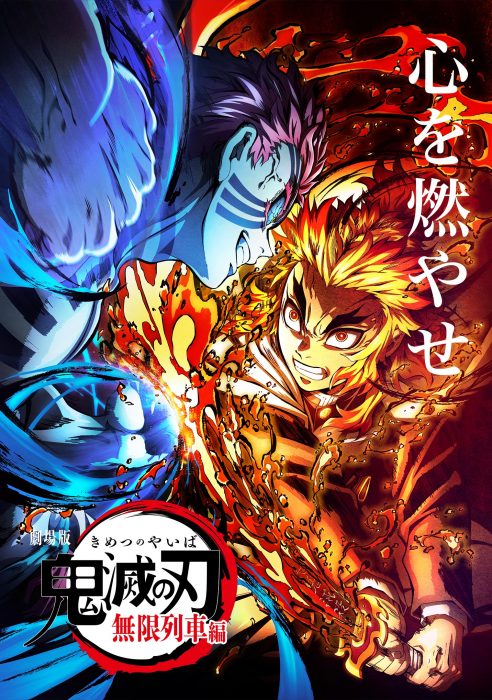 Tanjiro’s notable companions are his sister Nezuko, Zenitsu Agatsuma, and Inosuke Hashibira. These four head to the infinite train for their next assignment, where they face the threat of another Kizuki, strengthen by Muzan’s blood. Additionally, another visual revealed that there is another Kizuki on the train, an upper member. To help Tanjiro’s team, the Demon Slayer Corps has sent the flame Hashira, Inosuke Hashibira, to the train.

Read: When Will Demon Slayer: Mugen Train Movie Come Out in the USA?