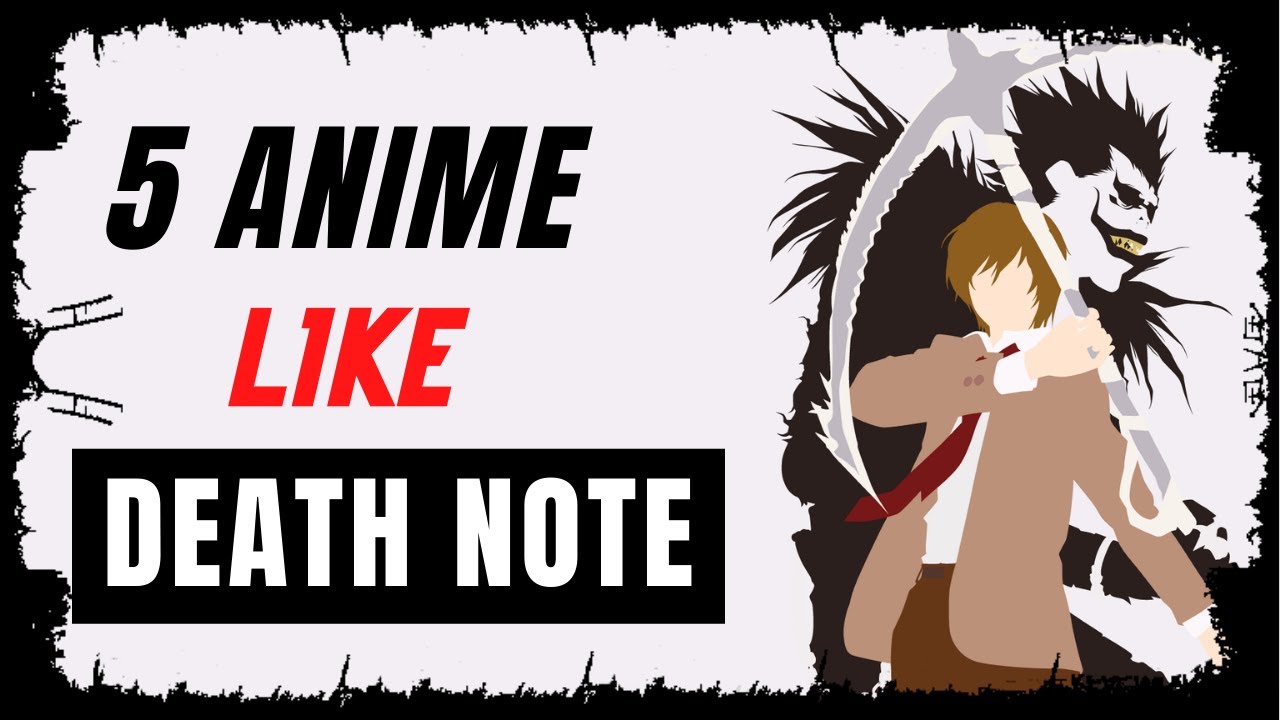 If you have just watched Death Note, you might be wandering around the internet to find some more mind-twisting anime. Death Note is no doubt one of the best anime out till now; a movie on NetFlix was also released in 2017. The character of light Yagami and the shinigami might have left you desperate to watch more shows like Death Note. Here are some mind-blowing anime, just like death note, that you must watch now.

The story centers around Yuki, a fourteen-year-old boy rusted into a deadly game by a diety where the last person standing becomes the God Successor. The game is all in possession of a future diary that updates itself with future journal entries. As a means to dictate their opponent’s action through each diary has its own limitation unique to each user. Yuki is dodging death, and attempting to stay alive has become the sole objective of a girl who, too, is participating in this game. This is a series of extremely Psychopathic acts more insane in every episode. If you are looking for suspense and strange romance mixed in then, you must watch Future Diary. The show consists of 27 episodes and is available on Netflix. The Future Diary is produced by Asread studios and rated 7.6 out of 10 on IMDB.

The story follows kily, a long solitary traveler armed with one of the Unique Guns in all of Anime. Killy may be the key to humanity’s survival(it’s suspense). It follows as he traveled through the endless expanding city inhabited by humans. In this series, he searches for net terminal genes. A genetic marker that will enable a person to control the machines of the city and stop its endless expansion and the systematic elimination of humanity. This shows the definitive example of what will happen when machines goo to crazy. If you are looking for a darkly twisted Sci-fi thriller, then Blame is the best recommendation for you. The movie is available on NetFlix and rated 6.7 out of 10 on IMDB

3. High school of the Dead

When Japan falls victim to a zombie apocalypse. A group of high school students has to find a way to survive from the Undead and other Survivors. This anime Series deals with blood and is too brutal and gory. the story follows Taka Shikamaru and his classmates. If you are looking for some horror story with some good story, then High School of the Dead is definitely worth watching. A 12-episode anime adaptation, produced by Madhouse. The Series is rated 7.2 out of 10 on IMDB.

This series focuses on a character named Lucy. A new species of humans who’s been experimented on in a secret laboratory somewhere. First, she doesn’t like that like every other anime. During the experiment, she gets some powers. Then she brutally slaughters all of them and escapes from the Trap, but she gets a bump into her head during the fight and suddenly can’t remember a single thing. Some of the other girls also get power. Then she remembers some things from her childhood. Every episode of this series has a haunting, beautiful song. If some emotional Thriller is what you are looking for, then Elfenlied is for you. This mini-series is rated 8 out of 10 on IMDB.

Imagine a world where crime and punishment are dictated by an algorithm based on your potential for your criminal intent despite having committed no crime at all. Psycho-Pass takes place in a futuristic Japan where people’s mental state is tracked by a computer system and formulated into an assessment known as Psycho-pass. The computer analyses the data of your mental health, which detects that this person can become a criminal. Anything exceeding a rating of a hundred beams a human. They are pursued by the authorities even they have committed no crime. The theme move around the authorities, which take the responsibility to stop the crime far before it can happen. If you are looking for an action drama, Psycho-Pass is for You. The series is available on Netflix with 2 seasons consists of 22 episodes in the first season and 11 episodes in the second season. The series is rated 8.2 out of 10 on IMDB.