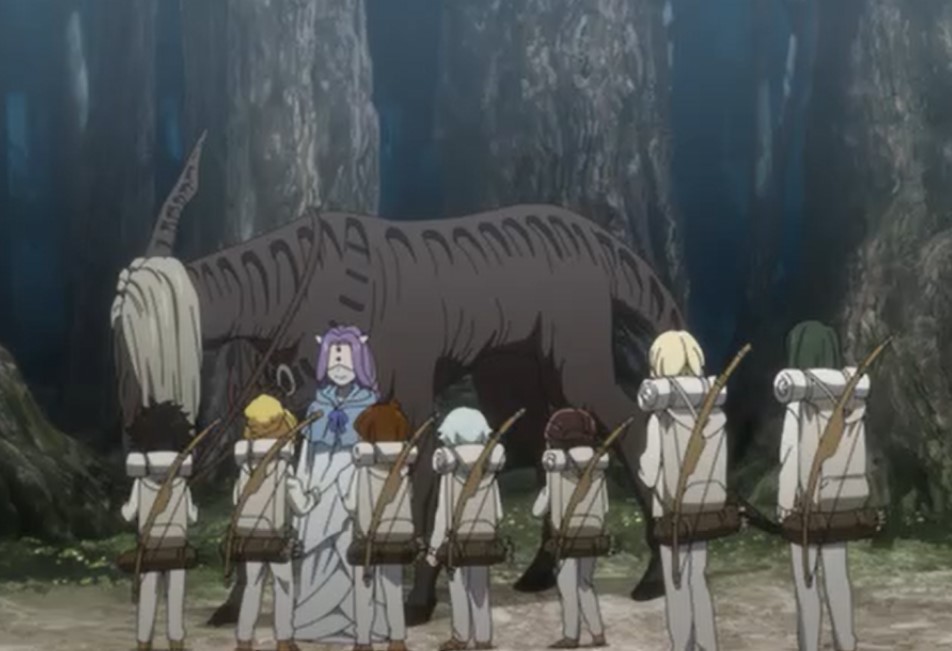 After revealing the truth to Emma and Ray, the demons have gained the children’s trust that they don’t devour humans. Sonju told Emma that they are non-human eating demons who practice their religion. They vow no to eat humans for the sake of their faith, and Sonju taught Emma how to survive in the forest. The next day Emma is looking at the picture of her family. Mujika joins her, and Emma shares the precious memories of her family with her.

Meanwhile, Ray enjoys playing chess with Sinju and keeps on defeating him. Sonju comments that Ray will become a strong warrior. But the children are worried about Norman. Sonju looks at them, trying to find out who is Norman. At the same time, Emma tells Mujika about Norman. She reveals that she has made a promise to Norman that she will never give up and let anyone die. Also, she will escape with their whole family.

The Promised Neverland Season 2 Episode 4 will be released on Thursday, 27 January 2021, at 12:00 AM JST. You can stream the latest episode of this Anime, Funimation, and AnimeLab. You can also visit the official website of this Anime at neverland-anime.com. Let us take a look at the following details below. 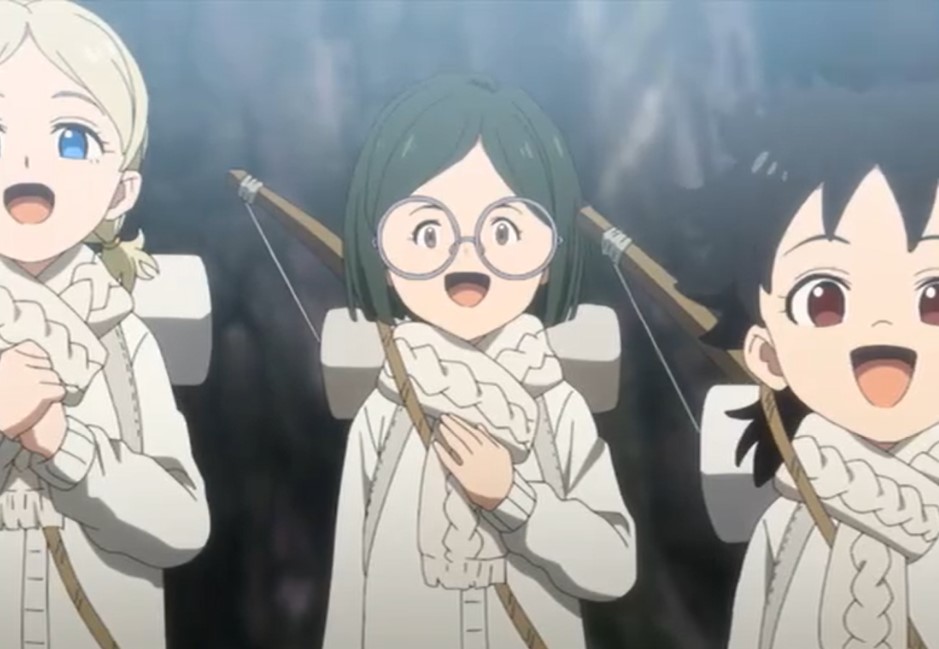 Emma is glad that Mujika is not like a demon, and she has a pure heart. Mujika reveals that their appearance has become warped in the last 100 years. Before she met Emma, she has never met or spoke to humans before. Mujika said that humans are not enemies or food. They are just different from other living things, and she is glad that she met Emma and talk with her. Emma said she is happy that they have also become friends.

The two shake hands, strengthening their friendship, and Emma thanks Mujika for giving them food and a place to stay for the past six days. Later Emma and others decided to leave, and she first checks if there are pursuers. She told others that the coast is clear they can move. After a long journey, they reached the exit, and Sonju showed them the path. They bid farewell to Mujika and Sonju, but they didn’t want to leave them.

Mujika said that they could not stay with them for long since they are heading somewhere. Sonju advises them to travel in the wasteland so that they would not run into any demons. He also said that if it goes well for them, they should be able to see Mr. Minerva tonight. Sonjo told them also to stay away from the forest, water, and if they encounter the demons, they must run. He also showed them how they would use their bows to defend themselves in case of emergency.

When they are leaving, Mujika gave Emma an amulet telling her that she must hold onto it and it will protect her. When they are two, Sonju said Mujika got petty attached to them. Mujika replies that they are escapees, and if they turn them into the farm, they will live comfortably for at least six months. Sonju said he is not handing them over to the farm. Mujika asks him why and why he saved those children, and he said they were good kids. 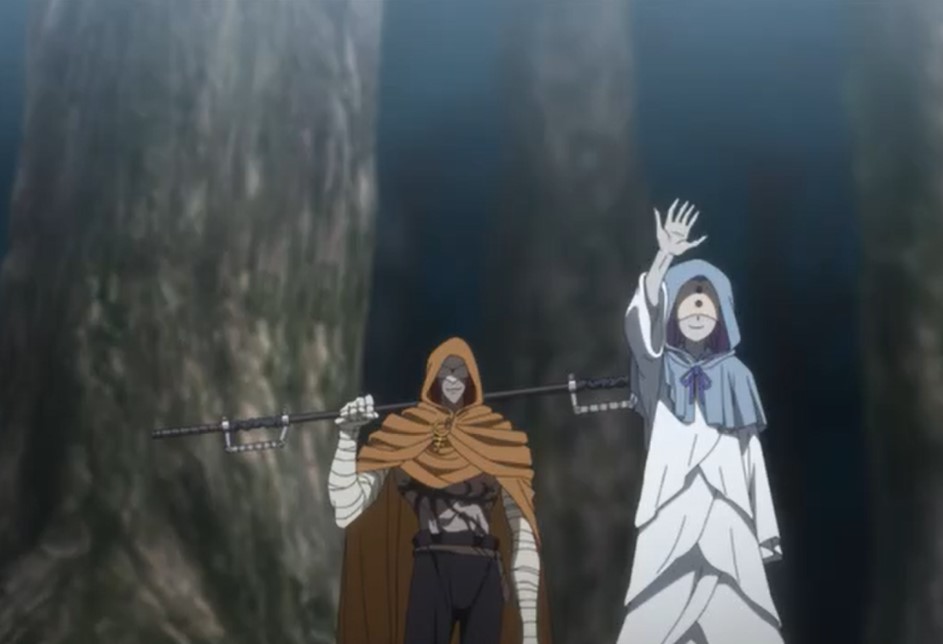 Sonju said that they are smart kids and a top-class farm’s brains, and it scares Mujika. Mujika looks at Sonju, who said she must not get him wrong; he is not going to eat them. If they can breed outside the farms, the next generation will be wild humans and nature. If the naturals increases, they will be able to hunt and eat them eventually. Mujika asks Sonju if he wants to eat humans, and he replies yes.

Sonju comments that according to him its doesn’t go against gods to take the lives of the creation in human hunting. Sonju said that he could not wait for the day until he eats manny human and Mujika is just shocked to hear that. Mujika realizes that Sonju was just pretending to be nice to the children. Later, the children manage to find the underground house with everything and enjoy the luxury of the house. They are happy, but they are not aware that Sonju is up to something.

Emma decides that they can live here, and Ray comments that it is a perfect hideout for them. Ray said that it is clean, they have access to food, water, and they can live here for a long time. They decide to explore the house, and they find a scary room. When they enter inside, they find some marks on the wall, and it is written help. The room shows that there was a person who is suffering and the children got scared.

If you miss the previous episode’s recent updates, take a look here; The Promised Neverland Season 2. That’s how we end this week’s post with everything that has been offered above. Let us meet every Thursday again.