There are several Hollywood movies you didn’t know were inspired by anime. The anime industry has grown a lot in recent years. The first-ever anime to launch was Namakura Gatana (Blunt Sword) back in 1917. Anime movies have given us a lot of emotions—Thrills, action, emotions, and whatnot. In recent years, we have witnessed some very great anime movies such as Demon Slayer Mugen Train, Jujutsu Kaisen 0, Dragon Ball Super: Broly, Your Name, and many more. On the other hand, we have also enjoyed some great Hollywood movies. Avengers: Endgame, Star Wars, The Batman, Avatar, the list goes on. Although anime and Hollywood movies have only one thing in common, that is they both are blockbusters.

Let us take a look at some popular Hollywood movies inspired by anime.

The famous rotating hallway fight where Arthur fights some guards has been directly taken from Paprika. Another scene where we see reality shattering like glass is also taken from the anime movie. Nolan has even admitted being inspired by Paprika for his movie Inception. Although no concrete proof of his statement is available on the web, it is undeniable that Paprika inspired many scenes in Inception. 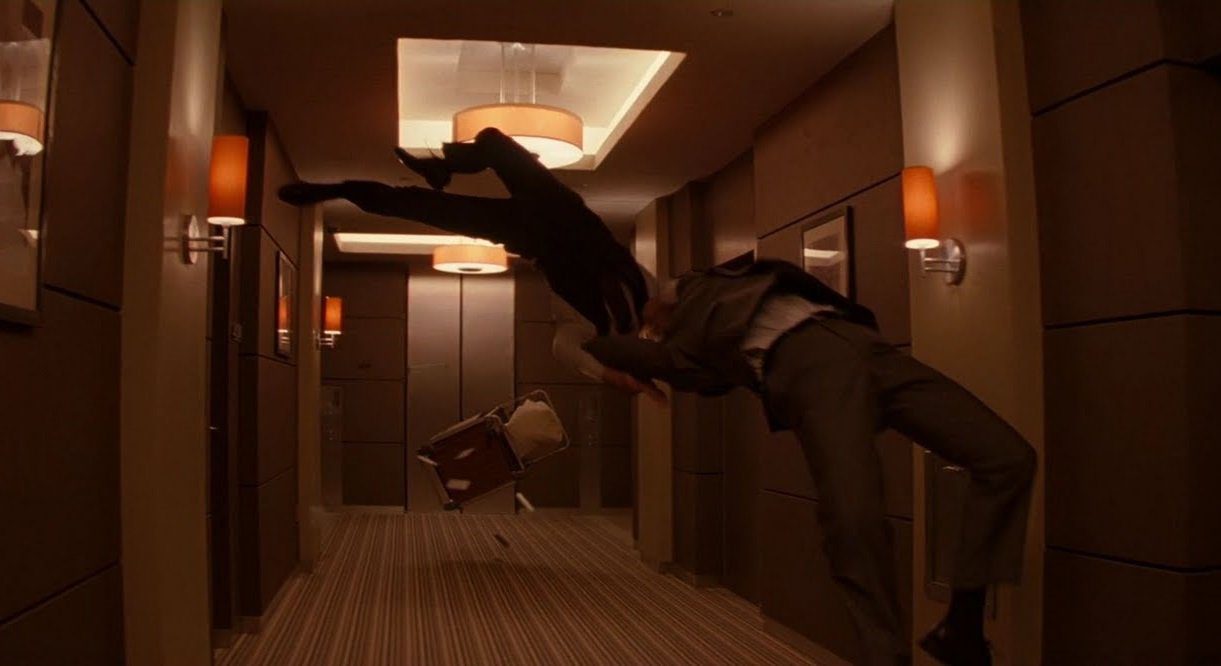 The famous rotating hallway fight where Arthur fights some guards has been directly taken from Paprika. Another scene where we see reality shattering like the glass is also taken from the anime movie. Nolan has even admitted being inspired by Paprika for his movies Inception. Although no concrete proof of his statement is available on the web, it is undeniable that Paprika inspired many scenes in Inception.

Keanu Reeves starrer the Matrix has cemented itself in Hollywood history. Before our beloved Keanu Reeves donned the cape of John Wick, he played the role of Neo in the popular Matrix franchise. We all know how much of a legendary movie the Matrix has become. It is believed that the Wachowski duo, Andy and Lana brought in Joel Silver and showed him the 1995 anime movies Ghost in the Shell. The only thing they said was that they wanted that movies to be made in real life. Joel understood the task and delivered a masterpiece. 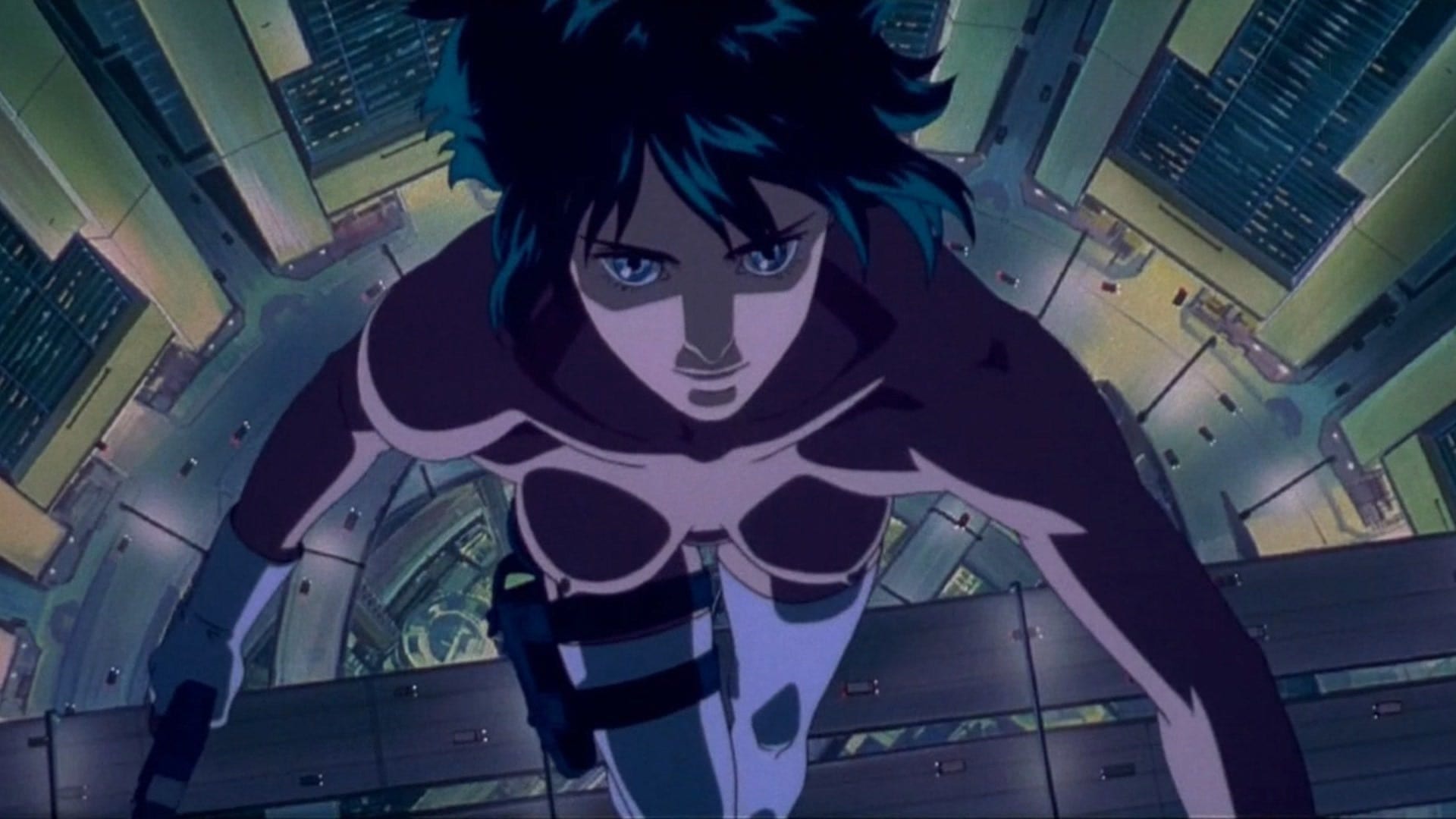 Ghost in the Shell

If this were not enough, the directors of the movie approached Yoshiaki Kawajiri and Mahiro Maeda to make The Animatrix (short feature animated film). Mamoru Oshii is the person we should be thankful for inspiring the Matrix franchise, which has given us a whole lot of memories.

Japan is known for a lot of things. Anime probably takes the top spot on that list. Under the anime category, mobile suits and transformers are notable. Transformers, if you may not know, originated in Japan. Many people think the origin of Transformers to be Western (American) because of the movies. Well, coming back to Pacific Rim. Although Pacific Rim did not do well at the box office, it visibly took its inspiration from not one but many Japanese anime. Evangelion and Mobile Suit Gundam are the biggest inspiration. 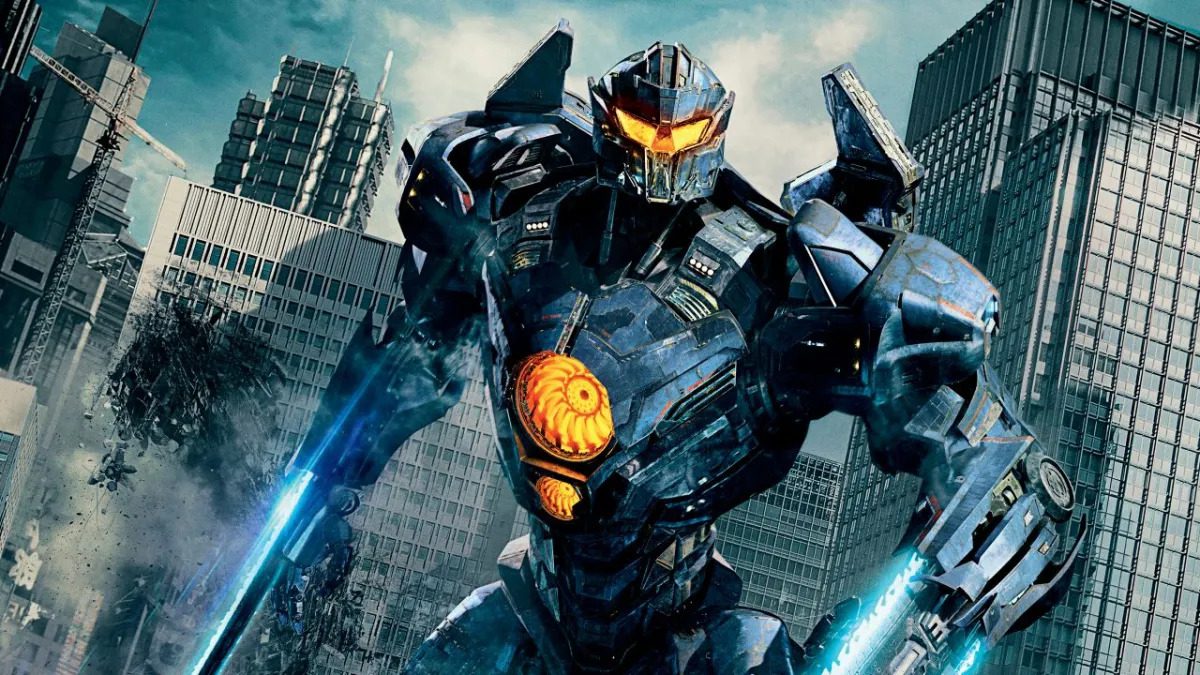 Mobile Suit Gundam shows people controlling mobile suits to fight off enemies. Pacific Rim, too follows this with the people in the suits fighting the monsters known as Kaiju. As in NGE, the pilot of the suit is connected to it through some neural links. Pacific Rim upgraded this concept and let the two pilots connect telepathically. Even if the writers of the movie have denied watching Evangelion, they have admitted to taking their inspiration from Gigantor or aka Mobile Police Patlabor.

Yes, even the movie about one of the earth’s mightiest heroes drew some inspiration from anime. Man of Steel. Henry Cavill took on the role of the caped superhero from Krypton. Regarded as one of the best Superman movies, it is a surprise knowing such an epic film can be inspired by an anime. Many of you might be wondering which anime is behind this movie. Here’s a little hint, not the whole movie is inspired by an anime, but the one-on-one fight scenes are. Your first guess might be Naruto or Dragon Ball, given its combat scenes. But Zack Snyder has admitted that he drew inspiration from the anime Birdy is Mighty. Watch the final fight scene of Man of Steel and Birdy is Mighty, and you will see the similarities.

Also Read: Anime Movies Similar To Jujutsu Kaisen 0 That You Should Watch