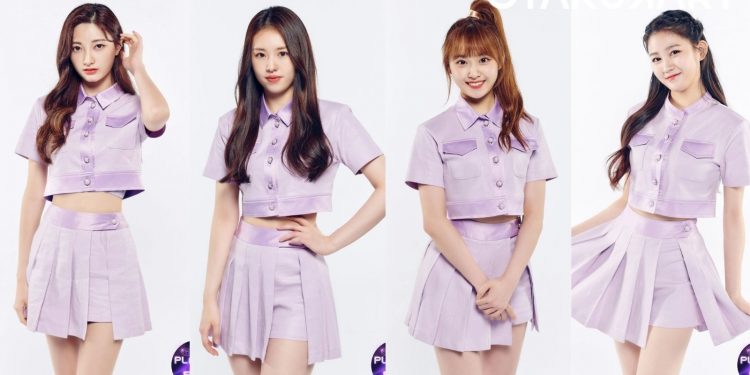 Four members from Mnet’s Girls Planet 999 are confirmed to debut under FCENM’s upcoming girl group. The company shared the news with the fans on December 24. Also, they gave an insight into the unnamed girl group debut date and other members. Kishida Ririka, Chang Ching, Lee Yun Ji, and Hayase Hana, the members of the Kpop survival show, will make a grand debut next year.

The four girls will take steps as Kpop idols under FCENM. However, the girl group will also have two more members. Thus, FCENM looks forward to producing a six-member girl group in 2022. Fans are curious to know if the other two members will also be from Mnet’s Girls Planet: 999.

Mnet’s Girls Planet 999 brought contestants from China, Japan, and South Korea, who showed interest in debuting as a group despite language and cultural barriers.

FCENM Entertainment shared a statement claiming that Kishida Ririka, Hayase Hana, Chang Ching, and Lee Yun Ji will join the lineup of their new six-member girl group. Moreover, the company informed that it will make its debut in the first half of 2022.

More information on the group is kept under the wraps. However, fans are excited to see how the group will explore different concepts based on their personal choices. Each one of them mesmerized fans and Kpop gurus with their singing and dancing talents. Moreover, all four have stunning visuals. Without a doubt, fans are excited to meet them and the other two members.

As a result of Girls Planet: 999, an original Kpop girl group, Kep1er, is also formed. The nine-member group will make its debut on January 3, 2022.

The reality show aired in August 2022 and garnered immense success. The reality show was highly successful in the country. Thus, Mnet announced the male counterpart version of it recently. Girls Planet was supervised by SNSD’s Tiffany Young and Sunmi, who served as the Kpop gurus.

With a new girl group debuting, look forward to new music, several new schedules, MVs, teasers, and more. We will make sure to keep you updated.