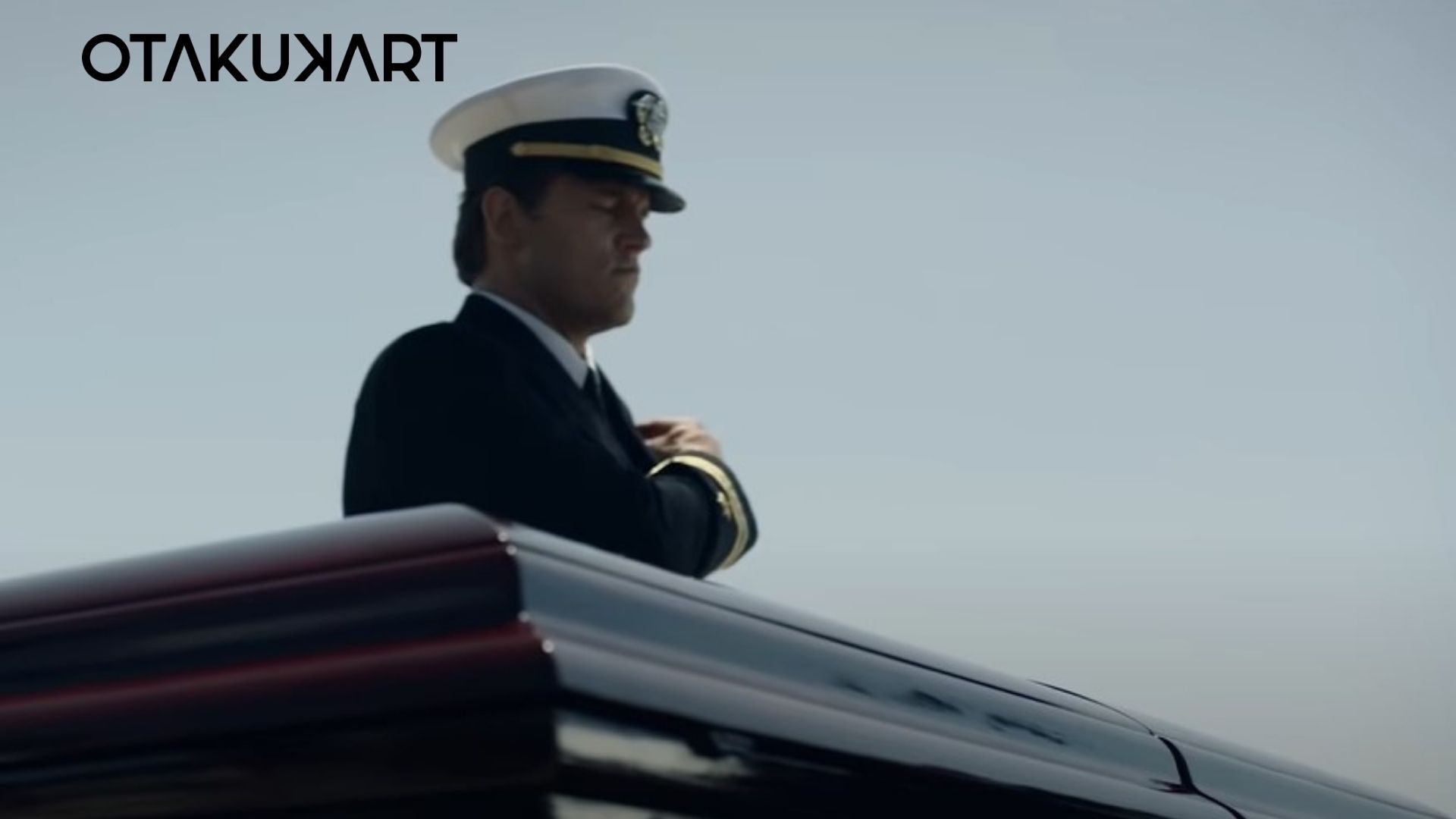 If you’ve seen all of your favourites and are hankering after some decent action drama, you should add one more to the checklist. The Terminal List, a brand-new Amazon Prime Video original series, is here to save the day. The first season of The Terminal List has just concluded, and anticipation for the release of the second season is at an all-time high.

Fans are currently binge-watching the newest episodes, so attention is swiftly shifting to what the future may contain. The Terminal List is a show with the potential for a second season and beyond, so things might get very exciting. I’m assuming that since you’re reading this, you’re also interested in learning when The Terminal List season 2 will be released. So, don’t worry. We are here to provide you with full disclosure regarding The Terminal List.

Before leaving active duty in 2016, Jack Carr, the best-selling writer of the Terminal List series, served in the Navy for 20 years as a Navy SEAL. He now writes full-time and incorporates his significant special information into his novels by drawing on his experiences managing special operations units in Iraq, Afghanistan, as well as other places. The Terminal List, the first book in the series, was released in 2013, and four more have since been written by Carr. In the Blood, the most recent volume, was published in May 2022.

The series, which is based on Jack Carr’s best-selling book, follows Chris Pratt’s Commander Jack Reece is leading his team on a covert operation to eliminate Kahana, a terrorist using chemical weapons in Syria. When they get there, it seems staged. An SFP trooper who is pinned down panics and activates a trip wire. One of Reece’s teammates, Boozer, knocks him out and drags him to safety. Only they were the ones who managed to survive. The following day, Boozer shoots himself when he gets home. Louise Hartley, the secretary of state, wishes to present him with the Navy Cross following the funeral of his entire unit.

Reece eventually makes his way to the hospital to have a CT scan. Two sicarios are in the room with him when he awakens from the scan. Reece repels them, kills one of them, and retrieves the gun from them from his home safe. Reece believes there is still a cover-up. He understands that NCIS Detective Holder might be one of the men in the clinic. He enters the residence while Ben is sleeping with the assistance of his pal. He is roused by Reece, who has a silencer in his mouth.

Reece’s brain tumour is discovered by Katie thanks to the CT scan. A hired assassin then attempts to assassinate both of them. Reece discovers that his family has been harmed by a business project with the drug RD-4895. Plans to bring down military readiness to its lowest levels since 2005 have been made public by Secretary Hartley. With the aid of his buddies Ben, Liz, and Marco, Reece kills the entire gang of sicarios who murdered his family.

In the course of her research, Katie questions Mike, the man who once controlled Nubellum and in whom Steve Horn holds a controlling interest. He explains to Katie that the purpose of RD-4895 is to aid soldiers with PTSD or trauma by avoiding brain connections. Reece saves Katie, who survives Mike being shot and killed. Reece later shoots Horn in the head after wounding him with an EFT bomb. After killing Horn, Reece makes his way into a national park where he hides from a new FBI agent named Tony Layun and his crew.

Reece discovered that his superiors, Admiral Pillar, Commander Cox, & Captain Howard, were aware of the experiment on his SEAL unit at the conclusion of episode four. 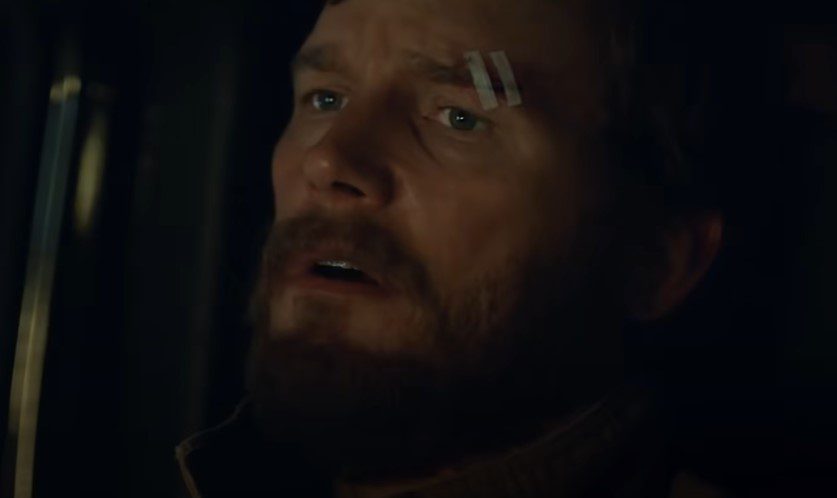 In order to create her story, Tony leaks her information. Hartley intercepted it when she attempted to send it using tools provided by the government. She then approaches Katie and asks to speak with her so she can get the whole story. According to Hartley, she was unaware of either the brain tumours or the cover-up. She wasn’t the only anonymous shareholder to benefit from the RD-4895, which generated millions of dollars for shareholders once Capstone Industries inked a contract with Plano.

The episode comes to a close with Katie learning that the anonymous shareholder has links to a business in Peru. Reece connects the dots by discovering that Ben has a residence in Peru and that a CIA operative was responsible for exaggerating the information about Kahana in order to set off the trap in Syria.

In The Terminal List, Pratt portrays Commander James Reece, the main character, a Navy SEAL who experiences great tragedy both at home and abroad. As a result, he embarks on a mission of revenge that propels him to the highest levels of the American government.
Kitsch portrays Ben Edwards, a close friend of James Reece who is now a CIA agent after serving as a former SEAL. Edwards assists Reece in carrying out his retribution mission.

In The Terminal List, Wu portrays Katie Buranek, a journalist who becomes engrossed in James Reece’s tale and finally teams up with him to solve the mystery behind his devastating loss at home and the causes of his unit’s sabotage. Courtney plays Steve Horn, the CEO of Capstone, a multinational investment company that dabbles in everything from medicines to military technologies. Steve Horn is targeted by James Reece because of his involvement with the experimental medication RD4895. 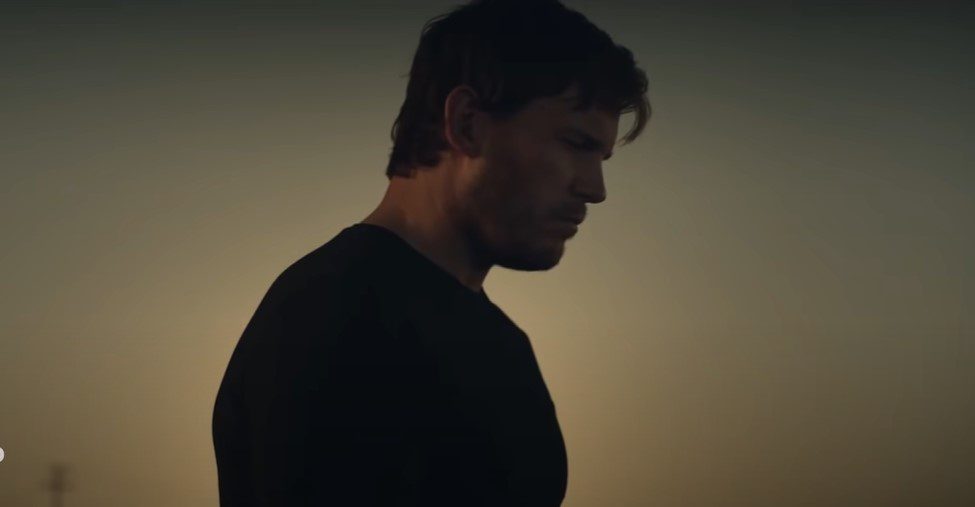 Lauren Reece, played by Keough, is James Reece’s wife. Lauren Reece offers comfort and direction to the beleaguered Reece, especially following the events that turn his world upside down in The Terminal List. Keough, an accomplished actress who is also Elvis Presley’s granddaughter, made her film debut as Marie Currie in the biopic The Runaways before going on to star in a number of noteworthy roles.

Tripplehorn portrays Lorraine Hartley, the secretary of defence, a spec ops enthusiast who may find herself in more difficulty than she bargained for due to her ambition as a politician. In The Terminal List, Pardo plays Tony Layun, an FBI agent entrusted with apprehending James Reece when he turns rogue. Lucy Reece’s daughter, played by Mertz, is James Reece. In the movie The Terminal List, former Navy SEAL Shaw plays Boozer, one of James Reece’s most dependable friends. Commander Bill Cox is played by LaMonica Garrett. Mac Wilson is portrayed by Christina Vidal.

After its first eight episodes, James Reece’s story has the potential to go on forever. That’s because Jack Carr’s novel series, which has a staggering five entries, is the basis for The Terminal List. The series might theoretically last for five seasons, or perhaps longer if Jack Carr continues to create new books in the franchise. This assumes that Amazon adapts one novel per season.

The Terminal List’s second season has not yet been confirmed by Prime Video, but it appears that everyone involved is hoping for it to happen. Author Jack Carr, series creator Dave DiGilio, & pilot director Antoine Fuqua talked with Screen Rant about the potential of the series in advance of the launch. Regarding a new season, DiGilio said, “Fingers crossed.” That’s the objective, Fuqua repeated. “We definitely approached it with the intention of achieving that. Therefore, if we are fortunate and succeed, Amazon will repeat the action. 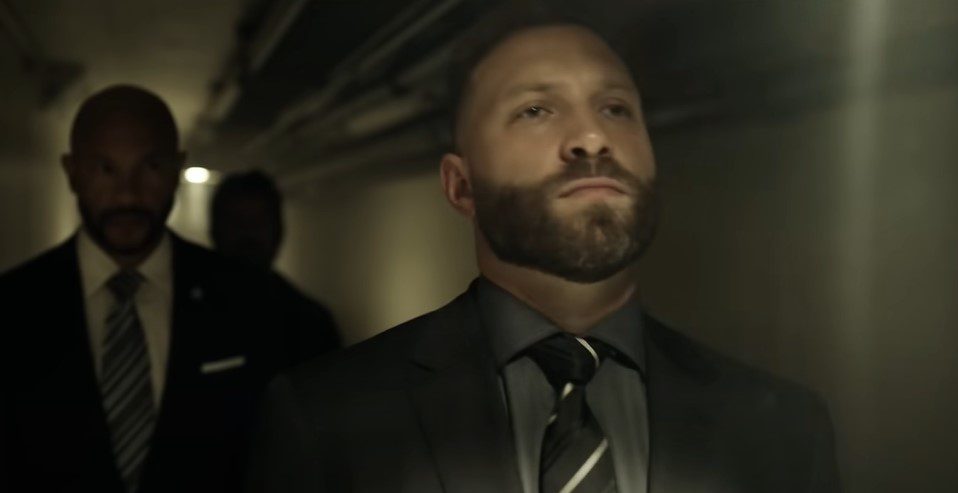 Following the main character, Jack Carr has written further books, the most recent of which, In the Blood, was published just this year. Since the debut book in 2018, there has been one every year. If Chris Pratt decides to return to the program and if Prime Video decides to renew it, that does imply that the writers will have more source material to work with.

The show wasn’t advertised as a limited run. When the goal is to tell the story of one book, such is frequently the case. However, it appears that there will be more, much like how Reacher & Jack Ryan concentrated on the initial adventures before continuing with further stories after renewals. We’d like to see more!.

One of the five books in the James Reece series provides the inspiration for The Terminal List. Carr has authored four additional books since publishing the first one in 2018: True Believer (2019), Savage Son (2020), The Devil’s Hand (2021), and In the Blood (2022). True Believer would probably be the following adaptation if the show were to be renewed for another season.

The story of True Believer begins with Reece hiding in Mozambique as a wanted fugitive who is dragged back into government service after a string of terrorist acts make him a valuable resource, setting up an exciting scenario for a possible The Terminal List season 2 to come. Reece is sent back into battle after being recruited into the CIA and being granted a Presidential pardon for his activities in The Terminal List. He travels the world to fight a terrible new enemy that he is well suited to.

According to showrunner David DiGilio, True Believer is an “epic blueprint for an epic season,” and he would love to do an ongoing series of the show in general. The TV programme adaptation would be appropriate for this story as well.

In Season 1, the show has a relatively star-studded cast. The Terminal List also features Chris Pratt and Jai Courtney from The Suicide Squad, Constance Wu from Hustlers, Riley Keough from Zola, Arlo Mertz from Mank, and Taylor Kitsch from Friday Night Lights (Mayans M.C.). There has been no formal announcement regarding who specifically will return for a second season, but Amazon may want to keep the ensemble intact given such a strong cast. Pratt is, if anyone, the most likely cast member to return because Carr’s books chronicle the exploits of his character.

Also See: What Ever Happened To Baby Jane? Everything About The 60’S Horror Movie