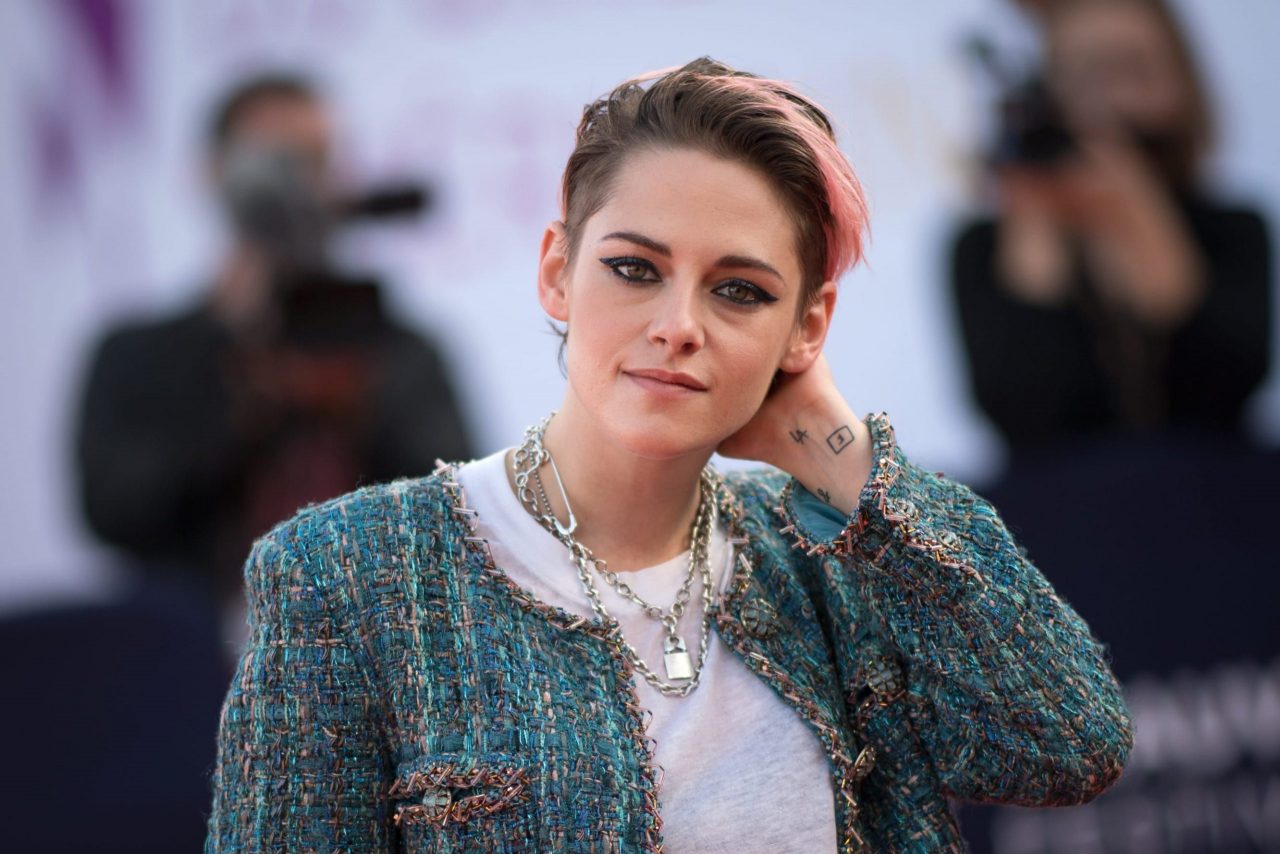 Lady Diana is a beloved figure known for her kindness, charity work, elegant attitude, and tragic story. Her life story never fails to intrigue people just to dig even more inside the magnificent princess of England. There are so many movie adaptations trying to bring up her story to be consumed by a wide audience. But truth be told, it is quite hard to find someone who can act just the way Lady Diana acts in real life. Many actresses are having trouble copying Diana’s identity and this makes Hollywood’s journey to make a decent Diana’s adaptation still go on. One of the most awaited films this year is ‘Spencer’ in which Kristen Stewart will take the lead as Lady Diana.

History of Lady Diana in Films 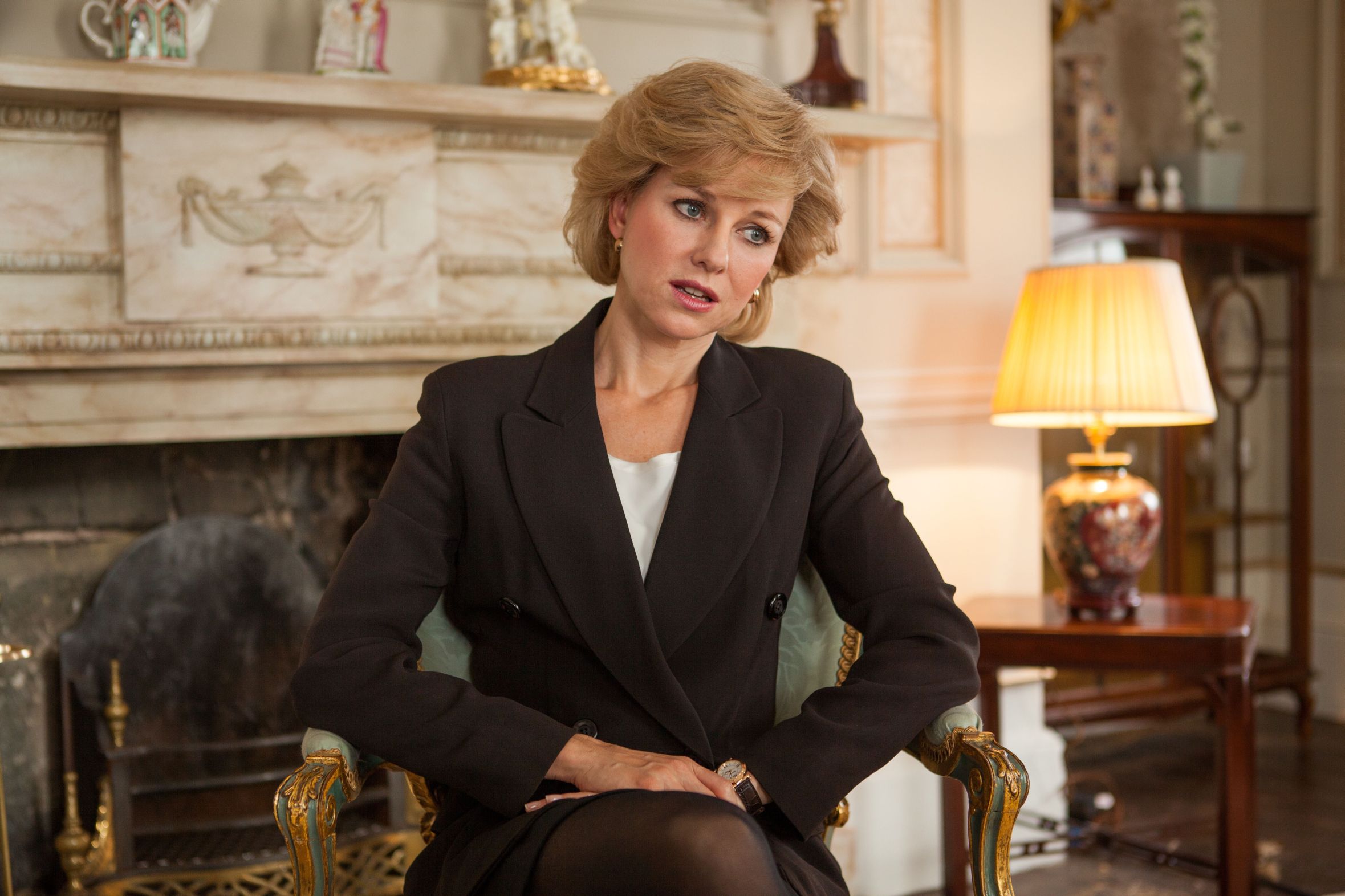 The depiction of Lady Diana is already devoured by so many other actresses in several different films. In 2013 the film ‘Lady Diana’ was released. The Australian actress Naomi Watts was set to do the impressions of the English princess. But luck was not on Naomi’s side as so many people and critics have criticized her depiction of Diana. Her demeanor and speaking voice did not change and people are upset about this.

Read: The Crown: An Overlook Before Season 5 Comes Out 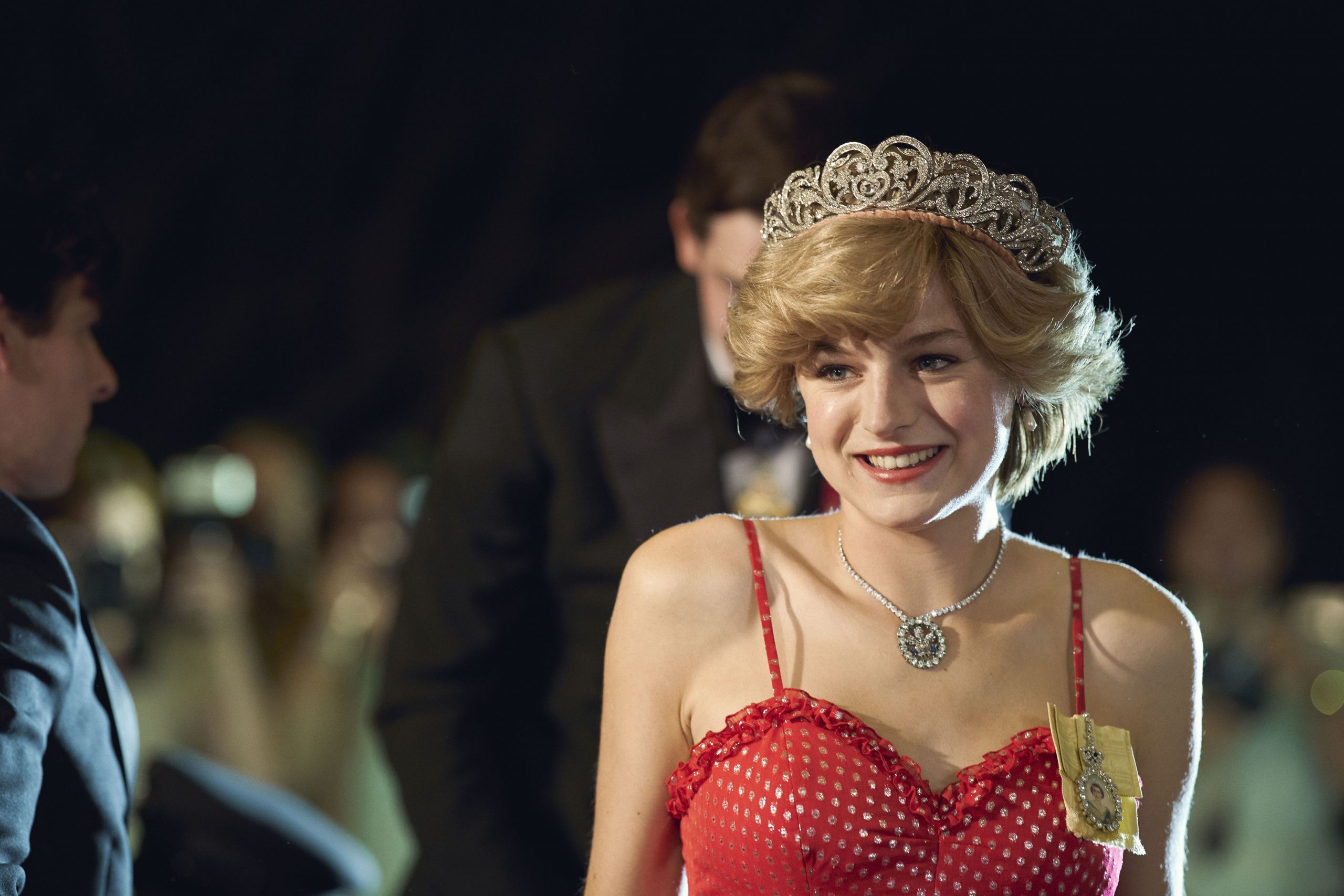 Later in 2020, the hit television series ‘The Crown’. The series labeled itself as a historical drama set mostly in Buckingham Palace. in ‘The Crown’, British actress Emma Corrin played the fictional version of Lady Diana. She still got a few criticisms for the controversial role. The most significant backlash came from the Buckingham Palace resident themselves. Prince Charles and Prince Harry via the British parliament spoke about their concern on the tv show. Hence, Emma Corrin later punctuated that the series is entirely fictional despite being adapted from real-life figures. She defended Peter Morgan as the scriptwriter of the series who also created the fictional version of Lady Diana.

In hindsight, Elizabeth Debicki who starred in ‘The Night Manager’ and Christopher Nolan’s ‘Tenet’ will replace Emma Corrin in the fifth and sixth season of ‘The Crown’ to play Lady Diana.

Kristen Stewart will bring to life the figure of Princess Diana in the Spencer film. The film distributor Neon has released a first look at the movie via their official social media. In a released photo by officials, Kristen Stewart gives off an aura similar to Princess Diana. The Twilight star is seen wearing a red blazer combined with a black high-collared shirt on the inside. You can see a ribbon knotted in front of the collar of the shirt.

Meanwhile, to make her look more like Princess Diana, Kristen Stewart also wears a black hat with a net hood. Her hair, which used to be dark in color, looked blonde and was cut short, just like Diana’s appearance.

“One of the saddest stories ever made and I don’t want to just play Diana, I want to know her implicitly. I never got excited about this character,” said Kristen Stewart to Instyle some time ago. 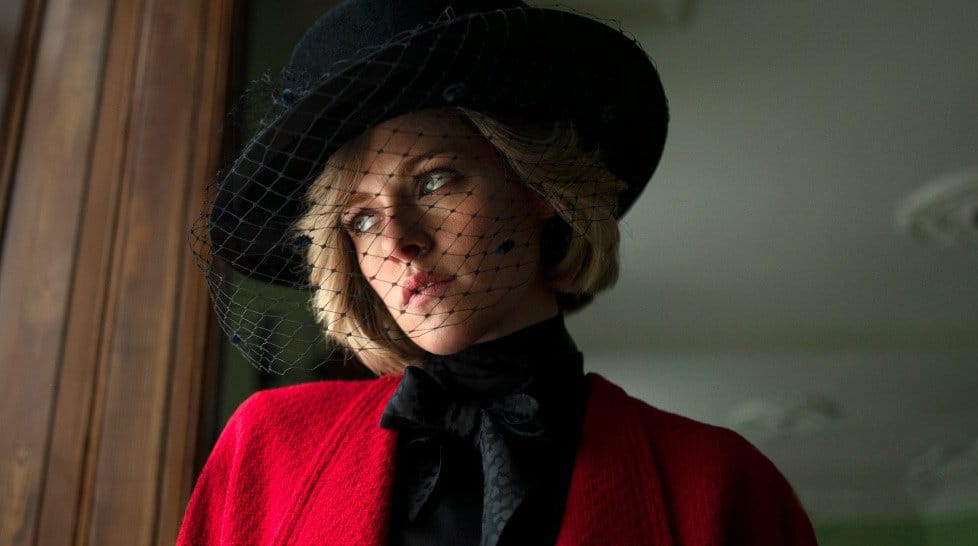 “Her accent really depresses me because people know that voice very well, and the voice is also very distinctive and different. Right now I’m still studying and already have a dialect coach,” she said.

Spencer will tell us about an important weekend getaway at Sandringham House, Queen Elizabeth II’s private home. At that time, a very important decision was made by Princess Diana, namely to divorce Prince Charles. As known by people, Prince Charles and Princess Diana decided to separate in 1992 because Prince Charles was caught cheating. Then, their divorce was decided in 1996, a year after Diana leaked their household affairs. 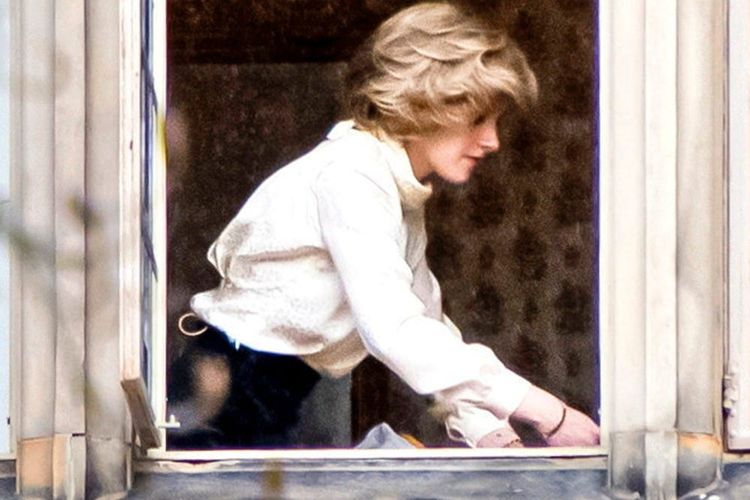 Kristen Stewart on the set of ‘Spencer’

The latest on-set photo of Kristen Stewart playing the role of Princess Diana in the film Spencer was finally released last weekend. In the photos that are circulating, Stewart who is on the set looks very much like Princess Diana. She appeared with a short and wavy hairstyle typical of Princess Diana.

In addition, Stewart also wore a beige sweater similar to Diana’s. Princess Diana wore a beige sweater during a photoshoot at Kensington Palace in December 1983. In addition, Stewart appeared to be wearing black high waist pants and gold bracelet accessories. Se also brought a large black handbag. Meanwhile, the photo was taken when Stewart was at Schlosshotel Kronberg, Germany. The set was also used as a backdrop for Queen’s Sandringham Estate. Princess Diana is known to have been in Sandringham on the Christmas holidays in 1991. At that time, Prince William’s mother and Harry were faced with the decision of whether to divorce Prince Charles or not.

‘Spencer’ film is directed by Pablo Larrain. The script for the film was written by Steven Knight. The process of shooting and filming is known to have started and will be carried out in two countries, namely Germany and Great Britain. Not only did Kristen Stewart make changes to appearance for the role of Princess Diana, this Robert Pattinson’s ex-lover also read two biographies of Diana to find out the figure of the princess.

Looking at Kristen Stewart’s facial features, it seems like she’s probably the most fitting to Lady Diana’s compared to other actresses who have played her before. Do you think she will prevail as one of the best Lady Diana impersonators on screen? we’ll have to see it until the end of 2021 upon its release date.