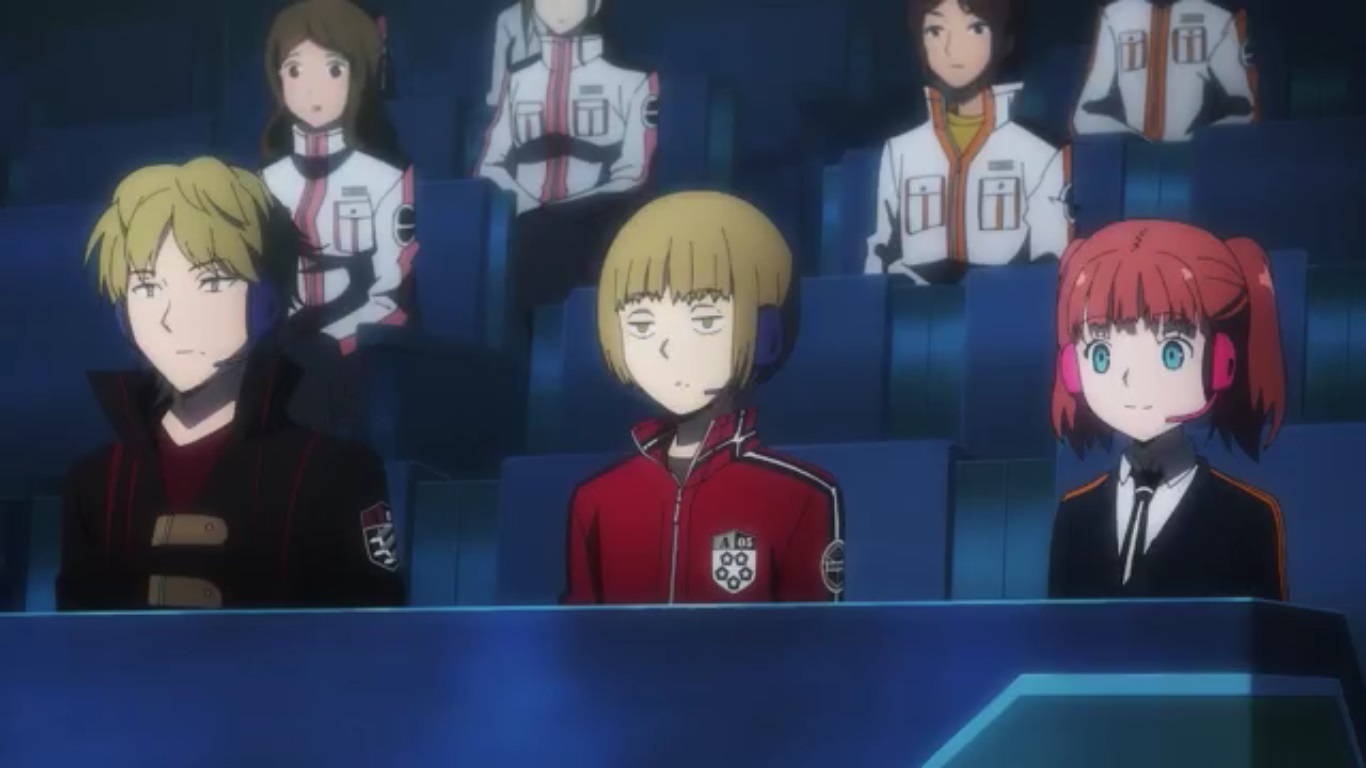 World Trigger Season 2 Episode 5 marked the beginning of the rank battles round five for the away missions. The anime made its debut for World Trigger Season 2, which focused on the invasion to destroy Meeden’s expedition ship by Aftokrator forces. After a successful defense of the ship, the anime moved to the ongoing rank battles, with round five now commencing. Only three squads remain, and they will battle it out to the end.

Tamakoma 2 squad is aiming to get the spot for away missions to fulfill their personal desires. On top of that, Jin came back with Hyuse, and he now has to fulfill Hyuse’s request. In the past, Hyuse and Jin have made a promise that Jin will have to do any favor that Hyuse will ask. Hyuse wants to return to his home, and the away missions will be perfect for that.

This means that Tamakoma 2 will definitely have to get the spot for away missions if Jin’s promise is to come true. Jin came to spectate on the ongoing battles that have just started in the last episode as will be going on for the upcoming episodes until the winners are determined and ranked. Tamakoma 2 started well in the battle, with Osamu bringing in a new technique into their first battle. This means that they have an element of surprise, which they managed to use to their advantage.

World Trigger Season 2 Episode 6 will take the battles to the next level as all squads will be involved in a three-way fight. New episodes stream online on Crunchyroll. with English subs. With more rank battles focused fights upcoming in the next episode, this battle might not last that long. But let’s wait to see how it will go as things now are on Tamakoma’s side. 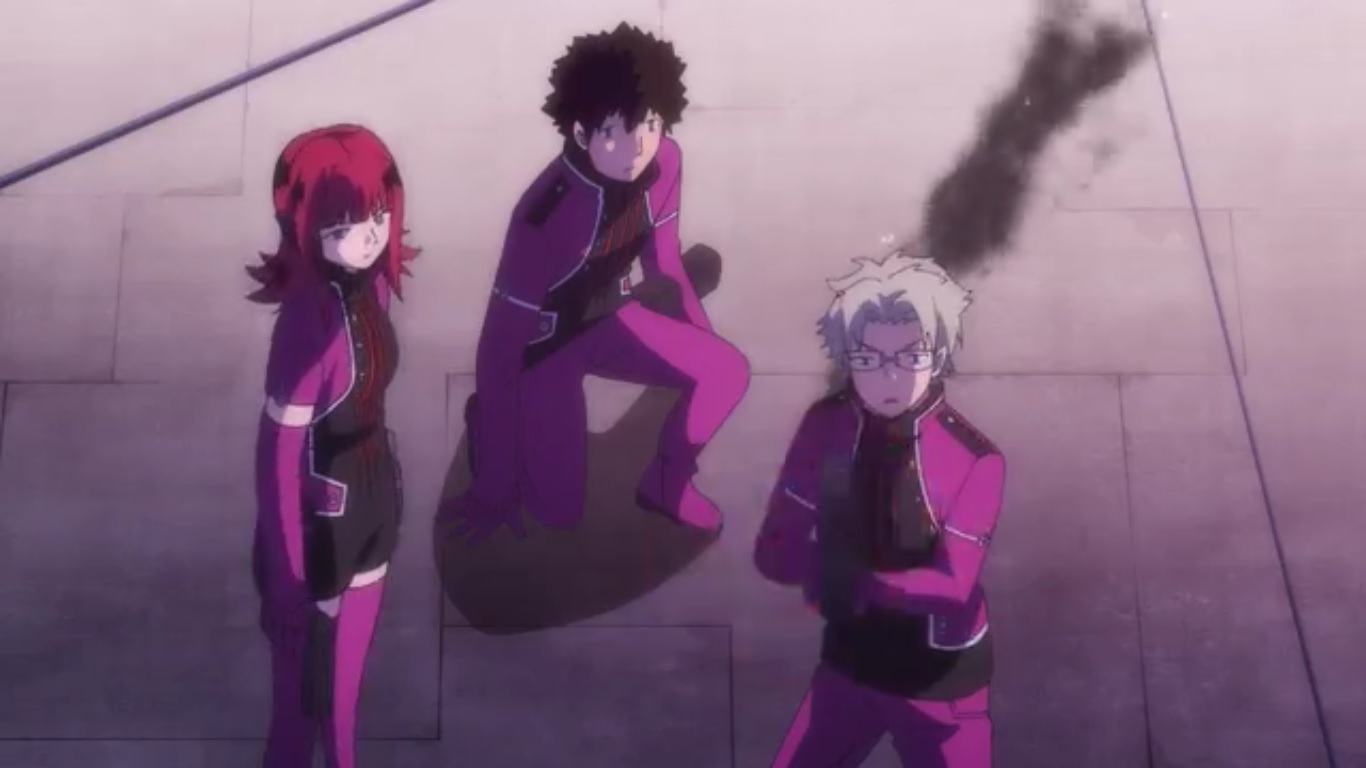 After Afto’s forces made a retreat on their unsuccessful invasion of Meeden, it was the time for the rank battles for the away missions to continue. Tamakoma continued with their aim for the away mission spot and have to go all out. Osamu also had a trick up his sleeve and had a surprise attack waiting. This gave his team an advantage, which they used effectively, and they now have the initiative in this three-way battle.

Only three teams remain Tamakoma 2, Kakizaki, and Katori’s squad. So this has become a three-way battle as the fight round for the ranking and away missions. In the beginning, Kakizaki and Tamakoma 2 wanted to regroup for a strategic battle. But the Katori squad went straight into attack when their captain, Katori, came across Kuga. This also attracted Kakizaki’s squad into an attack leading to a three-way battle.

Tamakoma managed to take a strategic lead with Osamu’s new attack and trapped Katori’s squad in Osamu’s new spider trigger attacks. This led to Chika landing a clean lead bullet hit on Yuta, giving them a lead and an advantage in the fight. Kakizaki squad also moved in to attack, but the three-way ended with only Tamakoma getting something out of it. But this means that their secret attack is now known to their opponents.

All teams retreated for regrouping in what appeared as a stalemate situation. But Tamakoma used this chance to set up Osamu’s spider attacks around and establish their own territory. The longer this takes, the wider their territories became. Meaning they now have a good advantage, Kuga and Osamu are now within the erected spider territory, and Kuga is invincible while inside this range.

Tamakoma 2 Takes a Strategic Lead in the Battle 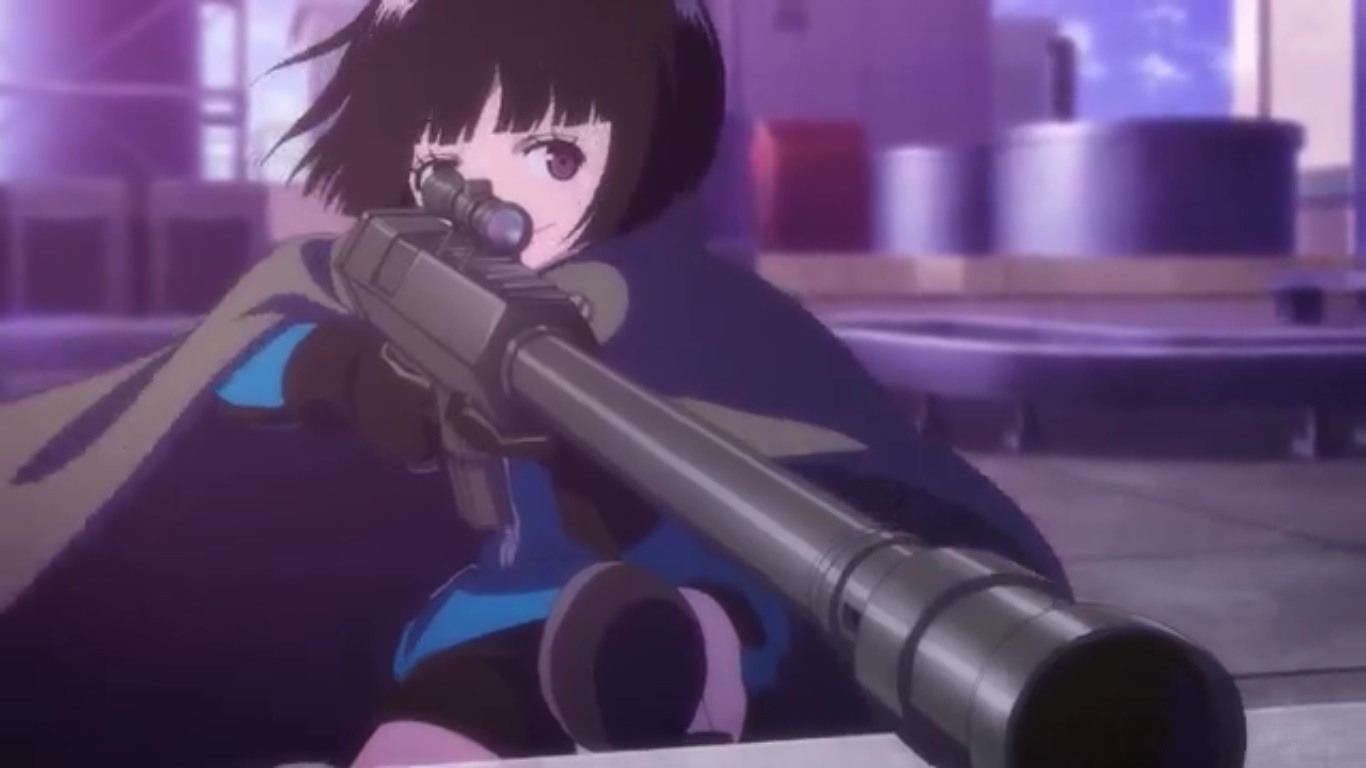 All three teams have regrouped for strategic discussions, with Tamakoma 2 continuing to expand their territory. On the other hand, Katori’s squad intends to lure Kuga outside the spider’s territory and take him head-on. But now, they are focused on fortifying their defenses. Katori’s squad and Kakuzaki’s squad move in a direction where they will both collide, which will soon turn into a battle. Chika also has set the base with her sniper and is ready to attack. With Kakuzaki and Katori going to battle it out next, they will be easy pickings for Chika with her sniper.

This means that Tamakoma will likely sit this one out while Chika waits for a chance to snipe the two fighting squads. Tamakoma has already landed damage on Katori’s squad and would not let the Kakuzaki squad take the spoils. But what will happen next will be interesting here as Tamakoma would not like to lose their lead. The next episode will then enter the next stage of the battle as Chika is ready to snipe both Kakuzaki and Katori’s squad that will be clashing soon.

To get more news and updates on the anime episodes releasing this week, you can read our weekly anime news updates. You can also look at the weekly manga highlights to see the popular manga chapters that will release new chapters this week. So make sure you check our latest news regularly to get all the latest updates.