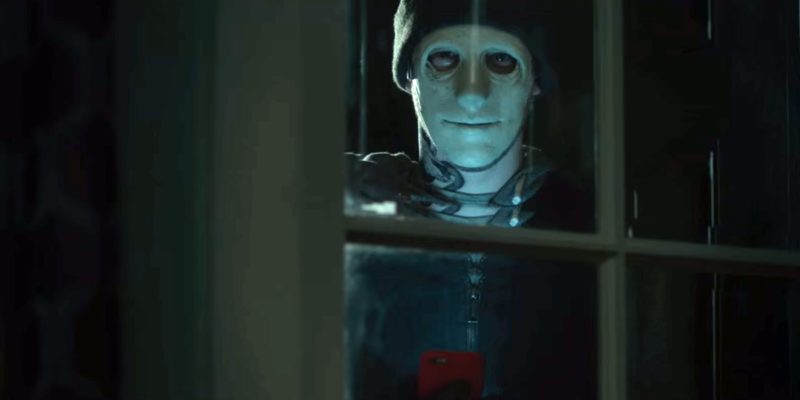 We have all seen the classic adventures of Sherlock Holmes, and then we went on to see the famous character of Hercules Poirot from Agatha Christie. It is quite observed that murder mysteries have always piqued the interest of audiences. After we had Netflix with us, an opportunity was provided to all its subscribers to watch an array of films that belong to this beloved genre. A variety of them has released pretty recently although, there surely are some that range back to the 50s and 60s. So here we have put together a list of films ranging from thriller and horror. It would help if you guys kept in mind that these films are all available to watch on Netflix, the streaming giant.

In this film, we see a distraught mother who is pretty relentless in searching for her missing daughter. Thus, she ends up shedding light on a variety of unsolved murders you young females. They have all proven to be the victims of Long Island Serial Killer. Well, you should know that this person has remained unidentified to that day. The murderer was dubbed with this title because he used to dump the bodies of sex workers near the South Shore barrier islands of Long Island. A real-life case of serial killers inspires the film. This tale, Lost Girls, does not give us a resolution because the police or any third party never caught the killer.

The Most Assassinated Woman In The World ― Released back in 2018

The Most Assassinated Woman In The World is a film that has originated in France. It is a tale about a theatre actress who is popular in the industry for doing characters that have tragically and brutally been killed on the stage. Here, we see that this actress Paula has to deal with a stalker and the haunting memories that were present in the dark past. Later in the scenes, we see that she finds a friend and a lover as well as a confidante in a smitten journalist whose name is Jean.

As they get closer, we see that Paula confides in him about all the nightmarish memories that she has regarding the night her sister was killed by the same man who went on to abuse her. But later, while he was escaping, he got caught. She also reveals how she always feels that he is still somewhere close to her, just like a threatening presence who is always watching. The film engages the audience and is even going to keep you away from your phone while it is running. We see that this tragic film about Paula ends in a heartbreaking and shocking act of crime.

In this murder mystery, we see an ensemble cast such as Crystal R. Fox and Tyler Perey, and Phylicia Rashad. It has been directed as well as produced by Tyler Perry. We see that Grace Walker is accused of murdering her husband, we witness that her lawyer does not believe the things that are adding up, which is why she launches an investigation of her own, which is pretty dangerous. In this film, you will find out if this lawyer will risk her life to get the truth and win or give up on Grace, just like everyone else had. A Fall From Grace has even employed some of the major twists that we have never seen coming up at all.

This film throws the entire spotlight on an intriguing story of a hermit. This man happens to live in the mountains and is currently on the run from the authorities. He has even survived through a break into an empty vacation home of the rich people. People start dubbing him as a Buster. When he started calling up radio talk show hosts regularly to rant about the impending doom, which is set on all of us, along with all the conspiracy theories that he believes in.

Later in the scenes, we witness that Buster gets haunted by his faint and fragmented memories. They are of a wife and a child, and the echoes of those tragic memories torture them. Later, we see that the police closes on Buster’s location, who is residing in the mountains. Then we see, via the means of flashbacks, why he is on the run. We have actor Rami Malek who plays the role of this shattered man whose entire family has just got murdered, and he wants to escape those tragic thoughts.

I Am The Pretty Thing That Lives In The House ― Dropped in 2016.

This film can be considered a supernatural and horror sort of murder mystery directed by Osgood Perkins while starring actress Ruth Wilson in the titular character. We see that Lily is hired in the form of a live-in caregiver to an elderly novelist who has dementia. Later in the scenes, Lily feels as if the house of this author is haunted. Lily seems and feels as if another presence is trying to communicate with her. Later, we see that she comes to know about an unfinished draft of a horror draft. After reading it, the fact becomes clear to Lily that Polly, a protagonist in this book, was actually not fiction.

The ill-fated story of Polly unveils, and thus, the sanity of Lily ends in an eerie sort of double death. It happens when Lily finds out the horrible truth about Polly and how she was killed. This film can be considered as a pretty spooky one and could be enjoyed with butter popcorn on Halloween with friends. It is full of scares at some subtle places that will surely keep up your heart rates. Also, the film provides a double treat to all the fans who love horror and mystery.