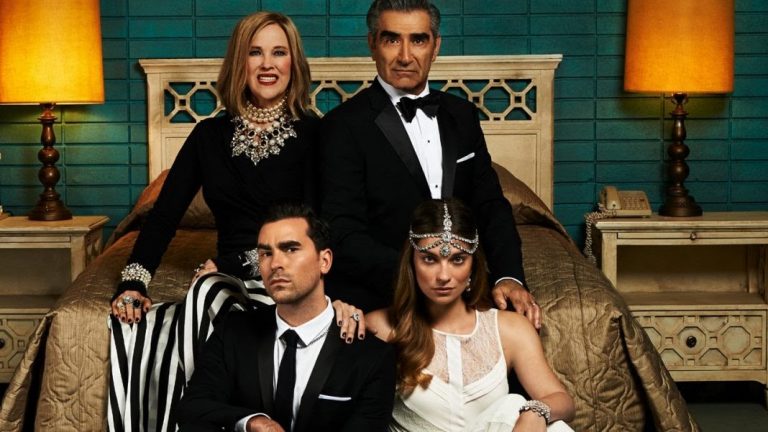 Schitt’s Creek is all set to release its seventh episode of the 6th season, which is also its final season. Last week, as we discussed the releasing time, platform, and other details of the 7th episode of Schitt’s Creek Season 6: ‘The Wingman’ that released on February 11, 2020, Tuesday, we will be doing the same today about the upcoming episode. Schitt’s Creek is making people look forward to watching it every Tuesday evening. The article contains spoilers, so proceed forward at your own responsibility. Please avoid this particular post if you don’t want any spoilers.

When is the Schitt’s Creek Season 6 Episode 7 releasing?

Schitt’s Creek is a Canadian sitcom television drama, created by Dan Levy, who himself stars as one of the main leads of the show. The first episode of the season premiered on January 7, 2020, and the upcoming Schitt’s Creek Season 6 Episode 7 titled: ‘Moira Rosé’ will be airing on February 18, 2020, at 9:30 p.m. EST on CBS.

You can watch the Schitt’s Creek Season 6 Episode 7 online on CBS or on the mobile app of the same name. We can tune in to CBS at the above mentioned time for the people with a cable subscription for the channel.

The Twitter handle of the show has not yet given any updates about the upcoming episode, but we are sure they will be updating us with it soon.

The show also premiers on Pop TV, and on Netflix but the worldwide viewers will have to wait for Netflix to release it to watch the show. The episode can be streamed at unofficial platforms as well, but in that case, it won’t benefit the creators of the series much. Therefore we will advise you to avoid using pirated sites for watching the episodes.

What is Schitt’s Creek Season 6 about?

The story follows Johnny and Moira Rose, a rich couple who, after losing all their money, are bound to reconstruct their lives with a there only remaining asset: the small town of Schitt’s Creek which once, they purchased casually. They are living there with their two adult children, in two adjacent rooms of a rundown motel. It casts Eugene Levy as Johnny Rose, Dan Levy as David Rose, Sarah Levy as Twyla Sands, Catherine O’Hara as Moira Rose, and Annie Murphy as Alexis Rose in lead roles. The show has a total of 14 episodes, and is episode will run for 25 minutes.