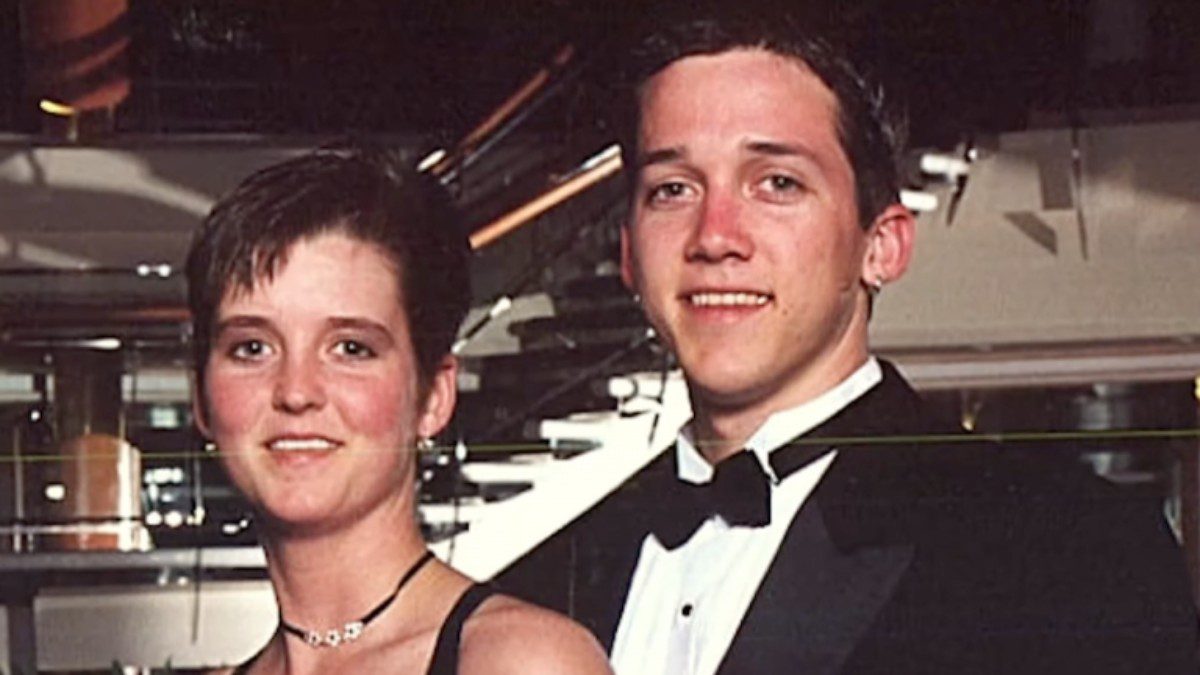 Amy Lynn Bradley with her brother

It is hard to find people who get lost on land, but it is worse to go missing in the great blues. So was the mysterious life of Amy, the girl that boarded a cruise ship and vanished. On the 12th of May, 1974, Amy Lynn Bradley was born in Chesterfield County of Virginia. She had completed her schooling at Longwood University in her county and graduated in physical education.

After her graduation, intending to start life afresh, she took up a job as a computer consultant. Amy Bradley decided to go on a cruise vacation to Curaçao with her small family to celebrate the occasion of her new job aboard the Royal Caribbean International ship “Rhapsody of the Seas”. The 23-year-old and her family boarded the ship on the 21st of March 1998 and set sail. She was famed for her swimming and had served as a lifeguard.

She and her brother Brad were observed dancing with the ship’s band, Blue Orchid, late into the night at a Mardi Gras nightclub. Chris Fenwick, who was supposed to record the holiday on his business camera, photographed Alister Douglas, better known as “Yellow,” drinking with Amy in the evening. Yellow subsequently testified that he left the gathering approximately an hour after midnight.

Amy arrived roughly five minutes after her brother, who was alleged to have returned to his compartment at 3:35 a.m. On the 24th of March, at about half past five in the morning, reportedly, their father thought it better to check if his children had returned to their suites and peered through his balcony to find nothing out of the ordinary, his daughter was laying on the couch. After some light sleep, he returned for a second check, but she had since disappeared into thin air.

When Ron had previously glanced, he saw Amy’s legs from below her waist, but her face was obscured. Before falling asleep in his room once more. He said that he knew the balcony door was shut because he would have gotten up and shut it in case it was not. But when he awakened at six a.m., she was gone, as were her cigarettes and lighter. Later, he stated that when he departed, he would try to find her.

When he could not find her at any cost, he was devastated and dazed, and his senses stopped working. He went outdoors later to seek her. He thought it was highly unusual for his daughter to leave without prior informing her family where she was going, so when he could not find her, he did not know what to believe. He alerted the rest of the family of Amy’s disappearance around 6:30 am after rummaging the ship’s public areas. 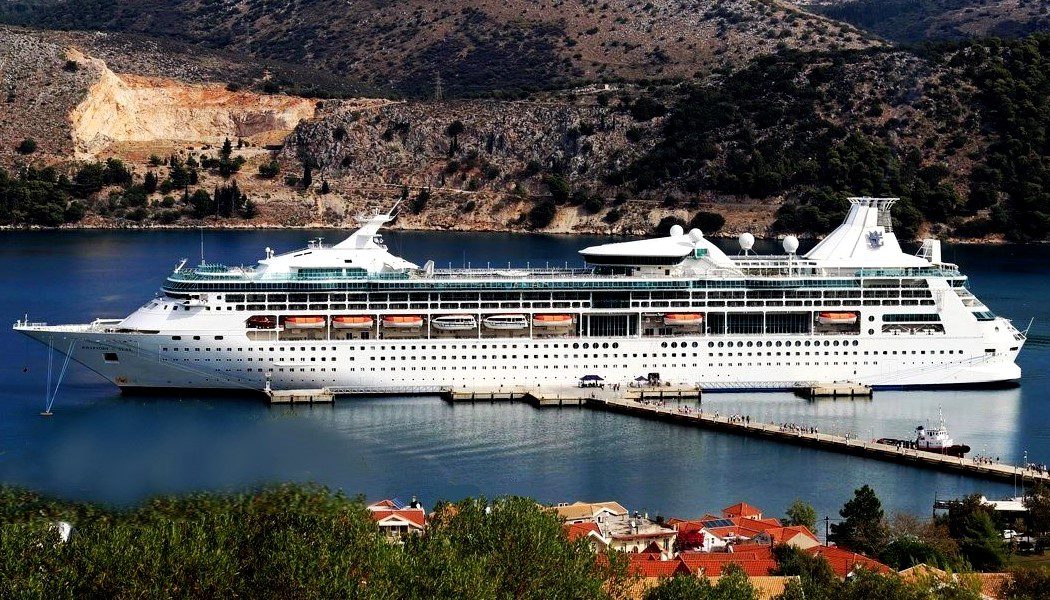 Rhapsody of the sea Cruise ship

The family promptly relayed the news to the cruise staff. They pleaded with them to stop the 2,000 passengers on the cruise vacation from leaving the ship, just in case their girl was with one of them, but the staff took no heed. The purser’s office argued that issuing a ship-wide proclamation at the time was premature.

After most of the passengers had gotten off the ship when the cruise reached port, the crew reluctantly made the required announcement at 7:50 a.m., requesting Amy Bradley, if she was present, to come and report at the desk. Between 12:15 and 1:00 p.m., cruise employees made an effort to scan every crevice of the ship, but she was not to be found.

A four-day search amongst the waters where she vanished was done, and the “Dutch Caribbean Coast Guard” even leased a boat to examine her case upon the family’s request to find Amy, or at least she remains. When the water-borne searches showed no prospects, three helicopters were brought over paired with a radar airplane to see through the deep water but to no use. The search was brought to an end on the 27th of March due to a lack of any leads to the girl’s whereabouts.

The Crazy Sightings Around Town

Her family refused the idea that she would have fled. Amy had a new job and a new apartment in Virginia, according to her father, not to mention her beloved bulldog, Daisy. Worryingly, the ship’s arrival in Curacao allowed any possible kidnappers to drag Amy Lynn Bradley off the ship and into the crowd. Amy, on the other hand, was considered to have drowned or committed suicide by officials. This notion was immediately refuted, however, because Amy was an excellent swimmer, her body was never found from the seas, and there was no indication of foul play. 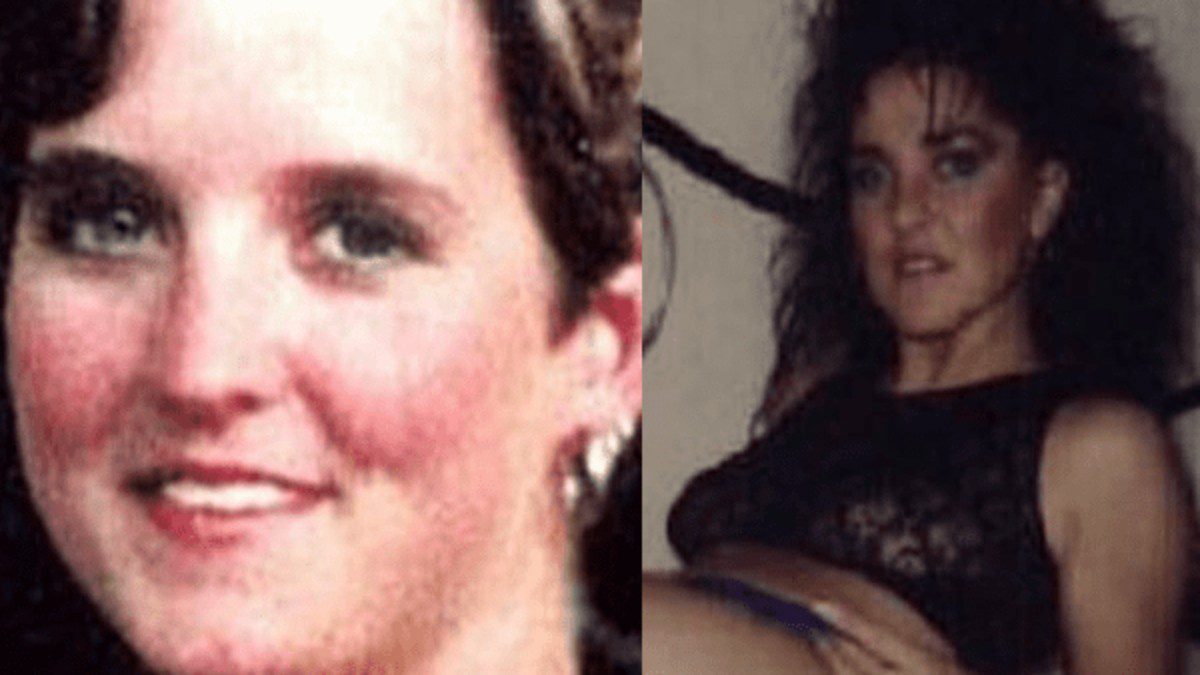 Amy Lynn Bradley was said to have been forced into prostitution, but there is no confirmation

Two guests would later inform her father that they had seen a lady similar to Amy’s description climbing an elevator to the ship’s deck with smokes and a lighter on the morning of her disappearance. This led only to dead ends. Later that year, a cab driver claimed to have seen Amy and approached him with an urgent need to use a phone, but authorities never confirmed the incident. In August of that year, a Canadian claimed to have seen Amy—or, at the very least, a familiar lady with identical tattoos who persuaded him it was her—walking with two guys on a Curaçao beach, asking for his attention.

A veteran of the United States Navy reported to the Bradleys in 1999 that he saw a young woman in a brothel. He told them that the woman confirmed herself to be the real Amy in the newspapers and that she desperately needed his help to get out of her predicament.

She cried that she was forced to work at the dank place, and she wanted to return to her family, but the officer turned a deaf ear out of concern for his career. He only stated the matter after his retirement, and he could offer no proof to the family to support his claim. In the later months of 1999, the Bradleys received an email from a man called Frank Jones, who claimed to be a navy seal.

He swore to the family that he’d seen Amy being held captive by Colombians in a housing complex and that, as a former US Army Special Forces officer, he and his squad could launch a rescue attempt. Jones and his team back up their claims by describing Amy’s tattoos and singing a song that Amy’s mother used to sing to her. Over the next few months, they fed the family news and updates while requesting a total of $210,000 in cash. The family expected his call following the rescue, but it never arrived. The spectacular story had all been a ruse, and Jones was condemned to prison in 2002 for a different fraud. 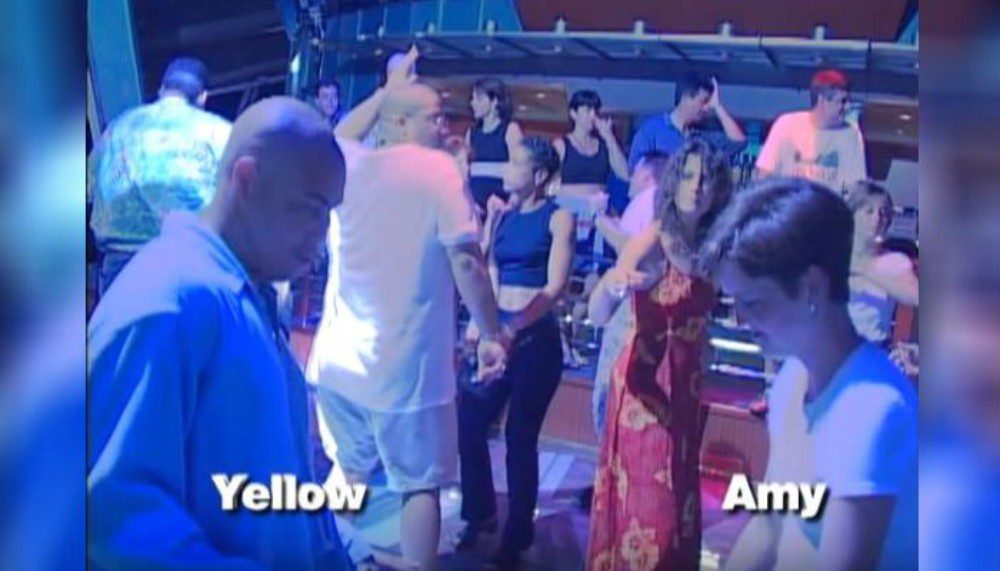 Amy was found dancing with Yellow the previous night

In 2005, a certain Judy Mawer was said to be in a women’s lavatory cubicle in Bridgetown, Barbados, when she heard two guys noisily enter the washrooms, she began yelling and threatening a woman in another stall. Seemingly she waited a few moments before exiting the bathroom to find a woman crouched over the sink, with her whole being in shambles.

The woman introduced said her name was Amy and stated that she was from Virginia. The two guys came back a few moments and violently dragged away the woman. Judy said she wasted no time and rushed to the FBI and gave the descriptions of the two men and the woman. The woman seen in the washroom held a strong resemblance to the photographs sent to the Bradleys around the same time. But it led to nothing.

Did The Cruise Members Do It?

The Bradleys were concerned that certain persons onboard were paying “particular attention” to their daughter. Amy’s father told Dr. Phil on his broadcast that they immediately observed a lot of attention on their daughter from the staff members. Ron remembered one of the servers asking her name and informing her that the cruise crew intended to take her to Carlos and Charlie’s Restaurant when the ship was stopped in Aruba. When he confronted his daughter about it, she stated that she would not go and would have nothing to do with the crew members.

She said they gave her the creeps. This narrative was made even creepier when it was known that Natalee Holloway, an 18-year-old American woman who went missing in Aruba in 2005, was last seen at Carlos and Charlie’s Restaurant. The Bradleys heard from witnesses who saw Amy early on the morning she vanished — with Yellow, near the ship’s dance club at about 6 a.m. Yellow denied this.

In the coming months, Amy Lynn Bradley’s family would write politicians, foreign leaders, and the White House. They hired private investigators, created a website, and established a 24-hour hotline after receiving no useful replies. Thus, to this day, the mysterious disappearance of Amy Lynn Bradley clusters dust as it stays unsolved.