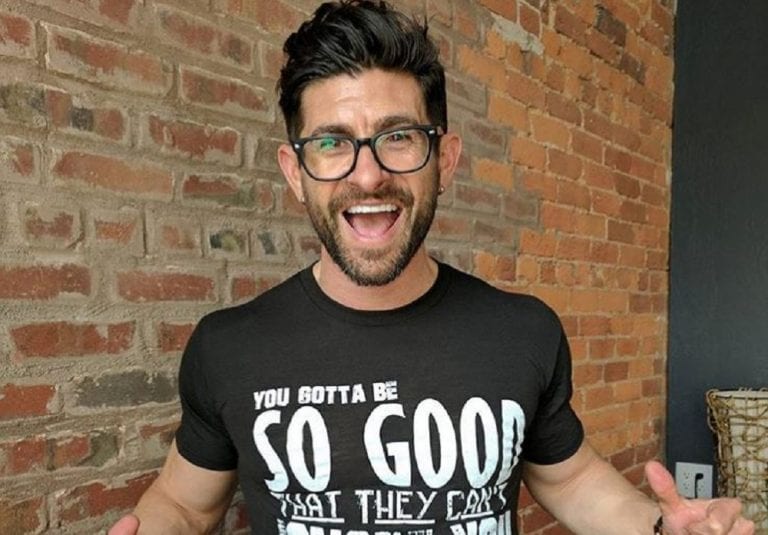 Aaron Marino Net Worth in 2020 and Early Life

Aaron Marino is an American lifestyle expert and YouTuber who is popular among the people as the ‘Alpha M Guy’. He runs a channel known as Alpha M which is an image consulting firm and helps people enhance their skills like grooming, dressing, fitness, and much more.

Marino was born on 19th May, 1976 in the United States. Not much information is known about his parents or rest of the family as he likes to keep his personal life private. But it is said that he studied at a college in West Virginia. Marino is said to have helped his parents in paying his fees by cutting his friend’s and other people’s hair.

Marino has kept his personal life quite private despite his social life being quite happening. In 2007, Marino got married to Tracey Woodard. As said earlier their relationship is quite the secret one and they do not have any kids till now or not that the media knows about any yet.

At a very tender age of 13, he was interested in fitness and gym. Later on, he also became passionate about fashion and grooming which led to him becoming one of the experts in today’s men’s fashion trends. As soon as he graduated, he moved to Atlanta to start a nutrition shop business with one of his business partners. In 2006, he launched the Alpha M Image Consulting. In the same year, he released his own clothing line. His clothing line runs by the name M. Apparel.

Aaron also made an appearance in Shark Tank to represent his company Pete & Pedro but was turned down by all the sharks. Even after being rejected, his sales increased after the episode was aired but Marino believes if anything, the growth of the company has happened due to himself and not his appearance on Shark Tank. Given below is a link to Aaron Marino’s YouTube channel.

Aaron Marino’s net worth is estimated to be approximately $4 million. The primary source of his income has been from his firm called Alpha M. Image Consulting. He also earns as a personal trainer for different people. He has even worked as hairstylists for several males and made good money from the business. His earnings from YouTube are also quite good and make an annual amount of approximately $2 million yearly. Marino is known for his YouTube channel and he taught people about his work there. We do not have much information available regarding his house and cars. We will update you as soon as we come to know.