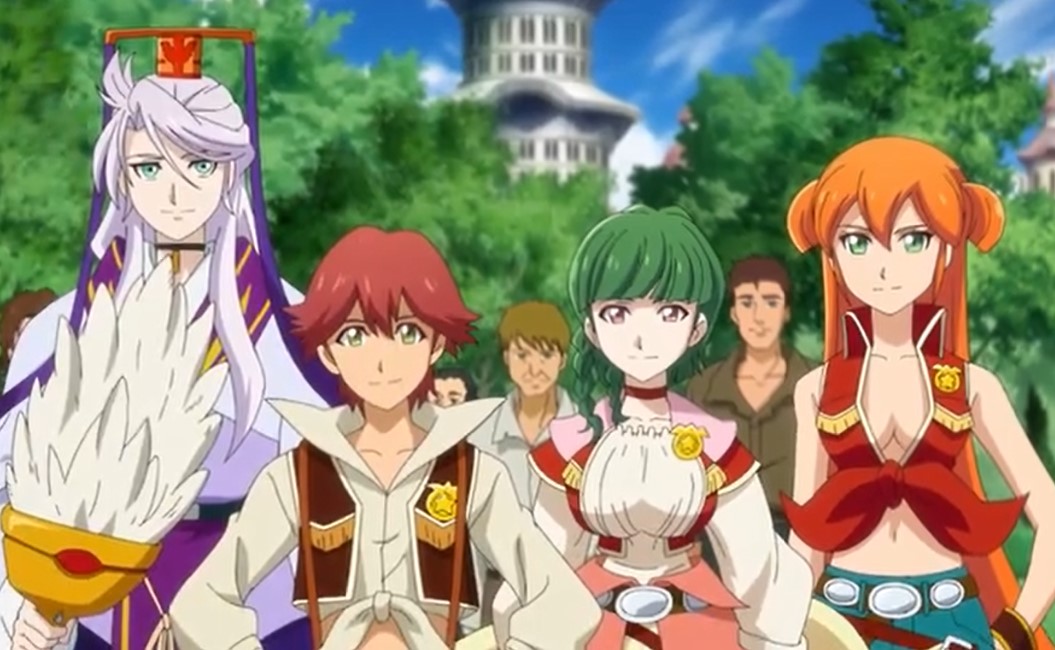 Back Arrow is at its peak; let’s find out the recent development of Back Arrow Episode 9. The villagers are scared to continue with the journey. They think that if they pass the wall, they will be cursed and die. Eisha convinced them and said she has decided to continue on the journey. Meanwhile, Lord Walston got punished by commander Prax for making the princess cry. Later Prax helps Arrow and others to battle the enemies that wanted to destroy the ship.

Prax told Arrow that the princess wants to speak with him in person. Arrow realizes that will delay his journey to the wall and started to think about it. Prax left, saying she will come and talk with Arrow later. Arrow and his crew reach the north wall; however, neither Briheights nor the Granedger could damage the wall. When they are there, they were attacked by General Bai Toatsu and the Rekka army. But they were victorious.

Previously on Back Arrow Episode 8

Later the rest of the crew was invited to be guests of Maestrog Castle, but Arrow decided to remain. While Bit practices shooting with his gun, he is missing his target and thinks that his stupid gun doesn’t have any recoil. Eisha calls Bit that they are about to reach Lutoh, and he heads back. When Bit arrives at his crew, he asks why how the Granedger is moving. Shuu said he would explain since the Admiral is here.

Shuu reveals that, as suggested by its name, Supremacy of Lutoh, it has Six Supremes. It is controlled by six noble names, the Six Supremes. The current head of state is Princess Fine, who is an advocate of peace. Unlike Rekka, Princess Fines will warmly welcome their ideas and plans.

Commander Prax is one of the Six Supremes, and she is noble. Shuu reveals that she is not just a noble but also a Briheight commander who ranks at Lutoh. He also said itis an honor that they came to invite them in person. Prax comments that Sir Bit is ranked higher than Shuu Bi. Shuu is rumored to be the smartest in Rekka. 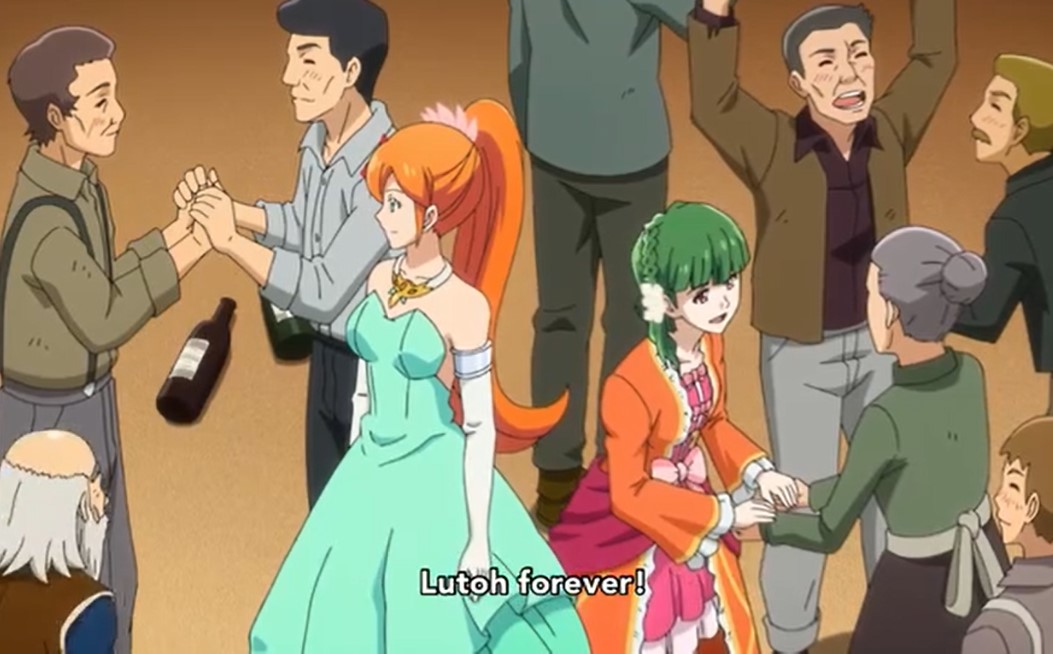 The crew arrives at Maestrog Castle, and Princess Fine welcomes them, talking from a big scream. She told them to enjoy themself, and the citizens welcomed them with open arms. While Arrow is at the wall with Dr. Sola, he is trying to find his way out, but the wall is too powerful. Meanwhile, his majesty had hired a mighty guy who singlehandedly destroys an army of more than a thousand men alone.

The mighty guy bows in front of his majesty after taking down the boss of the army. He told his majesty that his next target is Lutoh. At the castle, they had a banquet welcoming the villagers of Iki. Eisha and others can’t believe that they are eating food they have never seen in life. They enjoy the luxury, booze, food, and hot tubs of the castle. Eisha and Atlee me with Princess Fines while they’re enjoying the hot tub.

They can’t believe that they are bathing with the princess naked. The princess told them there’s nothing wrong with it since they are both leaders. After bathing, Fines wishes that she should have met with Arrow. Prax came and told her that she must leave it to her; she will handle everything. Later, Prax heads out and meets with Arrow at the wall. She told him that she would go back with him no matter what. 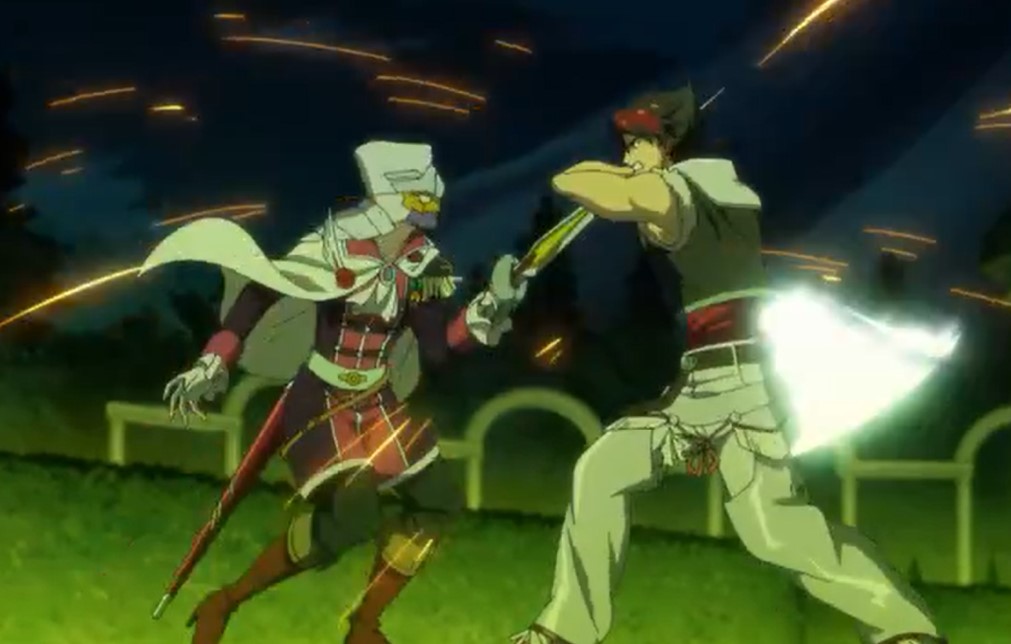 Prax shows Arrow how someone’s will possesses the World Wall and that it is impossible to pass through it. She puts Arrow to sleep and heads back with him. Instead of bringing Arrow to Fines, Prax head with Arrow to the lab. She orders the doctor to do an experiment on Arrow. Shuu is aware of everything, and he decided to save Arrow with the help of Bit. At the lab, Arrow wakes up and finds that Prax has fooled him.

Arrow asks Prax to take off her mask and reminds her about serving the princess. Prax reveals that Dr. Demyne will unravel Arrow’s power to control Brigheight without conviction. Shuu and Bit are hiding nearby, and they have heard everything. Shuu told Bit to shoot the red button for Arrow to be free.

Arrow manages to escape after Shuu throws a smokescreen. They battle with Prax, and Arrow removed her mask and finds that it is not Prax. He realizes that the lady is an imposter trying to ruin Prax’s name. The lady has the power to poses two people. She told Arrow that the ones that see her face are supposed to be dead. The battle continues.

Read how Commander Prax punishes Walston, who was experimenting on the Pretty Boys here: Back Arrow Episode 8.