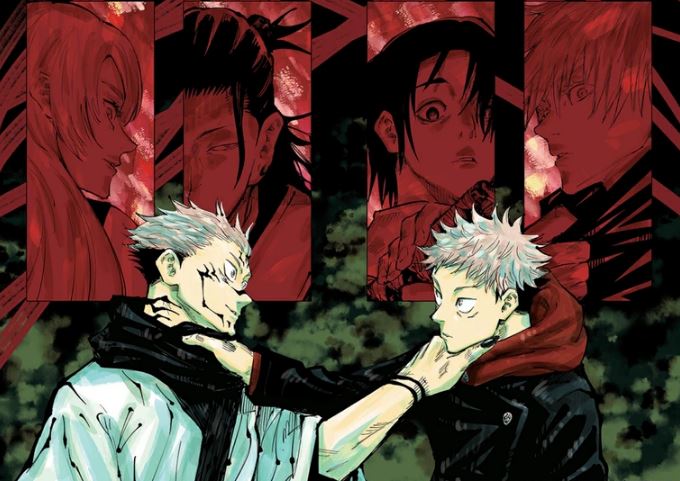 The story of Jujutsu Kaisen Chapter 199 starts from where we left in Chapter 198. We come to know the new powers of Maki in the previous chapter, where she exorcizes Naoya finally and marks herself as a fighter as powerful as Toji. Fans of the Jujutsu Kaisen expected that with the end of this chapter Sakurajima Colony Arc would also be ended, and we will see the current status of Megumi and Yuji in the future chapters of the Jujutsu Kaisen Manga series.

But when we finally got over hand on the spoilers of Jujutsu Kaisen Chapter 199, which reveals the answer to of some the most unsolved theories about Sukuna and Hana Kurusu. The upcoming chapter is pretty much giving us everything that we have wanted for a long time now. We are finally moving away from all of the initial main character’s boss battles of the culling game and then recruiting allies and we are going to more plot progression here in this Chapter.

At the start of the chapter, we see that Fushiguro is waking up on his bed. Then the Angel asks Fushiguro If he can by any chance help her to defeat the Fallen Angel, then she promises him that she will break the seal.

So will just put a pin in that last statement there because it will be revealed in some time, but we are finally coming back to Megumi here because the last time we saw him was in Chapter 173 after he had successfully defeated Reggie Star. He wound up like sicking his wild dog on Reggie, till suddenly an image of  Tsuniki popped into his mind telling him to stop. But Megumi refuges his thoughts and then kind of just passes out.

After our feathers fell on top of him and then it was revealed that Hana Kurusu, the Angel was above him, and that’s where we left off. For months and months, we had no idea what had happened, and now it turns out that she killed him in that fight which was assumed, but she is with him, and he is waking up on a bed here. 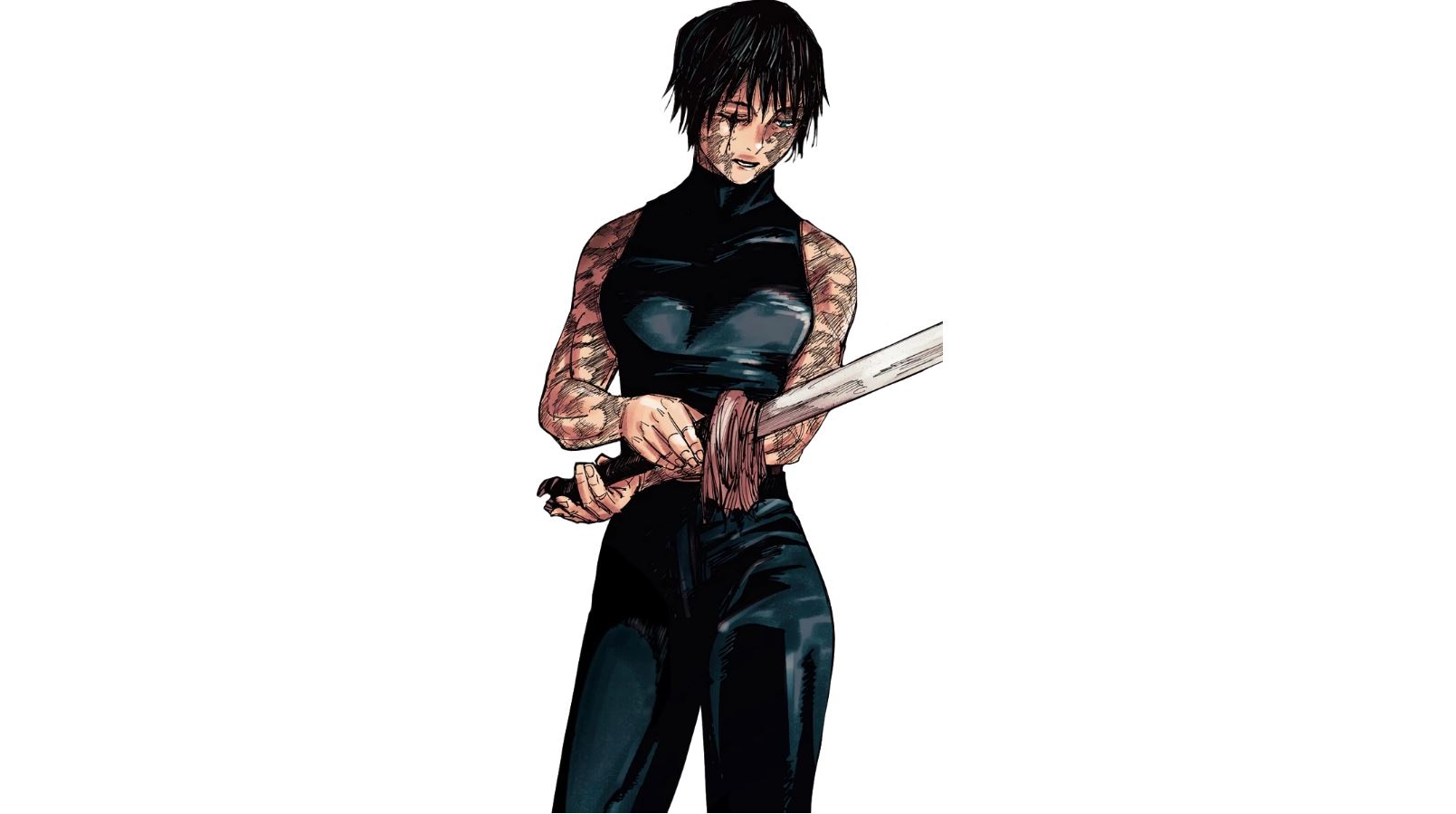 Going further, according to the leaked spoilers, Megumi wakes up in a bed in a hotel room on the night of 14 November.

Yuji is holding a wine glass and wearing a bathrobe and sees outside of the window. Returning from the food survey, Takaba accumulated a total of 359 points with the help of this food survey.

So, in short, in Jujutsu Kaisen Chapter 199, Yuji is finally back, Megumi is back, and judging from what we see here in a spoiler, Takaba returning from Food Survey is might because he is getting food for them, and this could mean that Takaba is with that group now which is impressive. 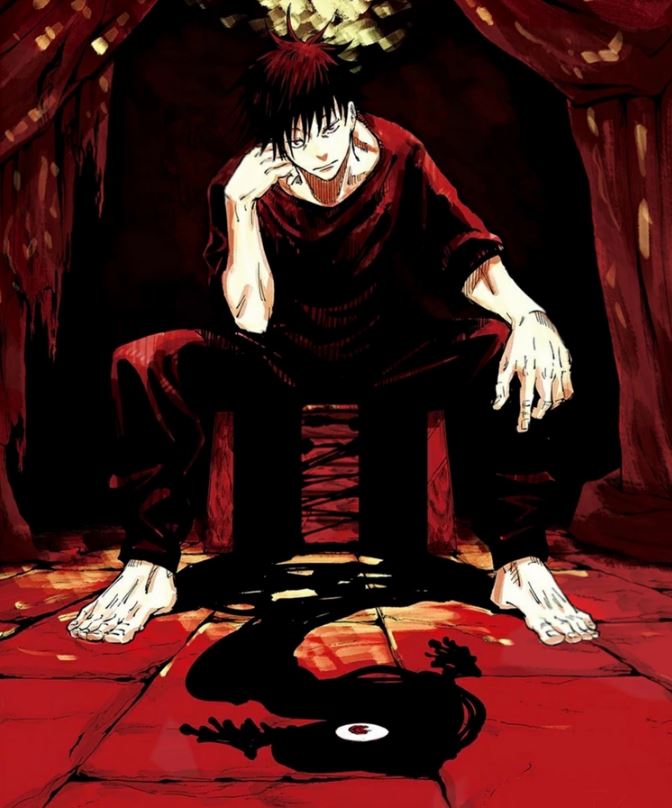 Considering the leaked spoilers, it might be the case that Angel grabbed Megumi, and then they eventually met up with Takaba and Yuji, and now they are just chilling in this hotel here also, it’s stating that they have 359 accumulated points among them, means that they can add three rules now but haven’t done yet.

There is also a portion about Noritoshi Kamo in this Jujutsu Kaisen Chapter 199 Spoilers. According to the spoilers, when someone asks Noritoshi Kamo whether is she the Angel, a mouth like Sukuna and Yuji appear on her cheek, which tells everyone that she is the Angel. And when they ask her why she saved  Megumi Fushiguro, she gets interrupted by Kurusu Hana.

This is massive because it is the only other instance that we have seen something like this happen so far. Usually, when a sorcerer reincarnated, that has just taken over their original host body, and that’s the end of it, they just became them. But obviously, we saw the special circumstances with Yuji. He was such a powerful vessel that he was able to maintain control. And this might be the same thing that happened here with Hana Kurusu and Angel.

Considering all the spoilers of the Jujutsu Kaisen Chapter 199, we can say that this chapter took a sharp turn. Because Gojo Satori is sealed, there are very few characters who can stand a chance against Sukuna as he already ate fifteen fingers. But when it got revealed that Hana is the Angel and he is the protection of Megumi, Megumi can stand against Sukuna.

It is also revealed that there is also the existence of such cursed spirit vessels that can reside inside the target body together just like Yuji and Sukuna, also and how they can defeat Sukuna.