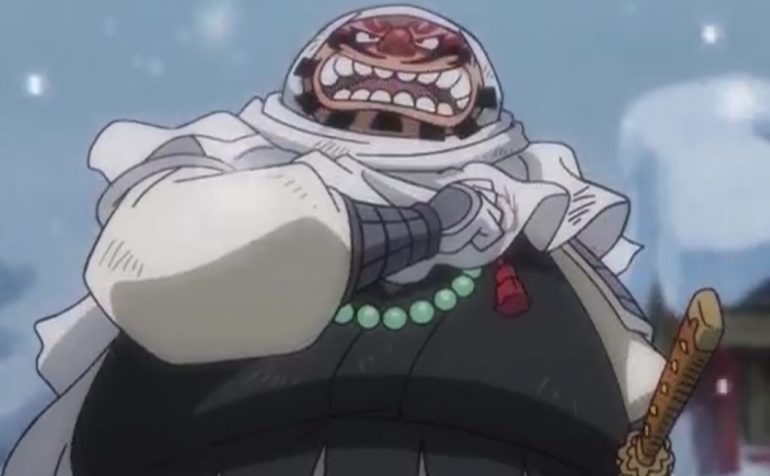 One Piece Episode 955 Release Date, Spoilers, Recap, and Where to Watch Online?

Zoro and Kawamatsu have unleashed a two combination combo of two-sword style and rhino cycle destroying Kaido’s allies at the Bandit’s Bridge. Gyukimaru wakes up and he is glad that Kawamatsu is alive nut he started running in the opposite direction. Zoro thinks that he is escaping and decided to chase him. Zoro follows Gyukimaru’s bloodstains and manages to catch up with him.

He finds Gyukimaru dig something and disappears inside a hidden underground house. Kawamatsu is with Komurasaki wondering who that monk is that Zoro was chasing after. Suddenly another group of Kaido’s men shows up firing bullets. Kawamatsu unleashes another Kappa style Yukiri and slashes them in a single hit. He then wipes the blood of the enemies he has killed out off Komurasaki’s face. He said they must leave before more of Kaido’s allies show up.

One Piece Episode 955 will be released on Sunday, 20 December 2020, at 9:30 AM JST. Keep in mind that every Sunday a new episode of One Piece is released. This post contains spoilers of the next episode you can skip them if you don’t like them. You can watch this Anime’s latest episode officially on Crunchyroll. Take a look at more details below.

Previously on One Piece Episode 954

While they are moving away Komurasaki asks Kawamatsu why he is here and he explains why. He reveals that Ringo was destroyed by Kaido just like other regions and he asks her if she knows about Ringo’s tradition of Eternal Graves. Komurasaki said yes, revealing that corpses are placed in caskets and they don’t decompose for centuries due to the cold. Kawamatsu said it is correct and grave markers are supposed to be swords.

People in Ringo are given swords when they are born and grow up with them keeping them into old age. When they die the swords they carried become their grave markers. The people are with their swords for eternity and that is why those graves are called the Eternal Graves. Since some of them are known as great swords graverobbing is a continual problem. Kamamatsu narrates the story that happened in the past 13 years ago when he came.

He was determined if he cuts his belly he will do it in this region. When he wanted to do it he hears the sound of gunshots and he heads there and encounters a monster. He went straight to the monster without fear since it is disturbing his moment of death and he can’t die in peace. He realizes that it is the same monster that he has met before. It is the Koma Fox Onimaru who was a companion of Shimotsuki Ushimaru the late Daimyo of Ringo.

He then notices that Onimaru is protecting the Eternal Graves all by himself. For more than five years since Ringo was destroyed. Onimaru had been fighting by himself against grave robbers who came to steal weapons from Eternal Graves. Kawamatsu tells Onimaru that he is his ally and he notices that Onimaru is badly injured. He stayed with Onimaru at a nearby house taking care of his injuries.

The two enjoy staying together, sharing food together until one day in the morning things get out of control When Onimaru wakes up he finds Kawamatsu digging the swords out of the graves. Onimaru gets angry and went into fight mode. Kawatsuma got a bite in his hand and asks how could he explain it to him. He said that he doesn’t want to disturb the sleep of the dead but he must do it now.

He reveals that 13 years from now there will be a big battle again and Onimaru can’t understand Kawamatsu. He kept on fighting with him and Kawamatsu said that when the battle starts they will need tons of swords on the battlefield. Kawamatsu reveals that the battle between the Animal Kingdom Pirates and the Land of Wano is not over yet. It is too early to lay these swords to rest until the day of the battle arrives and they can’t let the robbers have the swords.

Kawamatsu decides that he will have to collect them and hide them. Kawamatsu said that he couldn’t protect Hiyori-Sama that why he wanted to kill himself. The list he can do is to hide the swords and wait until the day of the great battle to arrive. Onimaru finally understands what Kawamatsu is talking about and decided to let go of his hand. He then allows him to do his job and they both helped each other.

Later they dig a tunnel and hide all the swords inside it, while Bingoh and his allies think that there is a money-making opportunity. They talked about steal as many words as they like to sell them. The trio got beaten by Kawamatsu and Onimari before they cross the bridge. Kawamatsu told them that he is Gyukimaru trying to hide his real identity. Back to the present Komurasaki reveals that the monk’s name is Gyukimaru.

Later Kawamatsu got arrested and held captive for 13 years which separates him from Onimaru. The two follow Zoro and finds him standing in front of the door that the monk has disappeared to. Kawamatsu realizes that it is where the swords are hidden. He enters inside the building and finds all of the swords inside it and he calls Kinemon telling him to send soldiers to get swords.

He is wondering who did it since only humans can do it. At the other side of the building, Gyukimari unveils himself and appears Onimaru saying that he has full filled his duty and then left. Komurasaki tells Zoro that he can return the Shusui to the land of Wano in exchange for her father’s sword Enma the famed blade. It is Oden’s legendary sword and the only weapon that ever injured Kaido. Zoro is glad to hear that Enma can destroy Kaido.

With us here we will keep on releasing new episodes and updates every week after the release of the latest episode. This week that all we have about this Anime’s latest youtube preview and updates. Make sure to read our recent on – The Irregular at Magic High School Season 2 Episode 12.