Partner Track Season 2 is what fans like us are looking forward to watching after the first season left us off at a cliffhanger. The show gives us the drama in the life lead character Ingrid Yun. She is working as a law associate at a big fictional firm in New York City called Parsons and Valentine. Her boss, Marty Adler, is a sexist man who does not appreciate Ingrid enough even though she works more than her male colleagues. He is constantly putting her to work without even rewarding them.

As for Ingrid, she wants to make a partner at the firm in the present year, given the fact that it is her 6th year. For this, she landed a huge SunCorp merger deal with GreenTech led by Franklin Min. As for her romantic life, she is still stuck on a man she met in England while attending a wedding. The two hooked up and never even exchanged their names in the hopes that they would never meet again. But well, they do meet again and at her firm itself. The man, Jeff Murphy, is now a new transfer lawyer from England and starting his year at Parsons and Valentine in the New York office. 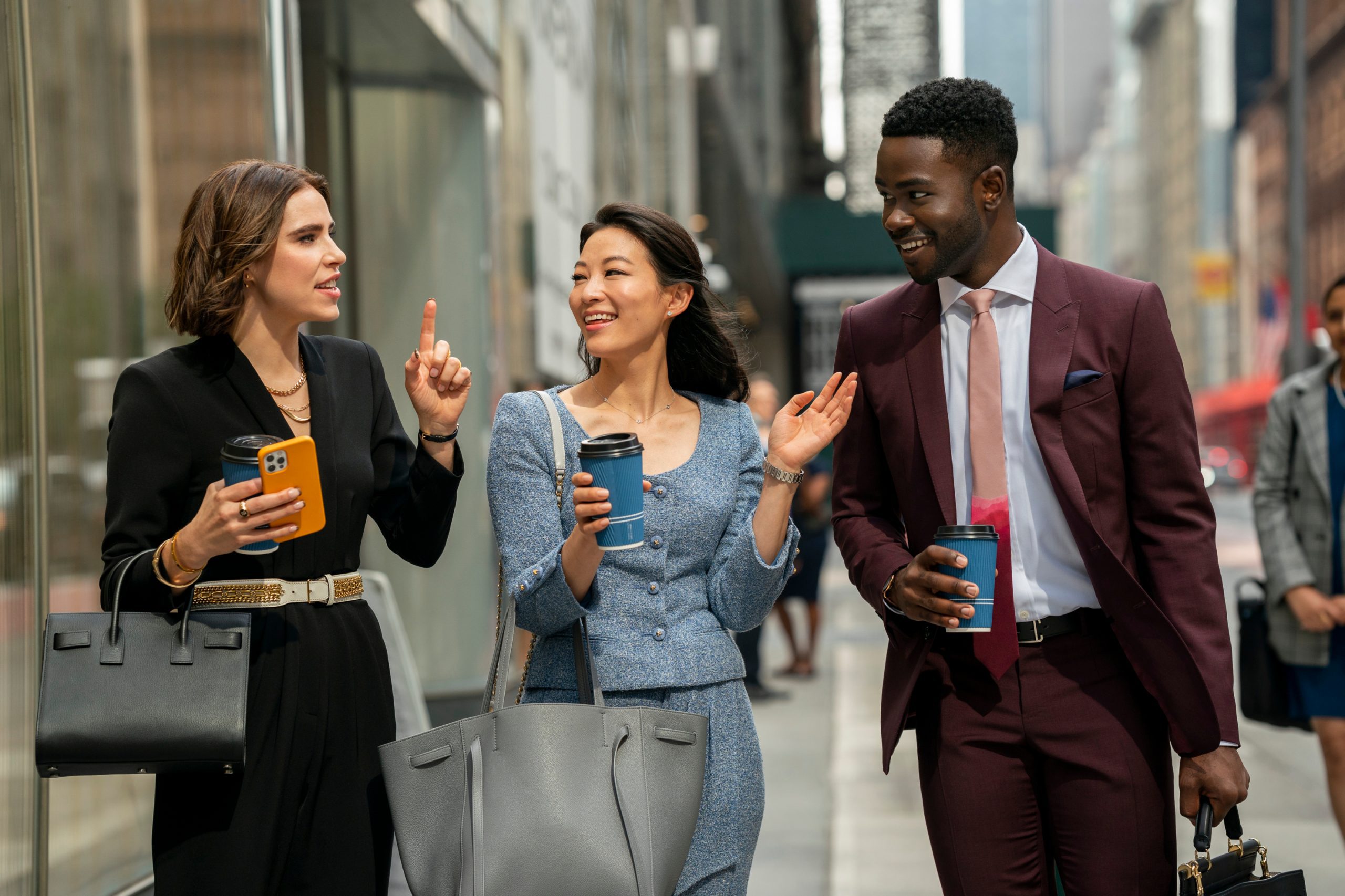 A still of Rachel, Ingrid, and Raymond from Partner Track

Throughout the show, we see her constantly trying to keep things cool between him and Murphy, but at last, she loses herself again and sleeps with him. To make matters worst, she is in a relationship with New York socialite and millionaire Nick, who absolutely loves her. The two actually have chemistry and fun together. Well, Nick finds out, and the two break up. We see Jeff and Ingrid starting their relationship officially.

There are various subplots focusing on Ingrid’s friends Rachel and Raymond. Raymond is an African American man working at the firm but is called out by a racist colleague. When he tries to complain to HR, the racist colleague Dan does not suffer any serious action and still is on the Partner Track. Ingrid, too feels racism from him and Marty but keeps quiet in the hopes of making a partner. Coming back, the big blow was when she got arrested on the charge that she stole a pair of diamond earrings. Those earrings were actually stolen by Mina, her little sister, from Nick’s apartment because she needed money.

In order to get her out of jail, Ingrid calls Jeff, who manages to save her, and the charges are dropped. With everything set on the partner track and Jeff promising not to tell about this misunderstanding to anybody, the evening finally arrives when the partners are announced. Although Ingrid does not make it instead, Jeff, Dan, and Tyler do. This pisses off Ingrid, who later finds out from Marty that Jeff was the one who told him about the arrest, which sabotages her becoming a partner at the firm. The show ended right here, and we are thus looking forward to getting a new batch of episodes.

Partner Track Season 2 release date is not set yet. Jinny Howe is the head of drama development at Netflix. While talking about another season for the series, she revealed that they are very excited about a new season, but you guys should not get confused. It is not confirmed yet. But Howe really seemed enthusiastic about the story and even said that they had planned a lot about the same. Although, the executives are still at an early phase of analyzing a renewal, and we should keep our fingers crossed for the same.

Also read: The Capture Season 2 Episode 1 Release Date: Everything That is Valid