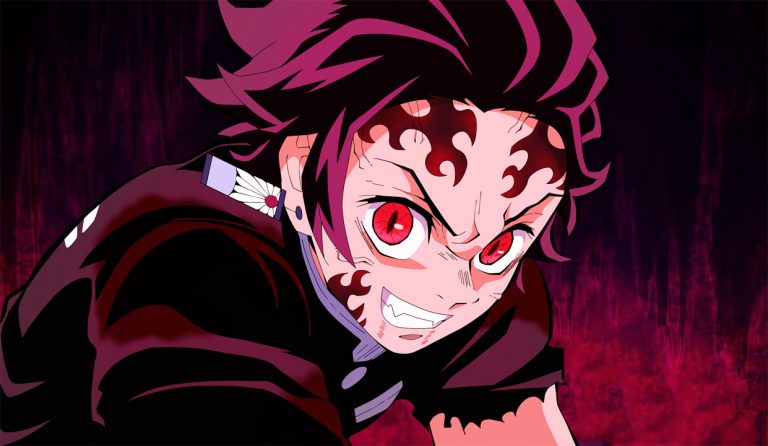 Demon Slayer Chapter 203 got postponed to this week’s issue of Weekly Shonen Jump. And, it seems the wait is finally over. The chapter will be here soon. Readers are wondering if Kanao’s drug will help Tanjirou or will it have no effect at all? Is there going to be a new antagonist for Demon Slayer? Well, as the plot progresses you will surely get an answer to that. For now, let’s look forward to the details of Kimetsu no Yaiba Chapter 203.

The previous chapter ends with, Kanao using an extra vial of medicine that she had received from Shinobu Kocho as the medicine had wisteria flower in it that had the properties of reverting demons to humans. It was the only thing they could use against Tanjiro so far. Even though she managed to inject him with the medicine, she ended up getting hit by one of Tanjiro’s whips and was fatally wounded. The plot further continues in Demon Slayer 203.

Note, this post may contain spoilers, leaks, and other discussions from the upcoming chapter of Demon Slayer manga, if you are not into spoilers, then you may stop reading now.

Readers were expecting another plot twist in Chapter 203 of Demon Slayer manga. However, this time the fans might get a simple ending. There are various ongoing discussions on, Was it necessary to Turn Tanjirou into a demon? And if it was, then why?

Well, before answering that, let us have a quick look at the spoilers of Kimetsu no Yaiba Chapter 203.

Demon Slayer Chapter 203 Spoilers are out!
All the deceased Hashirama and his other fallen comrades help Tanjirou climb up and get past his demonic side.
Tanjirou will become a human again. Kanao is safe.

(I’m translating the scans, the translated spoilers will be out soon.)

As per our sources, The upcoming chapter of Demon Slayer will revolve around Tanjirou bidding farewell to the Demonic form and Muzan’s blood in his body. The chapter starts with Muzan grabbing Tanjirou and asking him to carry his will. However, he gets interrupted by the previous Hashiras and Tanjirou’s other fallen comrades. Tanjirou got carried by the hands of the deceased towards Nezuko and others. The chapter ends with, Tanjirou turning back into a human. It seems the manga is finally nearing its end.

It seems the creators’ purpose to turn Tanjirou into a demon was to fully heal him. Tanjirou has healed now. Moreover, Kanao is safe too.

When Is Demon Slayer Kimetsu no Yaiba Chapter 203 Release Date?

Demon Slayer Kimetsu no Yaiba Chapter 203 will be released on Shonen Jump on 26 April 2020. This Manga runs on a weekly schedule meaning that new chapters are released once every week and are seven days apart.

Where To Read Demon Slayer Kimetsu no Yaiba Chapter 203 Online?

The latest Demon Slayer Kimetsu no Yaiba Chapters are available online as soon as they are released on VIZ Media and Shueisha’s Manga plus official platforms.