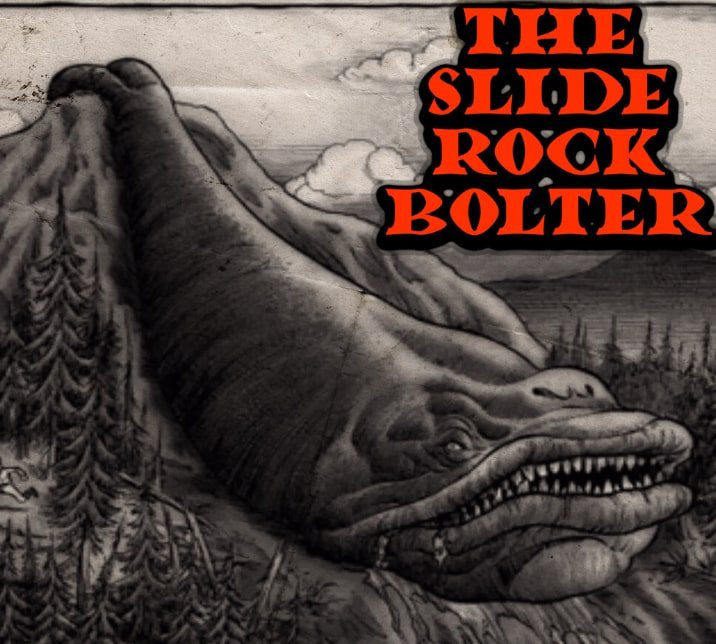 Slide Rock Monster - The Fear Of The Wilderness

The one and only native cetacean of Colorado, the Slide-Rock Bolter, resides on Lizard Head hill, which is tucked away in the Coloradan Mountains not far from Telluride. Without thinking twice, the land-locked leviathan dashes off the side of a mountain and ends up taking what is endangering its home. Since we are aware of it, this dangerous mountain whale has been tearing through trees and all other types of natural living in its path for more than a century, consuming tourists, workers, and lumberjacks equally.

The whale, which is latent and sitting atop Lizard Head, keeps a close eye on the area around the San Juan Mountains in case anything ventures through the dense forest. His divided, tusked tail is experiencing his body downhill as he dangles from the high point. When something enters his field, the monster easily raises his evil fluke and charges down the mountain, possibly saving no onlookers. The story goes that it is simply silly to wander aimlessly anywhere near the Lizard Head region. Meeting the enormous creature with its jaw packed with sharp teeth and steadfast commitment to keeping people away is in no way to one’s benefit.

It is believed that lumberjacks in the late 19th and early 20th centuries were the sources of mythology. After work, they would get together and talk about scary stories until the early hours, each trying to frighten the other more than the one before. Each of their stories contained a fleeting glimpse of reality about what was taking place in their everyday lives. The atmosphere in the mountain region worsened as a result of the mineral extraction, and many men died at work. Along with the dangers of mining, lumberjacks also contributed to the region’s devastation by clearing the vast forest.

Talks About The Monster

According to legend, a park ranger lured the monster from the mountain peak by stuffing a fake human with explosive materials at the turn of the 20th century. The ranger believed he could easily trick the Rocky Mountain Whale into killing him. Rico, a thriving extraction and mill town with a population of about 5,000 at the period, was rather all but destroyed while the Bolter survived.

William T. Cox, a writer, environmentalist, and the first State Forester of Minnesota, furthered the spread of information about the creature. He published a report of the Slide-Rock Bolter to a well-known Minnesota newspaper in 1910, the year before taking office as the State Forester, which increased public fear of the enormous beast. 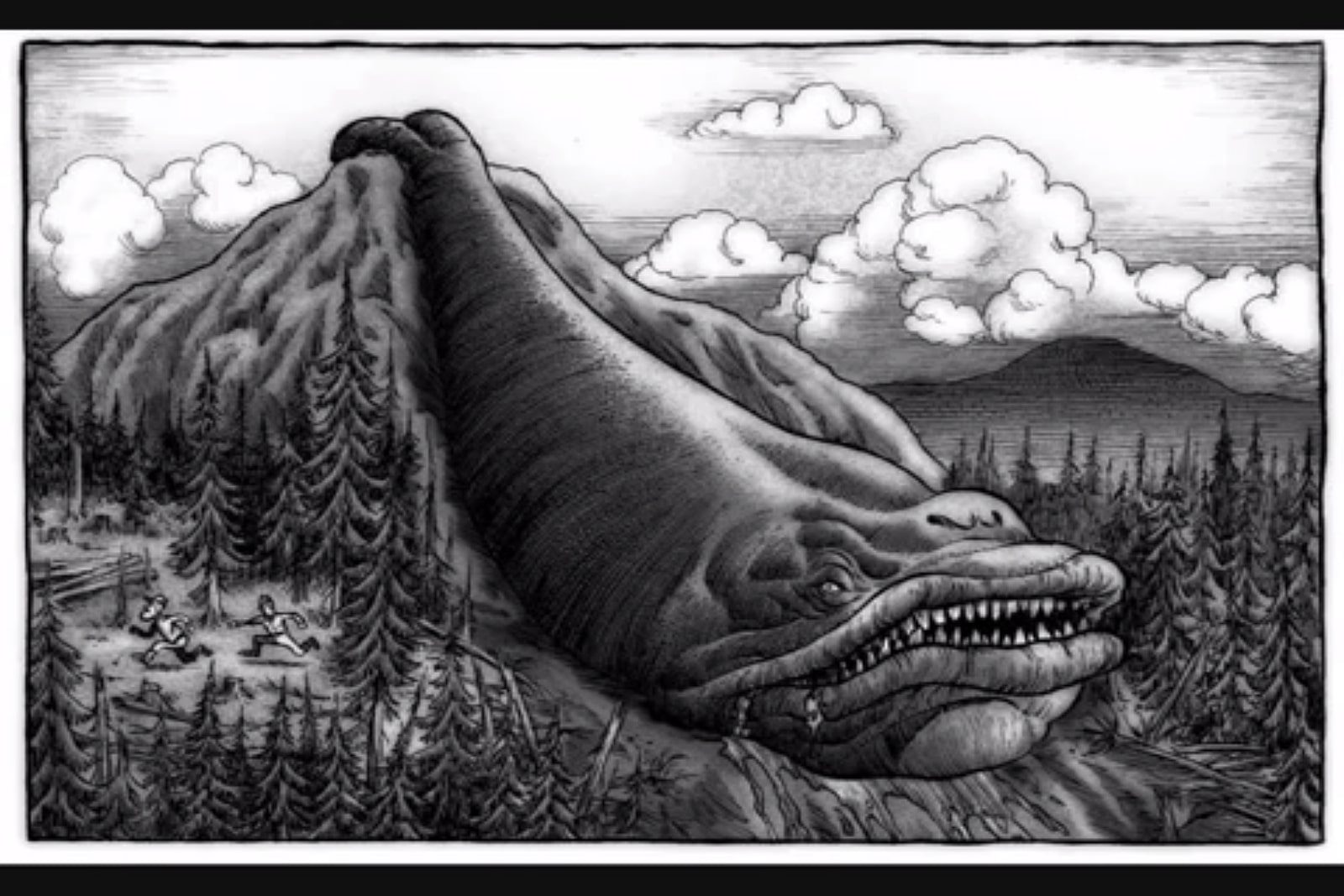 The Bolter may have been the viscous woods monster that emerged in the minds of the public, but Cox actually wrote an entire book called Fearsome Creatures of the Lumberwoods that was filled with other dangerous creatures that shadows in forests waiting to snatch the lives of anyone who comes too close. After reading the fantastical encyclopedia’s detailed descriptions of all the creatures, no one would ever want to venture near a forested area.

Description Of Slide rock In The Book

The existence of the Slide-Rock Bolter has greatly increased unease in the mountain ranges of Colorado, where during summer, the wilderness is becoming overcrowded with visitors. Only the sharpest mountain regions with hillsides of more than 45-degree angles are home to this terrifying animal.

It has a huge head, small eyes, and a mouth that resembles that of a sculpin that extends back past its ears. In order to observe the gulch for travelers or any other unfortunate creatures that may enter it, the tail is made up of a split flipper with incredibly huge grab-hooks that it cinches over the crown of the mountain or crest. The Bolter basically boils down to a toboggan, snatching in its prey as it goes. Its own momentum carries it up the next slope, where it once more beats up its tail over through the hillside and waits patiently. At the right moment, after spotting a visitor, it will raise its tail, softening its grip on the hill. Its comparatively tiny eyes will be fixed on the unlucky tourist, and it will gush thin skid lubricant from the edges of its mouth, which vastly It is said that taking groups of tourists far back into the mountains allowed for the gulping down of entire tourist groups at once.

The living creature poses a threat to the wilderness as well as to tourists. Numerous draws through spruce-covered cliffs have been destroyed, with the trees being uprooted or cut down like by a sickle where the Bolter has collapsed across the highs above.

Although the Bolter’s origins and significance vary from story to story, the creature’s goal is always the same: to drive humans out of the woods. Due to the thriving processing and mining activities occurring in the woodlands more than a century back, everybody in the Colorado mountainous areas was aware of the terrifying tale.

The monster, which had to be coped with so that both life and work could continue without interruption, even without fear, was criticized for many resource extraction or lumberjack job fatal accidents.