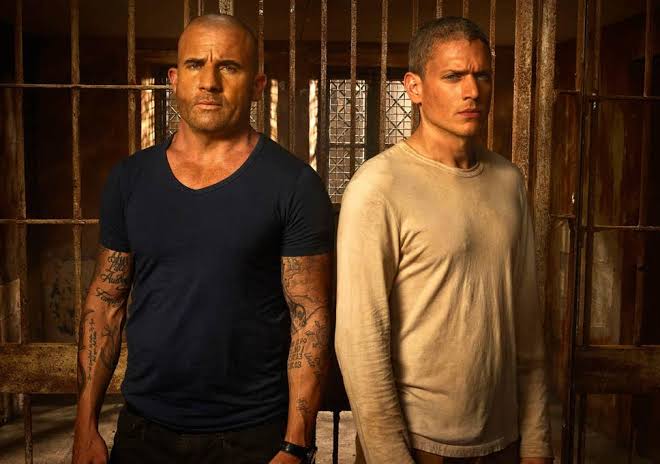 Prison Break, created by Paul Scheuring, is an American drama TV series. Produced by Adelstein-Parouse Productions, in association with Original Television and 20th Century Fox Television, this series is about the life of two brothers, Lincoln Burrows (Dominic Purcell) and Michael Scofield (Wentworth Miller). Burrows is punished and jailed to death. It was for a crime he did not commit. Scofield plots a detailed plan to help his brother escape from prison. The series is also executive produced by Matt Olmstead, Marty Adelstein, Kevin Hooks, Dawn Parouse, Neil H. Moritz. The pilot episode was directed by Brett Ratner. Prison Break was nominated for several industry awards, including the 2005 Golden Globe Award for Best Television Series Drama. It also won the 2006 People’s Choice Award for Favourite New TV Drama. These are one of the reasons why Prison Break is considered one of the best TV Series is revolving around the life of a prisoner.

Cast: The cast of this series includes Dominic Purcell as Lincoln Burrows, Wentworth Miller as Michael Scofield, Robert Knepper as Theodore, Amaury Nolasco as Fernando Sucre, Sarah Wayne Callies as Sara, and others.

Wentworth is an Australian Television Drama series. It was initially broadcasted on SoHo on May 1, 2013. The series serves as a modern remake of Prisoner, which aired on Network Ten from 1979 to 1986. Set in the modern-day, the series originally focuses on Bae Smith’s initial days in lockup and her subsequent growth to the top of jail’s network.

Wentworth Prison is a vibrant, often engaging drama series that starts with Bea’s early days in prison. This series grabs the viewer to the core of a stringent environment that analyzes the politics of women in a community without men, and how such a frightening experience, both challenges and constantly transforms those restricted and struggling behind the razor wire. The audience will be introduced to Bea all over again and join her partners and rivals in the form of iconic inmates. Despite the pursuits and power struggles, this family of misfits and rebels are compelled to develop controversial relationships and commitments if they want to endure their time inside.

Buried released back in 2010. It is an English-language Spanish psychological thriller film directed by Rodrigo Cortes. It stars Ryan Reynolds. It was written by Chris Sparling

Paul Conroy, an American civilian working in Iraq, wakes to discover himself covered up in a wooden coffin with only a Zippo lighter and a BlackBerry phone. He then begins to piece together what has happened to him. He recalls that he and several others were attacked by terrorists. He was slammed by a rock and blacked out. He gets a call from his kidnapper. His kidnapper, Jabir, commanded that he pay a ransom of $5 million by 9 PM. Not doing the same, he would be left to die in the coffin.

Oz was created by Tom Fontana. Tom also wrote all of the series’ 56 episodes. It is an American television drama series. It was also one of the first one-hour dramatic tv series to be produced by HBO, a premium cable network.  Oz ran for six seasons, premiering on July 12, 1997. It continued to six seasons. The finale of the series aired on February 23, 2003.

In this testing unit of the prison, department manager Tim McManus emphasizes improvement and learning commitment during imprisonment, rather than achieving purely punitive regulations. Emerald City is an incredibly monitored environment, with a carefully managed ratio of members from each ethnic and social group, planned to ease uncertainties among these diverse groups.

While all the other shows that are based on prison life are mainly fictional. Lockup Maximum Security is as real as it gets. In one of its season, the show takes the audience through various maximum-security jails in America. The anxiety between inmates is also not fictionalized here. When things get heated up, they can get out of hand, and this yields in a looming threat over the existence of the personnel working there. The series focuses on a rare chosen, hardest jails and brings us to life beyond the razor wire barriers.

In the series ‘Prison Break,’ Lincoln Burrows was serving a punishment for the crime he didn’t commit. Making A Murderer follows the same theme. It directs on the story of Steven Avery who was falsely found guilty of sexual assault and attempted murder. He served eighteen years in jail until he was fully cleared. He filed a suit against the county, but before it came to any conclusion, he was again imprisoned on the charges of murder. The filming of the documentary took around ten years of time, and an additional season that’ll examine the consequences of his second conviction is in production by Netflix.

Hogan’s Heroes is an American television series. It is based on a German Prisoner Of War Camp during World War 2. The show ran for a total of  168 episodes (six seasons) from September 17, 1965, to April 4, 1971, on the CBS network. Hogan’s Heroes was by far the longest broadcast run for an American television series, which was inspired by that battle.

The cast includes Bob Crane as Colonel Robert Hogan, POW officer with senior ranking, and also the commander of the men in the POW camp.

Much like the FBI, Naval Criminal Investigative Services deal with marines and the Navy. It is one of the longest-running series with numerous twists. Yet, the core story pursues a squad of investigators who are from Washington and respond to violations executed within the Navy. The modus operandi is the same as the BAU nearly, and if the audience wants to be prompted that we are all human after all and even courageous faithful community of the Navy can stray and execute the murder.

The series begins revolving around Piper Chapman (Taylor Schilling). Piper, a woman in her thirties, residing in New York City. She is punished for 15 months in Litchfield Penitentiary. It is a women’s federal prison in upstate New York. Chapman was convicted of transferring a bag packed full of drug money for her girlfriend. Alex Vause (Laura Prepon), an international drug smuggler. The offense had appeared ten years before the start of the series. During this time, Chapman had moved on to a calm, law-abiding life in New York. Her immediate and unexpected accusation disrupts her bond with her fiancé, family, and friends. In prison, Chapman is reunited with Vause, and they re-examine their relationship. Simultaneously, Chapman, along with different inmates, attempt to fight with prison’s various, innate struggles. Events constantly feature flashbacks of crucial events from several inmates’ and prison patrols’ pasts. The flashbacks in these episodes normally illustrate how an inmate came to be in prison or create a character’s backstory. The lockup is originally operated by the Federal Department of Corrections.