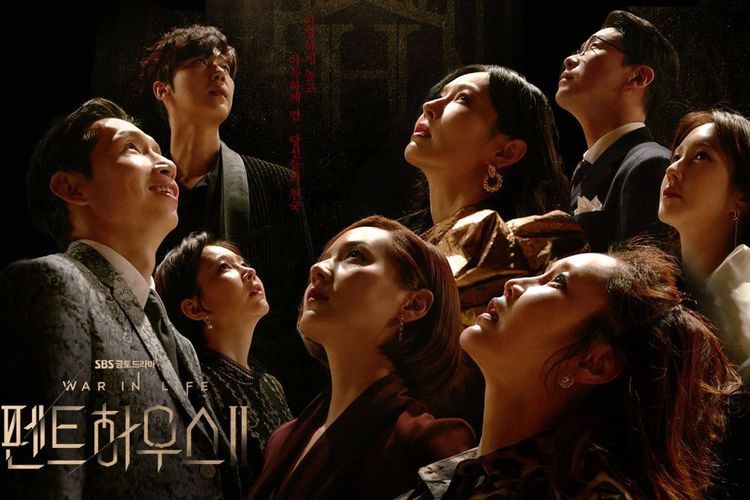 Throughout late 2020 to early 2021, The hit Korean drama titled ‘The Penthouse: War in Life’ became one of the most loved dramas in recent memory. The netizens are often talking about this series on the internet due to its thrilling story and engagement. The story, which is full of successful plot twists. this is proven to be quite effective to make the audience stay at the edge of their seat during each minute passing. That’s why when the second season of the series started, it all blew up and immediately received high ratings from the viewers.

The Penthouse was one of the shows that received a high enough rating during its broadcast internationally. So the second season of the series is released not long after the success of its first season. Joo Dong-Min is directing this magnificent drama. While the script of the second season is still written by Kim Soon-ok who is famous for his extreme dramas or known as makjang, such as The Last Empress and Temptation of Wife.

For information, The Penthouse tells the intrigue of an affair, revenge, and the murder of residents of a luxurious place, Hera Palace. Actors in this riveting drama themselves are Korea’s top actors. There are Lee Ji Ah, Kim So Yeon, Eugene, Um Ki Joon, Park Eun Seok to Yoon Jong Hoon. 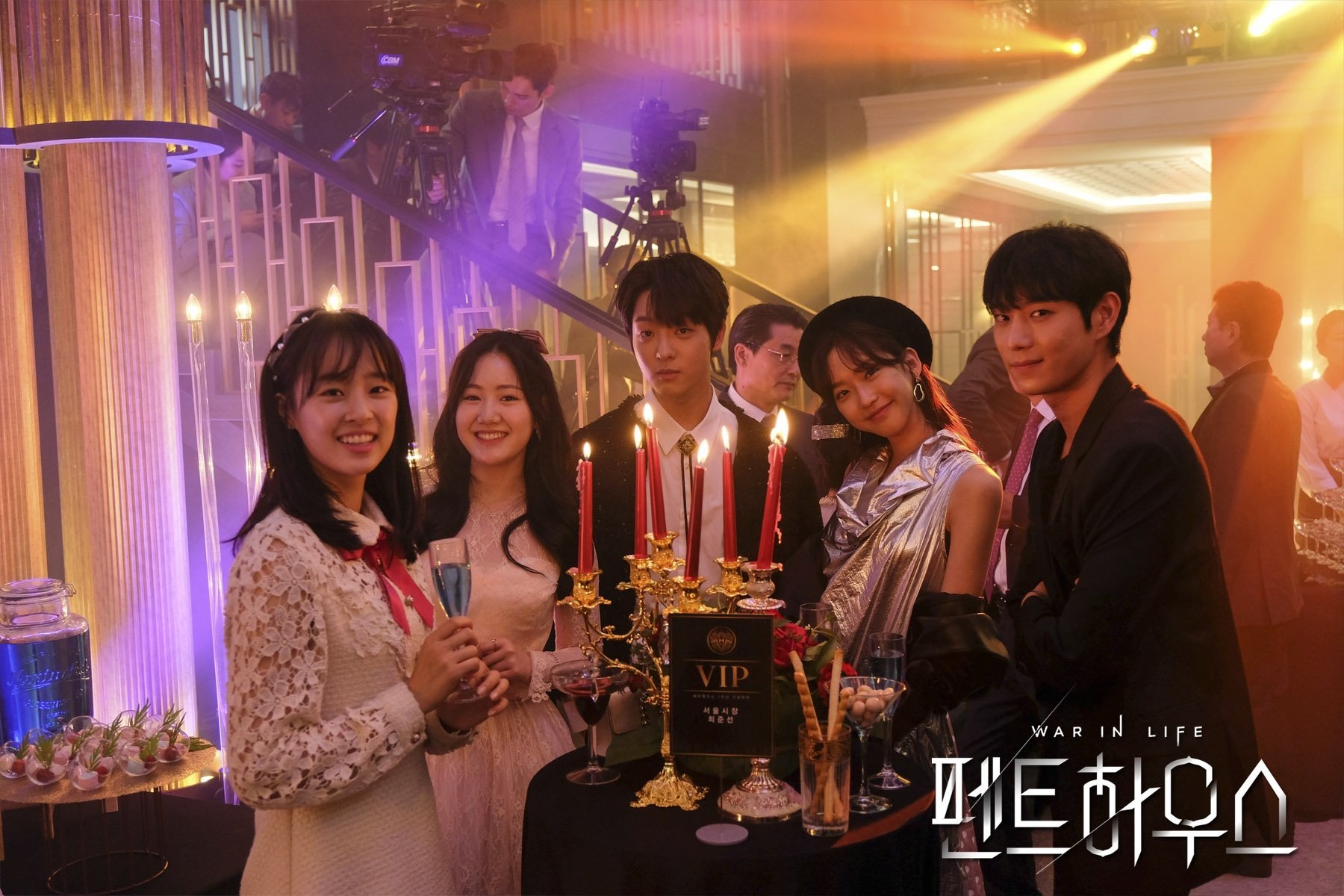 Behind the scenes shot from The Penthouse (2020)

This first season itself tells of a rich family who lives in an apartment with 100 floors named Hera Palace. The apartment is inhabited by many families with all the intrigues of their respective problems. Their own children are in a well-known luxury school, Cheong-ah Arts School. The queen at Hera Palace is named Shim Su Ryoen (Lee Ji Ah). She is a smart woman with a twist but has a dark past. There is also the family of Cheon Seo Jin (Kim So Yeon) who is willing to do anything for their child.

Not only them but at Hera Palace, there is also Oh Yoon Hee (played by Eugene) who inhabits the place just like everyone else. However, it is also known that Oh Yoon Hee is not too rich like anyone else at Hera Palace. It’s just that he keeps trying to be considered rich by those around him. He also has a bad relationship with Cheon Seo Jin.

The Penthouse does not only pick up an ordinary drama story, there are stories about revenge, murder, bullying to infidelity that is more than enough to bedazzle the audience with its sense of mystery and disguise.

When Min Seol Ah (Jo Soo Min) is found dead at Hera Palace, a conflict of stories arises. Every resident of the palace could become the suspect of the murder. Just entering its premiere week, The Penthouse 2 provided unexpected surprises for the audience. Oh Yoon Hee (Eugene) took revenge on her rival Cheon Seo Jin (Kim So Yeon).

Oh Yoon Hee is married to her first love, Ha Yoon Cheol (Yoon Jong Hoon) who is Seo Jin’s ex-husband. Another surprise was when Seo Jin was shocked by the presence of Yoon Hee, who is known as a fellow singer and a rival of Seo Jin.  Seo Jin is also known to have sound problems ahead of the concert, this makes the situation even worse and unexpected. Not only that, but the romance of the residents of Hera Palace also happened to Jennie’s mother, Kang Ma Ri. He deliberately kisses lawyer Lee Gyu Jin (Bong Tae Gyu) who is his best friend’s husband. 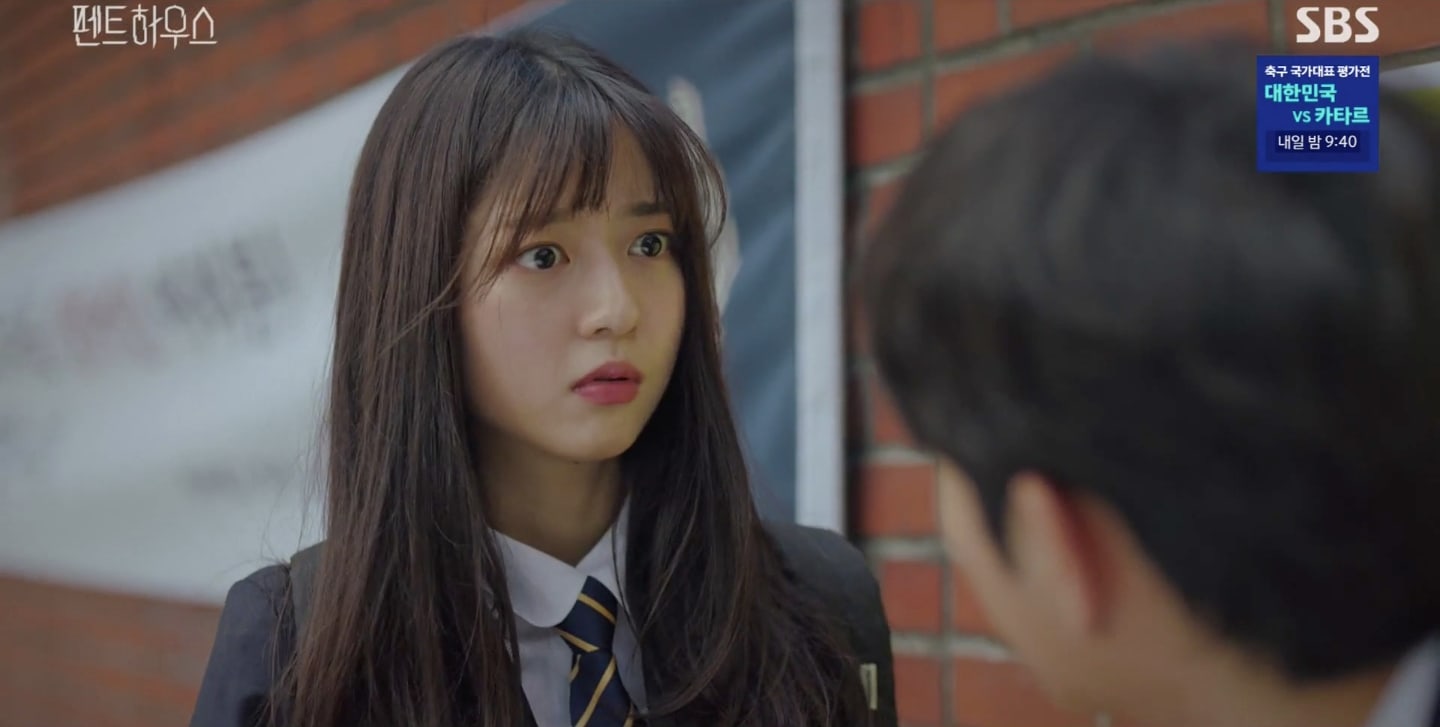 The Penthouse 2 started to air on 19th February 2021. The opening series of this story succeeded in bringing The Penthouse 2 to a satisfactory double-digit rating. Quoted from Soompi, Nielsen Korea reported that the drama pocketed 16.7 percent on a national scale and 19.1 percent for a total of 2 episodes.

That figure surpassed The Penthouse’s initial record of 6.2 percent and 9.2 percent when it aired on October 26, 2020. The production team previously stated that the first episode of The Penthouse 2 is specifically for viewers aged 19 years and over or adults. This was decided after going through an internal evaluation.

The Penthouse 2 follows the lives of the elite two years after the continuous finale of the first season. In the new season, the characters will show a new side as they focus on taking revenge for each other. The second season starts with Cheon Seo-jin (Kim So-Yeon) getting married to Joo Dan-tae (Uhm Ki-joon).

However, in the midst of wedding preparations, she instead met her ex-husband, Haa Yoon-cheol (Yoon Jong-hoon). This former husband and wife also had an illicit relationship.

That’s not the only problem they face. During the application program, Joo Dan-tae was also arrested by the police on charges of murdering his wife, Shim Su-ryeon (Lee Ji-ah).

On the other hand, Bae Ro-na (Kim Hyun-soo) experienced severe bullying at her high school. Her friends and classmates were calling her as the daughter of a murderer. Her mother, Oh Yoon-hee (Eugene) was petrified by this. Previously, Shim Su-ryeon was dead and Oh Yoon-hee was rumored to be involved in the vile crime. In season one, Oh Yoon-hee was a wanted man. The conflict between the two families did not stop there. On a day that was thought to be happy, Joo Dan-tae and Cheon Seo-jin suddenly changed. Seo-jin’s ex-husband Yoon-cheol comes to the event and introduces Oh Yeon-hee as his new wife.

The Penthouse 2 also revealed the new appearance of Oh Yoon-hee’s character. She appeared more fierce with a cold look from his eyes after everything that has happened to him.

The new character in season 2 played by Ahn Yun Hong 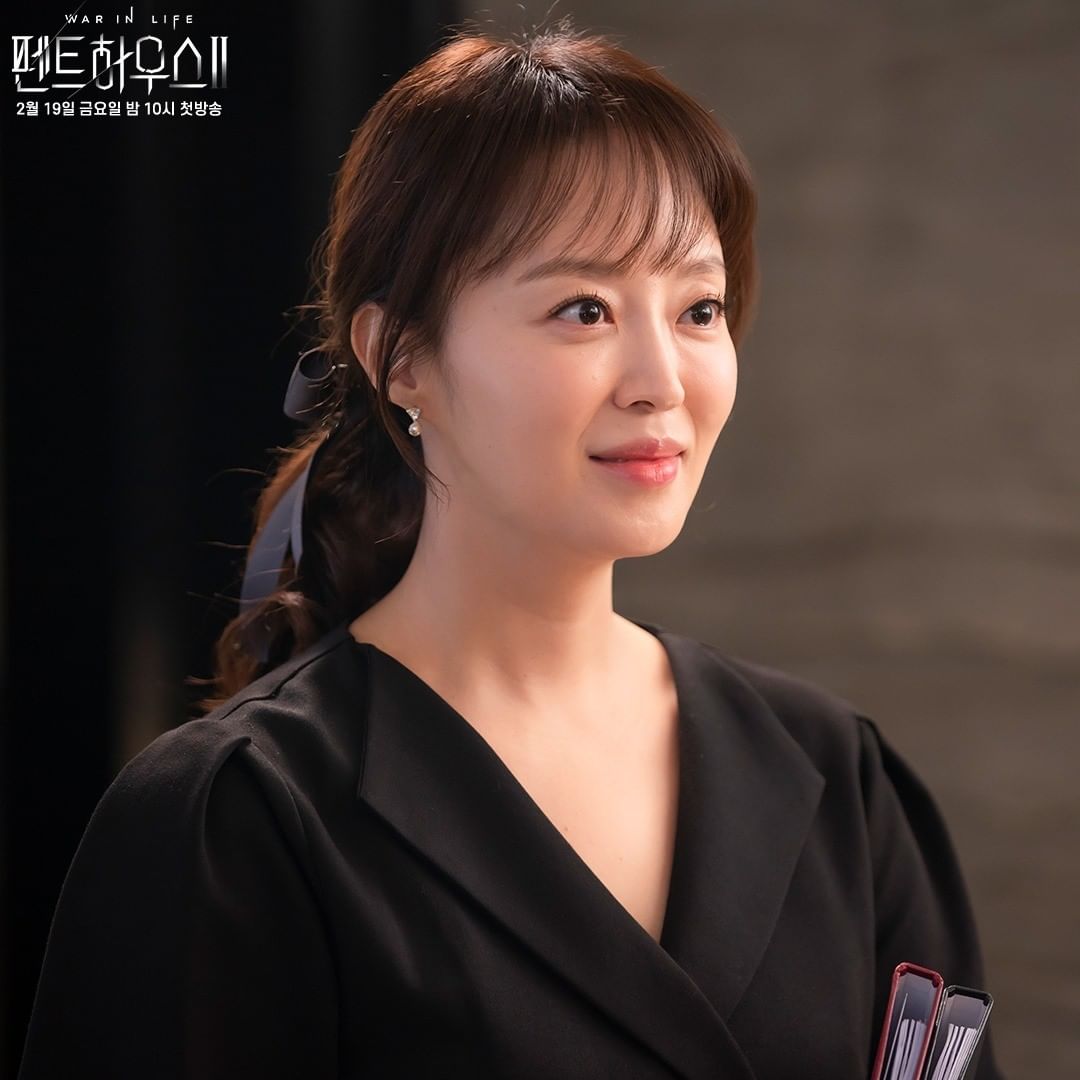 Life at Hera Palace will never be lonely. There is a new character that will lighten up (or darken up) the whole series to another level, namely Jin Boon Hong, played by actress Ahn Yun Hong.

In previous episodes, Eun Byul has serious mental problems due to the pressure from Cheon Seo Jin. Jin Boon Hong will later attend as Eun Byul’s private tutor. Boon Hong will not be just any tutor, he will control all of Eun Byul’s activities and life. Of course, viewers will see the changes in Eun Byul and Seo Jin’s lives since Boon Hong’s arrival.

Synopsis of The Penthouse Season 2 Episode 3 and 4

Through the footage, Yoon Hee warned Seo Jin that singing at the concert was the first step for revenge.

“This is just the beginning, just wait,” said Oh Yoon Hee in an urgent manner. Received the threat, Seo Jin got even angrier. He took a knife to kill his enemy.

Read:   What To Expect From The Sweet Blood Episode 4?

In the previous season, Oh Yoon Hee did not plead guilty to the murder of Shim Su Ryeon.  Yoon Hee is also responsible for the death of the woman who turns out to be the mother of Min Seol Ah. Because Shim Su Ryeon’s killer was her husband, Joo Dan Tae. He wants to take possession of the treasure and marry Seo Jin. However, this fact is still a mystery. So Oh Yoon Hee and Logan, Min Seol’s adopted brother work together to find the killer. He is in charge of overseeing the education and lifestyle patterns of Cheon Seo Jin’s daughter, Ha Eun Byul (player Choi Ye Bin).

Jin Boon Hong and Cheon Seo Jin met in the kitchen. Cheon Seo Jin, who returns from the trip, looks confused because all the lights in his apartment are off in one of the scenes of episode two of The Penthouse 2. Meanwhile, Jin Boon Hong cooks while relying on candles as a source of light. The two of them came face to face with each other, creating a strange tension in the air. Cheon Seo Jin’s eyes suddenly glowed with anger, but Jin Boon Hong remained calm as usual.

Another crime mystery takes place in the latest episode of The Penthouse 2, after two years of the bloody tragedy of the murder at Hera Palace. The tragedy occurred when Bae Ro Na, Ha Eun Byul, Joo Seok Kyung, Yoo Jenny displayed their respective abilities at a talent show. The show was stopped during the announcement of the winner. This was due to a sudden tragedy of the fall of one of the students from above until he bled and died.

In addition to these five scenes, there are still many other scenes that drain the emotions of the audience of The Penthouse 2 because of the many evil intrigues, manipulations, and ambitions ingrained in these Korean riveting. These great mysteries will soon unfold in the upcoming episodes of the show, so make sure you won’t miss it.