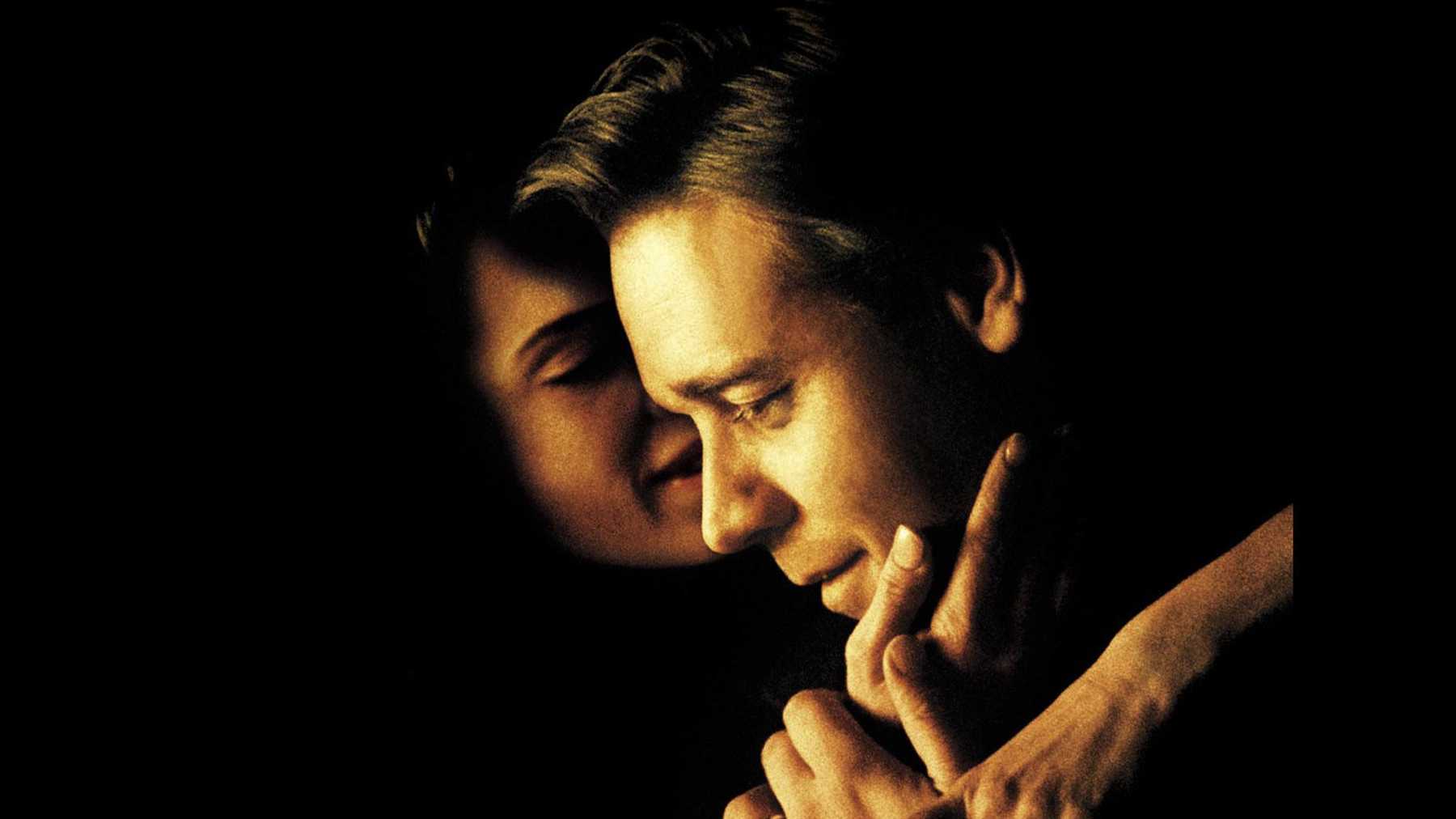 Who hasn’t heard of the genius English mathematician Alan Turing who turned the Second World War in favor of the British government? This movie is the adaptation of the 1983 novel “Alan Turing: The Enigma” by Andrew Hodges. The movie is the biography of Alan Turing, about how he cracked the German Enigma code, his marriage, and his tragic end. The writer, Graham Moore, even won an Oscar for best writing, adapted screenplay category.

The film includes three-time periods – Alan’s childhood, WWII, and post-war. Being bullied from a young age, Alan finds comfort in his friend Christopher. Slowly, he develops feelings for his friend, but he died because of a bronchial illness. Alan Turing never forgets about his friend and named the machine after him. The movie puts light on Alan’s sexuality that was a taboo in the Victorian-era, and how it led to his downfall after the war.

But, more than tragedy, this movie is the story of triumph, of a man achieving something with his colleagues that seemed impossible for almost everyone. According to Alan, the Enigma has “159 million million million” possibilities. And to make things worse, the Nazis change the combination every midnight. Cracking the code was a big step towards victory. So, England tries to put their effort into decrypting it, but only a machine could defeat another machine, according to Alan. So, while others racked their brains into the codes, Alan put all his efforts into his machine. 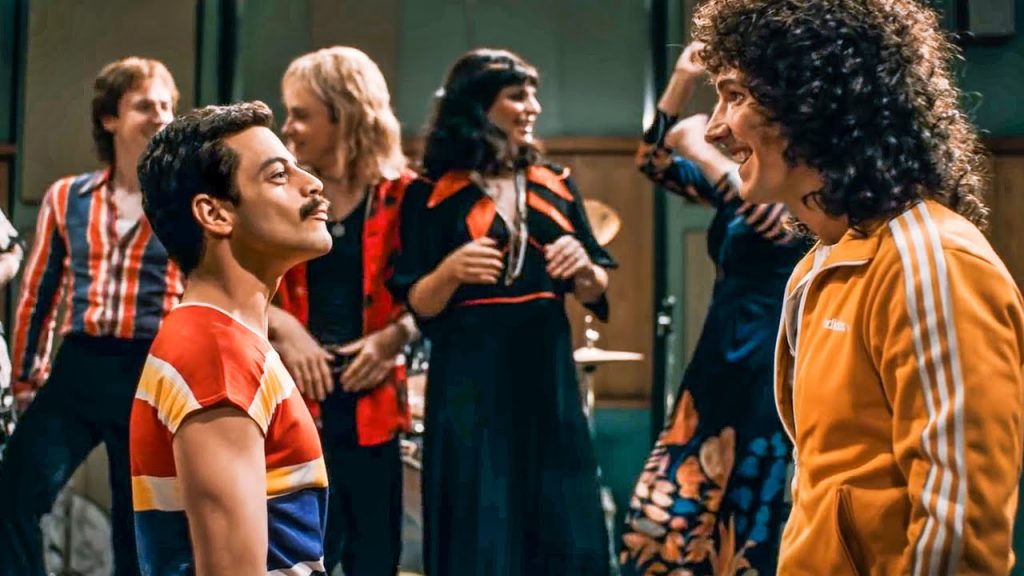 This movie is the story of the legendary singer and performer who broke all stereotypes and changed the conventions that the performers set before him. Born as Farrokh Bulsara, he took the stage name Freddie Mercury. The story follows the rise of the popular British rock band Queen along with the rise and tragic end of their lead singer Freddie Mercury. Bohemian Rhapsody also shows Freddie’s complicated relationships because of his sexuality. The story of Queen goes as far as their epic performance at Live Aid in 1985.

Throughout the movie, we get to hear the evergreen songs of the band that most people like even today. The movie also showed the interesting truth and the motivation behind the making of the popular song Bohemian Rhapsody, which ranked the Top 100 on Billboard for decades. Apart from that, they relived the Lie Aid performance almost perfectly. 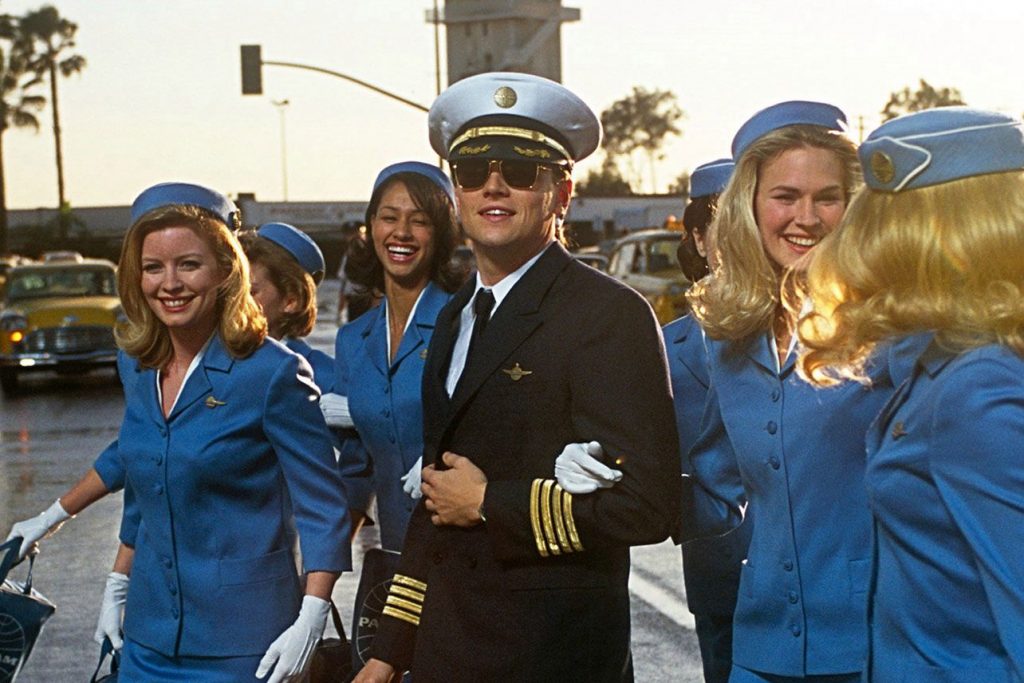 This is one of the most popular movies based on true stories. It is a biographical crime film portraying the life of Frank Abagnale. He is a man who, before he turned nineteen, conned millions of dollars by posing as a pilot, doctor, and prosecutor. He is so highly skilled that the FBI recruited him as a security consultant after he was sentenced to prison.

The movie is the adaptation of an autobiography of the same name. The book was published in 1980, and ever since then, Speilberg started the development of the movie, which got dragged until 1997 when he bought the film rights for the book. The filming was eventually completed in May 2002 and got released on 25th December 2002.

The movie follows the story of a teenager Frank Abagnale Jr. in 1963 New York who lives with his parents. Financial circumstances led them to move out from their large home to a tiny apartment. After their parents’ divorce because of his mother’s affair, he runs away from home.

In need of money, he starts scamming, where he impersonates a pilot and forges checks worth millions of dollars. An FBI agent Carl Hanratty begins tracking him. Meanwhile, Frank continues with his scams by impersonating a doctor and lawyer. Frank falls in love with a young Hospital worker Brenda and plans to marry her. He asks her to show up at the Miami airport, but when he gets there, he realizes that she betrayed him by informing the FBI about his whereabouts. The story continues as the catch and chase between Frank and Carl continue. 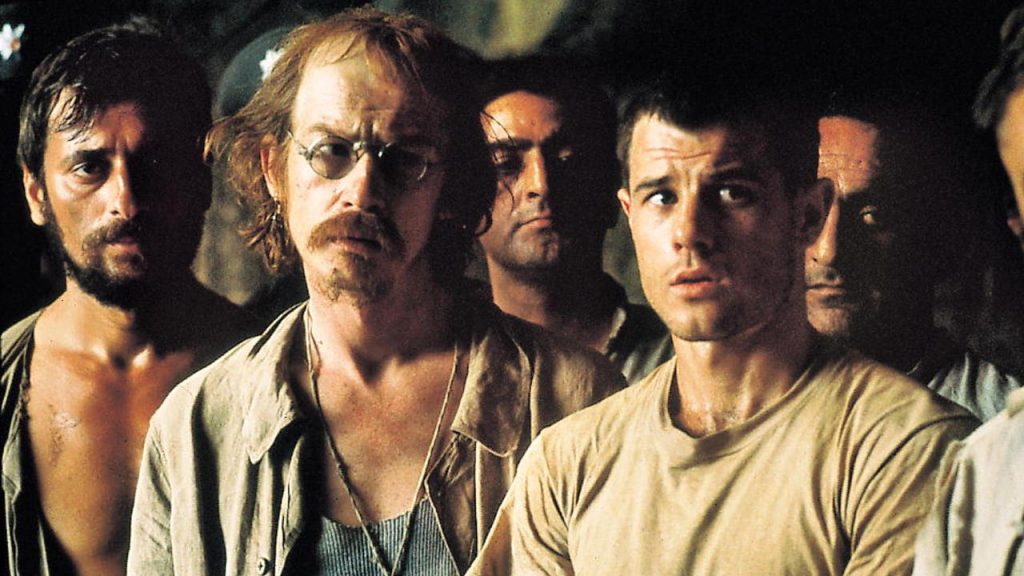 Midnight Express is yet another crime movie based on an autobiography of the same name. The story is about an American writer, actor, and film director Billy Hayes. Midnight Express shows his experiences when he was a student and was convicted for trying to smuggle drugs out of Turkey. He was sentenced to a Turkish prison. Out of six nominations, Midnight Express won Oscar in two categories for best screenplay and best original music.

The movie tells the story of 1970 Istanbul, Turkey, where an American college student tries to smuggle 2 kg of hashish (drugs). In his attempt to board a plane back to America with his girlfriend, he gets caught and sent to prison. After interrogating him, the police promised to release him if he helps them catch the cab driver who supplies drugs to him. He gets the sentence of four years in prison and experiences a really hellish time there. The sadistic prison guard enjoys mentally and physically torturing prisoners. The movie continues as Billy befriends new people and tries to escape from prison. 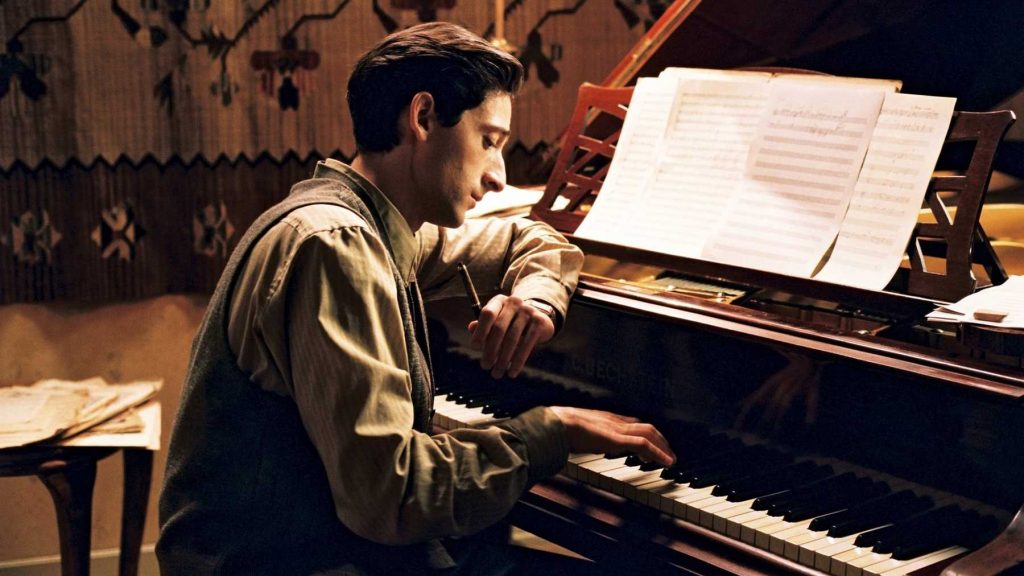 Nominated for seven categories in Oscar, The Pianist won three awards for best actor (Andrien Brody), best director, and best screenplay. Apart from that, the movie won as many as fifty-four awards and was nominated in seventy-four other categories. The movie was even premiered at the 2002 Cannes Film Festival, where it won the Palme d’Or (the highest prize awarded at the festival). This war classic is another adaptation of an autobiography by Wladyslaw Szpilman. Andrien Brody plays his role in the movie. The title of the autobiography is “The Pianist: The Extraordinary True Story of One Man’s Survival in Warwas, 1939-1945”.

As you can guess from the novel’s title, the story focuses on Wladyslaw’s struggles during the years 1939 to 1945, the time of the Second World War. The movie starts in September 1939, where Wladyslaw is playing live piano in Warsaw for radio when the Nazis bombers the station during their invasion in Poland. In a little over a month, Warsaw becomes a Nazi-controlled General Government. Wladyslaw and his family had to live in Warsaw Ghetto (Jewish Residential District in Warsaw) by the year 1940. There, his situation gets even worse where starving children, dead bodies, and brutal Nazi guards became a common sight.

The movie shows his struggles for each year till 1945 as Wladyslaw separates from his family. He also hides and runs around Poland to survive and becomes friends with a German soldier. The Pianist is my favorite among the movies based on true stories. 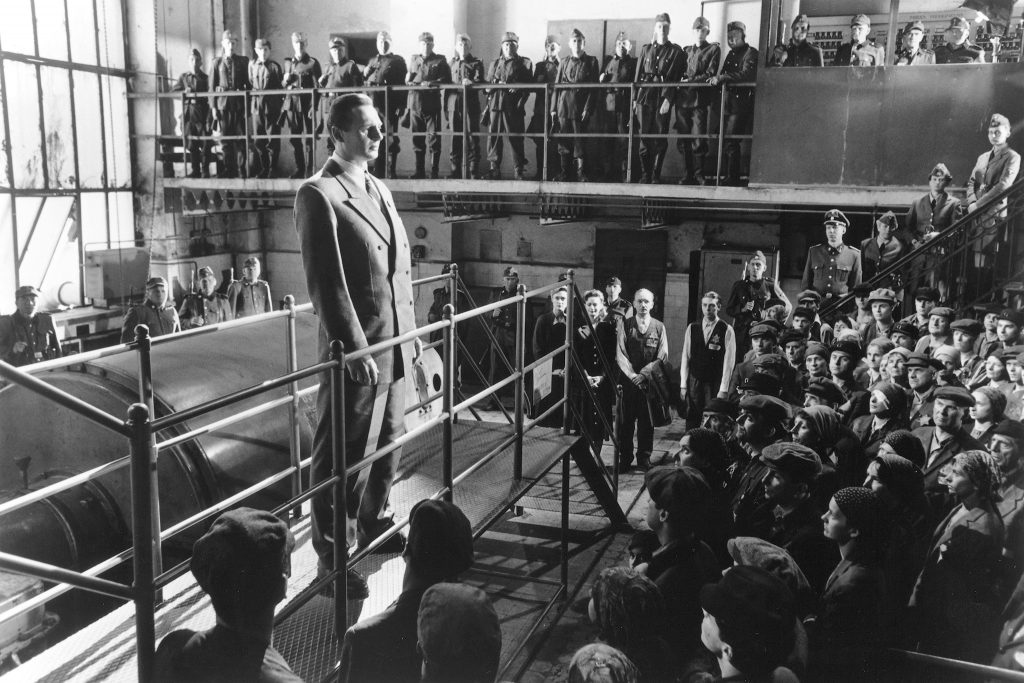 The movie follows the story of a German industrialist Oskar Schindler, who, with his wife, saved more than a thousand Polish-Jewish refugees from the Holocaust (genocide of the European Jews). Oskar was a greedy businessman. However, after learning about the merciless genocide of the innocent people, he employs the refugees in his factory, and because of this, the Nazis couldn’t forcefully kill them.

Among the twelve nominations in Oscar, this movie won seven awards in the categories best picture, director, screenplay, cinematography, art direction, film editing, and original music. Also, Schindler’s List won eighty-three other awards and fifty nominations. This movie is the adaptation of a 1982 novel Schindler’s Ark by an Australian novelist Thomas Keneally. 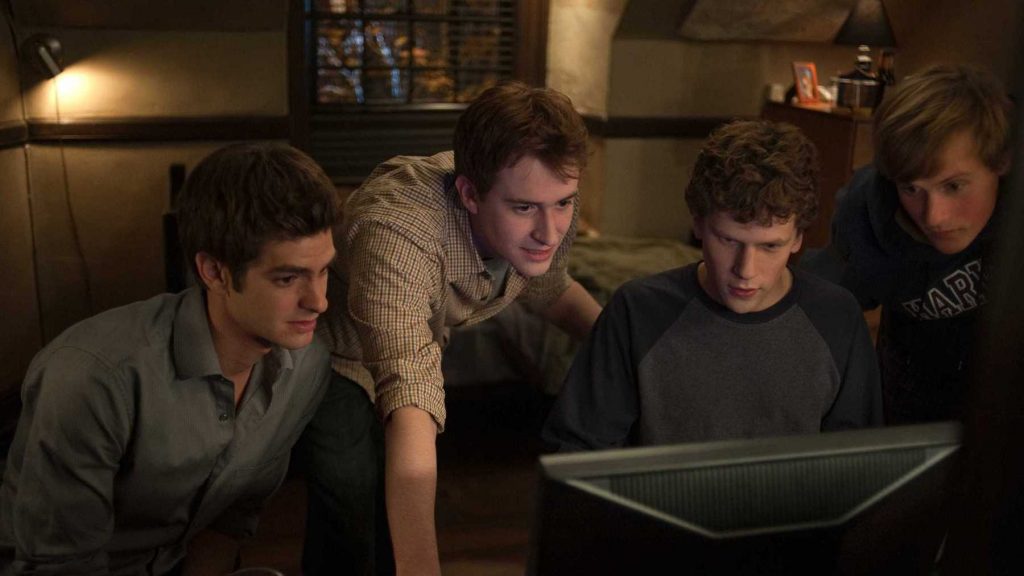 The Social Network was nominated for eight categories in Oscar, and among them, it won three awards for best screenplay, film editing, and original music. Apart from that, the movie won 170 awards and 185 nominations. The Social Network is an American biographical movie following the story of the youngest billionaire in history- Mark Zuckerberg. The movie is an adaptation of the book “The Accidental Billionaires” by Ben Mezrich.

The movie follows the story of nineteen-year-old Mark Zuckerberg, a Harvard University student, in 2003. After his girlfriend dumps him, Mark returns to his dorm and starts writing an insulting post about her on his blog. He creates a campus website, “Facemash,” by hacking into the college’s databases to steal photos of female students, and then he allows the site visitors to rate how attractive they are. Even though he suffered from six-month probation as punishment after getting caught, he attracted the attention of three business partners, who invite him to build a social network only for the Harvard students that helps them find dates.

The story continues as Mark, along with his friends, creates “Facebook” and, with its popularity, increases its network to other colleges. Six years after he created Facebook, he becomes the young billionaire in history. However, with his increasing glory, he faces complications in friendships, relationships, and even legal problems.