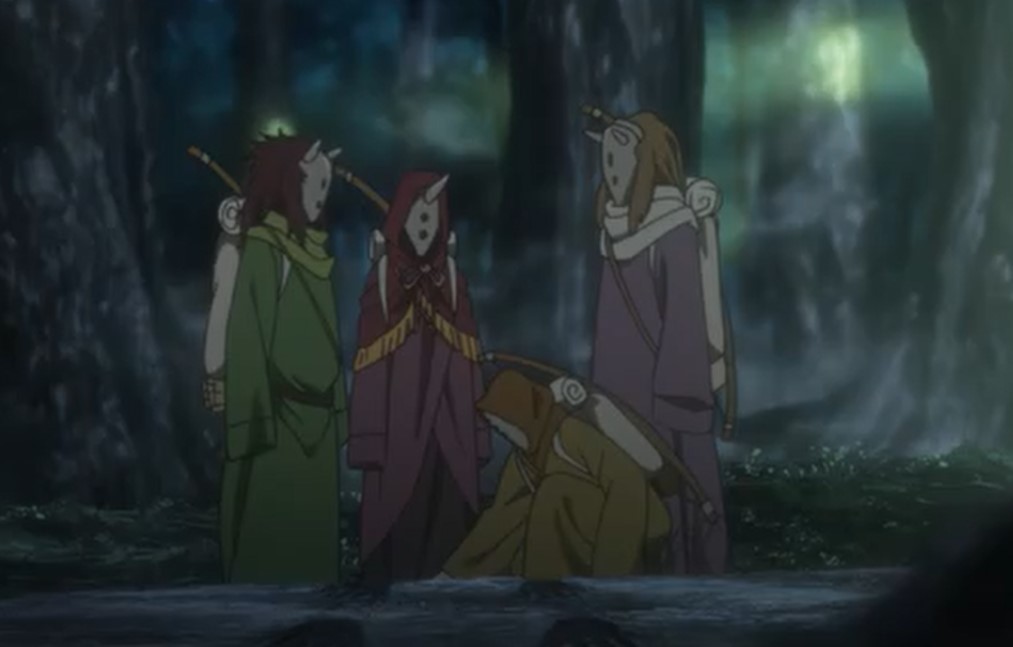 Emma has accepted Norman’s offer of bringing Mujika and Sonju within five days. If Emma fails, Norman will kill all the demons included the good demons. Emma headed to the hideout and told the children about it. The Promised Neverland is about to reach the final episode. Make sure not to miss a single update. Let’s see how Emma will start with the journey of looking for the two demons below.

Norman recalls the day met with Mr. Ratri at the HQ, and Isabel is the one who introduces Norman to Ratri. He told Norman to call him Peter, and he’s Norman’s new father. Peter told Norman that he would be helping him with his research. Norman was surprised at what Peter is talking about. Isabell told Norman that he could study as much as he wants. She hugs Norman, telling him to be happy since it is his new home.

Norman started to work with Peter, and at his first test, he solves 200 problems correctly for the second time. The scientist reveals that they keep on making them difficult every day, but Norman keeps on giving the correct answers. They think that Grace Field tests should be quite difficult. They are wondering how Norman is managing since their tests are more difficult than the Grace Field tests.

The scientists realize that is why Norman was chosen as a special sample for Lambda 7214 facility. Norman worked day and night locked inside a room. He was working wearing a watch that looks like a tracker for him not to try and escape. Peter finds that Norman’s numbers for every test are off the charts. He comments that it is the first genius since the establishment of the farms. 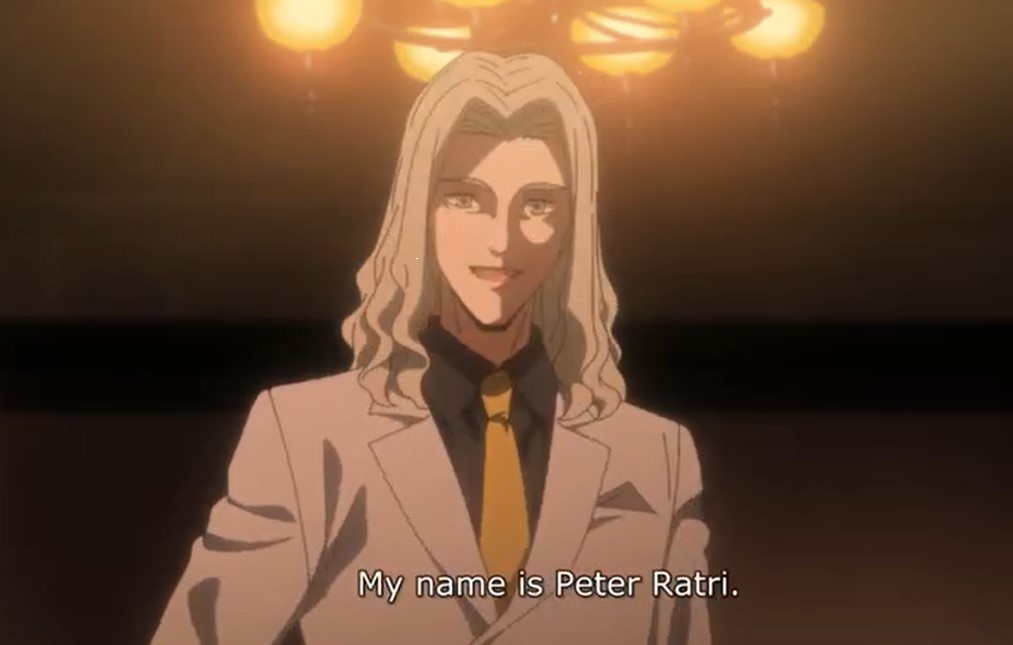 Peter told the researchers that Norman would be useful for their next Lambda’s upcoming plans. He reveals that the era of James Ratri as the gatekeeper has ended. Peter decided that from now on, he will be the one controlling the children of the farms. One day, Norman met with a guy named Vincent. They started to communicate using written messages. Vicent told Norman about everything that happens inside the facility.

The Promised Neverland Season 2 Episode 9 will release on Friday, 12 March 2021, at 12:00 AM JST on Funimation and AnimeLab. Let’s find out what will more about Norman and his plans for the demons below.

Vicent reveals about the children who are being experimented on and how much pain they are enduring. Norman saw everything with his eyes and notice that humans are working with the demons. In the morning, a guard demon and the scientist came and took Norman away. They did experiment with him, but they just made a mark of the facility logo on his chest. Norman decided that he will live to see Emma and other children again. 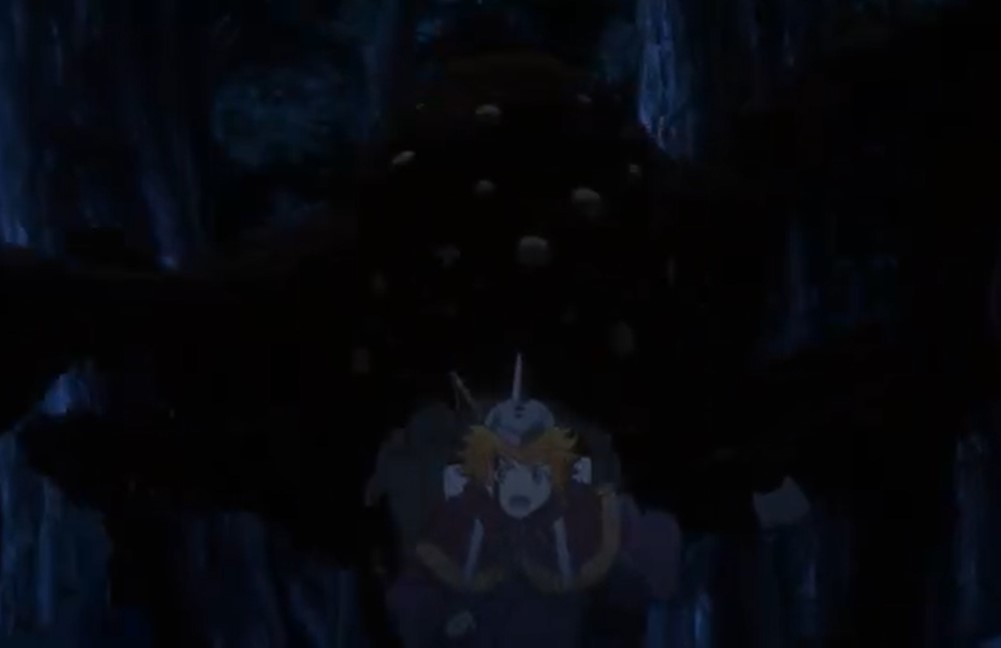 Norman realizes that he has left with few days, and he decided to plan for his escape. He notices that there are six cameras installed in his room. There is a maximum of 15 personnel at night. Norman continues to communicate with Vincent about their escape plan. Vincent and Norman created explosives using the chemical and drugs that are injected into the children inside the facility. One of the demons notices in the CCTV room that Norman is playing chess.

When he made a checkmate, he squeezes the king. The demon realizes that there’s something wrong with Norman’s action. The facility started to explode, and many demons died; the alarm is sounding for danger. One of the scientists who was injured gave Norman the key to the room where the hostages are. He saved them all and allied with them to bring the demons down. Norman also took all of the research data from Lambda.

Norman took three demons who were still alive and started to do research about them. Norman comment to himself that even if he dies, he wants to create a safe world for Emma and the Children. In the present, Emma wears s demon disguise with others and started to search for Sonju and Mujika. On their way, they find footprints, but it was too big to be for Mujika or Sonju. Emma said the footprints belong to a wild demon that has six legs.

But they manage to hide from the wild demon that lost the scent of their blood. Emma, Ray, and Gilda managed to head to safety. They wish they could track Mujika and Sonju before they encounter more wild demons. Don told them not to worry; they still have four days left to find them.

The next day they battled with the wild demon, but they got defeated when it was about to eat Emma Sonju, and Mujika arrives. Mujika speared the wild demon, and the blood covers Emma’s face. When they return, they find that Norman has already attacked the demon village. Emma stopped him when he was about to kill the old geezer demon. The old geezer realizes that it is Emma who helped him the other day.