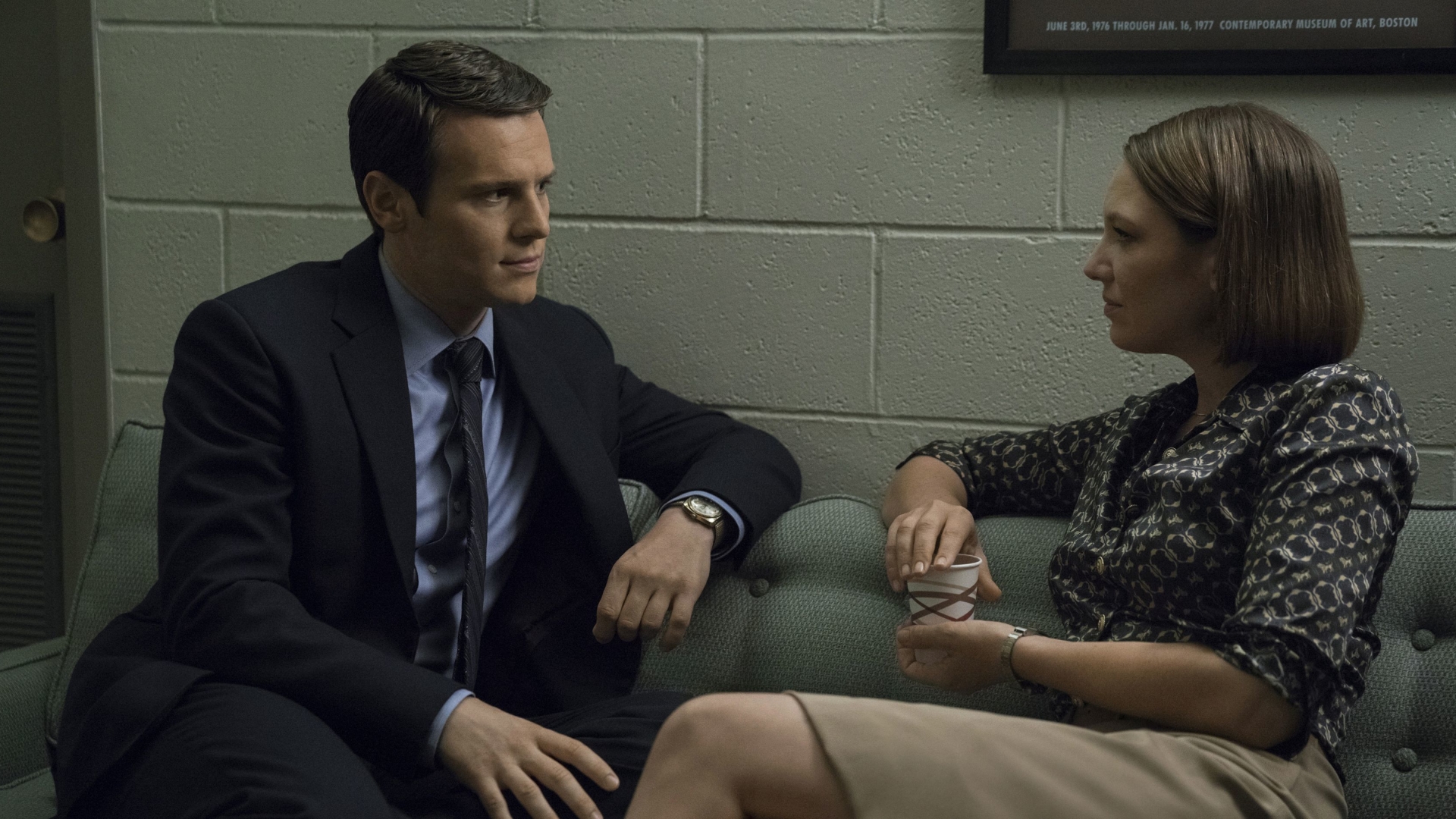 Holden and Wendy from Mindhunter

HBO’s ‘Perry Mason’ brings to life the story of a successful criminal defense lawyer who uses his unique talents as an investigator to support his clients. The first season of the show follows the life story of the character until he leaps into practice and gains attention for throwing the case on his head at the last minute. Starring Matthew Rhys, it’s a gritty drama that’s a horrible crime to wrap up jazz music, stylish fedoras, and beautiful scenery. If you enjoy the show, then here’s a rundown of the crime dramas you’re scheduled to watch next. You can find a lot of these shows and series on Netflix, Hulu, or Amazon Prime.

Mindhunter is a crime drama that doesn’t involve the action but features a very different premise that is showcased in it which makes it one of a kind crime drama. The show focuses on the different physiology of criminals and showcased in the forms of different interviews between or main characters and various criminals. Mindhunter focuses on FBI agents Holden Ford (Jonathan Groff) and Bill Tench (Holt McCallany), along with psychologist Wendy Carr (Anna Torv), who operates the FBI’s Behavioral Science Unit within the Training Division at the FBI Academy. They interview imprisoned serial killers to understand how they think, with the hope of applying this knowledge to solve ongoing cases. David Fincher acts as one of the executive producers and directors who is known for making good Crime drama films.

True Detective is one of the best anthology crime drama television series of all time witch each focusing on different storylines and set of characters. There are a total of 3 seasons as of now and the fourth season is in development and the creator is working on the script for the new season. The first season, starring Matthew McConaughey, Woody Harrelson, Michelle Monaghan, Michael Potts, and Tory Kittles, takes place in Louisiana and follows a pair of Louisiana State Police detectives, and their pursuit of a serial killer over a 17-year period. The first season still remains the best rated season among the three.

Dexter is a crime drama mystery television series used to broadcast on Showtime, In Miami, a forensic technician trained in blood stool pattern analysis from the fictitious Miami Metro Police department who leads the secret parallel life of a vigilante serial killer in searching for assassins. The opening scenes alone meet all the criteria for the genre, as we see Dexter wandering through the streets of Miami at night with his prey. The show shows a blood spatter investigator who is also a serial murderer searching for other murderers. Dexter has us feeling every kill the main character makes, while the camera turns around to see Dexter in its “Dark Passenger” mode, while zeroing on detail, such as blood pouring over Dexter’s knife.

I am the night is a six-episode limited series from director Patty Jenkins of the Wonder Woman. The series reveals the true story of the biracial girl Fauna Hodel who was gifted by her mother just after she was born. Fauna discovers that her parents could be connected to the famous case of Black Dahlia that rocked Los Angeles city in 1947 when she tries to look for the truth about her father. Chris Pine stars in the show, collaborating with Fauna to find out the secrets of her family’s past as a disgraced journalist.

The Night Of is an eight-episode long mini-series based on the first season of the British crime drama series Criminal Justice. The series begins with Nasir, a Pakistani-American college student played by Riz Ahmed, and how is thought to be charged with the murder of a young woman. The series leads to the investigation of the case from the perspective of both Police and Court. The first episode offers the viewer the chance to see how Nasir later finds it wrong. The display is an inner mystery that shows all signs of the guilt of Nasir but leaves enough doubt about the need to respond to questions.

The Emmy Award-winning period drama series, The Alienist is set in 1896 and focuses on the various murders around that time. The investigation team consists of Dr. Laszlo Kreizler, John Schuyler Moore, and Sara Howard played by Daniel Brühl, Luke Evans, and Dakota Fanning respectively. It has many similarities to Perry Mason and Sherlock that makes it one of a kind show that can be watched with such intrigue. Dr. Laszlo Kreizler has to investigate the case by understanding the pattern and the psychology of the killer, all the while, keeping his own terms and mind intact.

Sharp Objects is an HBO Limited series based on a novel by the same name by Gillian Flynn who is also known for her book Gone Girl which was made into a movie. The series centers around the crime reporter Camille Preaker played by Amy Adams, who was sent back to her hometown to investigate the killings of two children. As soon as she reached the town, she had to confront some of her own ghosts and overcome her past. Directed by Jean-Marc Vallée, who also hosted the highly acclaimed HBO show Big Little Lies, Sharp Objects investigates not just the mystery of a small town, but also the broken family structure that has culminated in years of trauma. Unlike the plot in Gone Girl, this show also features a deliriously sick ending.

The Sinner is a crime anthology series that was earlier produced as an 8 episode limited series but was later changed to an anthology after the successes of the first season which features Jessica Biel in the lead role. It is based on a novel by the same name by the author Petra Hammesfahr. The first season revolves on a young woman (played by Jessica Biel) who fatally stabs a man on a busy beach and a policeman (Bill Pullman) who wants to find out why she did it. The Sinner is an intriguing story that is complex and is not focused on the “how” it happened, but instead on the “why.” The viewer already suspects that Biel ‘s character is the killer, but the actual hundreds of thousands.

The Killing is a crime drama based on the Danish television series Forbrydelsen (The Crime). There are four seasons of this crime drama and is been created by Veena Sud. The series focuses on a series of homicide investigations by the homicide investigators Sarah Linden (Mireille Enos) and Stephen Holder (Joel Kinnaman).