Legends score the centuries like water scores the ocean bed. Religions, folklore, and places swell with legends. But they are called legends for a reason. They are bygone and not of this age, they should reside with the dead that told them, yet they keep turning around in their graves. When myths wander the land of the living, there is little that humans can do. According to a retired USAF Staff Sergeant, in the late 1980s, under the Soviet Premier, Mikhail Gorbachev, rumors stirred up of the USA and USSR butting heads in the Summer Olympic Games to be held in South Korea.

The news made many Americans excited, especially the 50th tactical fighter wing stationed in Germany at the Hahn Airforce Base. As the squadron was getting unruly during the day, their behavior was exponentially riotous at night. The servicemen and women joined in the celebrations of the glad riding, getting drunk further from the base till the frustrated security officers would have to guide the airmen back.

One evening, in the summer of 1988, when the security officers, as usual, were driving the intoxicated personnel to their station, they requested to relieve themselves by the road. Their driver obliged that the vehicle halted on the outskirts of Wenigerath of Morbach. The drunken lot strayed into the woods to find a suitable spot but stumbled upon a rather huge rock. To the airmen’s amusement, it was a stone shrine whose hot candle seemed to have been recently smoldered. The unwary men mocked the monument and returned to their vehicle after relieving, leaving the candle unlit. The men were jolly on their way home, merrily singing songs of victory, romance, and home, completely unaware of the horrors they had unfolded and what fate was to fall on their camp.

The Violence Of The Night

At around midnight, some affirm at 12:15, the Duty Officer at the guardroom at the base was urged by a report of a disturbance beyond the perimeters of the base’s fence. The report shrill cry emanated from the woods that lay at a distance. When the patrol went to investigate, the screaming was followed by a rustling of leaves like something was moving amongst the foliage. On a second report, another patrol team was sent to aid the first. Together the troupe ventures into the dark wild in front of them.

As they fumbled through the dimly lit forest, they stumbled upon a gruesome scene. The corpses of two dreadfully mutilated deers were scattered about. The patrol aimed their torches at the grisly kill, puzzled when they noticed the animals’ throats were torn open. The creatures were disemboweled, and their innards were plunged. It was concluded by the officers that the deers must have been captured and feasted upon by a wild boar or dogs, so they informed the local forest commission. Breathing a sigh of relief, the Duty Officer propped back in his seat but not for too long. 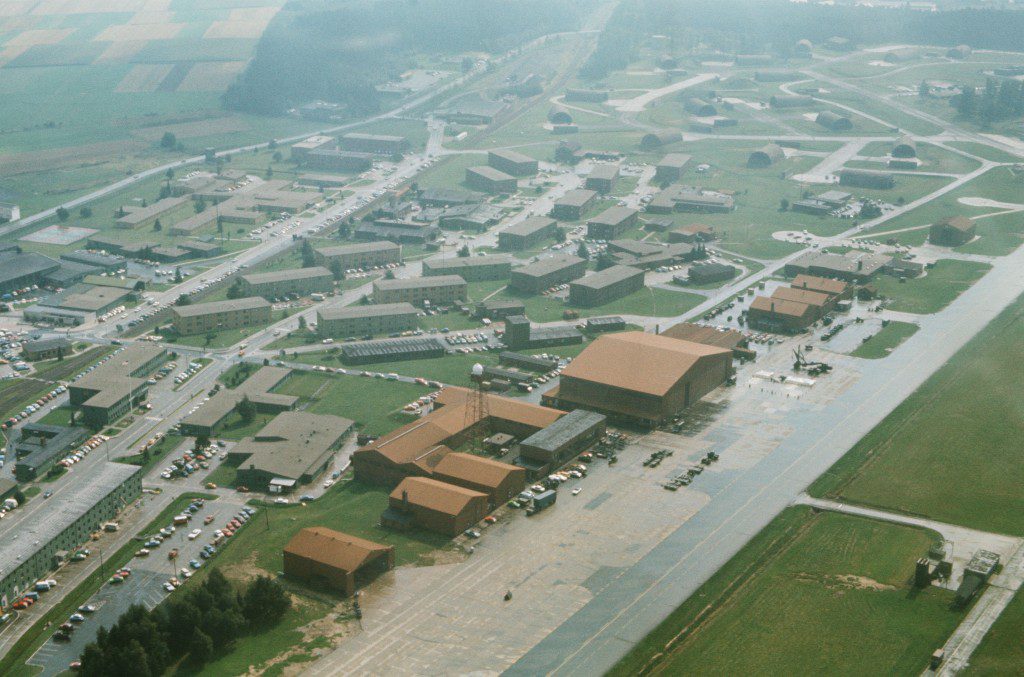 The sensors on the base’s radars began to go haywire. The two patrol groups, on their way back, suddenly heard a long gritty growl from behind them. Horror-struck, the group sent one of them to pry into the bushes. As the officer leaned in, a strange massive form emerged forth. This set the troupe running on their heels. When confronted by their superiors, they claimed it was a giant bear, but he laughed it off since the Eurasian Bear was thought to be extinct in Germany. To solve the ‘hoax,’ the superior checked with their canine forces, but none had escaped, then he called for a militant dog and his handler to accompany the troupes on their second venture. But in the forest, the dog sensed something and barked in fear before whimpering back into its kennel.

The Creature In the Dark

The sirens went off, and the airmen were mustered. A patrol vehicle had spotted a creature near their munition lockers. The chase commerce and the creature disappeared into the shadows of the buildings. The dogs were called in to hunt the creature, but they refused to leave their kennels. The personnel kept up the chase, pushing the creature towards the fence until it emerged like lightning and jumped over the nine-foot barred fence into the forest. The Sergeant of the command geared his night goggles to look at the fleeing creature. When he did, he froze, trembling at what he beheld. A huge lupine is standing erect on its two feet. The creature stared into his eyes and fled further after releasing a raucous howl.

When the day dawned and the Forest Officer came in, he was appalled at the kill site. He claimed no wolf could exhibit such blatant barbarity, nor any other animal for that sake. The CCTVs could not help them either. A screening test was conducted on all airmen for intoxication, probably the men were hallucinating, they thought, but the reports were negative. The report of the obnoxious event was sent to the higher officials but perhaps afraid of being accused of tomfoolery, the Sergeant’s account was not included. The news drifted from the base to all eighteen settlements in Morbach. 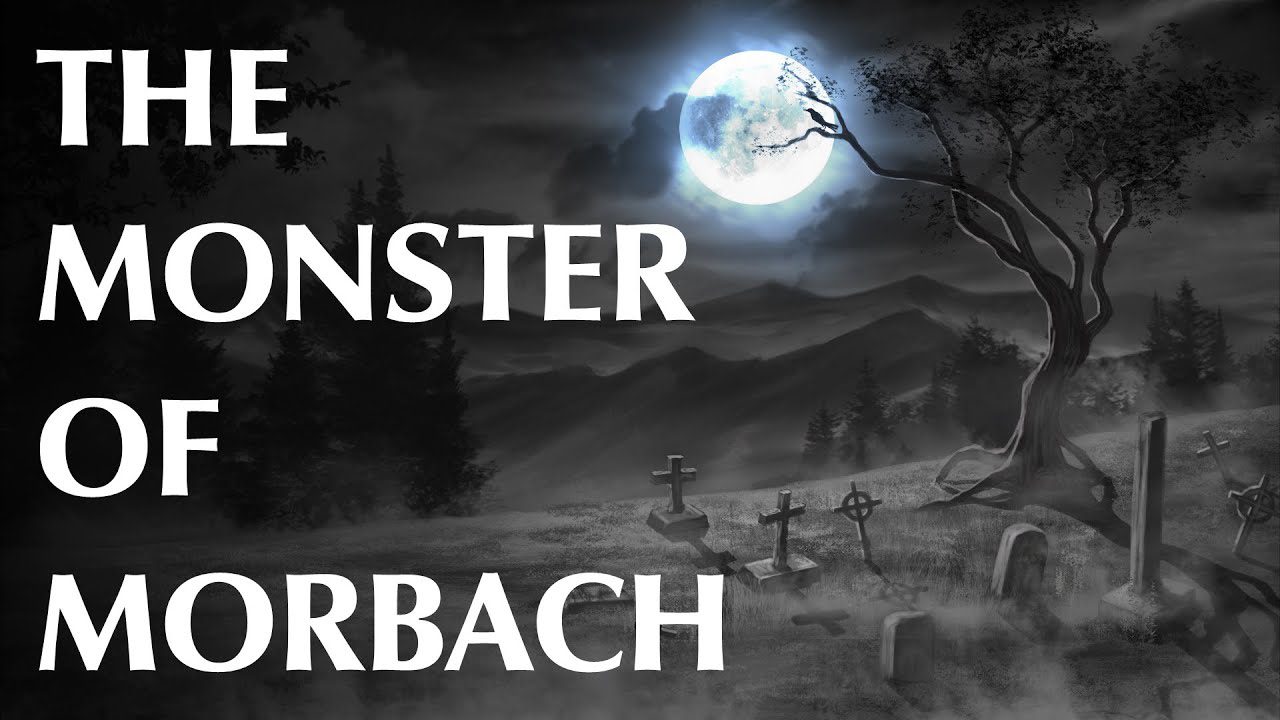 In 1812, after Napoleon Bonaparte, the great French conqueror failed to capture Moscow, his vanquished soldiers ran back to their homes. Thomas Johannes Baptist Schwytzer, an infantryman, followed suit and, with a band of Russians deserting the war, traveled with him to his homeland of Alsace. The voyage wearied the men, maddening their minds to no less than savages. As they passed the village of Wittlich in the region of Morbach, their weary eyes fell upon a hapless little farmhouse. The men pillaged the house; unfortunately, its owner, along with his sons, happened upon them, but the men slaughtered the three. The widow of the house wailed and cursed Schwytzer, who murdered her family—he would henceforth metamorphose into a rabid wolf at every full moon—he hacked her skull.

Soon, the curse was made good. He turned violent beyond human capacities. Mutilating, robbing, and harassing at will. His fellow mates left him terrified of the man. He joined ruffians and highwaymen, but they deserted him too, scared of the violence he was capable of. His growing monstrous instincts led him deeper and deeper into the forest. Rumors of a great beast that prowls the forest began to haunt Morbach. Schwytzer, or what was left of him, defiled a farmer’s daughter said to be called Elizabeth Beierle.

The monster was hunted and killed in Wenigerath. A monument was erected at the crossing, and a flame that was never to be extinguished was lit. The girl bore a son, who she named Martin, and his descendants never bore the illness. The men of the village blessed the shrine and believed that no ill would befall Morbach until it was ablaze. Seems like a coincidence? Most disagree.