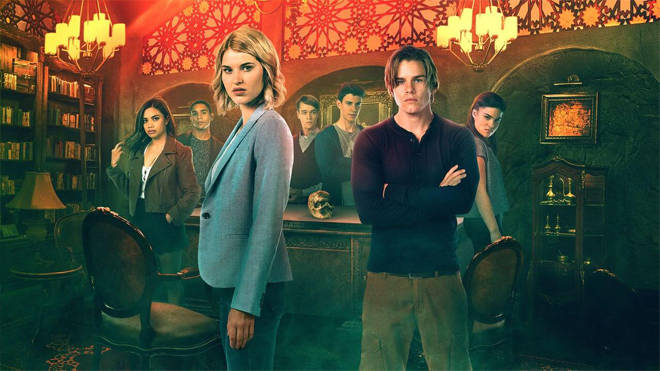 After just one season of 10 episodes so far, “The Order,” available on Netflix, has taken us on an adventure with unexpected turns throughout! It has been a hit right from the get-go, and now, with season 2 on the way, one can only imagine the excitement the fans are feeling for its release. Stay with us while we discuss what to expect in this new season. Be careful fans; we have a few spoilers here!

The first season ended with Alyssa Drake betraying Jack Morton by blowing the amnesia dust on his face. What will be the fate of their relationship in season 2 now?

Over the course of the first ten episodes, we get to see Alyssa and Drake build their relationship but after her betrayal at the end of the first season by blowing the amnesia power on him making him forget the events that led to the downfall of the Edward Coventry (Max Martini), the death of his grandfather Peter (Matt Frewer) and even his own name. With betrayal as big as this, where does their relationship stand?

The Future Of Alyssa And Drake’s Relationship

So far, there have been no details on Season 2 as yet. However, it is quite evident that the romance of Alyssa and Drake will be at the forefront. With fans eagerly waiting to know the fate of their relationship after Alyssa’s betrayal, it sure has made way for much speculation.

At the end of the season, one sees Jack telling Alyssa that he loves her, but it is only moments after this that he is made to lose his memory. Jack has no memory of his name or her name, which seems to indicate that their relationship is over for the time being, at least. But it definitely would make sense for Alyssa to get back with Jack in the second season.

By dating him, Alyssa could keep an eye on the actions of the Knights, just like Jack was a double agent for the Knights of Saint Christopher in The Order. But, it seems to be unknown yet whether the knights as we know them will return for season 2 or not.

Randall Carpio (Adam DiMarco), Gabrielle (Louriza Tronco), and Hamish Duke (Thomas Elms), who all got their own dose of the memory dust, might mean the end of the Knights as we know them.

However, they are likely to get back some of their memories in season 2. Alyssa is known to have lied to The Order that she memory dusted Jack when in reality, it was probably just a short term memory loss that he faced and will get his memory back soon.

It seems like the main plot of season 2 is sure to be the will-they-wont-they relationship and romance of Alyssa and Jack. It does seem like they will get back together in season 2, but once Jack finds out about her betrayal, will he leave her?

With no official word on the Netflix series “The Order” as yet, it is anyone’s guess as to what it may entail. Fans need to sit tight and wait on any possible updates about the same that are sure to come around soon. Till then, it seems like there are multiple ways in which season 2 could go, and theories seem to be spinning around!