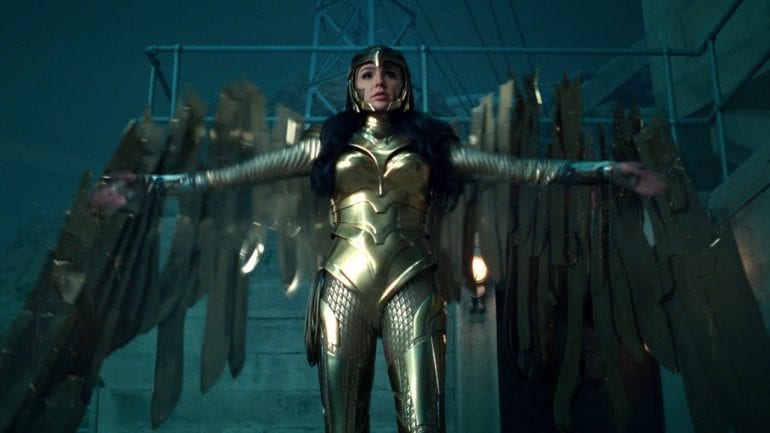 Brace yourself as the DC universe sequel, Wonder Woman 1984 is back with a bang! Gone are the days when men used to be the savior of mankind. This is because the movie stars Gal Gadot who’s the protector of the world and follows the path of justice and equality. Released on the joyous festival of Christmas, the action-adventure has certainly amassed a lot of popularity and appreciation worldwide. In this article, we are going to discuss if the movie is worth the hype it has been getting or not. Follow the article and all your doubts shall be cleared. So, let’s dive in!

DC as well as the Marvel Universe are known for developing superhero movies packed with top-notch action, thrill, and excitement. And, undoubtedly, Wonder Woman 1984 continues the legacy of the DC world. Starring “The Fast and The Furious” girl, Gal Gadot and the “Captain Kirk”, Chris Mine, Wonder Woman 1984 is currently gaining a lot of buzz on various social media platforms. And, to know what the audience has to say about the movie, jump to the next section!

As we all know, Wonder Woman 1984 was one of the most highly anticipated movies to hit HBO Max this year. Now that the movie is finally premiered, it seems like it didn’t meet the expectations of the people. Well, in all honesty, the movie was a little hyped up by the makers as well as the audience. But, it ended up getting mixed reviews.

With a not so embellished plot, Wonder Woman 1984 seemed quite dull and mundane to the critics. Although displaying two amazing action scenes, in the beginning, the action flick couldn’t keep up that till the end. The Wonder Woman, Gal Gadot certainly nailed her role but the story seemed a tad bit plain. As the name suggests, the colorful movie was set in the timeline of the 80s when the cold war was going on. And, it was fun to relish those memories. But, with a simple story laid out and all the scenes of action and comedy among heroes and villains put together, it couldn’t do well at the box office. And, thus ended up with an IMDb rating of 6.8/10.

It was indeed great to watch Gal Gadot in action on the big screen again. But the movie with a not so wide plot, a dull story, and 2.5 hours runtime came off a less revolutionary than the original. However, if you’re into action, don’t care much about the plot and the way the story is put down, you can go for The Wonder Woman 1984 and get a kick out of it. And, certainly, you’ll love its pivotal scene for the twists and turns it has to surprise us!

Directed by Patty Jenkins, Wonder Woman 1984 spirals around a strong woman named Diana Princess( Gal Gadot). She fights against crime with her extraordinary powers but prefers to keep her profile low-key. From her family to the love of her life, she has lost it all. But, being the immortal savior, the braveheart keeps fighting against the adversaries.

The story of Wonder Woman 1984 also throws light on how ugly the life of a superhero is. Despite being powerful, immortal, and the holder of supernatural powers, they don’t have it all. In some of the scenes, Diana is shown reminiscing the memories she shared with Chris and her family. She’s left alone in the world but never gives up. And, continues marching forward.

However, the life of this robust girl spins around when she comes across Maxwell Lord and the Cheetah. Yes, they are primary antagonists who possess the same supernatural abilities as her. The main idea behind Wonder Woman 1984 is how Diana summons power, musters up strength, and defeat the villains. Of course, this is similar to other superhero movies but Patty Jenkins failed to connect with the audience.

Here’s the complete list of all the stars from heroes to villains who had a role in the superhero movie!

As displayed in other DC Wonder Woman movies, this gallant woman is the daughter of the mighty Greek Gods Zeus and Hippolyta. This certainly explains why she is courageous and takes it upon herself to save the world. She is the possessor of numerous superhuman powers like eternal life, extraordinary resilience, and flight. Her life is not so easy as it seems to be. She encounters several villains and tries her best to protect people from them.

Well, this man did die in the first sequel. But, let me not ruin the fun for people who haven’t watched The Wonder Woman 1984 yet. For sure, he will come back on the screen under certain circumstances but let me not reveal how did the magic happen! He was shown as the love interest of Diana and worked as a spy. To know if the two team up in this sequel or not, watch the movie and learn yourself!

Meet one of the most powerful villains of Wonder Woman 1984. The woman works as an archaeologist and acquires the superhuman ability to run like a Cheetah. Yes, that’s why she is called Cheetah and doesn’t like women who are better than her in any aspect. That’s the primary reason she has a disliking for Diana and envies her.

Meet yet another villain of Wonder Woman 1984. He is shown as a billionaire having a shrewd personality. He wishes to dominate the world with his wealth and power. Unlike Cheetah, he doesn’t have extraordinary abilities. But, he has the strongest weapon to make anyone team up with him- Money!