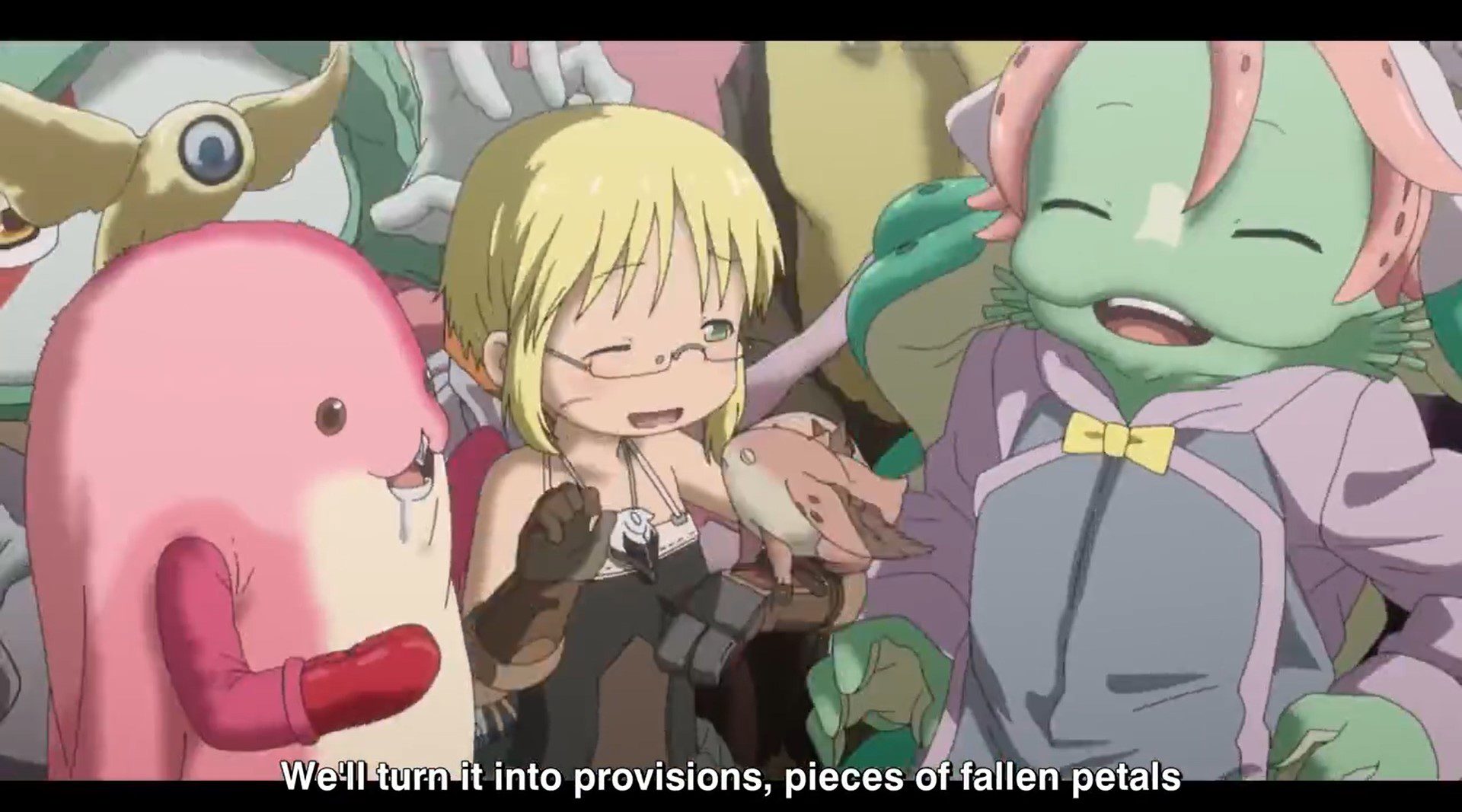 Made in Abyss Season 2 Episode 12 is set to release this week. In 2012, Made in Abyss was serialized in Takeshobo’s digital magazine Web Comic Gamma and published in eleven tankōbon volumes. It is written and illustrated by Akihito Tsukushi. Following Riko’s journey into Earth’s core to find her mother, the story follows her discovery and friendship with the robot Reg.

We see in episode 11 that Riko and Nanachi arrive, and Belaf allows Faputa to attack him. After Faputa knocks out Reg, he attempts to attack Riko, believing that she is the cause of his amnesia. However, Gaburoon intervenes, shielding Riko and taking heavy damage in the process. After killing him, Belaf imparts his memories of Vueko and Irumyuui, urging Faputa to find her value.

Faputa becomes confused at the new information she has been given, thus allowing the other villagers and Nanachi to evacuate her. Despite Faputa’s attempts to repel the beasts, she is soon overwhelmed and nearly killed when Gaburoon sacrifices herself to protect her. Monsters then invade the village after their barrier is breached, attacking the villagers. 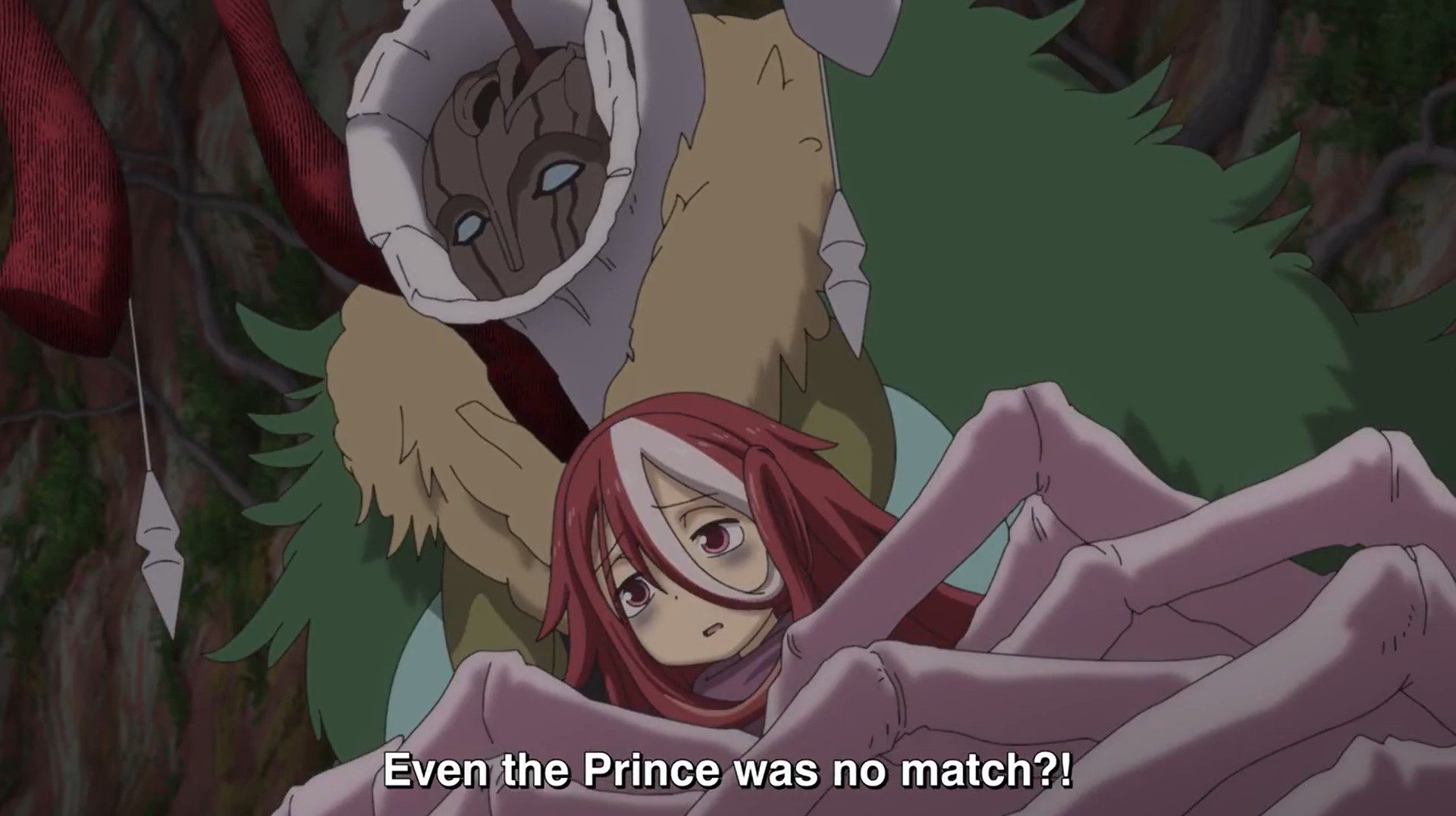 Review of Made in Abyss Season 2 Episode 11

In life, revenge can be such a funny thing to have. Many people have such a tremendous amount of hatred that they will hold onto a grudge for decades, and some even make it their purpose to hate others for the rest of their lives. Various levels of quality and success are also present in the media when it comes to revenge stories. As well as featuring characters from the first season, this season has been a revenge story with the background that it provides.

The episode, however, turned Faputa into an almost as tragic figure as her mother because this was her story through and through. It has been well documented that revenge is self-destructive, so it is not surprising. In almost every revenge story, the revenge-taker realizes how foolish his or her actions were and gives up or dies in pursuit of their target. It is capable of destroying lives, both physically and emotionally. 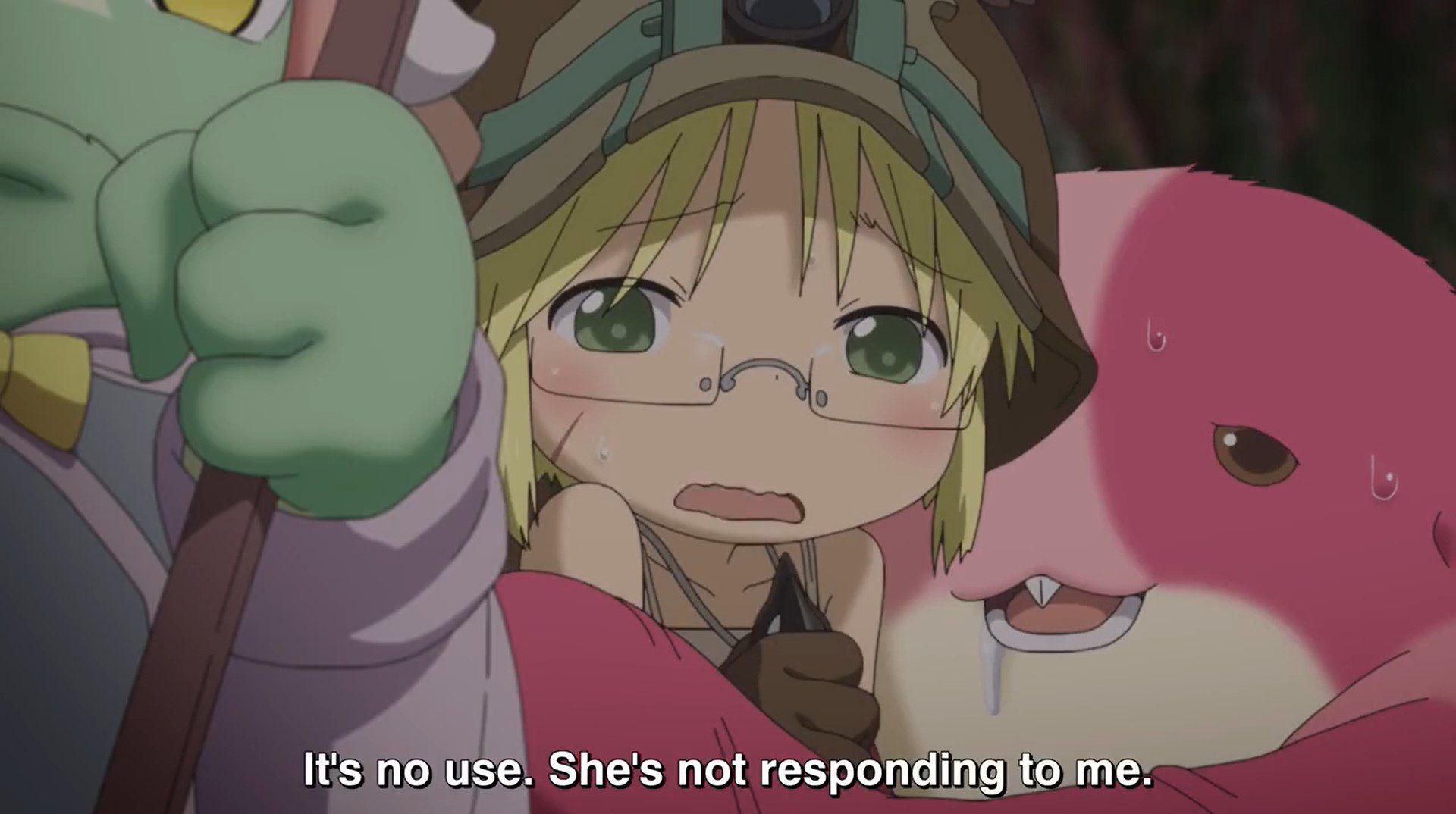 In this episode, Faputa comes to realize that her purpose might not be as well-rounded as she initially believed. Her revenge likewise drives her to the brink of madness and back and is the sole reason for her existence. In this season, Belaf has been the most fascinating new character. He has played an understated but crucial role as the only character who thinks living through Irumyuui’s sacrifice would be worse than death itself.

Irumyuui was his first home, and he gave everything he had to her and accepted any punishment she threw at her. This episode was the turning point for our three original main characters, as he brought Nanachi along with him, combining their arcs. It was a beautiful moment, as a character like him should have. As soon as Ganja started, we stopped talking about the Abyss. However, one cannot emphasize how dangerous and anti-life it truly is. All of Irumyuui’s sacrifices were made to build a livable space amidst one of the world’s most dangerous places. 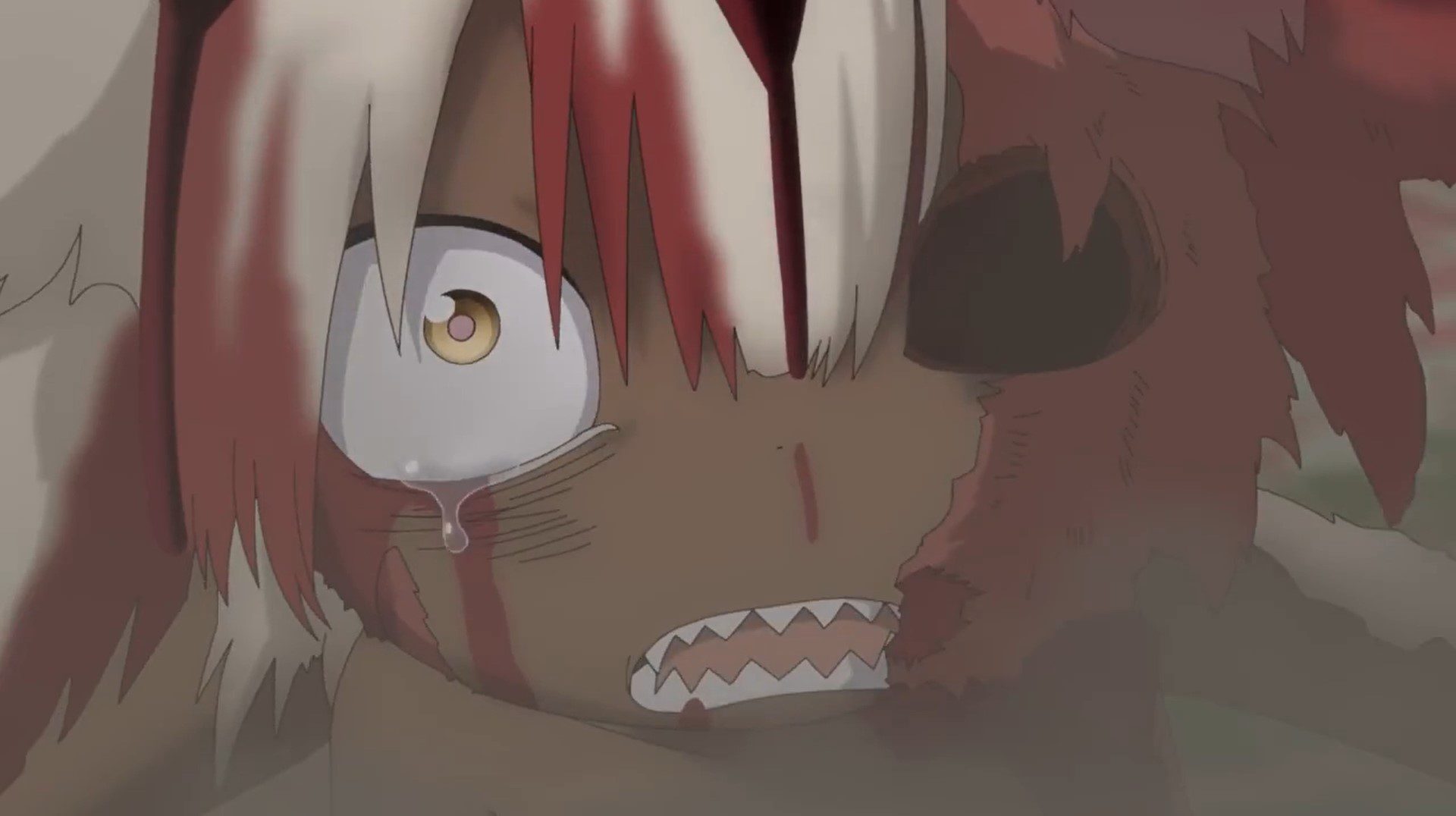 There was no denying that Ganja’s inability to live in the Abyss played a significant role in its ultimate demise, but just because things were better now didn’t mean the Abyss was going to stop being what it was. By breaking through the barrier, Faputa was able to spare the hamlet from the far worse Abyss curse.

This episode had a very moving scene where Faputa, the personification of value, questioned if it was really worthy for her to be alive. This is a tribute to how excellent it is since it didn’t even make the top five list of emotional moments this season. Regardless of what you give up or how hard you strive, the Abyss always prevails. Additionally, there are people that get to see this amazing event. 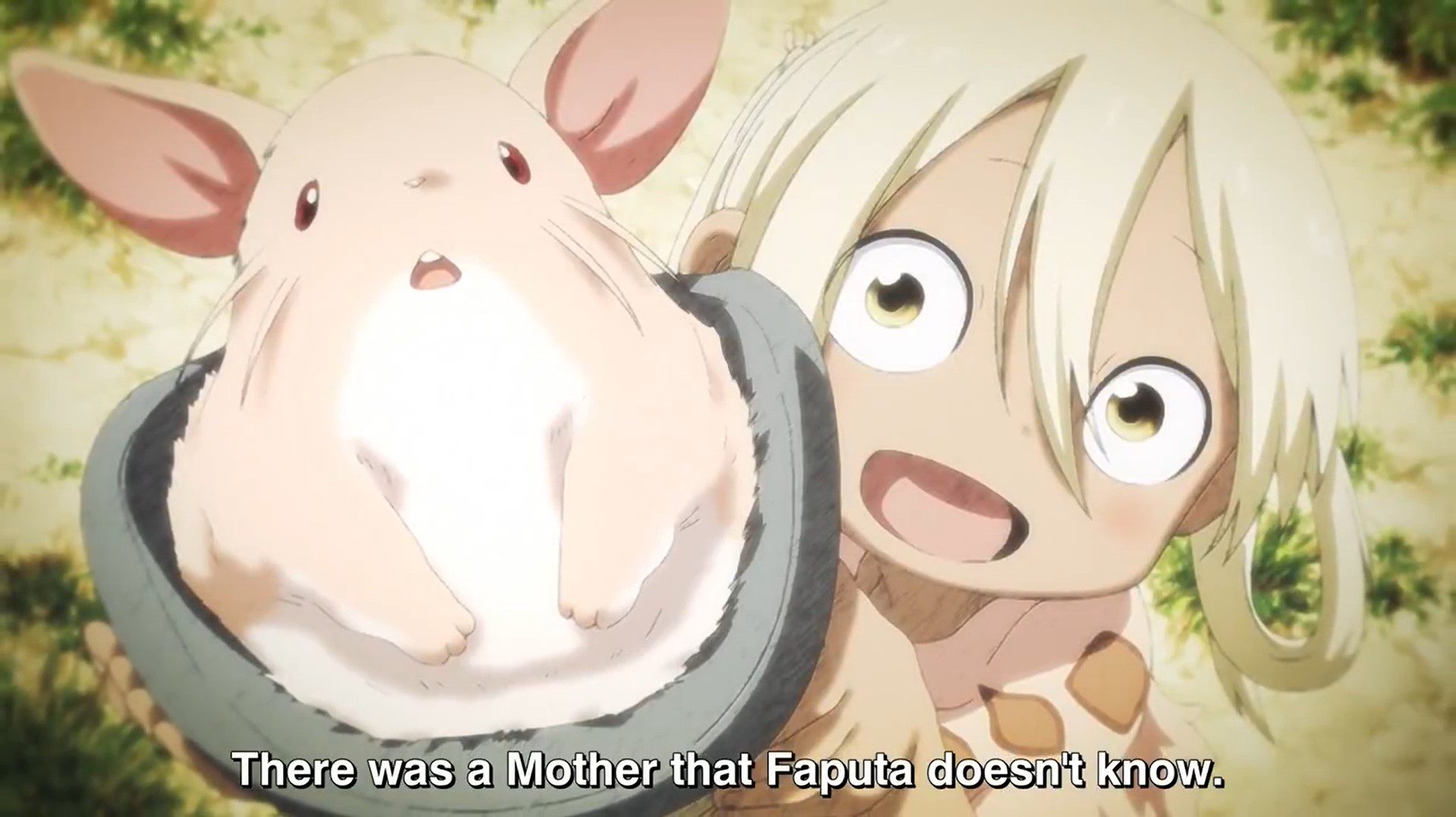