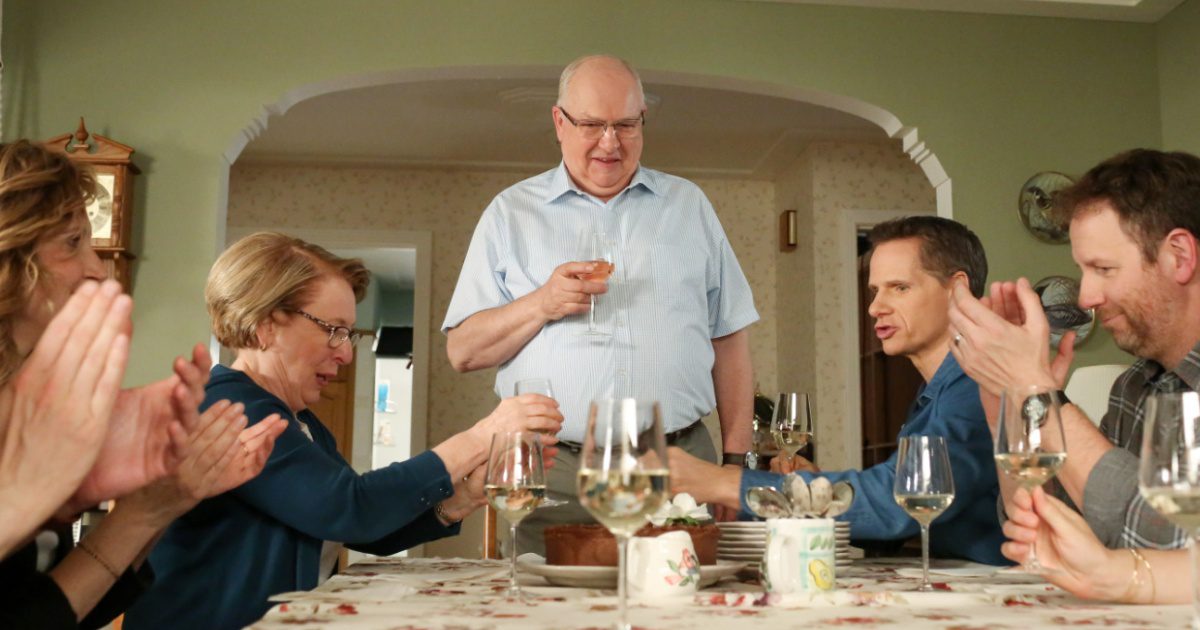 One of the most watched shows from Quebec, Discussions With My Parents (Discussions Avec Mes Parents), is all set to air another episode from its 5th season. The show revolves around François Morency, his family, and those around him, situated in Saint Sacrement District, Quebec. It’s based on a book by the actor, who was rightly chosen to play himself on the show.

Discussions with my parents were first seen on Television on September 10th, 2018. The show is filmed in Montreal, Canada and quickly rose to fame on the channel Ici Radio-Canada Télé, which is the main broadcasting channel of the region. Its popularity led to its streaming rights being bought by NBCUniversal for streaming in other regions outside of Canada, such as the USA and Asia.

After the first season’s end in December 2018, the show was renewed each year subsequently, with the 5th season airing on September 19, 2022. It’s ordered for about 13 episodes, which means the series is half over and will be airing the season finale in December.

Discussions With My Parents: The Cast & Plot

Many viewers have appreciated the actors for their realistic portrayal of what a family is like. In the era where Drama and thriller series fill up each time slot, Discussions with my parents bring the much-needed slice-of-life elements to Television. The cast of the show Includes:

Born in 1966, Francois is an actor turned writer and host who is originally from Quebec, Canada. He used to host the show Midi Morency on a radio station that had a runtime of almost 7 years. He also has another book titled Dure Soiree, revolving around his life as a comedian. 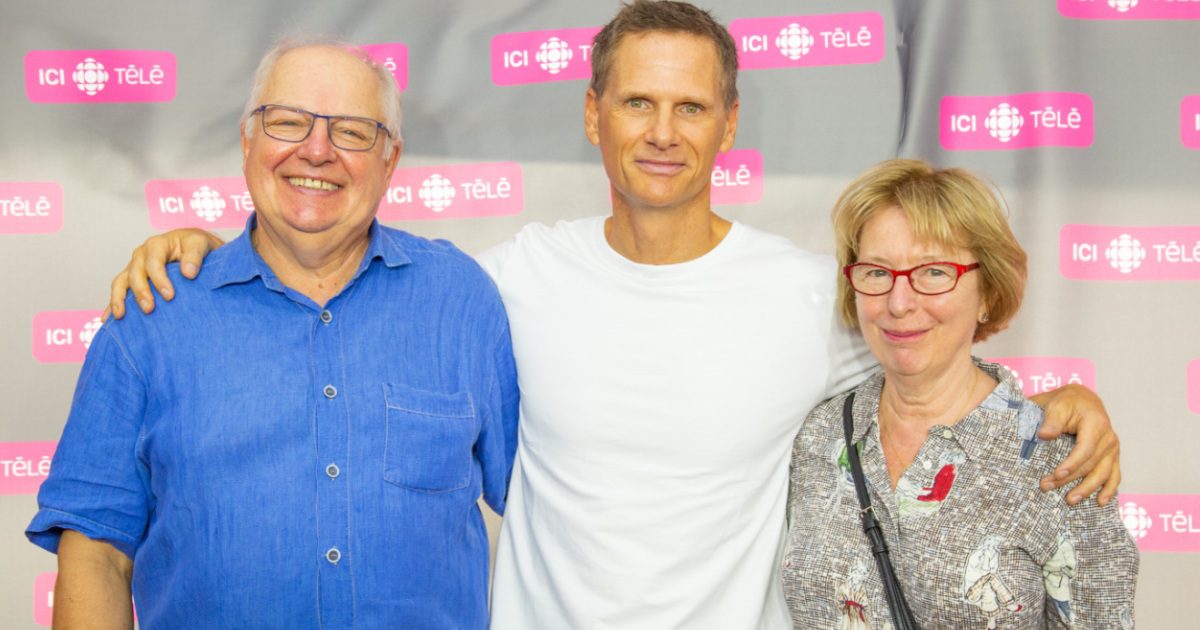 Though he is known to be a grumpy actor, Vincent Bilodeau plays the humorous yet wise father in Discussions with My Parents. Vincent has been a part of the Canadian Feature film, A Sunday in Kigali and many others.

Marie is best known for her movies like Quebec-Montreal, Continental, A Film Without Guns, and the more recent “Ousmane“. Besides her role as Rollande in Discussion with my Parents, Marie has also played Yvonne Sirois in Yamaska and Gisele in The Seige.

Coming to the show’s plot, This season began with Francois and Stephanie moving forward in their lives, and the first step is to buy their own house. His father, Jean Pierre, turns 80, and the family celebrates it together, with Jean Pierre and Rollande both coming up with a huge list of things they want to do before old age gets to them.

Judith, Francois’ sister, also turns 40 but tries her best to have a lowkey and pollution-free birthday. Francois and Stephanie do buy a great house, but after their mom makes his address public, he has no choice but to move again. After he buys a new house, he invites his family and friends for a fun housewarming party. His parents then go on a trip to Florida as a part of their new bucket list.

The previous episode, which was a Halloween special, was aired on October 31st, 2022. It featured the family being a part of a Halloween party filled with Horror and Magic. They invite over an actual medium who tries to communicate with the dead.

Later, we see Francois worrying about the release of his new show and the criticism it could receive. What troubled him most was the fact that one of the critics was his ex-girlfriend, and since they ended on bad terms and she was still angry with him, her opinion could heavily influence the Show’s future. 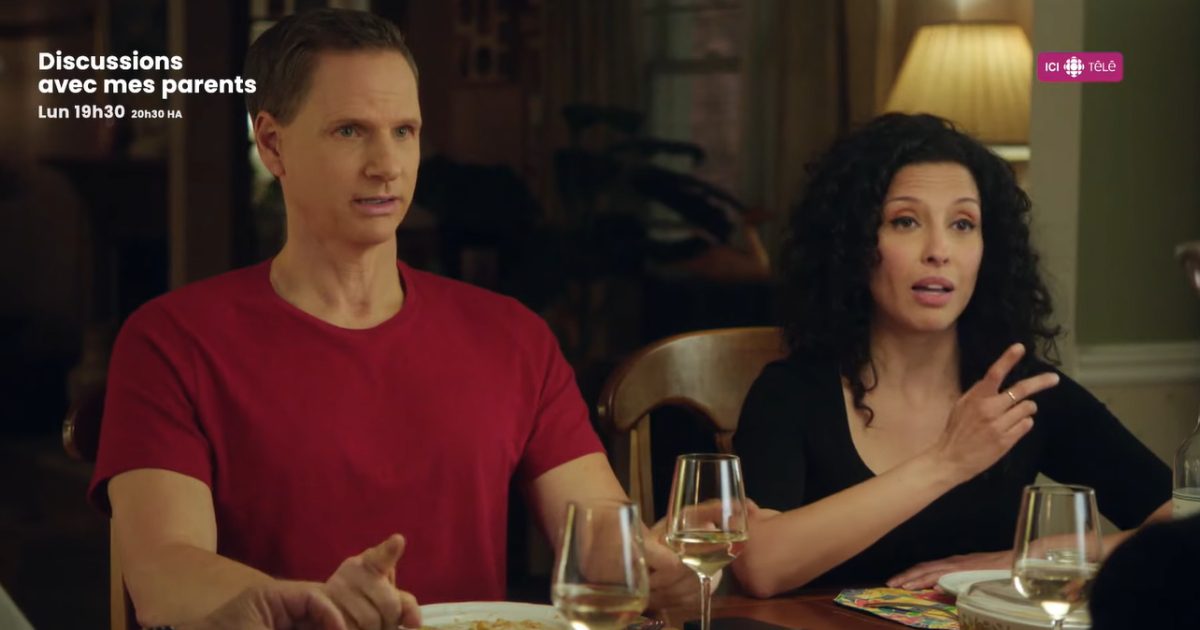 Francois and His Wife, Stephanie

Discussions With My Parents Season 5 Episode 7 will be released on November 7th, 2022. New episodes of the show are aired each week on Mondays, with a single episode lasting about 30 minutes.

In the upcoming episode, we will be seeing Francois get unknowingly involved in a big scandal. A local criminal is loose in his residential area, and he just so happens to look like our protagonist, Francois Morency.

With people suspecting him of being a criminal, Francois must prove his identity, or he will soon face the consequences of things he didn’t do.

Streaming Guide for Discussions With My Parents Season 5:

All the episodes of Discussions Avec Mes Parents are aired on Radio Canada Ici Télé at 7:30 pm and 8:30 pm (Atlantic Time). The Episodes can also be streamed on Demand at Ici Tou TV. The show has very limited streaming but can be accessed through a VPN.