An American historical sitcom called The Goldbergs debuted on ABC on the 24th of September, 2013. Adam F. Goldberg developed the program. With a young rendition of himself, it is inspired by Goldberg’s youth and household throughout the 1980s. ‘The Goldbergs’ portrays the realities of the 1980s through the perspective of a young adolescent, and subsequently, in the show, a juvenile, and is situated in a fabricated iteration of the 1980s inside the Philadelphia neighborhood of Jenkintown.

The creator of the program, who frequently recorded occurrences while growing up, has based the show somewhat on his own experiences. The previous form of a number of these films is then displayed before the closing credits of the television shows where they were re-enacted.

Adam, the youngest child, uses his film camera to record his family’s activities. Albert “Pops” Solomon, Beverly’s dad, is usually there to offer guidance or assist his grandkids. Every installment is narrated by Adult Adam throughout the present and occurs in “1980-something.” In a non-chronological sequence, the episodes of the program typically center on the pop culture of the time, but every season includes allusions to other decades.

The Wawa grocery chain of stores, Gimbels clothing retailer, Willow Grove Plaza Center, including Kremp’s Flowers of Willow Grove in the state of Pennsylvania are just a few of the many real-world Philadelphia-area companies that are mentioned. In addition, numerous 1980s societal luminaries make appearances on the program as themselves, and other people from Goldberg’s real-life make appearances as fictional people or their own families.

What Happened In The Previous Episodes Of The Goldbergs Of Season 10?

The first episode of the season finds everyone still residing at home, where there is the customary Goldberg commotion. To make room for the baby, an expectant Erica enumerates Beverly’s assistance, but matters do not go quite as planned. Adam with Barry is expected to share a room in the meantime to create space for the nursery. However, because both sets of parents want to know the details of Geoff as well as Erica’s conception, they insist on keeping the gender of their child a secret. On the opposite end of the scale, Adam enlists Glascott to support his mom as she adjusts to his move to NYU. Beverly is in a panic as Adam phones Brea notwithstanding their agreement to keep their way so they can individually prove their worth in college. 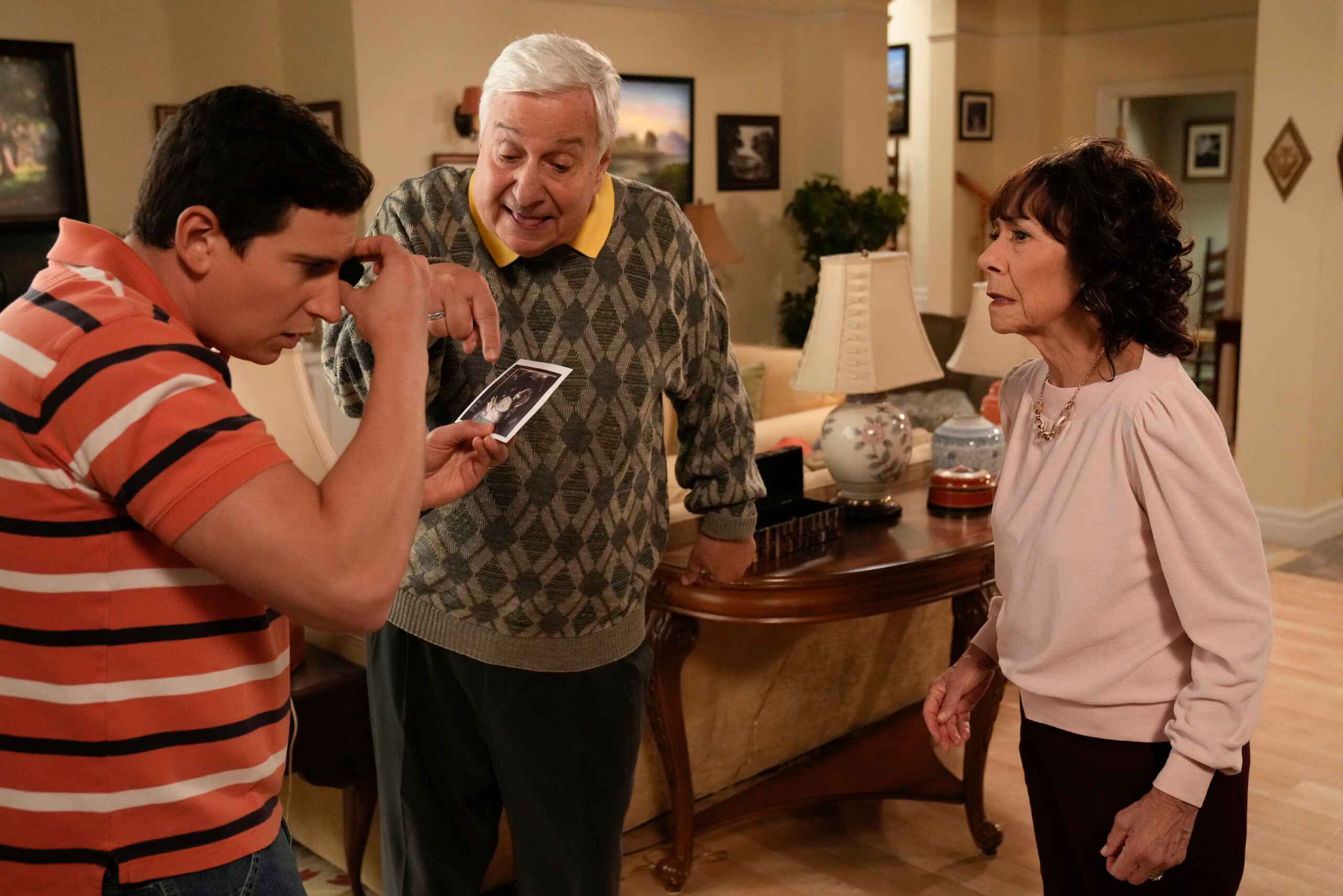 Erica’s graduation is received with an absence of anticipation from Geoff and Beverly. Meanwhile, Adam’s new career is in peril, and Barry attempts to take on the role of the latest man of the household as everyone is distracted by the impending arrival of the new baby. Erica is done being pregnant and wants a babymoon as her due time approaches; Adam, as well as Barry, looks for advice on becoming an uncle from certain surprising places.

Adam is thrilled to celebrate Halloween with Dave Kim at New York University, but his thoughts alter when he learns that his buddy has remade himself. Geoff’s dread about Beverly managing primary baby-care tasks transforms into a mysterious comic thriller. Everyone seems to be line dancing as the folk music fad sweeps the city. Adam finally secures a new position.

In the next episode, “Another Turkey in the Trot,” the whole Goldberg family is brutally embroiled in the commotion as Erica and Geoff struggle with the new baby, but when an unanticipated Goldberg relationship shows up for Thanksgiving, everything becomes very suspicious. What will ultimately occur to Geoff? That is the relative who visited them at home?

While most information of forthcoming chapters is kept tight with the series returning with new rib-tickling screws, consider all these release dates on The ABC to catch up on this series of typically idiosyncratic implications. The Goldbergs Season 10 Episode 8 will be released on 16th November 2022.

Details On How To Stream Episode 8 Of Season 10 Of The Goldbergs Online:

ABC, Hulu, YouTube TV, Prime, CTV, and DirecTV will all broadcast the episodes, but it’s expected that other streaming platforms will soon offer the program to viewers. To remain up to date on the most recent episodes, however, make sure to often check our website.