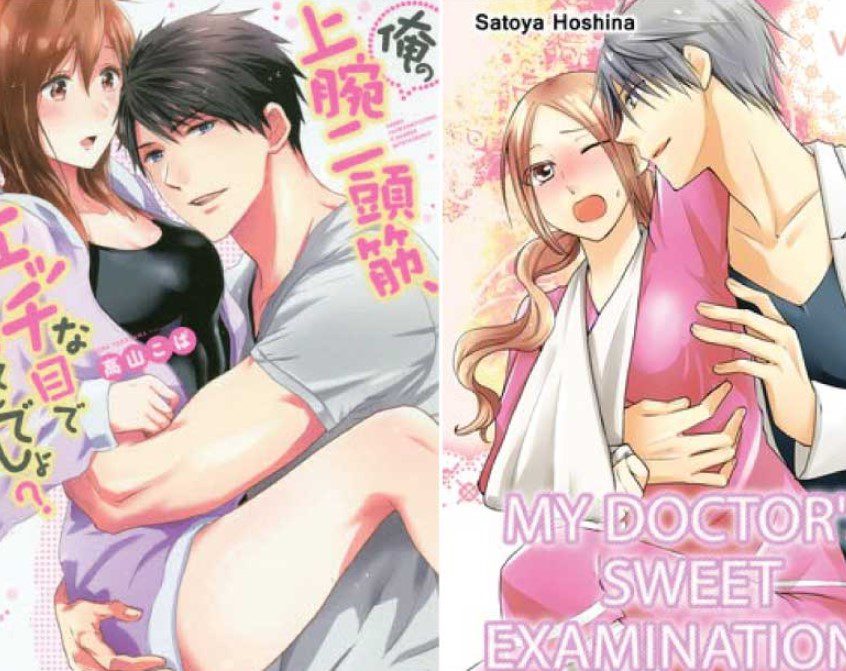 Sayo is a twenty-seven beautiful lady married during her career. She is a woman who will answer a work call even when she is in love with her husband. One day her company hired a handsome playboy Ryoichi, Sayo tries to reject him, but she plays games with him until he wins her. The two decided to play games until they found true love and romance. However, Sayo invites Ryoichi into her home, and she never thought he would dive deep into her heart. 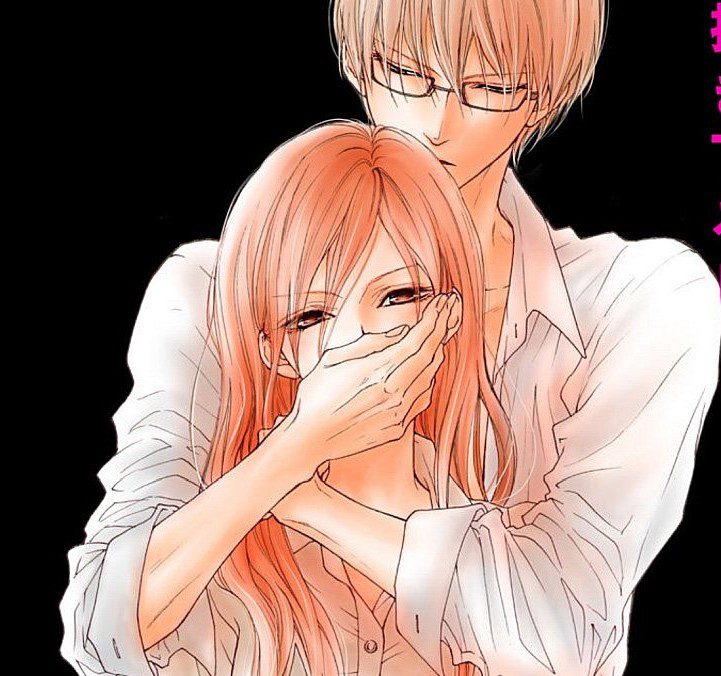 I Can’t Do This Unless We’re in love!

Kazumi is a beautiful lady in her twenties, and there is no way she is still a v-lady. But it was surprising since many people have found that Kazumi is still single and a virgin. Kazumi loves to pull her hair bay and has a tomboy personality. She never thought any man would fall for her due to her behavior and character. However, a handsome star appears in her life and asks her for a dinner date. 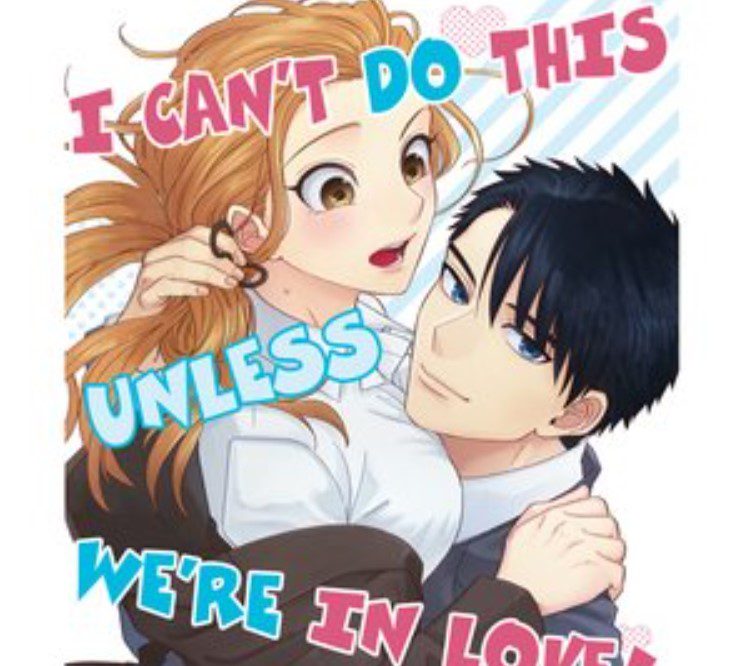 I Can’t Do This Unless We’re in love!

Kazumi realizes it is her chance to change her fate, accepting the invitation. When she arrived, she learned that there was a relaxing place for them after dinner. Kazumi is uncomfortable getting naked when he tries to make love to her. The handsome men told her that she needed no love to make love, but Kazuma was not ready and decided they couldn’t do anything before they fell in love.

Black Bird is a best romance smut manga that has beautiful romantic moments. This manga is about Misao Harada, who can see mysterious creatures that other humans can see. Misao enjoys living her life as a normal high school girl, and she is looking for a boyfriend. However, her ex-lover, Kyou, begins to stay near Misao’s house, and Misao believes that her wish will come true. 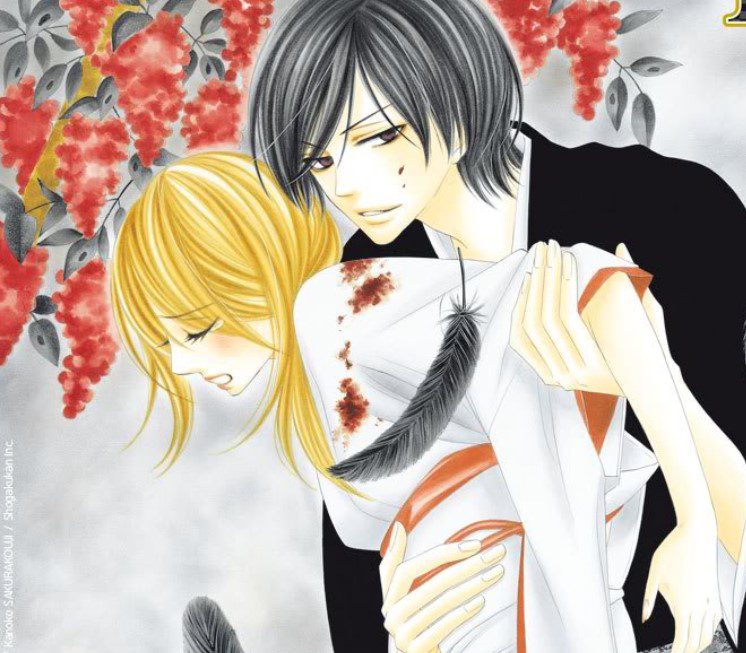 Kyou is a Tengu who returned to fulfill his promise to Misao. Misao is glad that Kyou has returned to marry her, and Kyou’s tribe will gain tremendous prosperity. Unfortunately, other demons are after Misao’s blood, and Kyou will protect him if she agrees to marry him. Kyou’s revelation made Misao reject his marriage proposal.

Kyou didn’t give up, and he continued to protect Misao, making her fall for him, and they began dating. He begins to work as Misao’s new homeroom teacher to protect her best. The demons continue to attack Misao, and things change when a fox spirit named Shuuhei also wants Misao to be his bride. Misao is confused about choosing between a spirit fox and Kyou.

This is the best romance smut manga for an adult couple that reveals mature romance. Mahiro Yano is an ordinary office worker who became a playing toy for her ex-crush, Kyouichi. Kochi is one of the married men who fool around with Yano, and he always exhausts her mentally. But Yano tried to find a way out of this love game, and she failed since she is addicted to it. 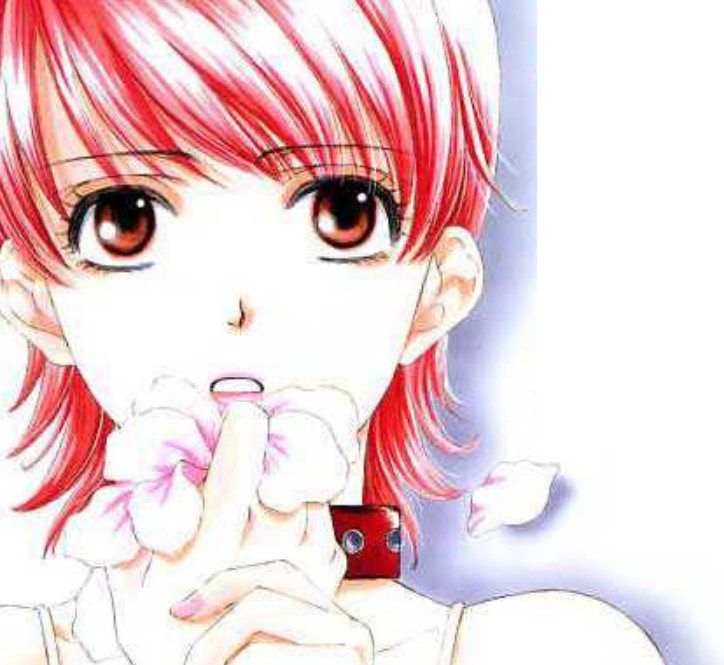 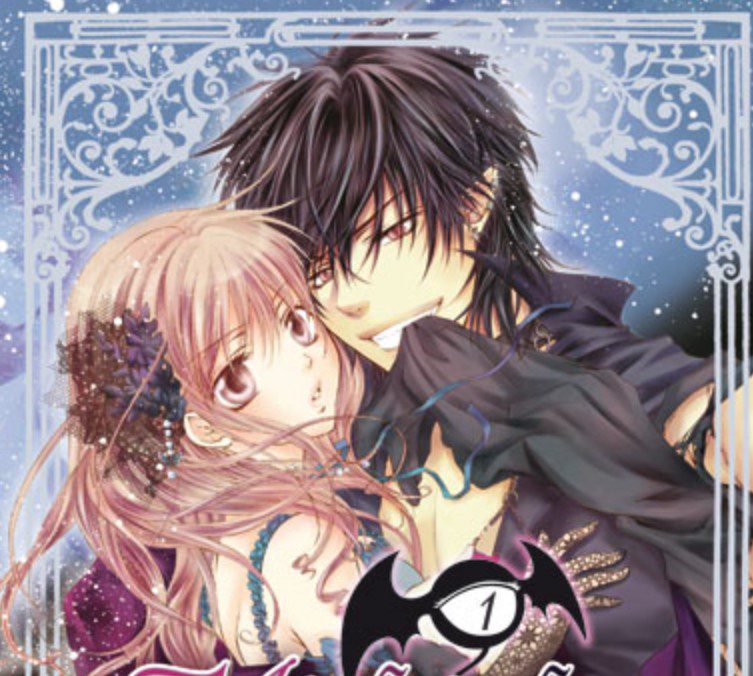 Honey x Honey Drops is also known as Mitsu x Mitsu Drops. Yuzuru Hagino is a slave girl, and her “master” is Kai Renge. Kai Renge is a womanizer who enjoys toying with his “honey.” Most college girls had their expenses paid in full by Kai Renge after he toyed with them. But after he is finished with them, he moves to the next one and throws the old ones away. However, Yuzuru realizes that she has dreams and goals that she wants to achieve, but she first has to excel at her studies. 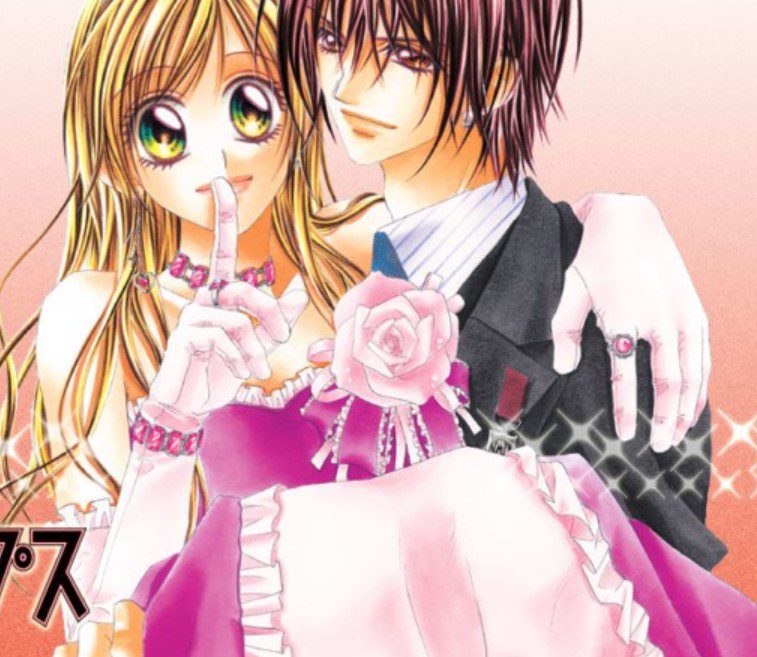 Yuzuru decided to stay away from Kai Renge, which didn’t make the master of womanizers happy since he wanted to toy with her. Yuzuru decided to do everything in her power to graduate and leave college. But Kai Renge is always after her.

The Prince of Estolia Wilfred gets enrolled in Eito University as an exchange student. His gentle manner and noble appearance became the center of attraction on the campus with hysterical ladies’ voices. Miyako is also enrolled at the same university, and for her master’s thesis, Miyako interviews the prince about his great-grandmother. However, when she approaches him, she learns about the prince’s dark side and realizes he is a charming playboy who always wants to make love. 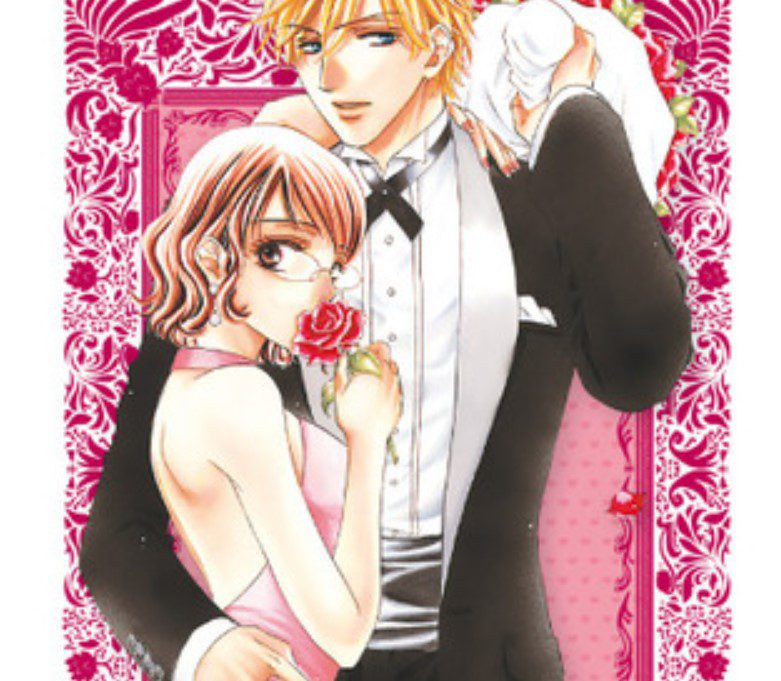 Plain Kaya Satozuki has become a secretary for Kyouhei Touma. Touma is a company director who has a dark side. Kaya thinks that Touma is a lustful man, but she soon learns that there is more to him, and he is a vampire that needs women’s blood to survive. However, Touma doesn’t kill ladies, he seduces them and romantically bites them, and leaver leaves the biting marks behind. 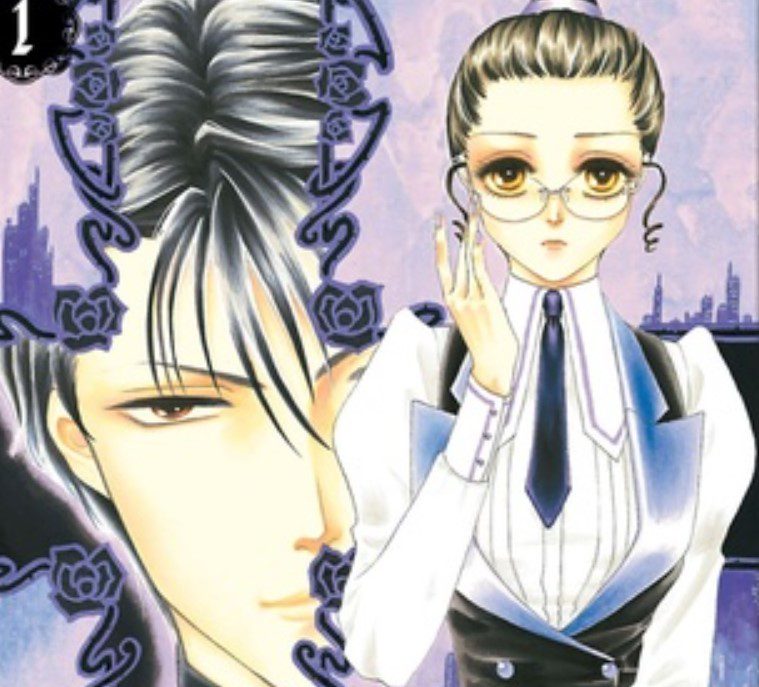 Touma realizes that Kaya knows his secret and tells her to stay on board, taking care of him and her secretarial work. It didn’t take long for Kaya to fall for Touma, and she began to help him feed what he needed. This begins with Touma and Kaya’s relationship. Touma enjoys sucking Kaya’s blood, and Kaya enjoys sharing love with him.

Omari Mio is an ordinary 17-year-old girl. She works as a part-timer and also goes to help her family. One night, Mio encounters a stranger who stole her first kiss on the way to her apartment from work. The guy claims that Mio belongs to him, and that night changed Mio’s life. 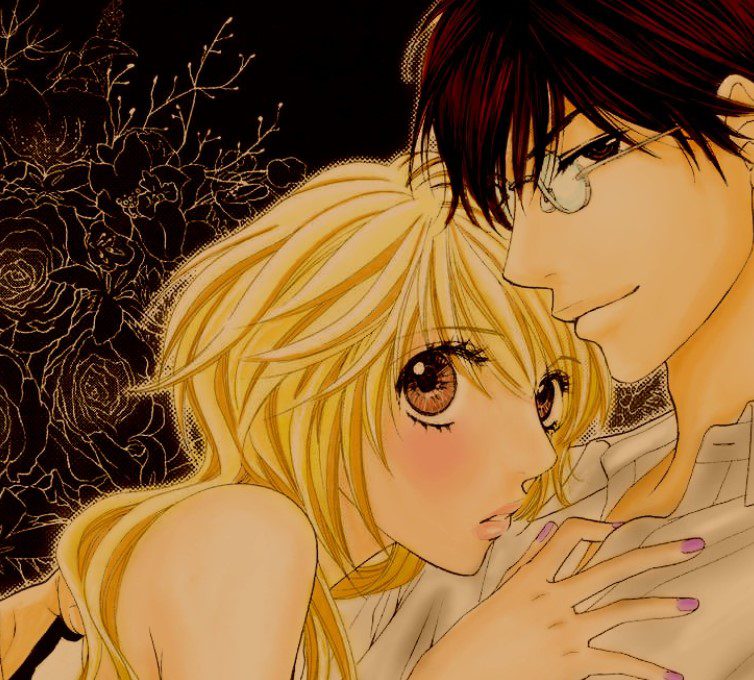 Mio had never forgotten about that night since more romantic scenes happened after the encounter with the guy. However, Mio has to do everything to bring bread to the table for her falling, even though she must end up getting used as a playing toy.

Cosplay Animal reveals the life of 14 years old girl Rika; cosplay is her life. But Rika is not out of high school, where she bears the weight of ambition alone. One day Rika met with a high school student, and they began to get along on an online dating website. 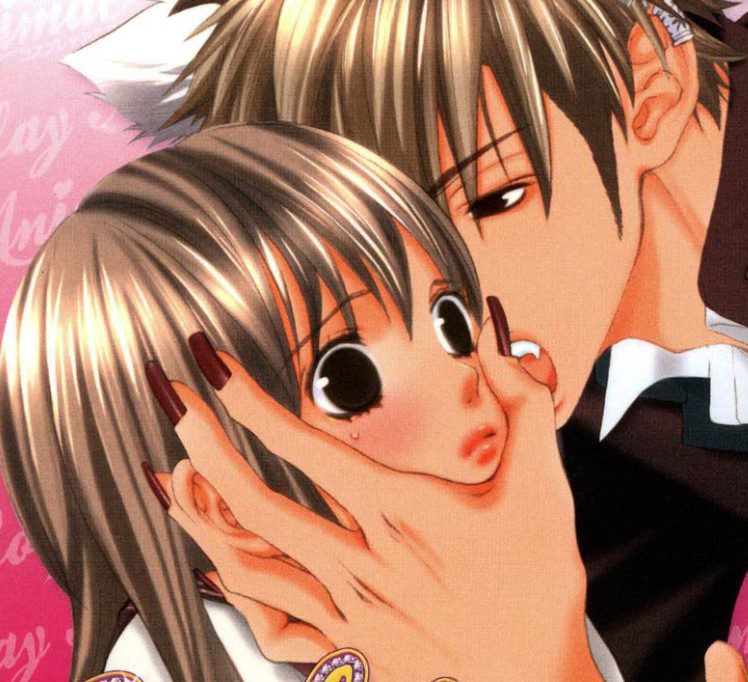 Later she decided to meet the guy who thought Rika was still a high school student. The guy discovers he is younger than Rika, but he is also her type and wonders if Rika can dive into a relationship with him while she is still cosplaying.

Also Read: Best Vampire Romance Manga That You Should Read