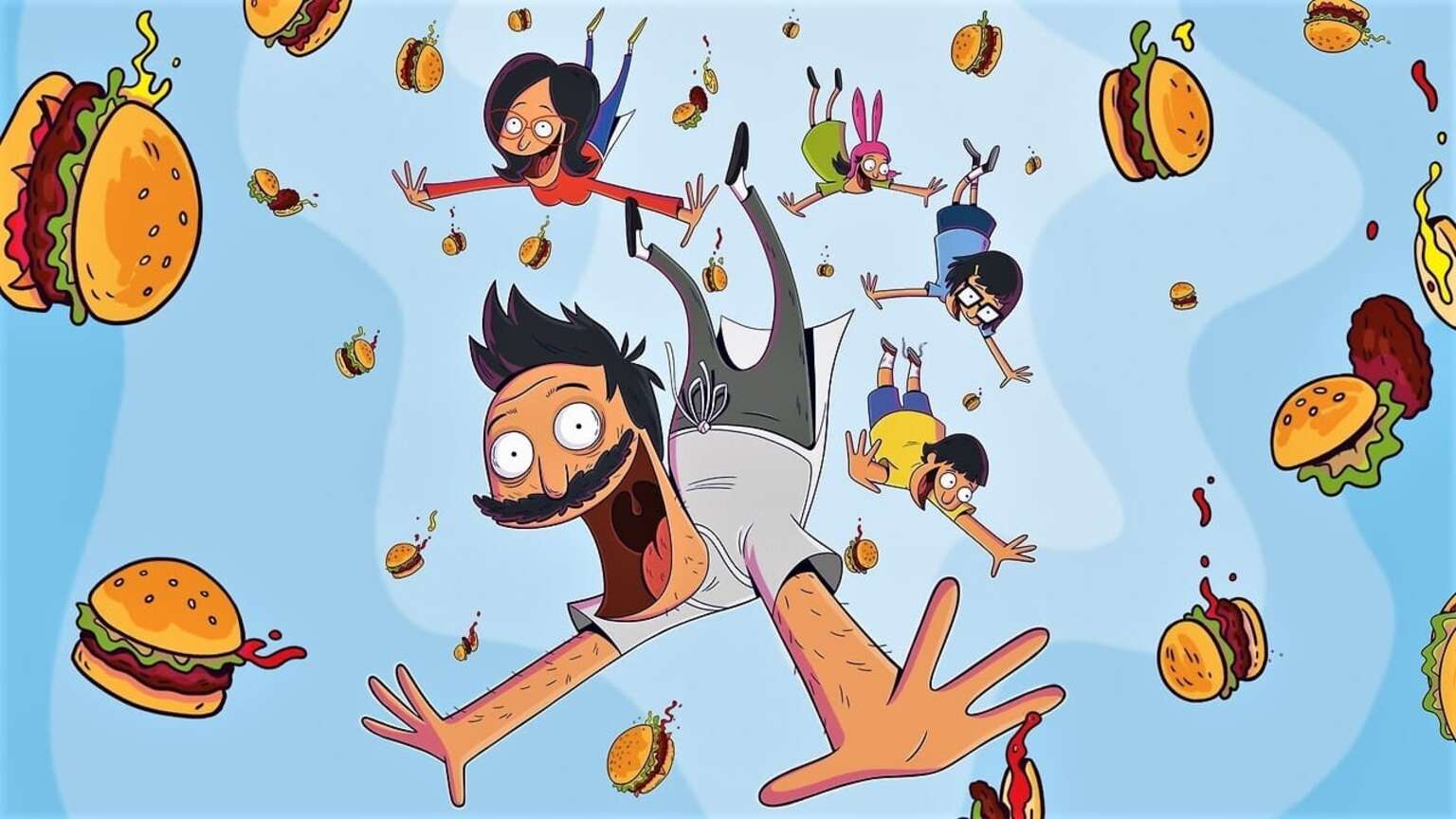 HBO Max is getting ready for July by providing information about the new films and TV episodes that will be joining its library. There is a lot to look forward to, as HBO Max disclosed last week while releasing the whole list of titles coming in July.

There are several things about HBO Max that are exciting. Although the streaming service, which debuted in the spring of 2020, is still relatively new and doesn’t produce as much original content as Netflix, the Max Originals collection is expanding steadily, with several new films and television shows coming to the site this year.

The hugest HBO Max title of July shows up right at the end of the month. With the debut of Pretty Little Liars: Original Sin on July 28, the streaming service will bring Pretty Little Liars back to television. The fourth season of the renowned series Wellington Paranormal will also be added to the HBO Max schedule on the same day.

In terms of movies, one of the most popular action blockbusters of our generation will be returning to HBO Max in July. On July 9, Mad Max: Fury Road will return to the streaming platform. The recent release Bob’s Burgers Movie will be added to HBO Max’s schedule just three days later. On the same day, Hulu will also start streaming the movie.

The South China Sea rainforests serve as the setting for season 2 of the Channel 4 reality/survival show, which throws two fresh groups of strangers against one another. In order to win a money prize hidden atop Fortune Rock, they are given the task of completing a series of obstacles and building a bridge in just 12 days, with little time to prepare. 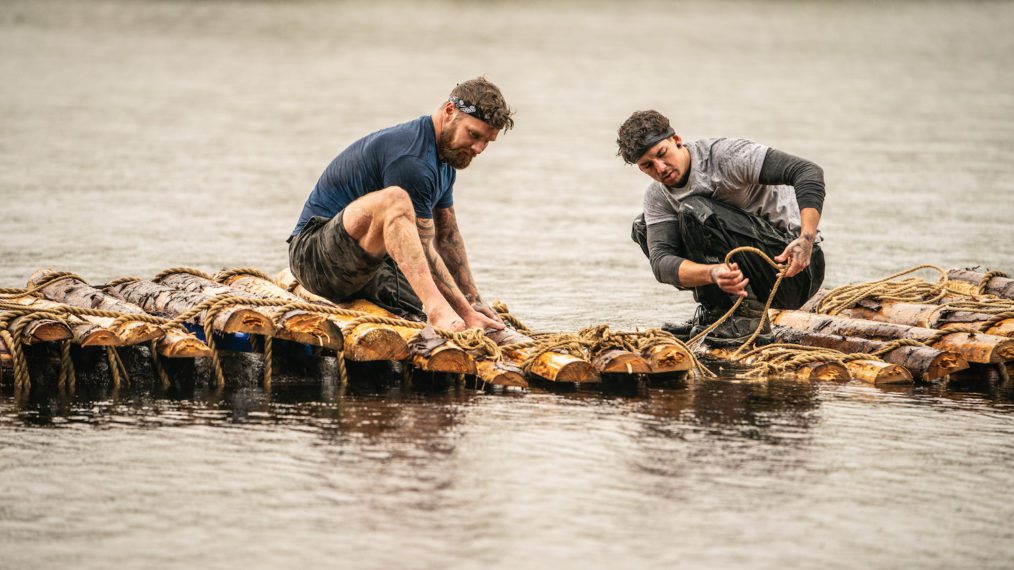 Alba, a high school student in this teen drama in Spanish, discovers that her class’ end-of-year vacation has been postponed, putting a stop to her plans to leave her house. However, when she discovers that a group of her fellow students intends to hijack a van and go on a road trip anyhow, she decides to accompany them and sets out on an unexpected journey.

Murder mystery fans, your attention please: HBO Max is releasing a Chinese-language remake of British Miss Fisher’s Murder Mysteries, a cult classic. The drama, which is set in 1930s Shanghai, centers on Miss S, also known as Su Wenli, a stunning diva who develops an odd partnership with investigator Luo Qiuheng and becomes involved in investigating a number of unsolved killings throughout the city.

Reality shows are a genre that is here to stay. The “dating” show FBOY Island on HBO Max puts three women against a selection of males. There are 24 men in total; half of them identify as “good guys,” and the other half call themselves “F-boys.” Of course, falling in love with one of the men is the ultimate goal. Another good incentive is the cash prize. 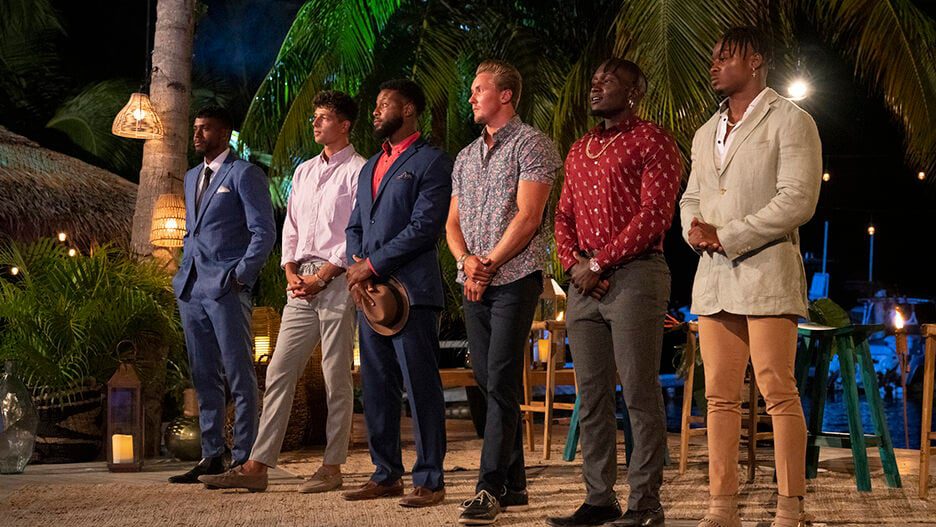 Boy Island’s debut season was a nice surprise. What first seemed to be the trashiest in trash TV turned out to still be the trashiest in trash TV. However, it also demonstrated a more entertaining variation of the dating show antics we’ve come to anticipate from programs like The Bachelor. By incorporating the idea to “separate the fame-hungry guys from the genuinely-looking-for-love guys” into its core concept, the funny dating program FBoy Island opened the lid on how dating shows operate.

The eagerly anticipated HBO series The Rehearsal premieres on July 15, 2022. Since there are just six episodes in the new comedy series, fans can anticipate nonstop laughter. In the new drama, which is about “the extent one man will go to decrease the uncertainties of everyday life,” Nathan Fielder serves as the show’s producer, director, writer, and lead actor. 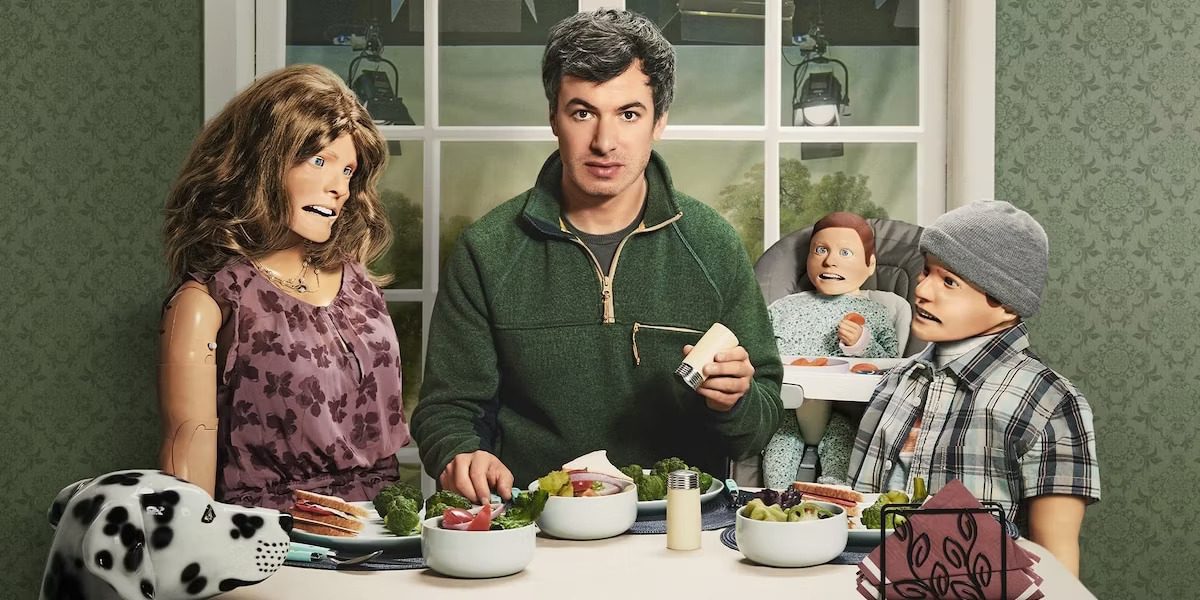 Fielder starred in Nathan For You, a comedy special with a documentary-style format that ran on Comedy Central from 2013 through 2017. Fielder will make his first appearance on television since finishing Nathan For You in 2017. A lot of information about his newest show is still unknown, as the release dates for all the episodes, if it will be a miniseries or a show with numerous seasons, etc. Fielder’s supporters are aware that it will definitely make people laugh.

Rap Sh!t, a brand-new series on HBO Max, is Issa Rae’s most recent project. Two recently reunited high school classmates will be the focus of the series, which will be presented via the lens of Instagram, as they form a rap duo. The pair intends to enter Miami’s party scene and use Instagram Stories and Instagram Lives to document their efforts to become the best. 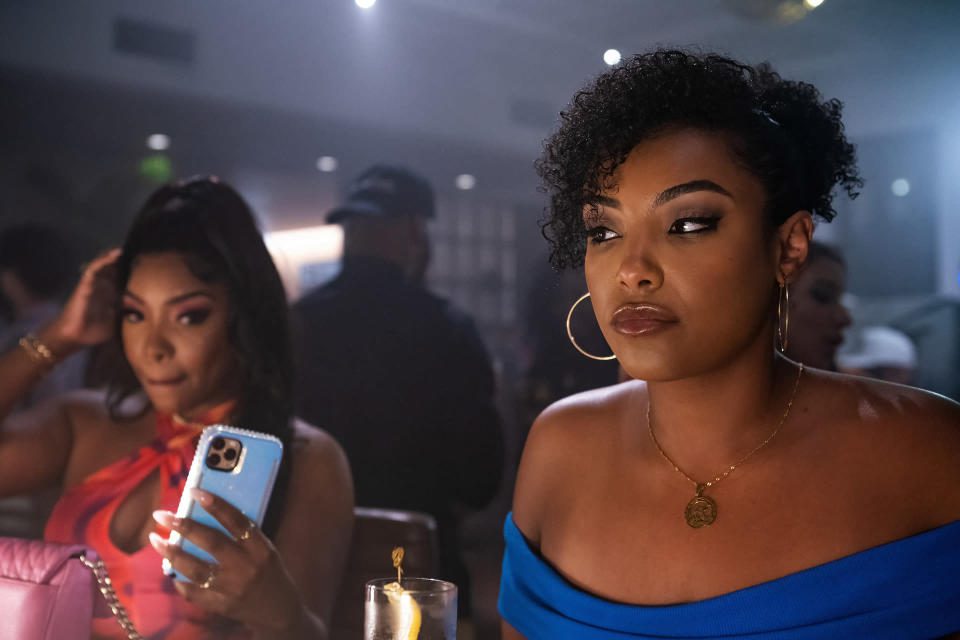 Rae based the new show on the Miami rap duos City Girls, who served as co-executive producers on the show and were made up of Yung Miami and JT. Through the remainder of the summer, a brand-new installment of the eight-part series will air each week. Aside from comedy sequences and music, Rae has been quite silent about what to anticipate in the new show.

The legendary A is back to unleashing hell on a new batch of liars in HBO Max’s most recent Pretty Little Liars legacy, Pretty Little Liars: Original Sin. Original Sin, the third spinoff of the well-received Freeform series, aspires to be more successful than its predecessors by earning more than one season. Since the show’s initial 2020 announcement, fans of the original show have been eagerly expecting more details. Their questions were ultimately addressed when the HBO Max show’s teaser and premiere date were revealed. 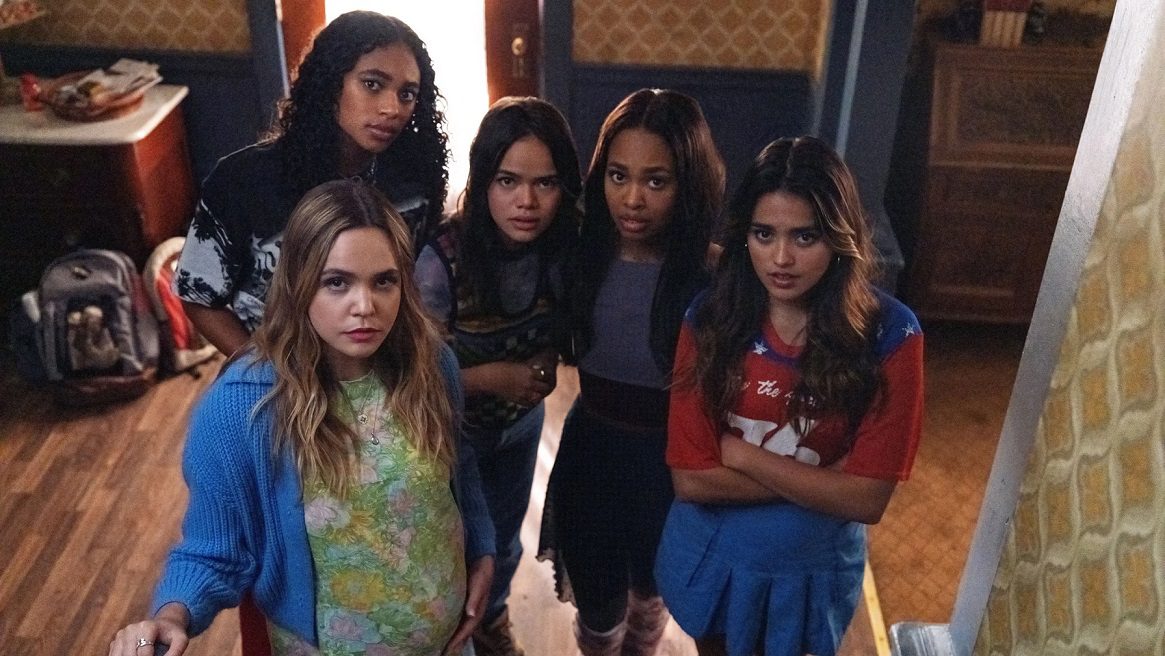 The show will center on a brand-new generation of liars who live in the very same shared universe as the characters from the original series. The darker, more evil version troubles the current generation of liars for sins their parents committed 15 years ago while bringing them face-to-face with a new A. The crew of new liars will be led by horror movie star Bailee Madison as they search for the truth and attempt to outwit A.

This iconic coming-of-age film is ideal for summertime viewing. In the movie What’s Eating Gilbert Grape, Johnny Depp plays Gilbert Grape, a young man who must take care of his mother, who is housebound, and his crippled brother, who is portrayed by Leonardo DiCaprio. Gilbert starts dating Becky, a young woman who is just traveling through town and must balance love with his family’s health. Roger Ebert praised Leonardo DiCaprio’s performance, calling it “both compelling and charming” and stating that it was worthy of the Oscar Award for best supporting actor. On July 1, What’s Eating Gilbert Grape will air on HBO Max. 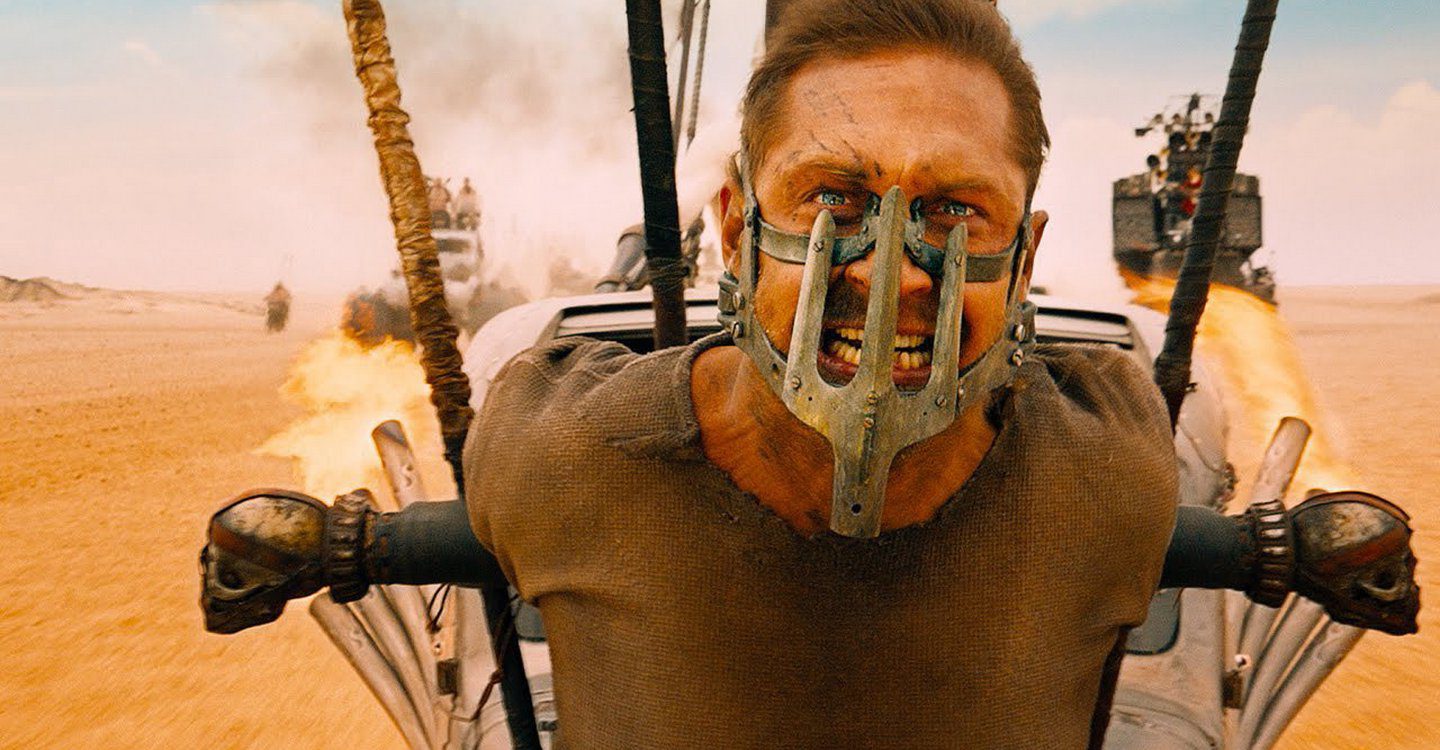 Another movie made for the summer heat, Mad Max: Fury Road depicts a young lady escaping a dangerous leader in a post-apocalyptic desert. Furiosa escaped her home country and is now searching for her beginnings with the help of her fellow captives and a guy named Max. The movie, which also stars Nicholas Hoult, Charlize Theron, and Tom Hardy, continues to have positive reviews on Rotten Tomatoes. On July 9, Mad Max: Fury Road will premiere on HBO Max.

The longevity of Bob’s Burgers is uncommon among animated sitcoms. Of course, The Simpsons, Family Guy, and South Park have all been on the air for considerably longer. However, whereas those shows had bumps along the way in their careers, Bob’s Burgers has maintained a remarkable level of consistency over the course of its eleven years, twelve seasons, and 238 episodes. This is why it shouldn’t be shocking that the first full-length feature movie in the franchise is such a simple and enjoyable experience. 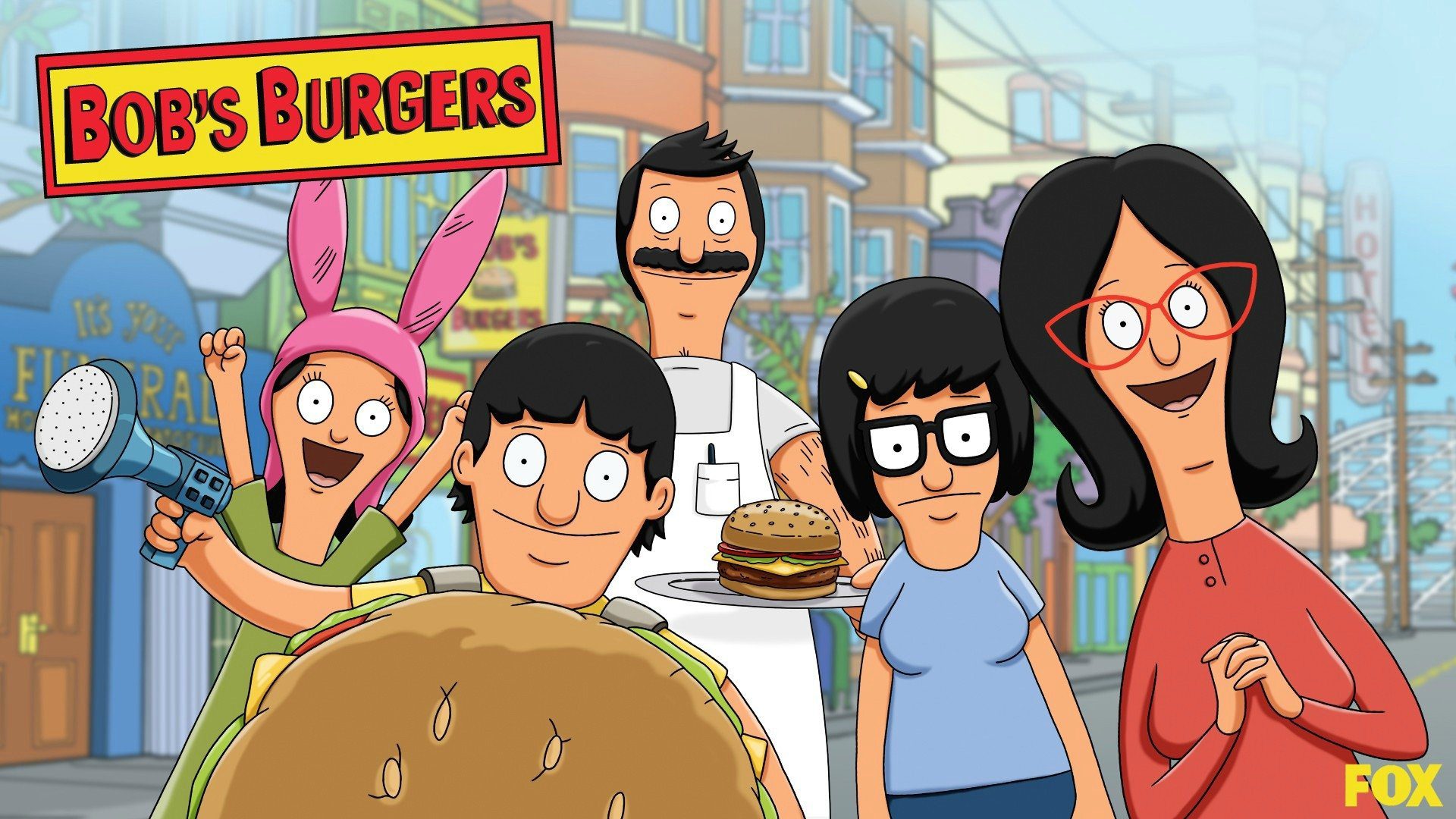 The Bob’s Burgers Movie is a must-watch for any fan of the animated series because it largely maintains the instantly identifiable family dynamics while turning up the gorgeous animation. And while we’d strongly advise seeing this entertaining summer movie in a theater while you still have the opportunity (it’s still playing), we can totally understand the appeal of watching it at home.

You might be doubtful about the adaptation of this adored comedy for the big screen, but so far, The Bob’s Burgers Movie has received positive reviews. The Belcher family’s burger restaurant is threatened by a sizable sinkhole in front of them as well as the bank’s threat to foreclose on them in the musical comedy-mystery-adventure. Louise, Tina, and Gene, the children, come up with a strategy to save the family business and face numerous obstacles in the process. The movie is understandable for beginners, but for those who have watched all 12 seasons, it’s a real treat. On July 12, The Bob’s Burgers Movie will be available on HBO Max (as well as Hulu).

This contemporary adaptation of Godzilla centers on a soldier who becomes trapped in the conflict between Godzilla and two unknown monsters known as MUTOs. In this film, Godzilla serves as humanity’s weapon. The movie features Ken Watanabe and Aaron Taylor-Johnson and features the typical action-movie themes. As of July 16, Godzilla is viewable on HBO Max. 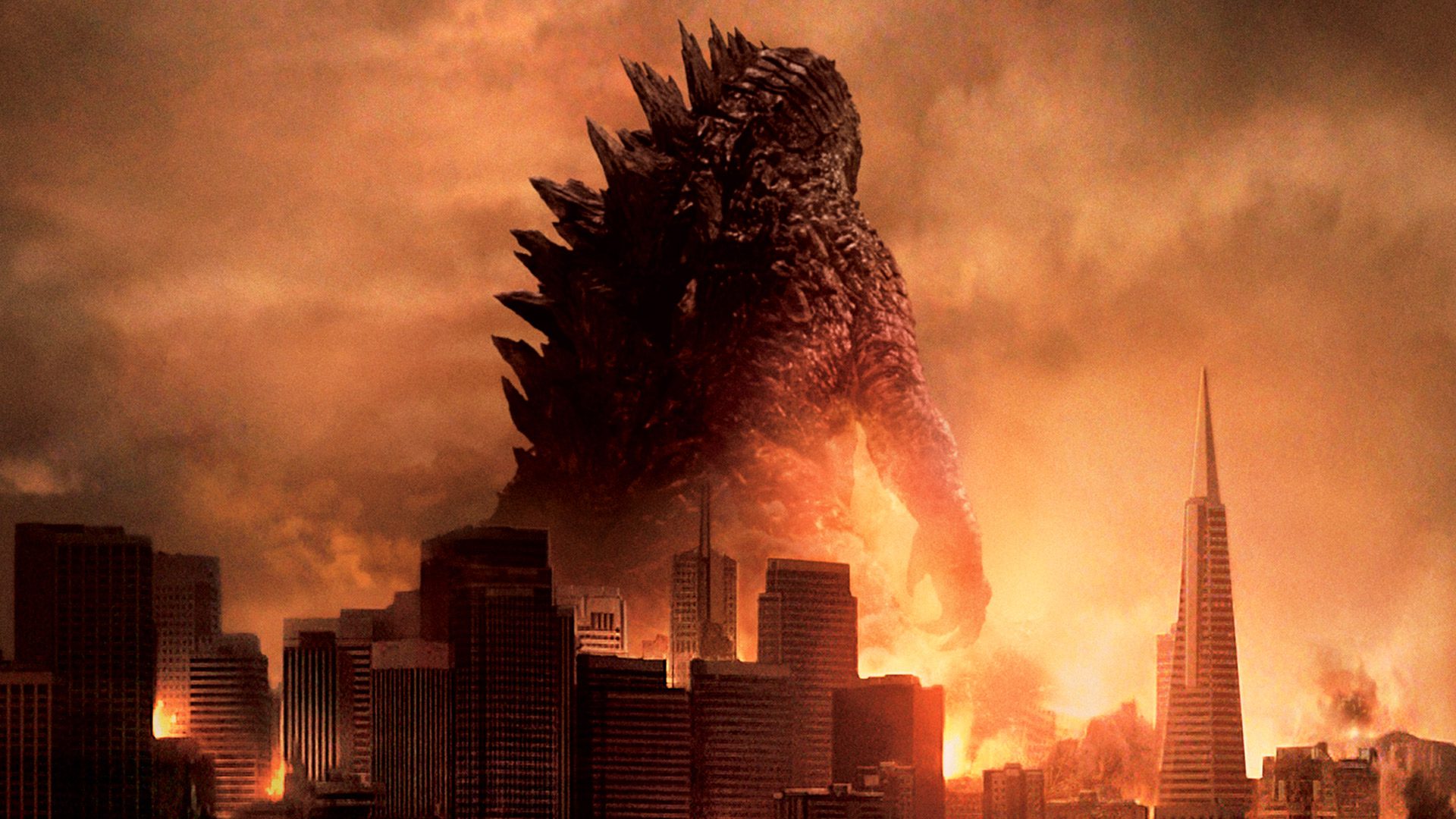 Tv Shows And Movies In July 2022 On HBO Max – Godzilla

Paul Newman and Joanne Woodward were a renowned Hollywood pair before Brad Pitt & Angelina Jolie and Pete Davidson & Kim Kardashian. This new docuseries from Ethan Hawke chronicles their lives as a famous Hollywood couple, who met on set and frequently starred opposite one another.

The new movie Citizen Ashe depicts the life of civil rights leader and Wimbledon tennis winner Arthur Ashe. Ashe’s victory at the 1968 U.S. Open “took place against a dramatic backdrop that featured the killings of Martin Luther King Jr. and Robert Kennedy, anti-Vietnam rallies, and the civil rights movement.” Ashe also opposed the illegal occupation in South Africa and turned into an AIDS campaigner after developing the disease from receiving blood transfusions. Ashe was an activist for several decades before he passed away in 1993 from AIDS. The documentary’s HBO Max debut is scheduled for July 28. 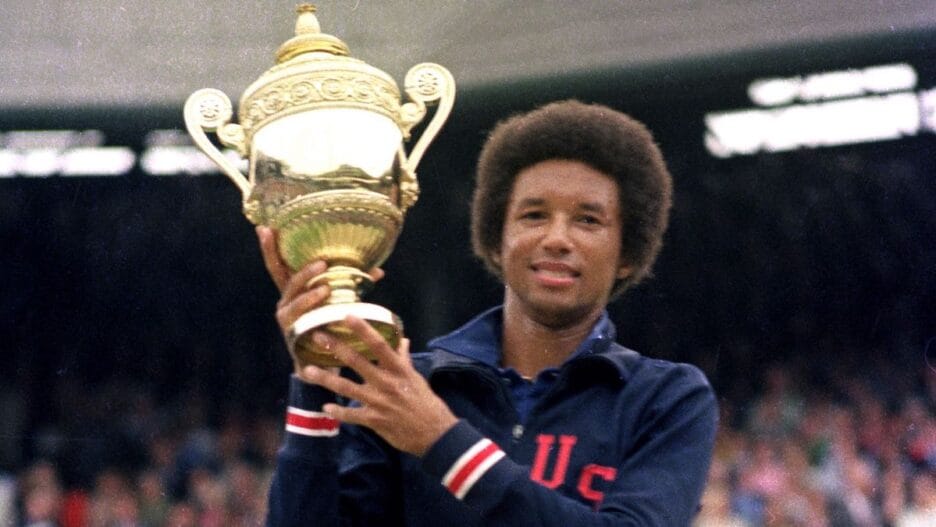 The first House Party has remained popular as a defining classic of a Black film, although its three successors provided diminishing results. That 1990 comedy about two teenagers who throw a huge house party and end up in a world of trouble, directed by Reginald Hudlin and starring the incomparable rap duo Kid ‘n Play (as well as business legend Tichina Arnold), is a triumph, a riotous period that also serves as a loving ode to that particular era.

More than thirty years after its first debut, the movie is currently being remade by renowned music video director Calmatic (who is also in charge of the impending White Men Can’t Jump remake starring Jack Harlow). There is a lot riding on the next remake, as well as a lot to look forward to, with Tosin Cole from Doctor Who and Jacob Latimore from The Chi taking over for Kid ‘n Play. We are looking forward to seeing how the film is updated for the social media era.

While these are just a few of the most popular movies and TV shows that will be available on HBO Max in July, there are a ton of other must-see new releases that will keep us engaged all summer long.

Here are all the Tv Shows And Movies In July 2022 On HBO Max: