One of the most watched comedy television shows, namely Loot, debuted on June 24, 2022; within the first few episodes of its premiere, this show gained so much popularity that a new season was added. The Loot Show has finally begun, and a few parts have already been aired. After the last episode’s airing, fans of this series were so amazed by it that they immediately began asking about the Loot Season 1 Episode 7 Release Date. When will the seventh air? This article will explore everything about this comedy show and look into the Loot season 1 episode 7 release date.

Starring as Molly Novak is Maya Rudolph. Loot follows Molly, the separated wife of a computer millionaire who is now $87 billion richer in the movie Loot. Within the opening 10 min of the very first episode, Molly discovers her partner has been having an affair, setting up the series’ premise. She is married to a tech CEO who is extremely wealthy and worth billions of dollars.

After getting divorced and struggling to find meaning in her life, Molly commits herself to volunteering for a charitable organization she had no idea she owned. Molly discovers there’s more to life than luxury parties and spa days as she meets her cousin Howard (Ron Funches), Sofia Salinas (MJ Rodriguez), executive director of the Wells Foundation, accountant Arthur (Nat Faxon), and her devoted aide Nicholas (Joel Kim Booster).

In addition to receiving a divorce, Molly now has $87 billion. The episode depicts Molly as she decides to use her money to benefit a foundation established in her honor, moving the plot toward commonplace themes found in workplace comedies.

Loot Show fans are looking forward to the upcoming episodes after the final episode left them on the verge of death with curiosity. This may be the cause of the large number of people looking for Loot Season 1 Episode 7. On Friday, July 22, 2022, at 0:00 PT, this seventh episode, “French Connection,” is slated to debut on Apple TV+. Each new episode of this comedy series will be broadcast weekly until Friday, August 12, 2022. One of the primary reasons Loot has been able to amass such a following is due to its compelling plot and humor. 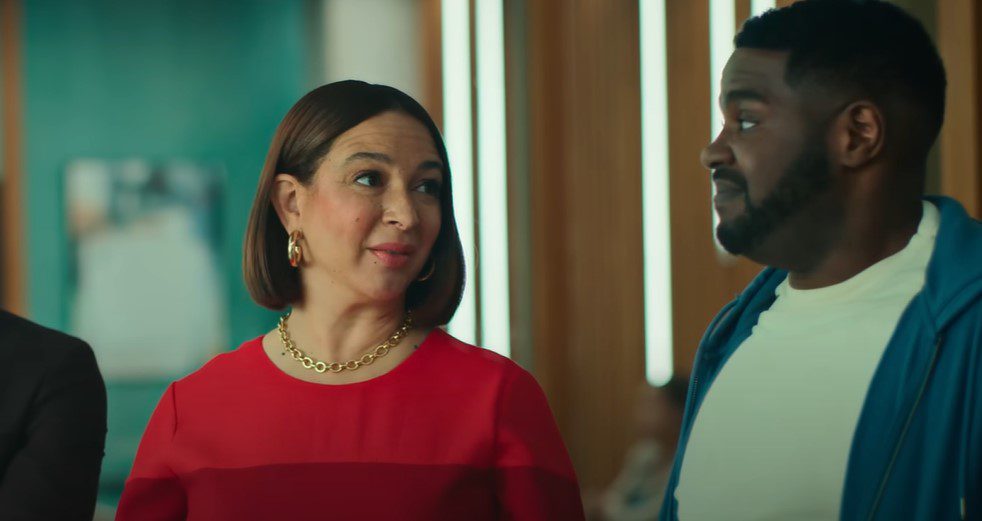 What To Expect From Loot Season 1 Episode 7?

Molly and the staff of the Wells Foundation attend a banquet in Loot TV series Episode 6, where Molly receives a charity award and then presents it to her staff. She also meets Jean-Pierre, a French billionaire. The following episode picks up where the previous one left off, with Molly and Jean-Pierre going on a date. Nicholas appears to be heading for an important audition as well. Howard might begin to reflect on his actions and consider the big picture. The most anticipated is Sofia’s possibility of receiving a job offer from another organization.

We saw in the previous episode that Molly was also recognized for the Philanthropic Humanitarian Award after giving unsolicited financial gifts to 150 charities in California. But in the end, she didn’t accept the award as she didn’t deserve it.

Where to Watch Loot Online With English Subtitles?

Loot is available to watch on the Apple TV app with English subtitles. A free trial of seven days is offered for new signups. You can easily watch the show if you already have an Apple TV+ subscription. The Apple TV app is available for the Mac, iPhone, iPad, Apple TV 4K, Roku sticks, Amazon Fire TV, smart TVs, PlayStation, and Xbox, among other devices. You may also watch on tv.apple.com using a web browser. An expanding library of Apple Exclusive TV episodes and movies is available on Apple TV+. Here, you can view every feature offered by the service.