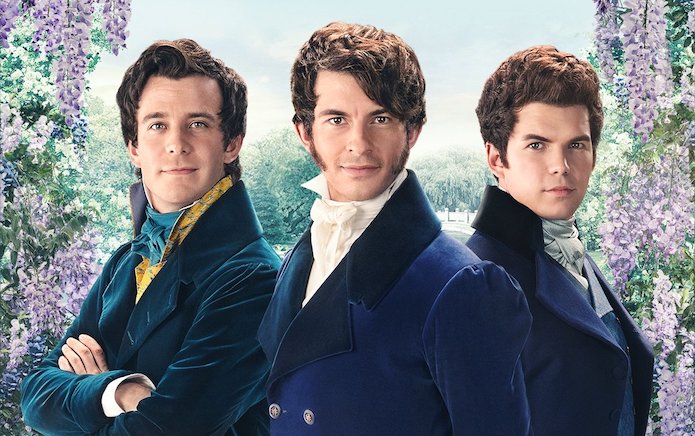 Well, well, well, Bridgerton, an upcoming series on Netflix, seems to be quite ahead of its time. It features actress Shonda Rhimes. The series will release on the platform its brand new second installment. It is an upcoming American period romance television drama that has been created by Chris Van Dusen. The producer of the series is Shonda Rhimes herself. The release date for the series is set to be the 25th of December 2020.

Despite the fact that we have not even received the first installment yet, talks about a potential second outing was happening in the news for a long time. Apparently, you guys should all know that the production of the second installment started back in the Summer of 2020. Alike all the other shows present on Netflix, the production process on this one too was halted. Although, according to a variety of sources, it is scheduled for early 2021.

A still from the upcoming show Bridgerton

Bridgerton season 2 ― What will this outing be all about?

All this while, it is pretty hard to discuss what lies in the second installment when the first season has not even released yet. Although, this is not the case with Bridgerton. This show is actually a result of one of the deals that Shonda Rhimes had with Netflix. We have previously seen Shonda work on the set of Grey’s Anatomy as well as How To Get Away With Murder. She is popularly known for creating intense drama series that run for a long period of time.

Thus, it is generally not a surprise that Bridgerton will also have a variety of installments. Rhines actually had a deal with ABC first but later it moved over to Netflix. It is also considered to be the most expensive deal that has ever been made in the history of Netflix. The news for Bridgerton season 2 goes back to February of 2020 but later it was decided that the filming is going to start in July of 2020.

Bridgerton season 2 ― Production will start in March of 2021!

But because of the pandemic, nothing went according to the plan. Well, as of right now, reports have come out suggesting that the filming date for the series has now gone over to March of 2021. Thus, there will be no surprise that Bridgerton will have many seasons. After all, you guys should know that the story is based on the 8 books. Also, you all should know that there is no official confirmation about the second season of the show from Netflix or Shonda.

Although, according to Production Weekly, the second installment of the show has been renewed. Also, even a filming location is listed under the section which is Uxbridge. Also, before we get any further and increase your anticipation levels, you all should keep in mind that we still have a fully-fledged season 1. The show is supposed to collab between Downtown Abbey as well as The Crown. This makes it even more appealing. The show has adapted its tale from the novels written by Julia Quinn. It throws the entire spotlight on the story of a Regency London high society.

Also Read: Selena: The Series Season 2 to focus on the Star’s Relationship with Chris Pérez