On the Face of It

On The Face of It is a short story written by one of the most talented British authors, Susan Hill. Otherwise known as Dame Susan Hill and Lady Wells, she was born on February 5th, 1942, in North Yorkshire, England. She has been celebrated for her inspirational and, most of the time, intriguing stories that aren’t simply a point of interest for young adults and children but for aged readers as well.

Most of the stories are written in fable style, making it a great way to incorporate more moral-based lessons in her writing and convey her messages through her exceptional writing and emotional character buildups. The readers often find it very easy to connect to the characters that are written by Hill for their realism and portrayal of actual situations that many of us have faced in our lives.

On The Face of It, is a commendable example of such stories written by her, along with her other notable works like I’m The King of The Castle and Albatross. Later in 2004 kept her creative spark alive by writing crime fiction that went on to be appreciated critically. In the year 1990, she founded her own printing press that she proudly named ” Long Barn Books“. Summary of On The Face Of It

Hill’s masterpiece story is the depiction of how human insecurities and inferiority complex can easily cut them from social situations, and people may often force themselves to stay back at home, hiding instead of indulging in social life. On another side, it also displays the mental anguish and emotional pain that a person with some sort of disability or impairment lives in their day-to-day life.

Derry is a fourteen-year-old boy who spends every moment of his life hiding his face and avoiding any kind of social situation. The reason for his reluctance to show his face is that because of the fact that one side of his face is burnt and disfigured.

The story portrays his loneliness and his resentment toward the world. He lives in constant paranoia that everyone is gazing at his burnt face and talking, laughing and discussing him only. His face is described to be “A face that only a mother can love” which often at times infuriates him, and that is why he keeps his distance from the world. He is shown to be defiant and works upon what his heart desires.

On one fortunate day, he finds himself in the garden of an elderly man named Mr. Lamb. He finds it suspicious that he always keeps his doors and windows open. They slowly and steadily develop a bond as Mr. Lamb talks to him about life and people. Mr. Lamb has a leg of tin and hence is also disabled but contrary to the reaction of Derry, Mr. Lamb is far more optimistic and cheery.

Derry is shocked at Mr. Lambs’ jovial and social nature as he interacts with almost everyone, gazes at the trees, and makes his Jam and Honey Candies at his home and slowly involves Derry in the same. Derry finds a sense of comfort and familiarity with Mr. Lamb as he reaches him about loving oneself, being confident, and not being remorseful about his condition. He makes him realize the importance of living life to the fullest and helps him come out of his depressive and isolated state. Mr. Lamb comes along a force of perpetual optimism and warmth that allows Derry to also open up to him and even start taking pride in himself, forgetting his inferiority and reluctance in terms of his face. Both of them are shown with some physical limitations, and both have gone through some traumatic experiences, but their reactions differ majorly.

In the end, Mr. Lamb dies in an unfortunate accident as he falls from the ladder while fetching apples from the tree ironically before leaving Derry warned Mr. Lamb not to fetch the apples on his own, as he might slip and fall. Derry was on the way to Mr. Lamb when he slips and died.

Also Read: All Jane Austen Books To Read In Order

Why did Mr. Lamb leave his door open?

As we know, Mr. Lamb is shown as an optimistic character with the most positive traits who, even after his limitations finds positivity in life. He is shown to be a socialite as he mentions to Derry that he has hundreds of friends. And for the very same reason, he keeps his door open so that at anytime, anyone can enter and come into his home. He enjoys conversing with new people and chatting with his friends. 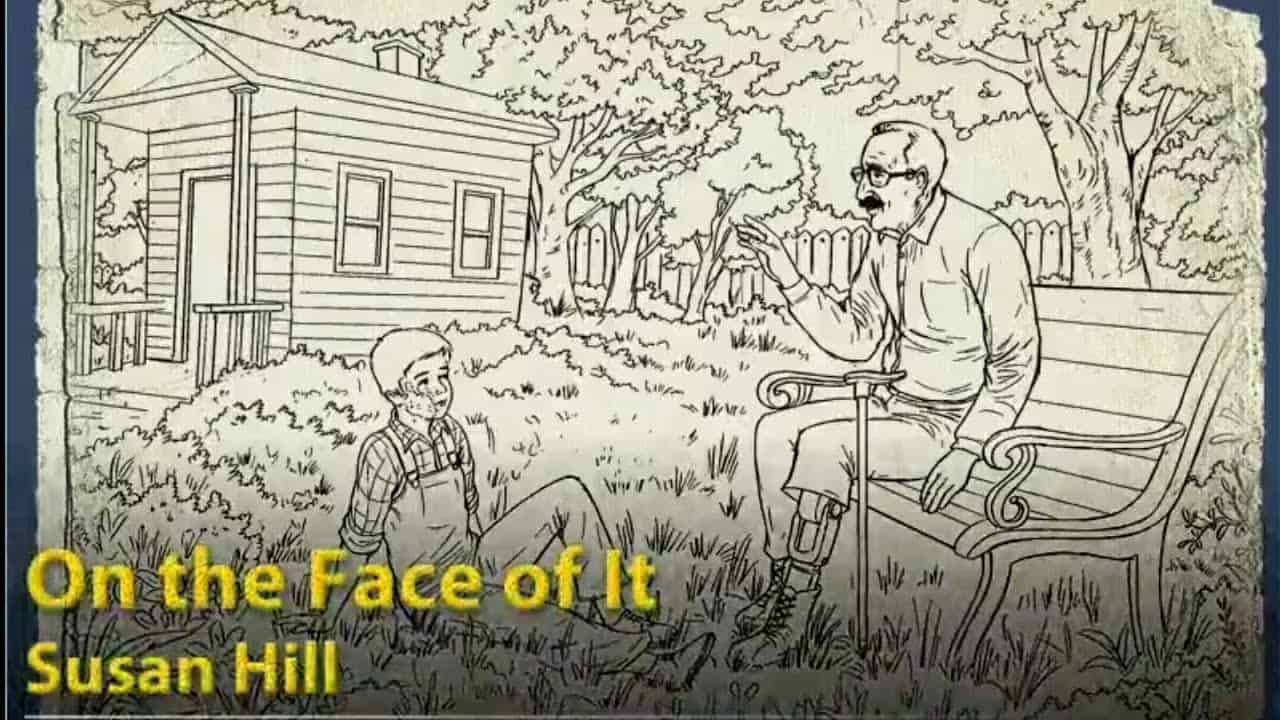 On the face of It

He wishes to see life breathing around him and doesn’t want anyone to turn their way away after seeing his windows and doors shut. He keeps everything open as a form of an open invitation to people to come in, spend some time in his garden, and look at the beauty in his garden.

One of the other reasons for him doing so is also as he is elderly and most of the time, lonely due to his limitations; he wishes to be around people more often to counter-attack that isolation. Living in such a big house all alone with no family is surely depressing for any person, and hence to feel more comfortable, he keeps his doors and windows open.