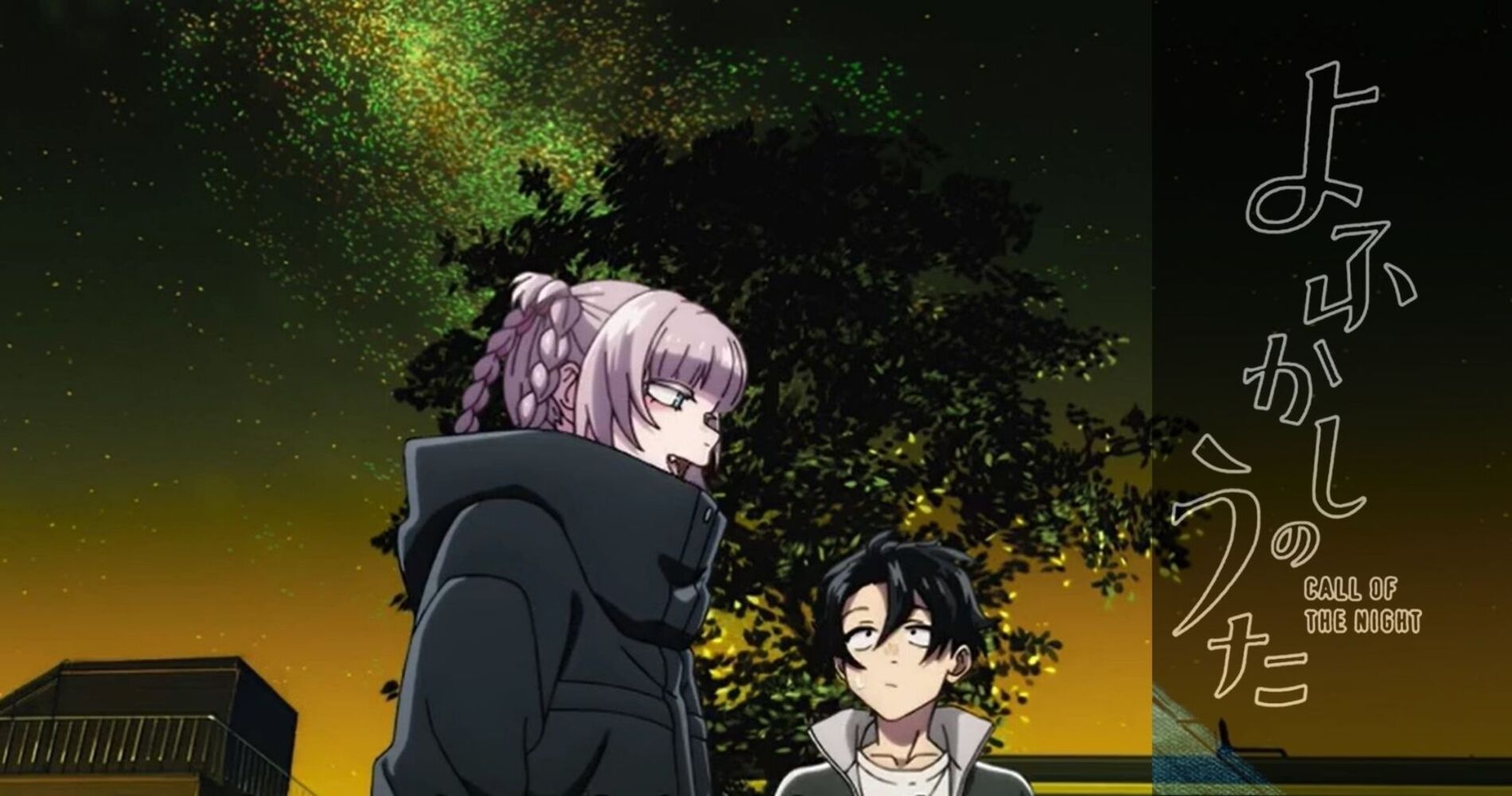 Call of the Night Episode 2 is set to release next week. “Yofukashi no Uta” is a romance anime with some supernatural elements and some exciting fantasy elements, which is inspired by the same manga by Kotoyama. It is also featured weekly in Shonen Sunday. This story follows a boy who becomes dissatisfied with his life and decides to quit high school and wander the streets at night. After meeting Nazuna Nanakusa, Ko Yamori discovers the enjoyable life of walking around at night. In the meantime, Yamori learns that Nanakusa is a vampire; however, instead of being horrified, he finds her attractive.

In episode 1 name “1st Night: Night Flight” we see Nazuna Nanakusa’s character could be described as one of those vampires who just pray on the weekends and has no remorse about getting caught in a flub or a little white lie. It’s pretty cute how she responds to it when she’s waiting for him to fall asleep, he says that he’s a good fake sleeper and he stood up and sucked his blood and she loved that, and when he wakes up and catches her and she says, “Oh, it was a mosquito.” It was interesting episode fans are looking forward to episode 2.

Call of the Night Episode 1 Review

The first episode is interesting, the directing in this episode is how it constantly emphasizes how beautiful nighttime is to the main male character. For his first time out, he gets beaten into his skull for doing something he’s supposed to never do, and then he sees some drunk people waiting for their bus to go to bed next to this cute girl and then flies in the sky. What it’s trying to say is that the nighttime brings out a different side of people. Why do people stay up late? It’s because the daytime did not fulfill them, so now their nighttime adventures begin. As for character actions and motivations in this episode, they’re not overly complex, but they’re simple enough to be compelling. Let’s let the nighttime take over the world and that’s why the visual storytelling is so engaging with so many uses of colors and lighting effects that captivate you before you even hear the dialogue. 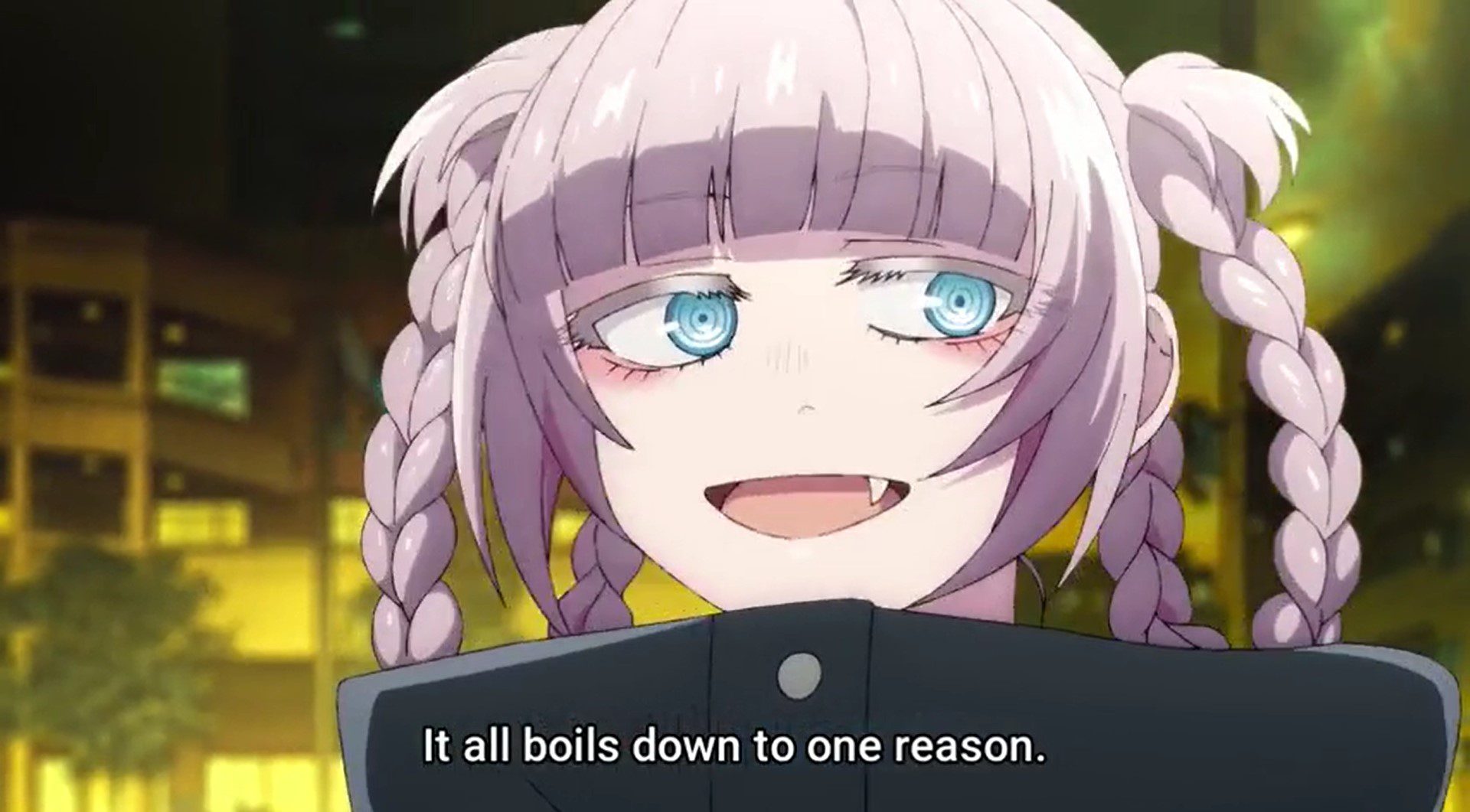 As soon as the character says that nighttime is better than daytime, I knew there’s no way the daytime visuals are going to match up. They almost had two different styles in terms of lighting effects and colors, but it blended so well once it started. I think those purples and the pinks would more than fit into any cyberpunk neon Tokyo-style anime, just add some gritty action and you’re pretty much set. There’s just something ominous about that art design and color palette. However, god damn do I want to see more and then they sucker punch you with this use of yellows and lighting everything up in such a way to make everything pop. This is a standard directing technique anime studios use when they don’t want to animate or just want to make things easier to use. 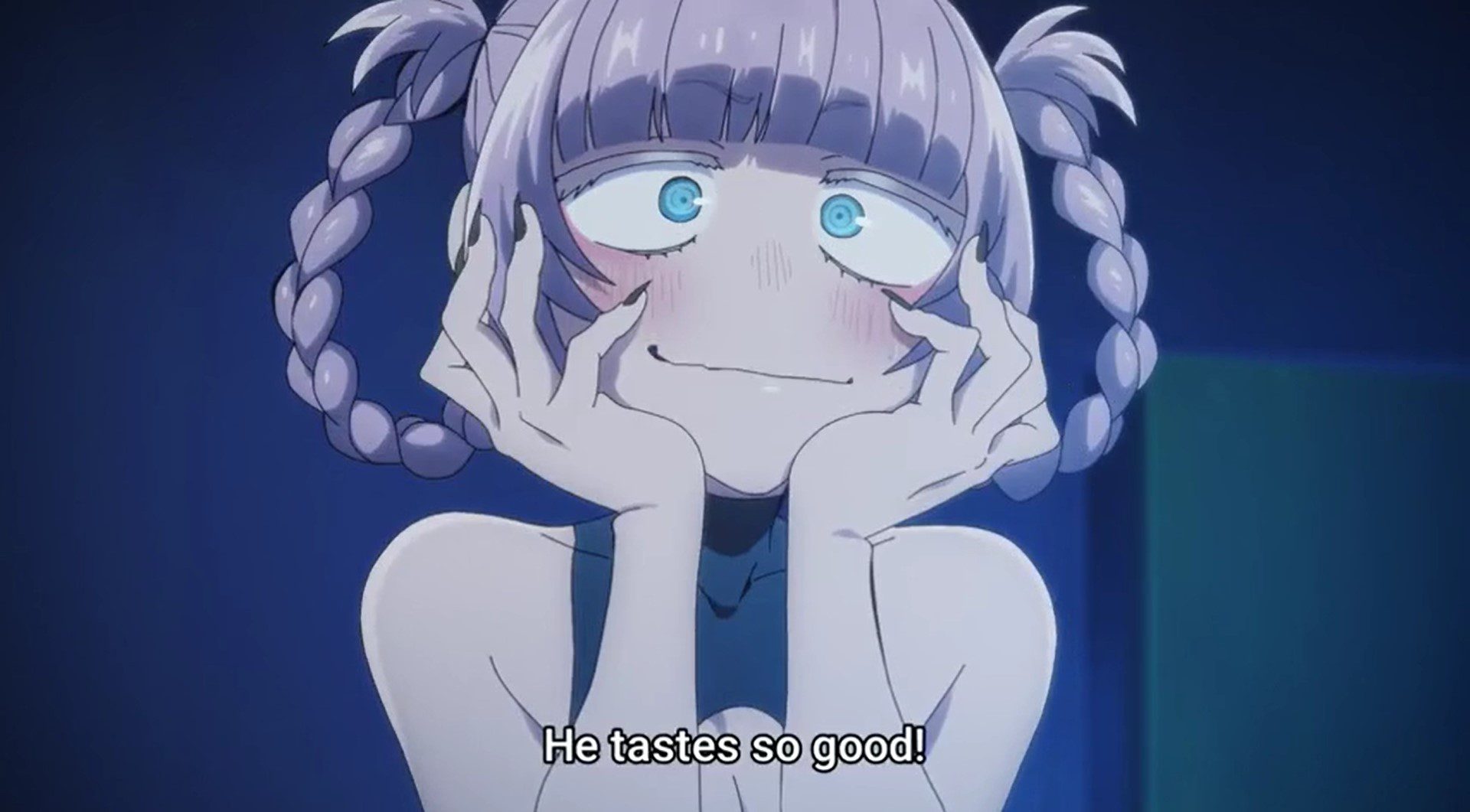 Rather than having characters stand around talking, they’ll show you the background Occasionally, they’ll focus on the swing set, other times they’ll focus on the garbage can. Still, I prefer seeing the general background when it’s not the characters talking Rather than seeing the characters half the time, I’m more likely to see their expressions, like if they’re laughing or flustered. Sometimes it’s just character chit-chat like characters just hanging out.  Having such a vivid color palette, such a well-drawn background, and such an interesting landscape is something you can’t resist. Every so often they give you wider shots, and they’re not there to ignore the characters but to further enhance what they’re saying.  honestly, there are so many best background visuals I’ve seen in a long time I’m not going to overreact and say is the best thing I’ve ever seen visually but in terms of if I was to make a modern anime. 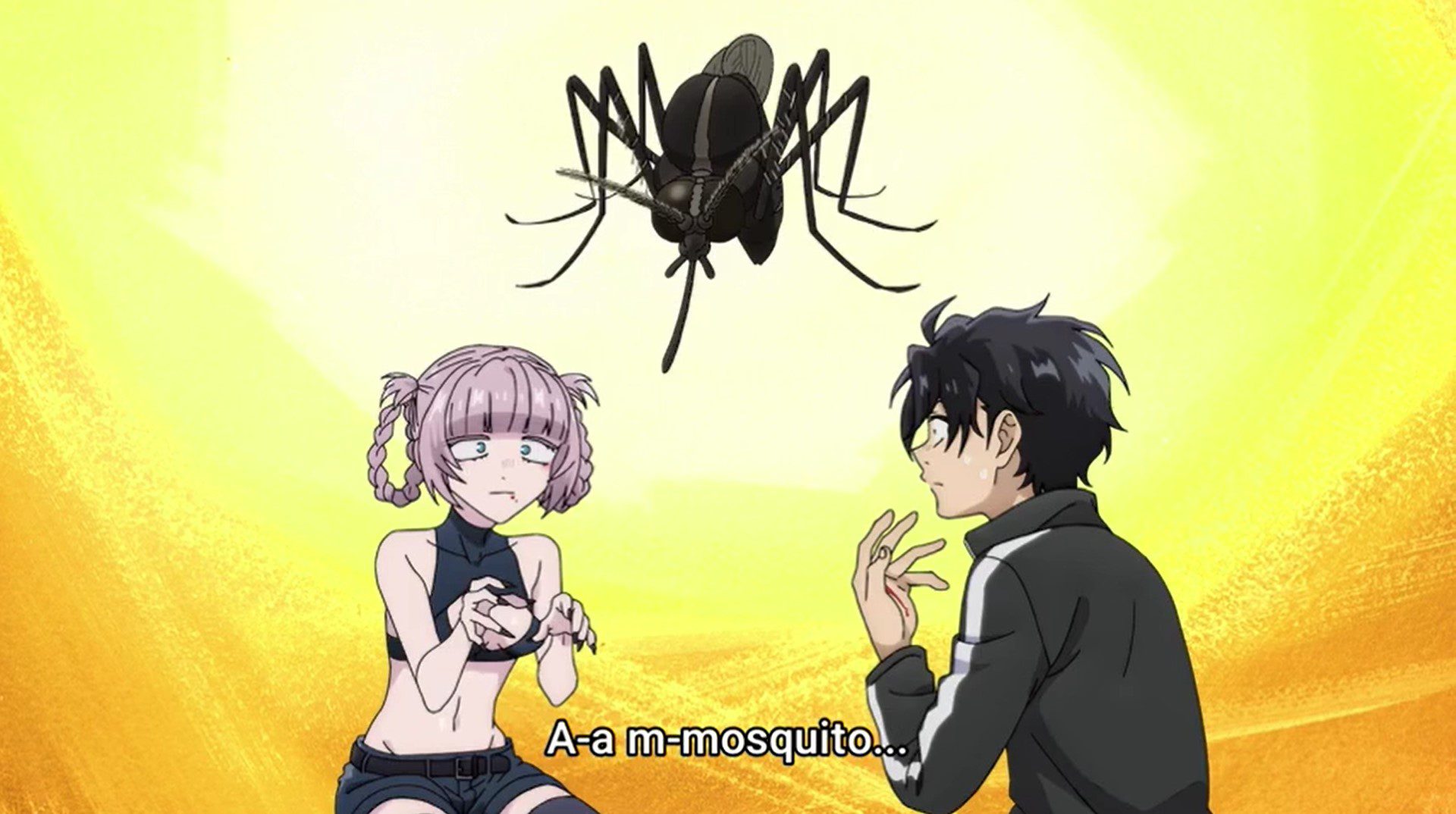 Nazuna Nanakusa and Kou Yamori From

It does a great job of making us feel mesmerized that we’re not just following a vampire; she’s a cute vampire, therefore, she’s completely telling the truth, you’re seeing the beauty of the night, and the fact that a drunken bus stop and going to bed is compelling that’s fantastic.  This episode gave us a bit of insight into our main character and his sort of fake life as well as how he struggles to fit in and has trouble fitting into the idea that he doesn’t understand love despite being asked out by a girl. Lastly, a bunch of people comes in like what are you doing, and you get a good picture of what led him to live such a separated lifestyle to now basically living at night and trying to find a new place to call home.

Where to Watch Call of the Night Episode 2?

Fans can watch Call of the Night Episode 2 on Hidive and the previous episode.