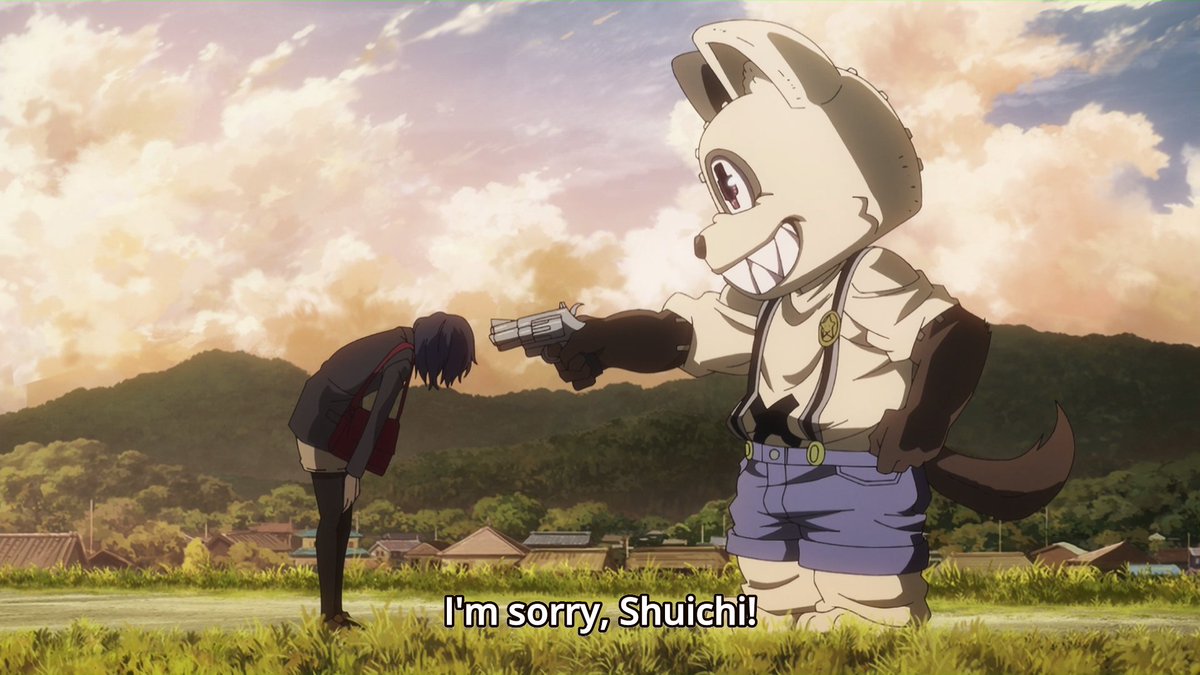 Gleipnir, a pretty dark show about some pretty dark people. Before getting into the story, let’s talk about the manga. The manga is written and illustrated by Sun Takeda. Serialized by Kodansha, who is responsible for some of the greatest manga like AoT, Gleipnir first started off in October 2015. It was soon adapted into an anime series of the same name and aired from April to June in the otherwise disastrous year 2020.

Gleipnir is clearly not a show for everyone. It has many things mixed up in it and can be a disturbing watch, to say the least. The characters appear to be half psychopaths, if not straight-up monsters. There are things the first season does not fully explore, and there are countless eerily uncomfortable moments. But without further ado, let’s dive into the details of the mess that is Gleipnir.

What Is It About? 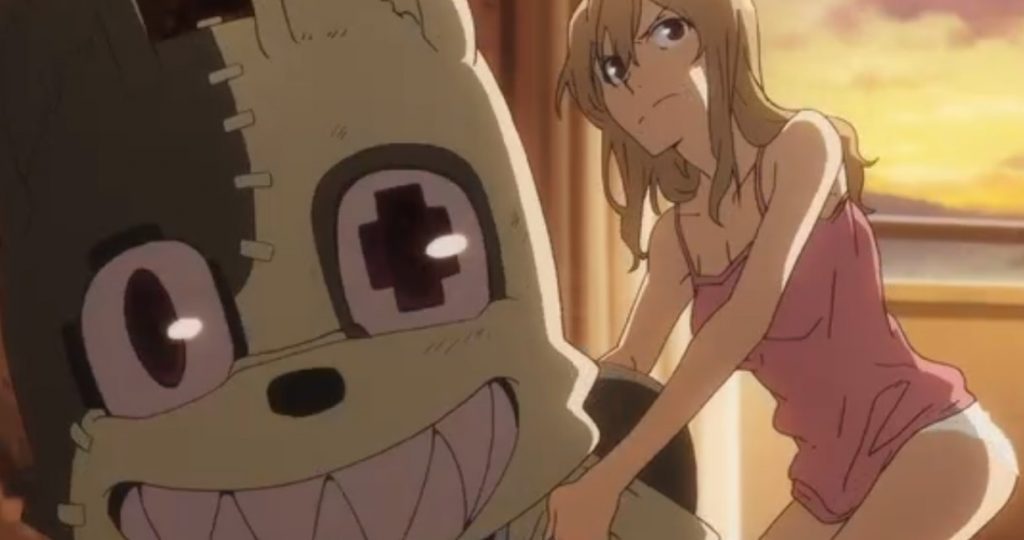 As mentioned before, Gleipnir is hardly for the faint-hearted. It tells the story of one Shuichi Kagaya, who can transform into a monster. You heard that right. He can transform into this stuffed toy-looking monster for reasons unknown even to himself.  Apart from this ability, Shuichi leads a pretty normal and mundane life. He would prefer no one finds about his frightening and ironically funny abilities. However, as all stories go, this one also has a twist.

Shuichi’s life takes a turn for the worse or more bizarre when he comes across a burning building. To save a girl from the fire, he dons his monster avatar and dives in to save her life. In the process, he drops and forgets his phone. This leads to future events as the girl he saved, Claire, hunts him down. She confronts him about his abilities, but Shuichi straightforwardly declines all.

Read:   What To Expect From Plunderer Season 2?

Things get edgy when she literally tosses him off the roof to prove that he is a monster. With no other choice for survival, Shuichi transforms to save his life. Claire gets her answers and her proof of his identity. She asks him to help her find her sister, who is also a monster. She holds her responsible for the death of their parents. She also wants to know more about monsters and their world from Shuichi, who is obviously clueless about it all.

Is It Worth Watching?

Well, the answer is sort of difficult. If you enjoy body horror, nudity, and straight-up grotesque scenes, then Gleipnir would please you, to say the least. Apart from that, there is very little pleasing about the show as a whole. While it has a promising and gripping premise, it does little to deliver it well. The show boasts great fan service as Claire is half-naked in most of the scenes. However, it seems to lose its way because of this.

Many aspects are left undiscovered. Much time is spent on exploring Claire and Shuichi’s relationship, which is clearly meant for doom and nothing else. As mentioned before, the first season aired in 2020 and has 13 episodes. So this is one anime that would be quick to finish. However, be aware, it can disturb you. Many have claimed that it is the kind of show that made them want to turn their screens off. So clearly, not a show for everyone.

Where are we in the story right now? 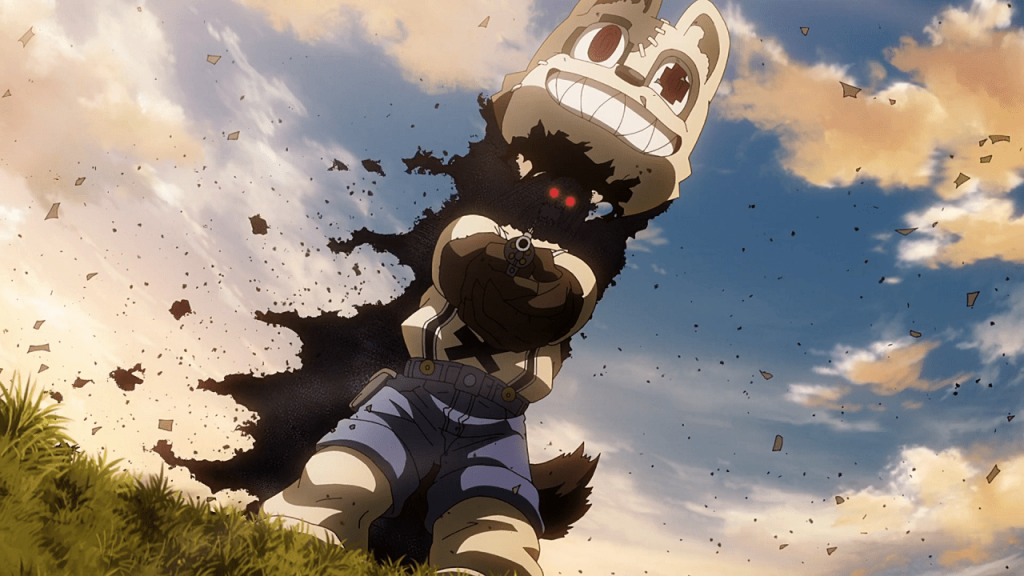 The final episode saw a lot of confusion for the main characters and a hell of a lot of memory manipulation. Elena erases Shuichi’s memories of his parents being killed off. The ghostly girl was the one responsible for all the mess, but Elena can’t afford for Shuichi to know that. The main thing is if he remembers, he dies. Kaito had been using the girl to keep everyone away from the alien ship. Shuichi already seems aware of the ship, and he would be targeted if he remembers. Hence the only way to save him is by making him forget. He is confused but stubborn, so Shuichi enters the mountains yet again with Claire and Sanbe.

Read:   20 Facts About "Death Note" You Should Know