The One Piece Chapter 984 is scheduled to release on July 5, 2020, on the official sources. However, the whole chapter was released on the internet almost 3 days prior. One Piece is published in the “Weekly Shonen Jump” every Sunday. The manga was on Haitus for the previous week. As there was more time on hand, the chapter was ready. It got leaked everywhere before the magazine came out.

Page One and Ulti who ran into Straw Hat Luffy received a beating at the hands of Luffy and Yamato. Despite that, they recovered. Page One orders his subordinates to go after Luffy and Yamato. These two have stopped fighting among themselves. Luffy wants to hurry and fight the beast pirates. While Yamato wants to talk. Ulti also pointed out that Yamato’s Thunder Bagua was not as powerful as Kaido. When Page One arrives where Luffy and Yamato are arguing, they had already disappeared by throwing a smokescreen.

At the Skull Dome Live Stage, Momonosuke is held on a cross to be executed at the hands of the Orochi. He wants to end the bloodline of Kozuki Oden. But Robin and Jinbe have infiltrated the ranks of beast pirates in their disguises. Jinbe advises Nico robin against any sudden moves. Instead, wait for the samurai to come. We see many Samurai that watch the son of Oden tortured on the helm. They are sure to make a move soon.

Law and the other Samurai head towards the back of Onigashima to infiltrate the castle from behind. This would take the beast pirates as a surprise. When the submarine surfaces, there is snow and the tides are high. Law uses his “shambles” technique to teleport everyone important to the island. Nekomamushi along with Marco and Izo from whitebeard pirates have also arrived at the rear of the Island. Marco hints of a mysterious shadow in the sea. I wonder what’s that about. Turns out the captain of the 16th division of Whitebeard Pirates Izo is the brother of Kiku, the female samurai the Luffy and Zoro met in the outskirts of  Wano. 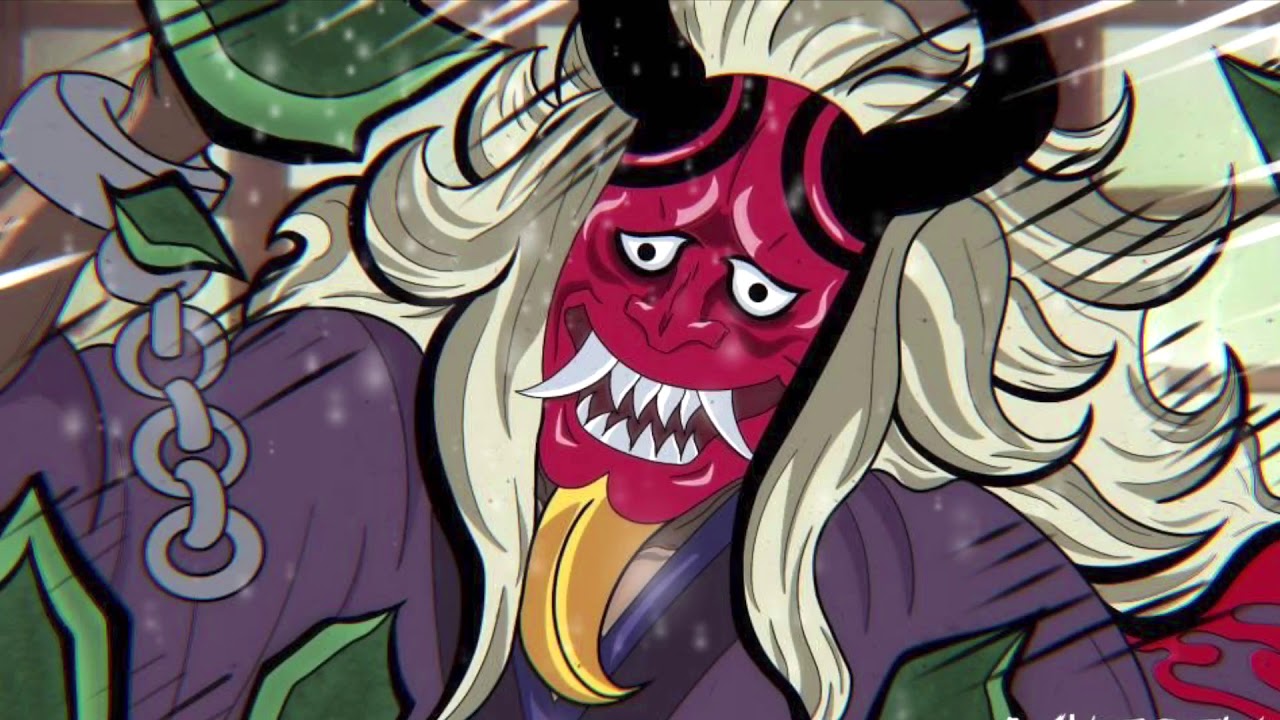 Back at Skull Dome Stage, Kaido has decided to use the opportunity to announce the execution of Momonosuke. This will make it harder to rescue “Momo” now. The final detail in the chapter was the conversation between Yamato and Luffy. The latter has given five minutes to Yamato to talk. Yes, Yamato is a girl. She was so impressed by Kozuki Oden that she acts like a man now. She has proclaimed herself to be the son of Kaido. The face reveal says otherwise as she is the daughter of Kaido. She found the travel log of Kozuki Oden which she holds as her bible.

Also, Yamato had met Ace when she came to Wano. This was confirmed when Yamato exclaims that Luffy reminds her of Ace. This connection also has great significance. We can only assume how Yamato will help Luffy in his quest against her father. She is strong enough to defeat Ulti with one strike but can she go against the All-Stars?

There is another delay in the chapters of One Piece. The manga will continue after a week break. The release date of chapter 985 is July 17, 2020. You can read the recent chapter on VIZ’s official release on July 5, 2020, and the next one after two weeks.

We were introduced to the daughter of Kaido who is the biggest fan of Kozuki Oden. Her relationship with Kaido is not very great either as she was beaten up for admiring Oden. She is a new ally in the raid against the Beast Pirates. We will learn more about her in the newer chapters. The most interesting thing would be to learn about her relation with Ace.

So, what did you think about Yamato? Is she the advantage that Luffy needs in his quest to take down Kaido? Do let me know your thoughts about her in the comments below!