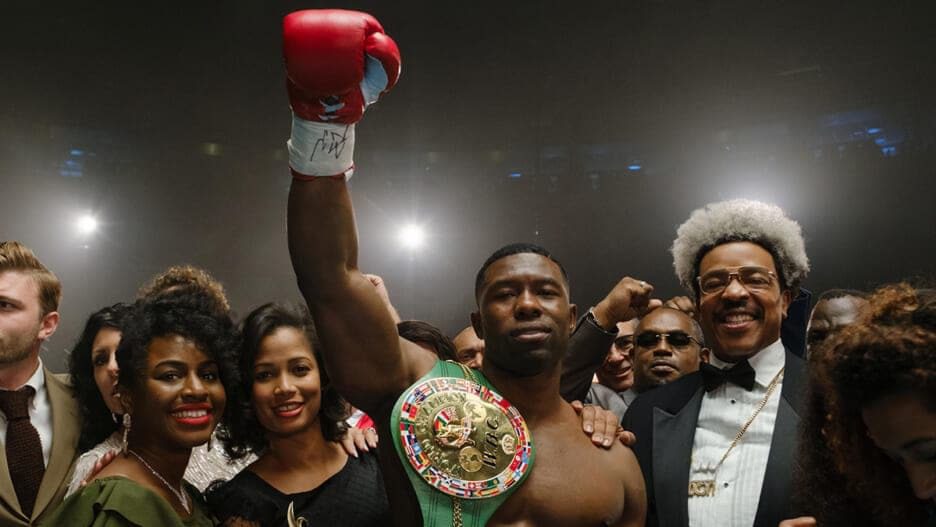 Mike Season 1 is what we are going to talk about. If you enjoy biopics like Pam & Tommy, I, Tonya, and The Dropout, you should watch Mike, which will be available to stream on Hulu in the United States and Disney+ in the United Kingdom. Mike covers the unique and difficult life of former boxing champion Mike Tyson and is produced by Steven Rogers and the I, Tonya production team in collaboration with showrunner Karin Gist, who is best known for her work on the television drama Our Kind of People.

Trevante Rhodes will play the renowned boxer in the eight-episode drama that will explore both the highs and lows of Tyson’s career. From his famous and difficult marriage to his ex-wife Robin Givens to his brief imprisonment to the bite he took in his fight with Evander Holyfield. Tyson has encountered situations that have made him the target of negative headlines and hurtful, at times vicious, jokes. Promising to reveal the untold story of probably one of America’s greatest boxers, MIKE uses the boxer’s legendary career and personal life as the backdrop for the series. 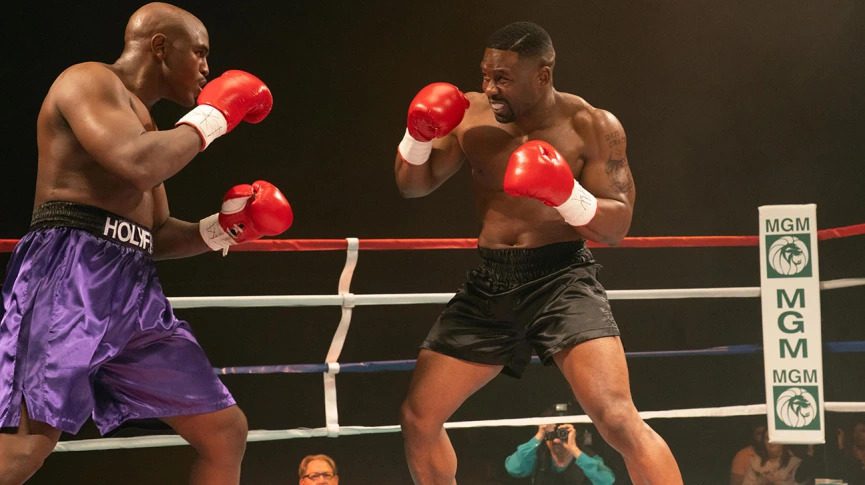 In the Mike trailer, Trevante Rhodes transforms into Tyson. Audiences watch various versions of Mike throughout the 1970s, 1980s, and 1990s set to Sammy Davis Jr.’s song “I’ve Gotta Be Me.” Tyson asks “Who Am I?” at the beginning of the trailer, which then goes to various points in his life and ends with him wearing an orange jumpsuit. Then, Rhodes, as Tyson addresses the camera, “Is that who I am?”

The cast of Mike on Disney+ is led by Russell Hornsby and Trevante Rhodes. Tyson will be played by Rhodes, and Don King, the American boxing promoter, will be played by Hornsby. Rhodes can probably be recognized by the audience for his work as Chiron in the Oscar-winning movie Moonlight. Hornsby is highly known for his roles as Carl Gatewood in The Affair, and Lyons in Fences. Guest starring in the show is Laura Harrier as Robin Givens, Harvey Keitel as Cus D’Amato, Kale Browne as Bill Clayton, and Li Eubanks as Desiree Washington. Also starring in Mike are B.J.Minor, Scott Macdonald, Ethan Barrett, Jackie Sanders, Olunike Adeliyi, and Greg Kaston.

Mike on Hulu and Dinsey+ will follow the professional boxing career of American Mike Tyson, regarded as one of the greatest heavyweight boxers of all time. The show will follow Tyson from his teenage years through the peak of his professional boxing career and the scandals that followed his retirement from the game. Mike will talk about Tyson’s outstanding career, including his marriage to Robin Givens, his sentence in prison for the rape of Desiree Washington, 18, and his winning 50 of 58 matches by knockout. 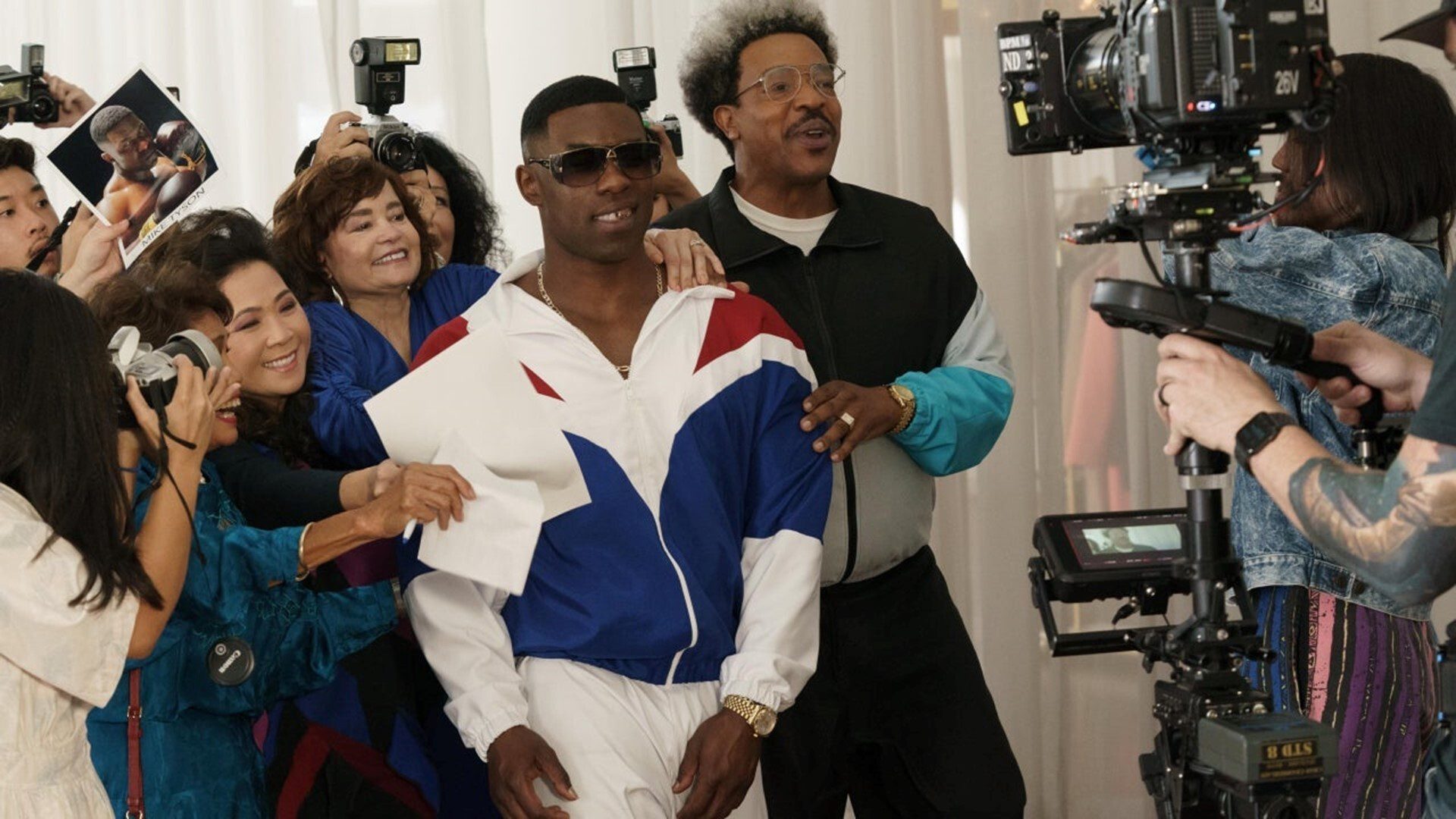 The official synopsis of Mike is as follows: “The eight-part limited series covers Tyson’s dramatic professional and personal ups and downs, from being a popular global athlete to an outcast and back again. The series, which centers on Mike Tyson, explores class, race, media influence, misogyny, the wealth gap, the idea of the American Dream, and finally, our own involvement in influencing Mike’s story”.

Mike Tyson himself is not pleased about the forthcoming limited series. Tyson stated that Hulu had stolen his life story in a post on Instagram on Saturday, August 6. In other Tyson-related news, when the limited series starring Jamie Foxx premieres on television, fans will have the chance to see an official version of his story. In the upcoming project, Foxx will not only play Tyson, but Martin Scorsese will also serve as producer, and Antoine Fuqua will direct it.

How To Watch Mike Series?

Mike will be available on Hulu in the US when it debuts in August because it is a Hulu Original series. You can view it by buying a Hulu subscription, which costs $6.99 per month, or by subscribing to the Disney+ package, which includes it and costs $13.99 per month.

Although several of the major TV shows that are offered through the platform are available through Star on Disney+, the Hulu streaming service is unavailable in the UK. Mike will be made available to UK viewers on Disney+’s Star channel, which is accessible to Disney+ subscribers. Therefore, you must have your Disney+ subscription, which costs £7.99 per month. For Star, there is no additional charge.