Are you excited about Kubo Won’t Let Me Be Invisible Episode 2? We got you!! The anime adaptation of our favorite romance comedy manga series is right here, and fans are really looking forward to the next installment of the series. For those who don’t know, Kubo Won’t Let Me Be Invisible or Kubo-san wa Mobu o Yurusanai, if you prefer, is an anime adaptation of the famous manga series written and illustrated by well-known Japanese manga artist Nene Yukimori.

The manga began its serialization in October 2019 in Weekly Young Jump from the house of Shueisha. Although the manga is still ongoing, an anime adaptation by a Japanese anime studio, Pine Jam, makes its debut this month.

This romantic comedy anime show will be featured in the Winter of 2023. Other than Kubo-san wa Mobu o Yurusanai, season two of Tokyo Revengers, and Vinland Saga, is also set in the Winter this year. Before revealing Kubo Won’t Let Me Be Invisible Episode 2 release date, spoilers, and streaming guide, let us first take a look at what previously happened in the first episode of the anime.

The first episode shows us that a high school student, Junta Shiraishi, who is also our protagonist, by the way, wants to live his life as a fulfilling youth. He seems to have less presence than the average person. He realized this when he looked at his school’s graduation album and noticed that they had edited his photo because they thought he was not in it.

Everyone, at some point, seeks to make the most out of their adolescent lives, and this is a desire that will never be fulfilled for him. His presence is like that of air, and people find it harder to notice him than an average person.

People sit on him and get surprised, despite being in the seat before them, or they will think that he doesn’t have perfect attendance, even though he goes to school every day. This series of incidents with his lack of presence has no end in sight.

You can go right there and still go unnoticed. That is our guy, Shiraishi. He can’t take the stage of youth, let alone rejoice in its glamors. But the one that appeared before someone like him was Kuba San. For some reason, she is the only one who can find him.

Later in the episode, we saw Kubo San ask him how long he thinks it takes for people to notice him and do he thinks that people will notice him if he stands up on the bench in the middle of the class. However, he stands up but surprisingly gets noticed by his teacher. Meanwhile, the class went on as if nothing had happened at all. It was funny for Kubo San but highly embarring for him, though.

The upcoming episode of the brand new anime series will be based on Sports Day of the high school. Just like in the classroom, everyone behaves the same with Shiraishi on the ground too. Whenever he runs will a large crowd, his paired partner tends to lose sight of him. So when he heads for the goal, he is usually trying to get his partner’s notice. 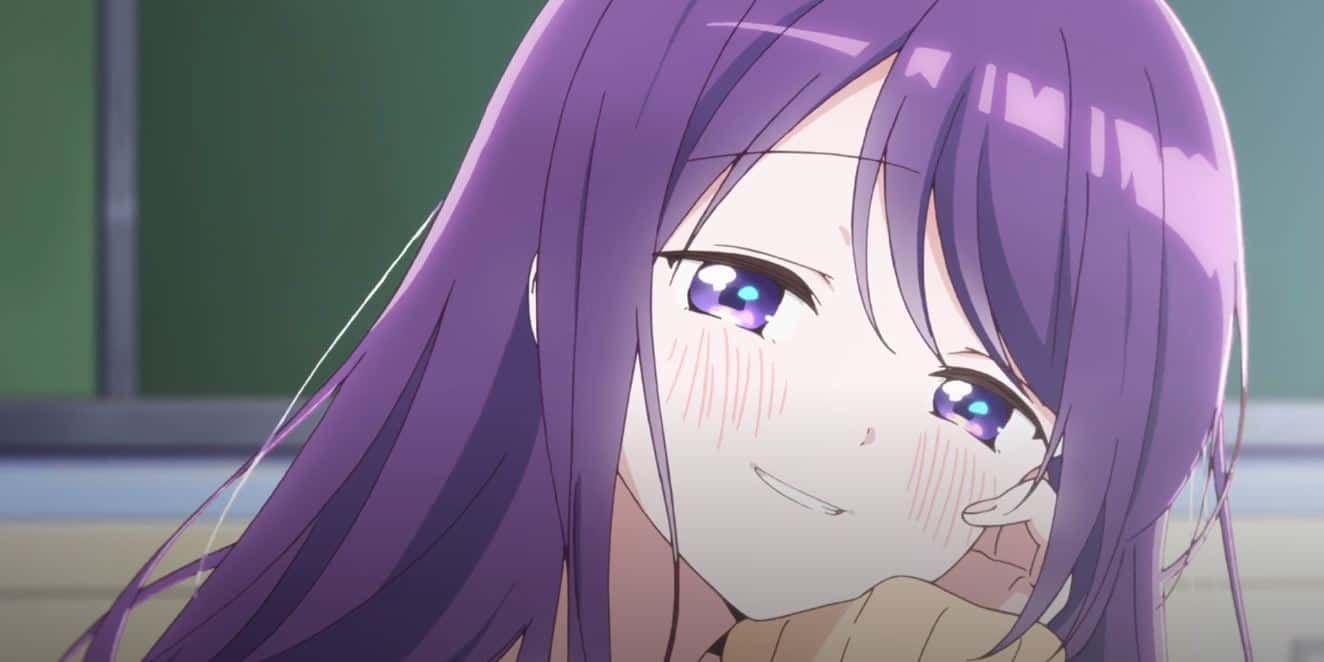 After the match, when Shiraishi enters the corridor, he will cross with Kubo. Although he is all sweaty from the game, Kubo smells him, which of course, is weird for Shiraishi.

The next episode of the newly launched anime series, Kubo Won’t Let Me Be Invisible Episode 2, is scheduled to be released on Tuesday, January 12, 2023.

You can watch the upcoming Kubo Won’t Let Me Be Invisible Episode 2 simply by tuning into the leading anime streaming channels of Japan, including Tokyo MX and its sister channels. You can also read the upcoming episode online at Bilibili TV and Hidive.