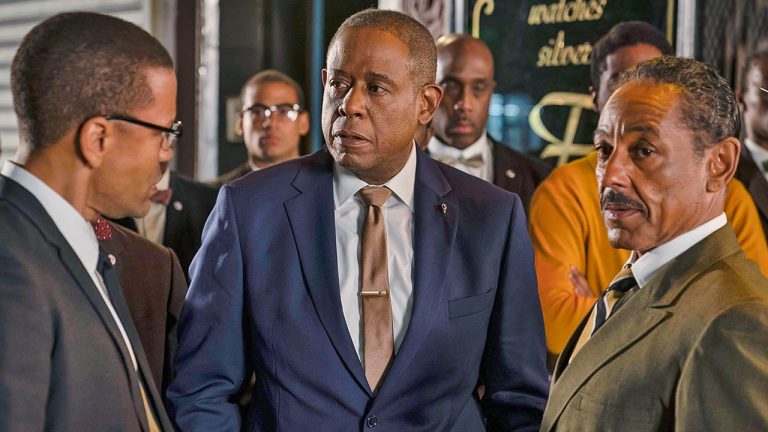 Godfather of Harlem Season 2 Release Date, Renewal & All You Need To Know

“Godfather of Harlem” is sure to capture the attention of its audience with its gripping storyline, which centers around the infamous crime boss Bumpy Johnson who returns from eleven years in prison in the 1960s, only to find the neighborhood he once ruled in shambles. While the Italian mob seems to have taken all control, Bumpy must do everything in his power and take on the Genovese crime family to regain his control. The last episode of the first season focuses on President Kennedy’s death and the repercussions it has on the mob community.

“Godfather of Harlem” hails from ABC signature studios and executive produced by Nina Yang Bongiovi, James Acheson, Markuann Smith, and Joe Chappelle. Swizz Beatz serves as an executive music producer, while Brancato serves as showrunner. It is a TV prequel to the 2007 film “American Gangster,” which revolved around the criminal enterprise of Frank Lucas. Season 1 of this crime series was released on September 29th, 2019, culminating in a total of 10 episodes and leaving its viewers hungry for the release of season 2!

Starring Forrest Whittaker, “Godfather of Harlem,” has been renewed for a season 2 with ten episodes at Epix!

While not much has been revealed about the upcoming season, it is certain to feature some of the main characters, including,

Though not much is known, Godfather of Harlem Season 2 is expected to be released in September 2020. Much speculation makes it certain that if the production is started soon (around the beginning of 2020), fans can expect the release in September 2020, similar to that of the release of the pilot episode.

The series, written by Chris Brancato (‘Narcos’) and Paul Eckstein, are sure to be back to write the second season as well after the hit show they produced together! With a star-studded cast and captivating storyline, “Godfather of Harlem” is an Epix original and was quick to leave its audience begging for more after just the pilot episode, and so it comes as no surprise that Season 2 awaits its warm welcome by its fans all around the globe! The production is set to take place in New York City in early 2020.

Forrest Whittaker is a star and has played his role to perfection! He is infamous for some of his other roles as well, in both movies and television shows, such as a comical cop in “bloodsport,” a committed and passionate boxing coach in “South Paw” and now his strong lead as Bumpy Johnson, the mob leader in “Godfather of Harlem” He is also one of the executive producers of the show.

This American crime drama has brought itself a lot of attention by being known as the “true story” of  Bumpy Johnson, the notorious mob leader of the American streets. The appeal of the TV series seems to be the violence and the life on the streets and the camaraderie shared by the mob. The fans wait eagerly for any updates on the release of the new season, latest trailer updates being any indication of the same!