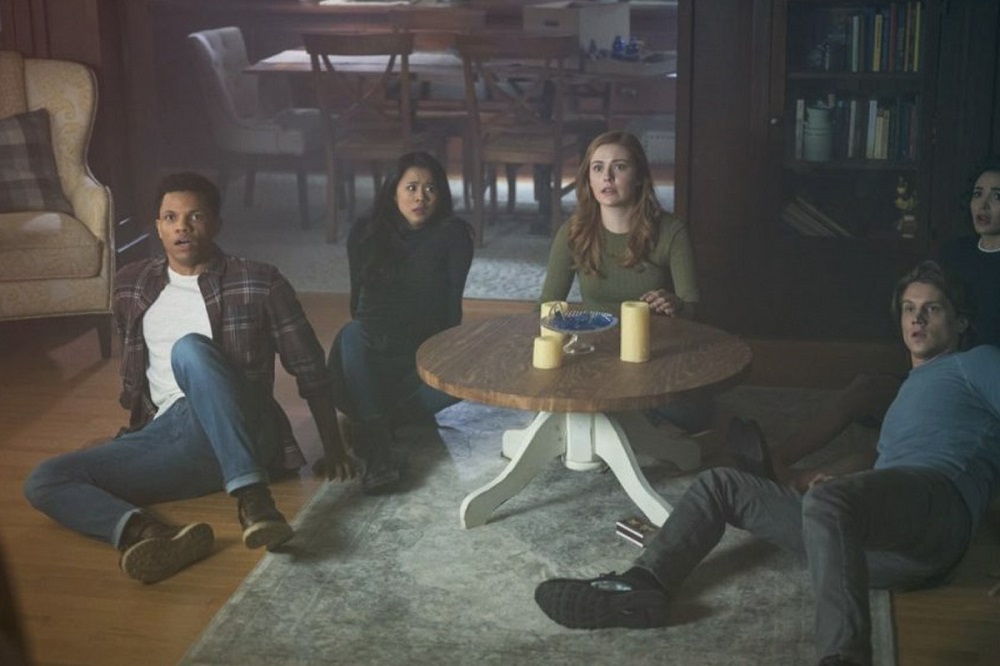 Nancy Drew Season 2 Episode 6 is coming out tomorrow and here's all you need to know about it.

“Nancy Drew”, the American supernatural mystery series is back with its 2nd season and has already released 5 episodes. Soon, it will be releasing its 6th episode and has all its fans excited about it. Created by Noga Landau, Josh Schwartz, and Stephanie Savage, the series premiered in October 2019. It received mixed reviews initially but people loved it so the CW picked up the whole series. In fact, they went on to renew it in January 2020 for a second season. As a result, the season is out now and fans are really liking it. So, let us dive deep into the article to see what the upcoming episode holds for us as the story moves ahead.

I just got done watching season 2 episode 5 of #NancyDrew I love it! It was good! I love that show!

Steven King is right, Maine is full of terrifying ghosts!

Kinda wanna start #NancyDrew season 2, kinda wanna wait for all the episodes to come out because I can't take suspense.🥲🥲

Everything you need to know about “Nancy Drew”:

“Nancy Drew” Season 2 has already begun and 5 episodes have been aired till now. The viewers have loved the show since its first season which brought upon its renewal. The show was about an 18-year old girl named Nancy Drew. After her college plans are put on hold, she gets involved in a ghostly mystery where along with her 4 friends, she becomes a witness and suspect for a murder. Consequently, they team up to find the person behind all this. So, let us have a look at the cast of the series once before we go on to discuss the further story. 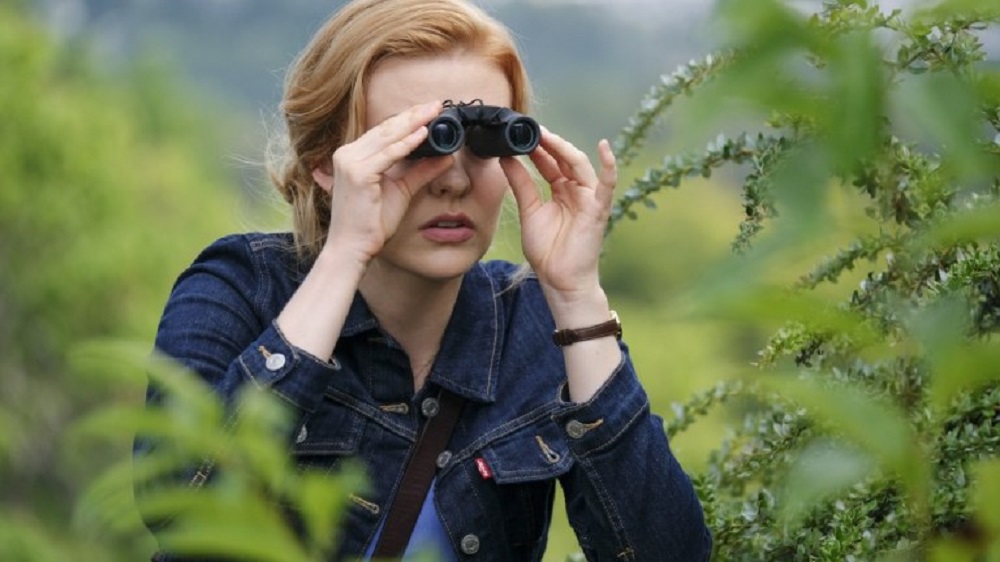 A still of Kennedy McMann as Nancy Drew from Season 1 Episode 1 of “Nancy Drew”.

Kennedy McMann as Nancy Drew: Kennedy McMann is a young American actress who hasn’t done many shows but found her breakthrough in “Nancy Drew”. Apart from it, she was a part of “Law and Order: Special Victims Unit”, and “Gone”.

Leah Lewis as Georgia Fan: Leah Lewis is an American actress who began her career as a child. She has done some really commendable work in the entertainment industry and has been a part of many hit movies and shows. Some of them are “The Half of it”, “How to Deter a Robber”, “The New Adventures of Old Christine”, and “Station 19”.

Maddison Jaizani as Bess Marvin: Maddison Jaizani is a British-Iranian model and actress. She has been a part of TV dramas for quite some time now. Her best works include “Tyrant”, “Versailles”, and “Into the Badlands”.

Tunji Kasim as Ned Nickerson: Tunji Kasim is a Scottish actor who is quite popular for playing the role of Joe Bailey in “Nearly Famous”. Apart from this, he is highly involved in theatre and stage shows.

Alex Saxon as Ace: Alex Saxon is an American actor who has been a part of many famous movies and TV series. Some of them include “The Fix”, “Coin Heist”, and “Compound Fracture”.

Riley Smith as Ryan Hudson: Riley Smith is also an American actor. He has been a part of Hollywood for many years and has done famous roles in movies and TV dramas like “Bleed”, “Bring It On”, “Drive”, and “Proven Innocent”.

Scott Wolf as Carson Drew: Scott Wolf is an American actor who is best known for his role of Bailey Salinger in “Party of Five”. He is also known for doing movies and series like “Welcome to Hollywood”, “Meet My Valentine”, ” Everwood”, and “The Night Shift”. 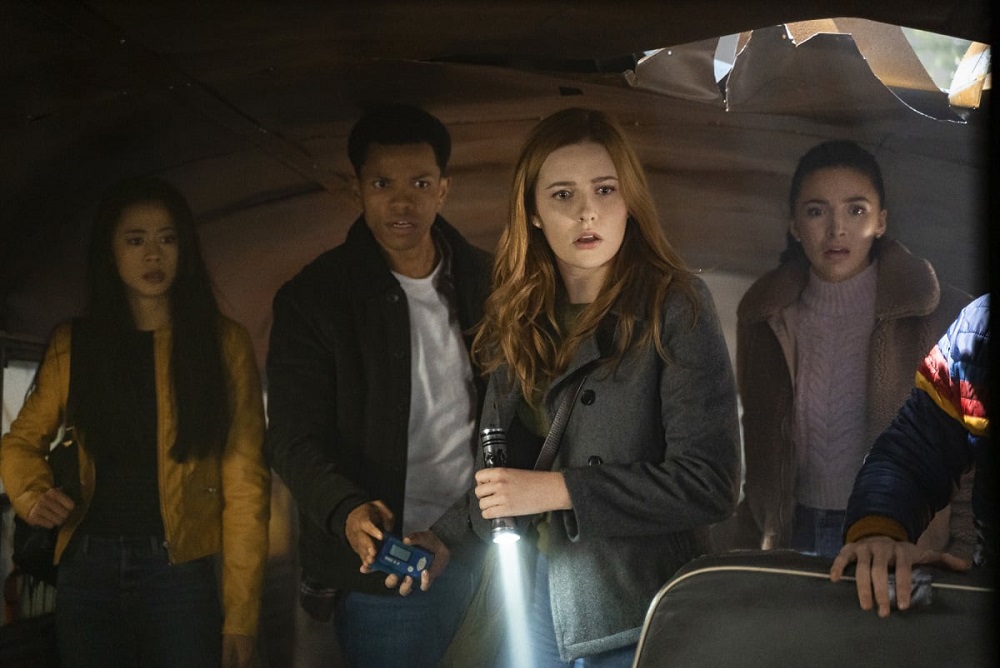 A still of the Drew Crew from Season 2 Episode 5 of “Nancy Drew”.

What has happened till now in the series?

The 6th episode is going to release soon but let us learn everything that we know about the story till now. In the previous episodes, we have seen the mystery around the Aglaeca building. It was surely doubtful as to who the Aglaeca was really but the series had started losing its essence. After all, the show was just about some teens who loved solving crime. So, the story got back on track. Nancy needs time to figure out what Carson means to her and consequently, the latter is ready to give her that time. However, this didn’t mean that Carson will stop giving advice to Nancy. So, that will continue with him supporting Nancy to do what she does best.

What to expect from the 6th episode?

Nancy brought George back from dead as she knew there was something she could do to bring her friend back. So, she did it but in doing so, she unleashed some mystical elements around the town. So, the Drew Crew will surely have to deal with it in the upcoming episode. Moreover, there’s a new body and hence, they will also have to start figuring out who the murderer is. All and all, we can definitely say that the upcoming episode is going to be really interesting to watch.

The 6th episode for the 2nd season of “Nancy Drew” will be releasing on 24th February 2021 at 9 PM ET. You can tune in to The CW to watch the latest episode tomorrow. It will definitely be thrilling seeing the trailer that the showmakers have released. You can watch the trailer above. So, the fans are really excited for the episode and their wait will finally be getting over as the new episode is unfurled. Till then, let us know in the comments section what do you think will happen in the 6th episode.