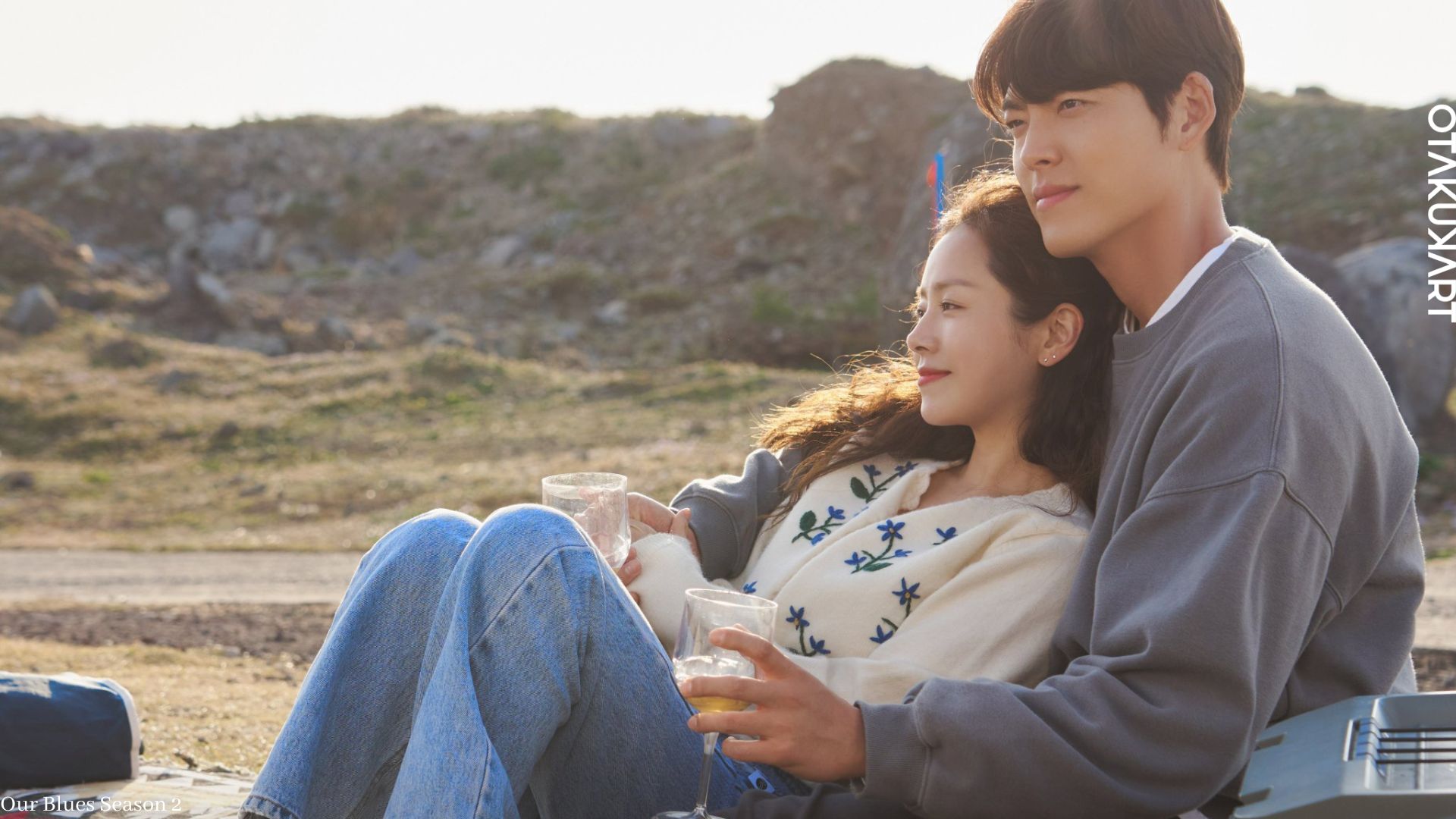 ‘Our Blues Season 2’ has become the talk of the internet for some time now. All the fans out there are eagerly hoping for a renewal to take place as they don’t want to bid goodbye to one of their favorite K-Dramas yet. Everyone has been waiting for a green flag from the crew of the series, but to date, there has been no such announcement made.

Directed by Kim Kyu Tae and Lee Jung Mook, ‘Our Blues’ became one of the most popular drama series both on the domestic and international levels. With perfectly made twenty episodes, it managed to steal everyone’s heart. The engagement level in the series was in a very right amount and successfully kept everyone involved.

Moreover, if there is any renewal happening in the future, then the expectations from ‘Our Blues Season 2’ will be a bit higher. Let’s take a quick look at all the details regarding the same.

Our Blues Season 2: Is the Drama Series Renewed?

‘Our Blues’ was indeed one of the most popular drama series of the year 2022. The talk about its renewal is going on the internet with great speed, but nothing has been confirmed on the official level yet. For now, ‘Our Blues Season 2’ has not been officially talked about or confirmed by any of the cast or crew members. Though, there are slight chances of the second season as the first season of the series received a lot of positive ratings and reviews from both domestic and international viewers. If there is any such news or update regarding the same, we will keep you informed. 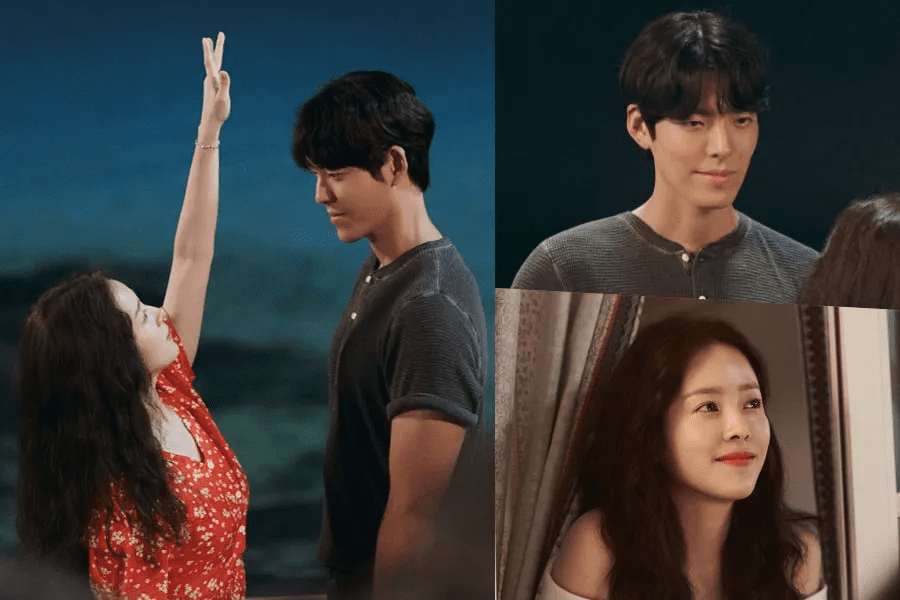 Furthermore, the first season of ‘Our Blues’ aired its first episode on April 9, 2022, and the final one was out on June 12, 2022. Every new episode was released on Saturday and Sunday, and each of them had a running duration of 1 hour and 10 minutes.

Our Blues Season 2: What Will be The Plot Structure?

The plot of ‘Our Blues’ was one of a kind and attracted thousands of viewers from the global arena. The way in which each layer of the story was unfolded and brought up left everyone highly intrigued with the upcoming events. Each episode of the show was crafted with lots of detailing and perfection. And, all of that paid off as everything was highly admired by the viewers.

There has been no official confirmation about the plot of ‘Our Blues Season 2’. There are countless fan-made theories going around the internet about the same, but as mentioned above, nothing can be confirmed for now. 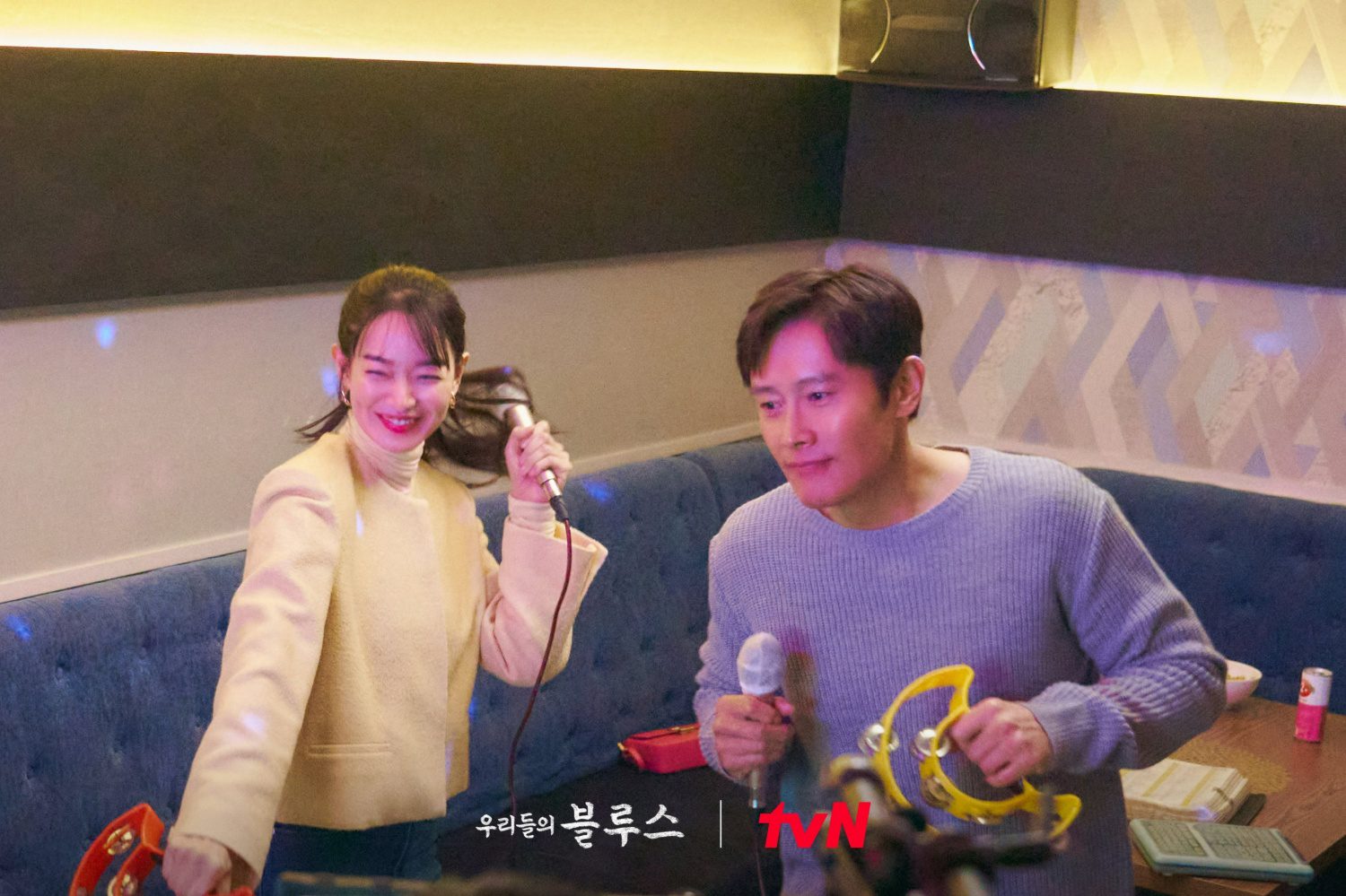 The first season of the show portrayed the genres of life, romance, and melodrama. It narrated a story that included the stories of different characters that are interconnected in some way or another. All of their stories carry many colors with them that leave the audience stunned and inspired. Lee Dong-seok, Min Sun-ah, Park Jung Joon, Lee Young Ok, Jung Eun Hee, and Choi Han Soo, all of them have their own pasts, presents, and futures.

Moreover, it was pretty amazing to see them and their stories coming together and beautifully entangling with each other.

Our Blues Season 2: Who Are We Going to See on The Screens?

The cast of ‘Our Blues’ has been one of the favorites of all the viewers. All of them are popular names in the South Korean entertainment industry and are highly known for their incomparable acting skills. It is very true that each of them stole the show in their own way, and their screen presence was indeed really powerful all the time.

Talking about the cast of ‘Our Blues Season 2’ then there is no such official announcement for the same. The assumptions on the internet are gaining attention, but nothing can be confirmed. It is also true that the viewers have hugely admired the way the cast of the series has adapted to their respective roles and played them skillfully throughout the twenty episodes. 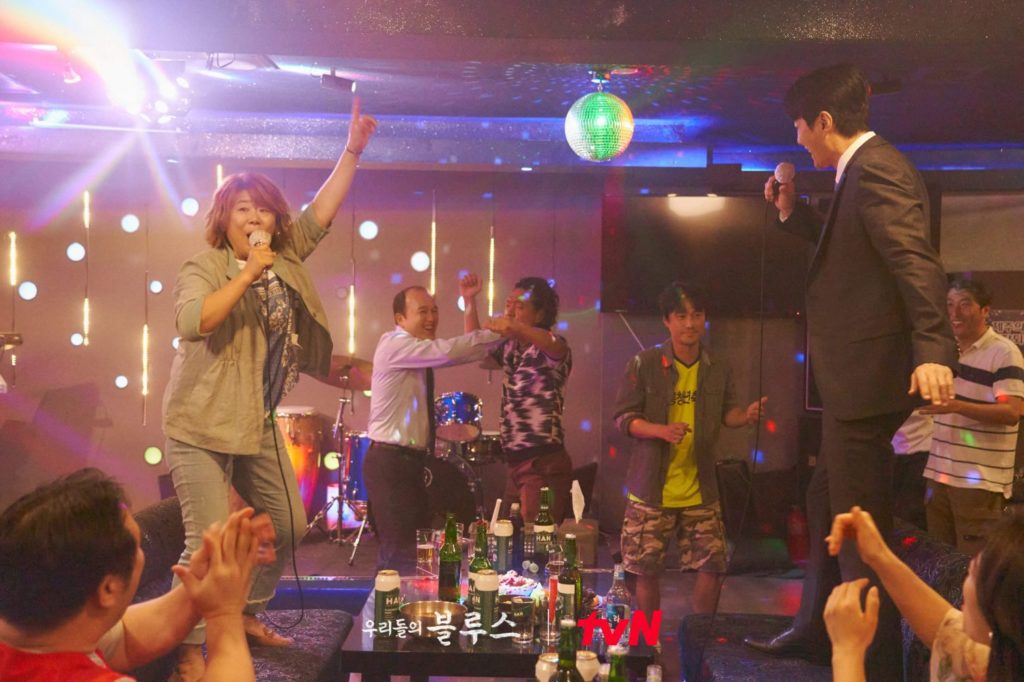 Therefore, if there will be a second season of the drama series any soon in the future, then there are huge chances that we might have the original cast back. If that comes true, then we might see the following faces in ‘Our Blues Season 2’,

If there are any updates about the official case lineup of ‘Our Blues Season 2’, we will keep you updated about the same.

Our Blues Season 2: Where to Watch?

Originally distributed by tvN, all the episodes of ‘Our Blues’ was available to be streamed on the international platform, Netflix. All the domestic and international viewers can get access to the same after they have subscribed to the streaming platform.

Moreover, the first season of the show was also available on the online South Korean streaming platform TVING with a subscription.

If there is an ‘Our Blues Season 2’ any soon in the future, then we think the streaming options will be pretty similar.

Our Blues Season 1: What Happened In the Finale?

The finale of ‘Our Blues’ gave a wholesome vibe to everyone out there. We saw Dong-seok taking his mother to her hometown, Madang-ri, after much insistence as the latter wanted to visit her parents and older brother’s grave. This was a whole new piece of information for Dong-seok as he never got a chance to know about his mother’s family due to their broken relationship.

Seeing Ok-dong eating Jajjangmeyon was also a surprise for him. To ease his confusion, she told him that she used to eat it with her husband. On being asked the next place she wants to visit, Ok-dong takes him to the shop where she used to cook and serve food after the demise of her family. Throughout this, she answers all the questions posed by her son.

We got to see how desperately she wished to be born again, but next time in a wealthy family, go to school, marry a man who won’t die an ultimate death, and build a happy family. 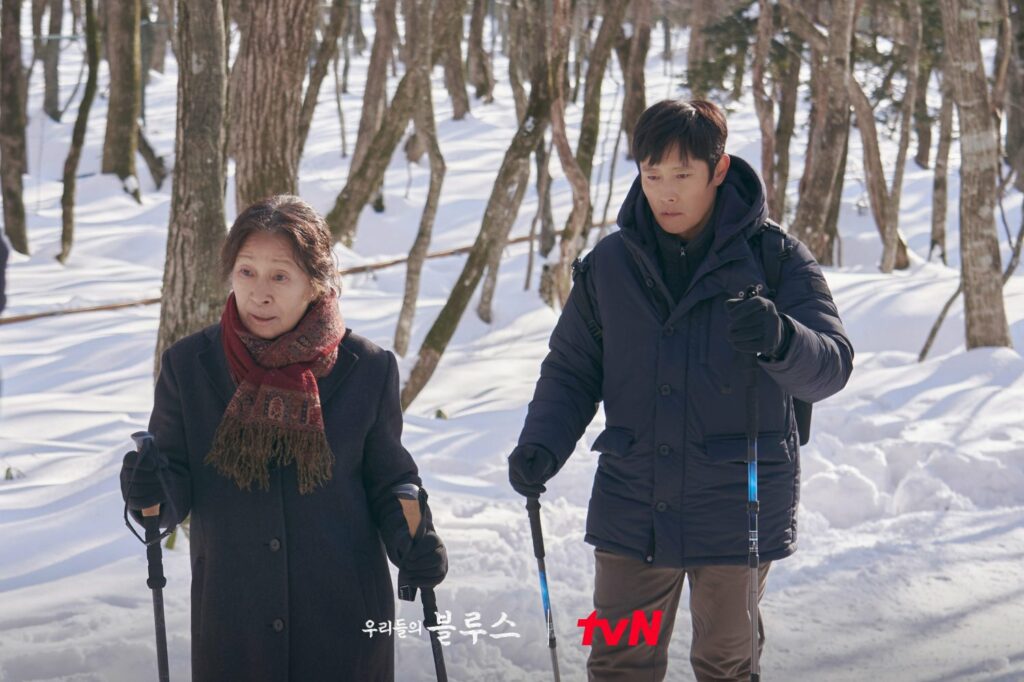 On their way back to Jeju, Dong-seok gets the fact that his mother has never seen Mount Halla even after living there for a long time. Ignoring the doctor’s advice, he takes his mother to show Hall-san. Even though the mountain is packed with snow, Dong-seok had to give in to his mother’s insistence on going up and seeing Baengnokdam lake even though her health had given up.

After much thinking, Dong-seok convinces her to go down with some people and climbs up alone in order to click a picture of the lake. The bad weather interrupts the plan, and he is unable to reach the lake. Though, he records a video of the mountain top and promises his mother that they will visit again in Spring. 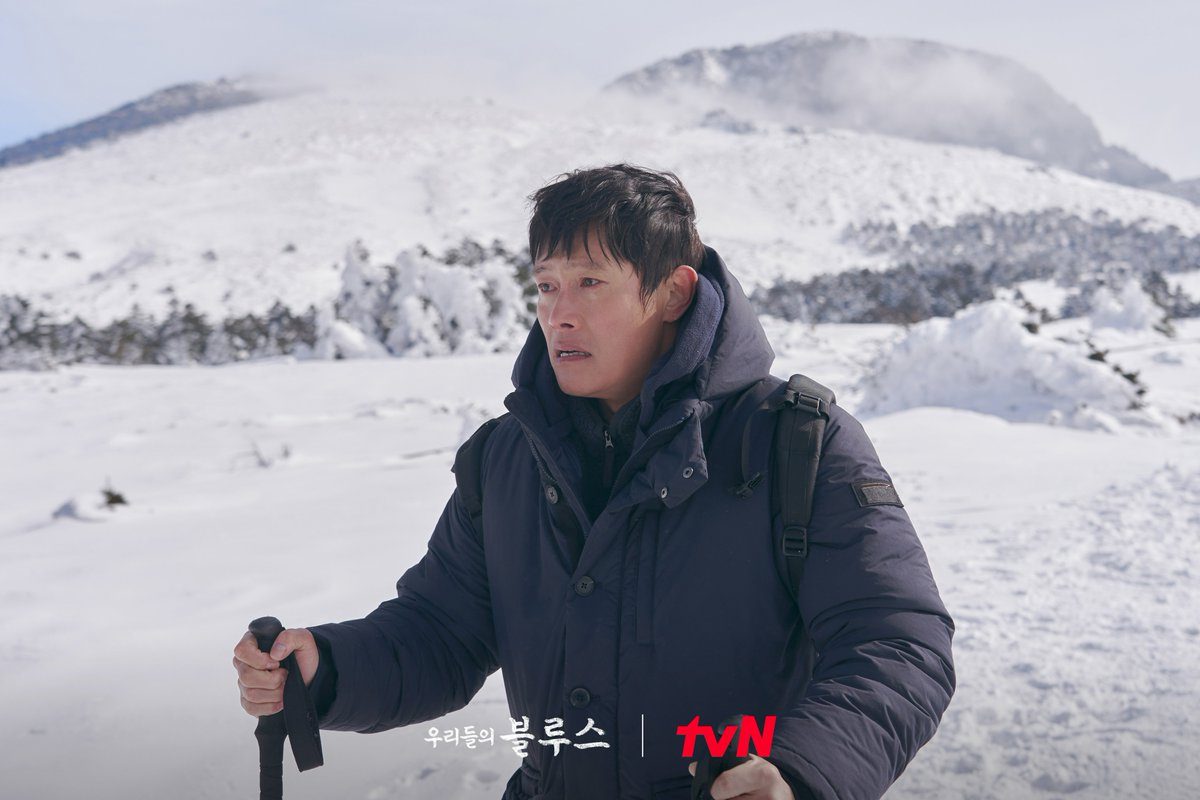 Returning to Jeju, he introduces her to Seon-a and Yeol. After much insistence from Seon-a, Ok-dong orders Dong-seok to stay with them and returns back to her house. Though, before she leaves, Dong-seok tells her that he will visit in the morning to eat Deonjang Jiggae. Morning comes, and we see Dong-seok finding the meal prepared by his mother but not his mother in a good state.

Soon, we realize that his mother took her last breath only after feeding her son his favorite food and Dong-seok realizes how he never really resented her.

In the final scene of episode 20, we see the preparations for a friendly athletic tournament between residents of Pureung and Osan-ri. Han-su and Mi-ran come from Seoul in order to participate in the same, and we also see Eun-gi, Yeong-hui, and Seon-a coming there to support them.

In the end, the love every resident of Pureung has for each other persists. Them sticking together in all good and bad times is the best thing out there.