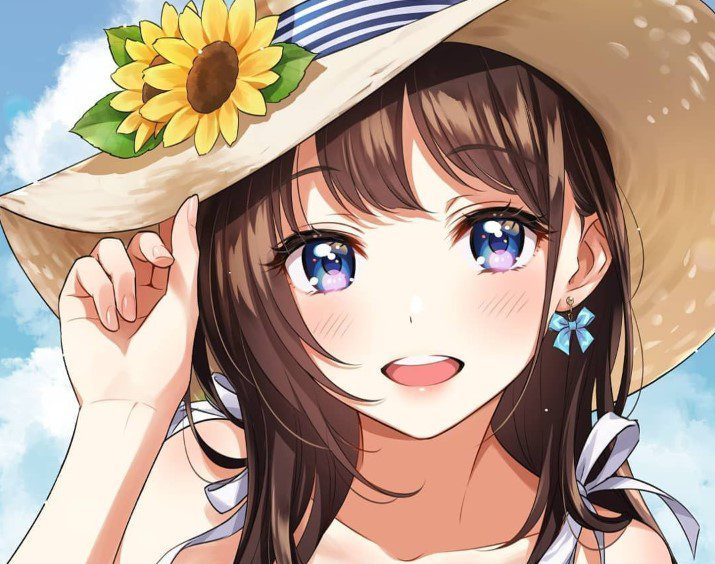 The best short manga has a few chapters that reach climax quickly, and many mysteries or secrets are revealed more quickly than you can imagine. We will discuss all types of short manga, from comedy, romance, action, and harem to adventures. But our list of best short manga won’t be that long since we will focus on interesting best short mangas that are worthy of reading. We don’t want to disappoint you by bringing short manga that you will find boring.

We will look at much best short manga but discuss the ones with the highest rankings. You might find your favorite short manga even though you are a beginner in the list of best short manga below. Best a short manga has also gained popularity, and it is rare to find them since most mangas are long. But they also have different genres.

Tropic of The Sea 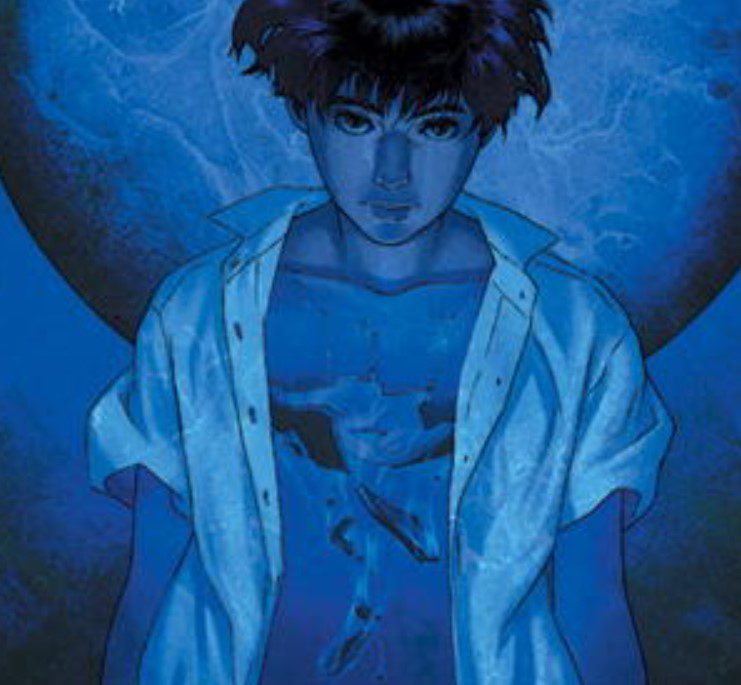 Tropic of The Sea

When the eggs grow, the family returns them to the sea, which repeats for many years. However, this came with a lot of advantages for the people who live around, and they are blessed with catches of fish and calm seas. But things changed as years passed, and Yosuke and his father have driven away from their tradition due to the modern culture and changes around them. They take the mermaid egg and use it as a tourist attraction, affecting their promise with the mermaids long ago. This manga has short six chapters that are worthy of reading.

Suiiki is also known as Waters. This manga has twelve short chapters that are simple to read. Things began to change when the world was amid a heat wave, and humans suffered short rainfall with serious water shortages. However, Chinami Kawamura and the rest of her swim club students are relegated to running laps instead of swimming them. But one of the girls falls unconscious in the heat of the mid-day sun and collapses. 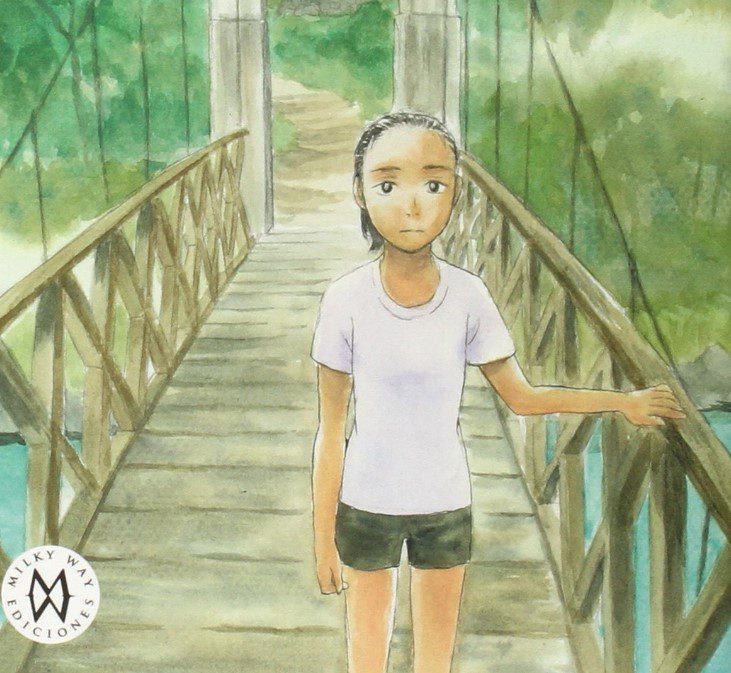 While unconscious, Chinami was near a clear, sparkling river in an abandoned rural village where she encountered a young boy named Sumio and his father.  Chinami wakes up and returns to face reality, but she continues to pass out and appears in the same refreshing place. This is the best short manga with supernatural powers and a slice of life.

Witches have five chapters, and everything happens quickly in this manga. This manga reveals a mysterious world that is dominated by modern religion, but few people exist that still believe in magic and supernatural powers. But there are fewer who practice the ancient arts. Many who believe in magic and supernatural powers and still practice ancient arts are branded by many as heretics. 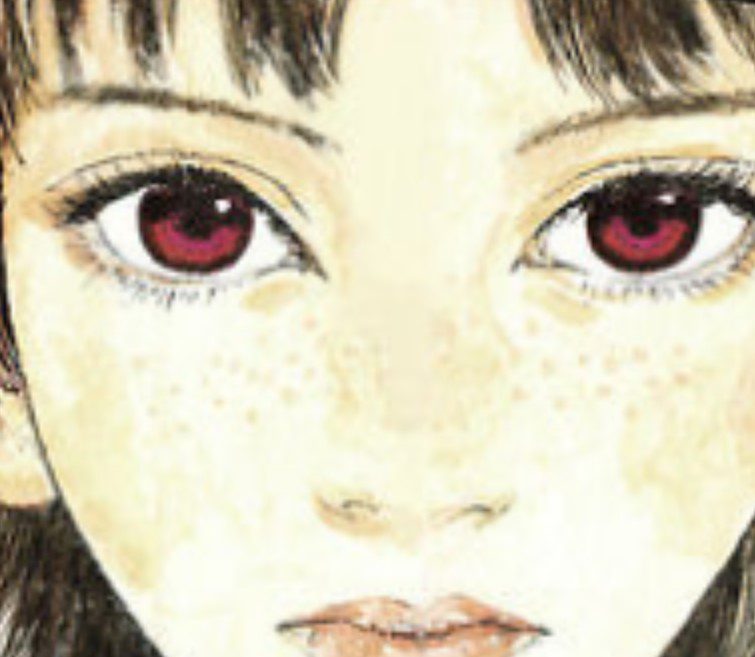 They know the witches exist across the world and appear in many guises. But they are not accepted by the institution around them, and they are shunned by everyone even though they believe in protecting their world. A vengeful sorceress and a shaman summons the spirit to protect her. On the other hand, the leaders of different religions and rulers believed that the existence of witches was a stain on humanity, but witches had more to teach the world than they could know.

Also Read: Best Selling Shoujo Manga of All Time That You Must Read

Emanon: Memories of Emamon is also known as Omoide Emanon. This manga has nine short chapters. The Apollo space mission began in 1967, and the US sent soldiers to Vietnam. But one of the disenchanted students returned with an empty wallet and a broken heart. During the travel, the science fiction fanatic encounters a mysterious girl who is revealed to be Emanon. Emanon looks like any ordinary girl who is at the age of seventeen-year-old. 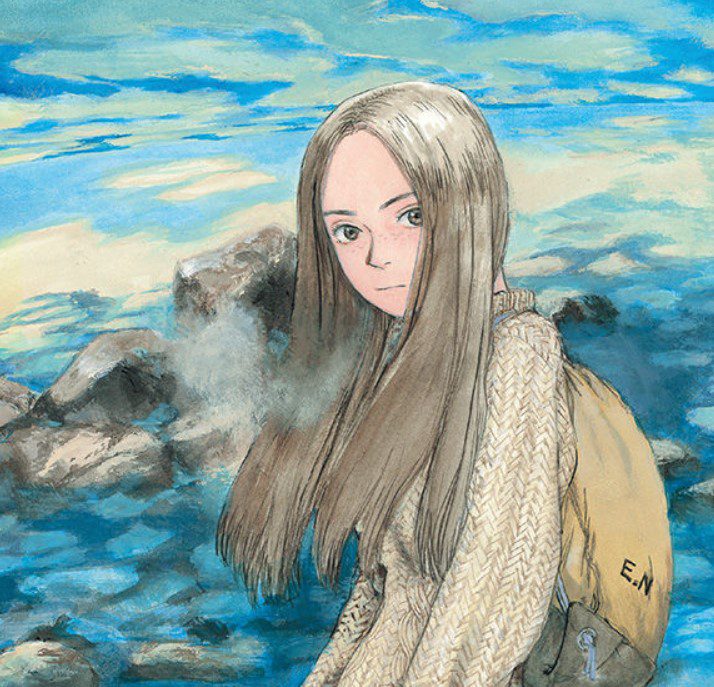 But Emanon’s mental age is more than three billion years old. She has all the memories of the things in the past until the present day. However, Emanon wonders about her ability and curses herself, wondering why someone like her with such knowledge should exist. One of the students who befriend Emanon begins to realize that reality is stranger than fiction.

The Music of Marie

The Music of Marie is a short romantic fantasy manga with 16 chapters. The mechanical goddess Marie has been assigned the duty of protecting a utopia Pirito. Marie is a large robot and flies around the skies above. Meanwhile, in Gil’s factory town, Pipi longs for Kai since she is the only one who can listen to mysterious Marie’s ever-present music. Pipi wonders if Kai will accept his affection. This short manga has a sweet romance that will touch your heart. 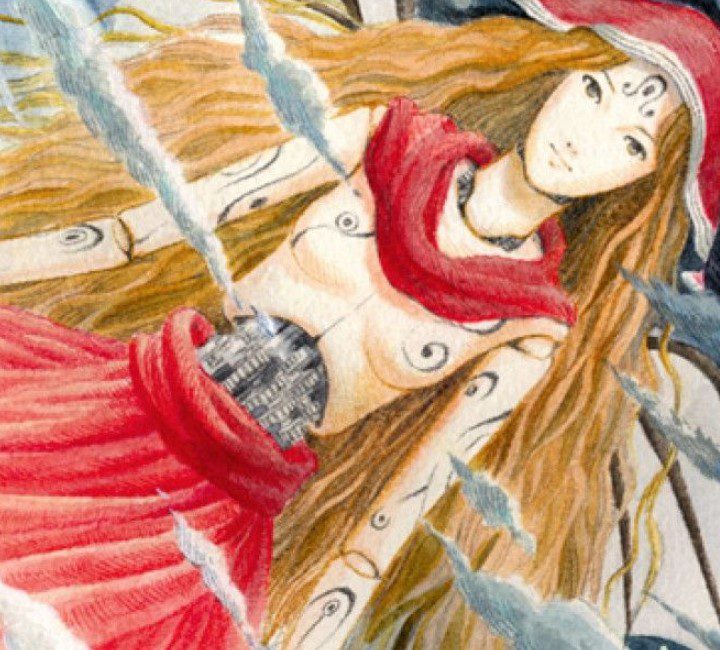 The Music of Marie

Okaeri, Hatsukoi is a sweet romantic tale between Yomane and Taguchi. Yamane and Taguchi have spent many years without seeing each other. But destiny brought them together during the high school reunion, and the shy Yamane encounters Taguchi, a delinquent friend from the past. Yaman wonders if Taguchi has changed, and Taguchi also wonders the same. The spark of love lightens their heart again as they fall in love and show beautiful romance. 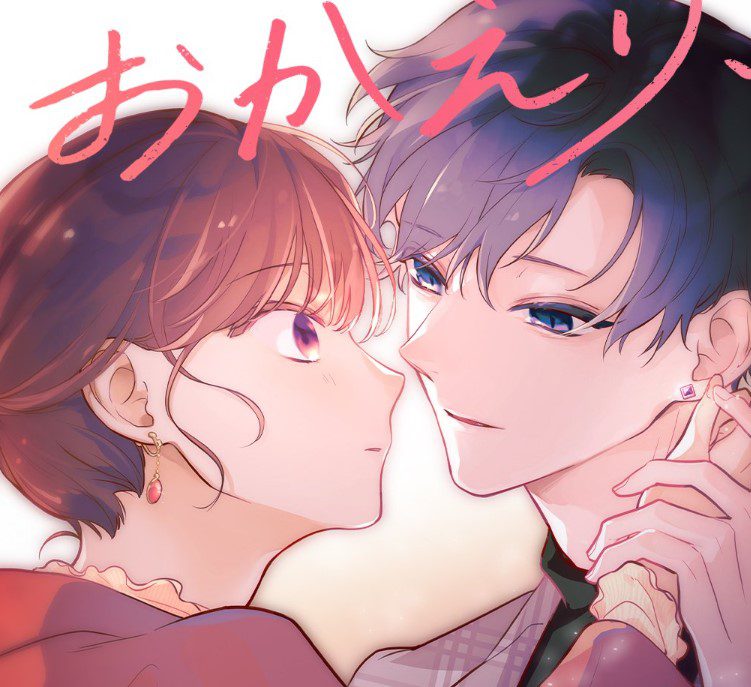 Koisuru Smartphone-chan is also known as Smartphone in Love. This is a story of a beautiful pink-haired girl who never thought she would fall in love. However, she fell in love with her master, which began as a joke. Even though it was forbidden love, the love between a master and student grows deeper than anyone could imagine. The girl realizes she is in true love, and there is no turning back since she has to face reality. 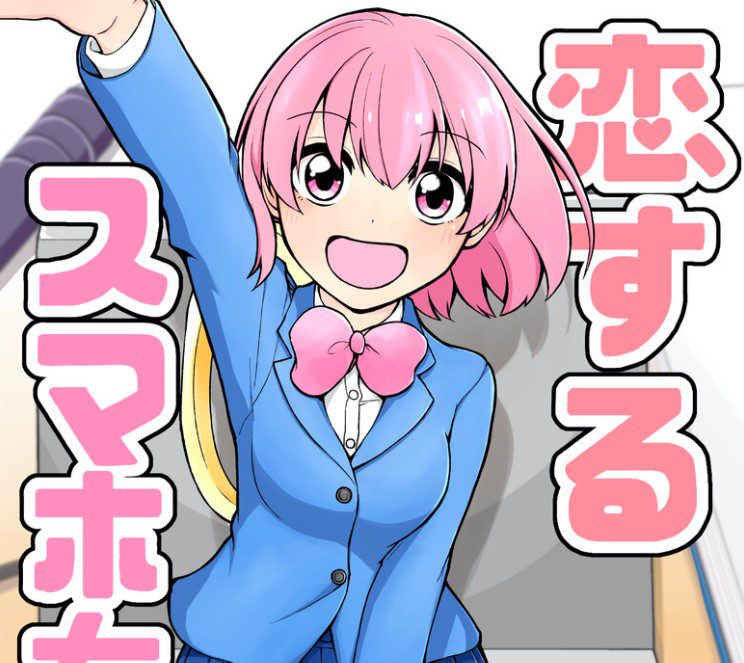 This manga has four chapters revealing the romance and fantasy between two strangers. During a lovely spring, a lonely fairy of spring encounters a very negative man. Even though the man was negative, she realized he was handsome and might change her life forever. This strange encounter brought two different people of different mindsets together. However, when there is love, everything is possible, and the lonely fairy believes that things will work out. 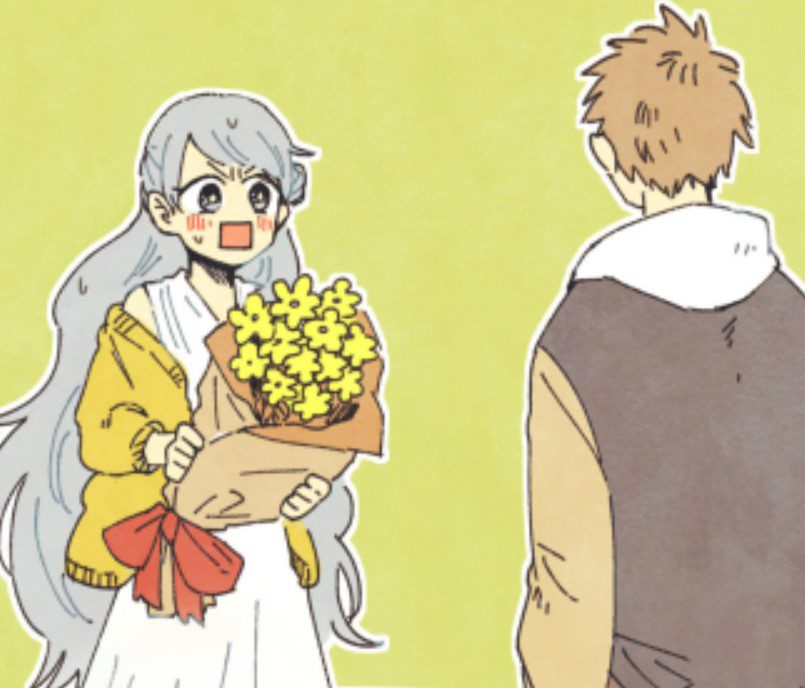 When Pink Rain Falls is the shortest manga with two chapters, this is one of the best short modern manga that begins in 202o. Hanao is a handsome young man who is an expert in flower arrangements. Hanao was part of his friend’s wedding ceremony, decorated everything, and encountered a mysterious florist who recognized his talent. He and the florist begin to work together, which is the beginning of their relationship. 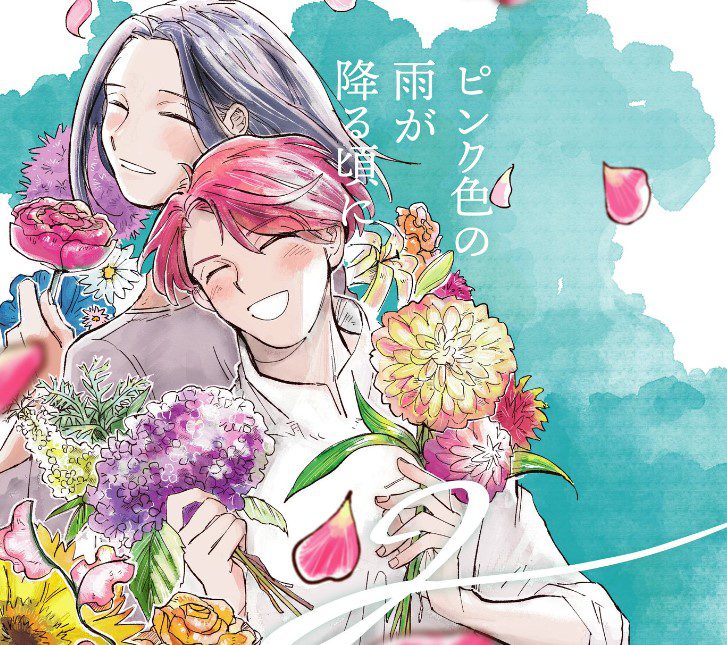 However, there are tons of best short manga that one can enjoy reading every time. This was the best list of short mangas for beginners trying to get into the world of manga. They are good for manga fans or people who want to learn things quickly about manga, and you can also rely on the manga recommendations of the best short manga on this list.

Also Read: Top Selling Manga Of All Time That You Shouldn’t Miss