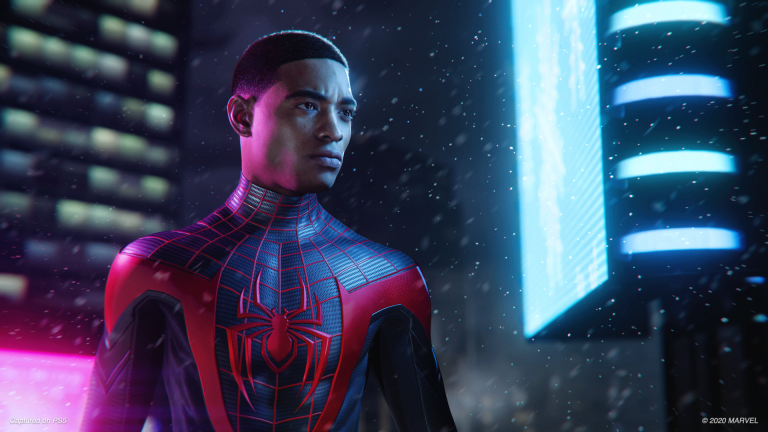 The latest upcoming PS5 games were recently unveiled during Sony’s latest way forward for the Gaming showcase, where we saw a generous helping of exciting next-gen titles. We even finally have to be compelled to see the hardware for the very first time, but the games shown were over enough to cause lots of pleasure. With the likes of the Horizon Zero Dawn sequel, Horizon Forbidden West, Resident Evil 8: Village, and Ratchet and Clank: Rift Apart, there is a lot to seem forward to. Whether you enjoy tucking into a giant expansive RPG or getting your fill of action in an FPS, we all know that PS5 load times are going to be cut way down due to the built-in integration of a brand new SSD – and even as nice, updates will go faster with no more lengthy copying. There’s still a bit while to attend until the PS5 officially launches at the tip of the year in its Holiday 2020 release date window, but with the newest announcements, you have got no shortage of reasons to start out getting truly excited for what awaits you within the next generation.

In this article, you will get to know about some of the amazing PS5 titles that are releasing in 2020 or 2021 along with their trailers and first look.

Wow in 2018 we got two spiderman properties that shocked the world, Spiderman on PS4 and Spider-Man: Into the Spider-Verse both were equally loved around the globe. Now there is an announcement of a new spiderman game starring Miles Morales along with several others in the PS5 launch event and spiderman fam are excited once again. Insomniac Games are best known for their previous spiderman game in which Miles was featured as a web-slinger at the ending of the game. The trailer looks damn gorgeous capturing some good details of Manhattan.

The sequel to the one the biggest games for the PS is coming and fans are way more excited but fans, you need to keep calm as there is no release date as of now to this beautifully made dystopian game. Luckily PC gamers can also enjoy the hit 2017 game as the game will release 3 years after the original release this summer on PC.

Last we got the first look of the new Assasin’s Creed game in its first official cinematic trailer. Now it’s been announced that this latest title in the Assasin’s Creed Franchise will also come for PS5. This time the players will be sent back to the ages of Vikings and will play as Viking assassin Eivor. Take a look at the trailer and leave your thoughts in the comments section, if you are the fan of Assasin’s Creed franchise.

Agent 47 is back with the upcoming instalment in the Hitman franchise and will also serve as a conclusion to the World of Assassination trilogy. We also get the first look of the Hitman 3 from the PS5 event and the trailer looks damn amazing with all the cool graphics, mechanism etc. Luckily we also got the release date with the trailer that is January 2021 so we don’t have to wait for that much to play this new game

At first, the trailer was looking like a Tom Raider game but then it one hell of a change. Project Athia is a new game form a new developer named Luminous Productions. The game will release on both PC and PS5 and will be published by Square Enix the publisher of Tomb Raider games franchise. The game looks damn beautiful and the playable character is seen leaping across cliffs, attacking huge wolves with tree root abilities, and overlooking a gorgeous cloud-filled landscape from the top of a mountain.

Last Year, the official trailer of Deathloop was released at E3 2019 and now at the PS5 launch event, we got a new gameplay trailer which gives us the mechanism and some hints of gameplay. This new trailer gives us Ground Hog Day vibes., in which there are tow assassins stuck in a time loop. With 8 targets two kill one of them is gonna kill and another one has to save them from their assassination. At the launch, the game will be PS5 exclusive with the PC version releasing later.

The new Resident Evil game is going to release somewhere in 2021 for PS5 and game is called Resident Evil 8 Village. This new entry in the game franchise will be set after a few years after the events of the previous game. The game will feature Ethan and Mia alongside Chris Redfield who is responsible for the events that lead Ethan roaming around a mystery filled village desperate for answers and the are werewolves. which are also a threat.

This brand new game based on famous Ratchet & Clank will release on PS5 last we say of them were in 2016 when these two get their own film and a reboot game in 2016. Our prayers have been answered we got a brand new trailer and its looking amazing as we will take a deep dive into the new action-adventure game which will feature amusing gameplay, story and the two beloved characters.

he cyberpunk esthetic game looking damn scary as the game is set in Tokyo, with the setting largely based on the backdrop of horror and paranormal activity-filled Tokyo. The game will be releasing for PS5 in 2021, the gameplay features the first-person combat which also looks good, wait till any more news. You will be notified so stay tuned to us.

This one of the first announced games that are going to come to PS5.The developer Gearbox will release this game as a standalone game and will build its reputation as the Borderlands game.