After the movie has been delayed on Netflix, fans are indeed interested in knowing where to watch Uncharted? The Live action movie that was released back in February has caught the attention of the people recently after it was announced that the movie is set to premiere on Netflix on 15th July 2022. However, at the very last moment, it was delayed, and now, on the official Netflix Website, it is written the movie is coming in August. Although the production team has not listed the prime reason for the last moment delay, it disappointed the fans as they have been waiting for the release for quite some time now.

When the movie was released in February, it received positive reviews from critics, and fans have been waiting for a long for its release of the movie. Many viewers have watched the movie in the theatre, but indeed some have still not watched the movie and are waiting for it to premiere on Netflix. Well, the Netflix viewers need to wait for a while now, but not all. The movie is available on other streaming platforms, and you can easily stream it. But where to watch Uncharted. Let’s delve into the article and find out where to watch Uncharted.

Also Read: Tom Holland’s Best Movies That You Can Watch on His Birthday

What is the Plot of the movie?

Uncharted is entirely based on a game of the same name. Those who have played the game might be knowing that it follows the story of Nathan Drake, who is on a mission to find the greatest treasure in the world. The movie also revolved around Nathan and his counterpart Victor “Sully” Sullivan, who are on a quest to find the treasure, and also Nathan is looking for his brother. The beautiful movie is adapted from the popular PlayStation game “Uncharted” by Rafe Lee Judkins, Art Marcum, and Matt Holloway. The movie is helmed by the director of Venom Ruben Fleischer. He has received appreciation for his clap-worthy direction. To your knowledge, Ruben is also known for his comedy flick named Zombieland.

Nathan and Sully were on a mission where they encountered dangerous paths and people. The action-packed drama stars our beloved Spiderman in the lead. Tom Holland portrays the character of Nathan Drake and Mark Wahlberg was seen as Victor Sullivan. Both of them have outstanding work on the screen and certainly did justice to the character. The duo received lots of love from fans for their performance. In addition to them, the Uncharted cast also includes the name of stars such as Sophia Ali, Tati Gabrielle, and Antonio Banderas, who played the important role in the movie.

Where to watch Uncharted?

Sadly, Uncharted is not available on many online streaming platforms for now. But it will soon be available Netflix. Sony production has signed a deal with Netflix to stream the movie on their platform from 2022 to 2026. The deal is sealed and for sure very soon we will watch the movie on Netflix. Initially, it was set to premiere on 15th July, but now due to some Unreported reasons, the movie was delayed and is now set to premiere in August. 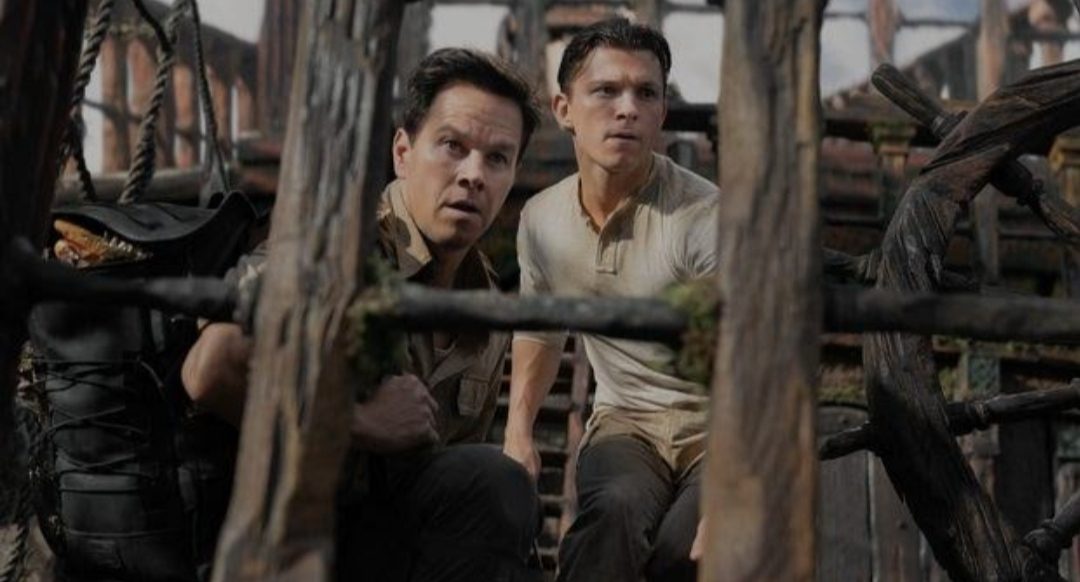 The movie has experienced enough delays. Initially, it was set to premiere in 2016 but was delayed and was set to release in 2017. Unfortunately, it was not released in 2017 and then was pushed to the dawn of 2020. Nonetheless, it was again got delayed and then was set to premiere in March 2021. After enough delays, it was finally released in Barcelona on 7th February 2022. A few days later on 11 February 2022, it was released in the UK and then in the USA on 18 February 2022. And if you are willing to watch the movie now, then we suggest watching them on VOD. Uncharted is available on VoD or DVD/ Blue Ray/4k. You can rent the movie and stream it on VOD. The movie is also available on Amazon Prime videos, Apple TV, Vudu Movie, and TV store.